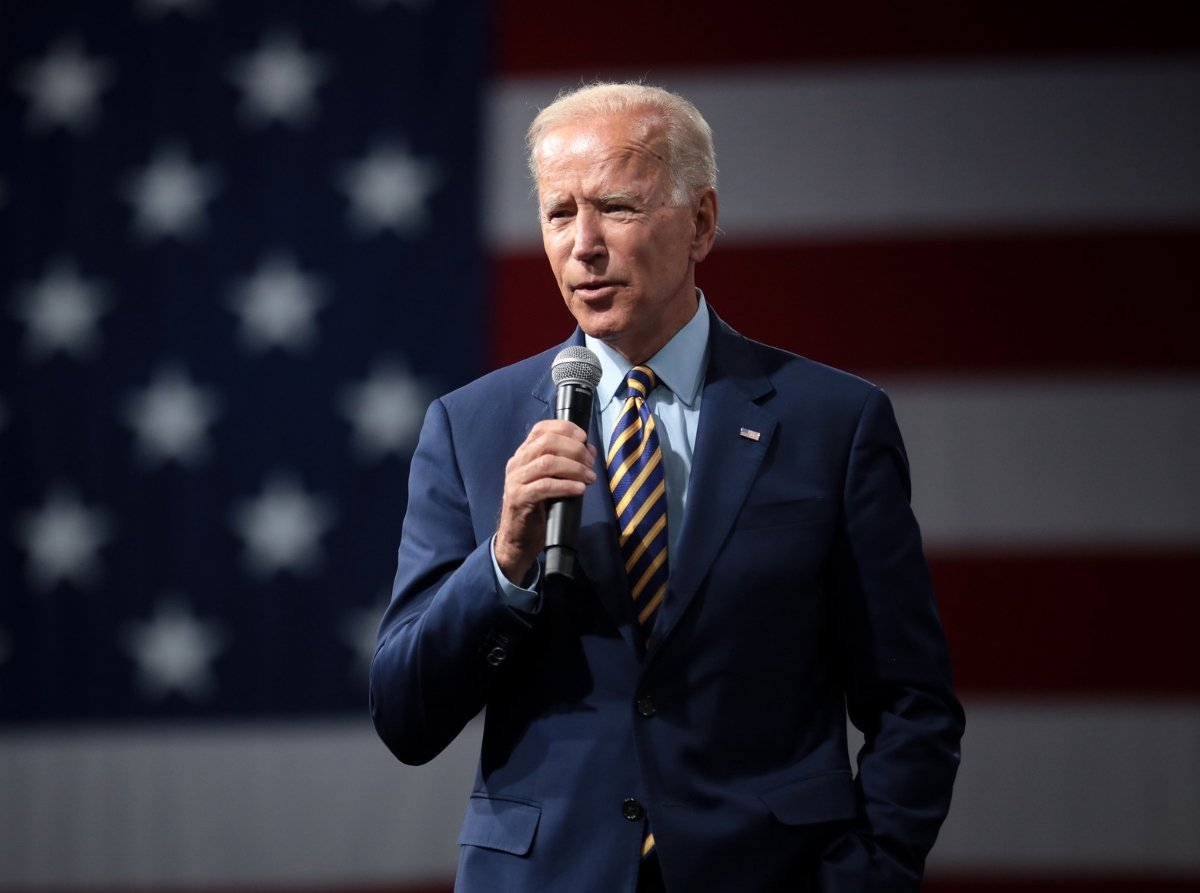 A spokesperson for Joe Biden lashed out at Facebook, blaming it for "shredding" American democracy, though the Biden camp paid more than $100M for ads on that same democracy-shredder.

So what do you do if you believe Facebook is “shredding the fabric of our democracy” and Mark Zuckerberg is a guy who maybe should face criminal prosecution?

If you’re Joe Biden’s campaign, you write Zuck a check for more than $100 million.

According to Facebook’s ad library,  that’s the amount of money Biden’s Facebook page spent on campaign ads since May 7, 2018. (So far, Trump’s page has spent more than $113 million, and is still spending.)

That’s not a complete accounting of the cash the two campaigns dropped on Facebook. Still, if you spend that kind of scrilla on something, you must believe it’s worthwhile on some level.

And yet, following the lead of his boss, Biden’s number two flack, some dude named Bill Russo, recently went off on Facebook because it hasn’t been handling disinformation and violent comments to his liking.

That’s to say, it was questionable enough that Russo thought better of it and quickly deleted it after the fact, according to a Business Insider report.

On November 7, Cohen, who’s taken up Zuck-smashing as a cause after piling onto the pro-censorship bandwagon last year, tweeted a photo of Trump and Zuck shaking hands at the White House, with the message, “One down. One to go.”

Russo RT’d the sentiment and added his own, “Hell yes,” before deleting it.

“If you thought disinformation on Facebook was a problem during our election, just wait until you see how it is shredding the fabric of our democracy in the days after,” he wrote.

Russo then detailed a small laundry list of kvetches that basically come down to the fact Facebook has content on its site that he doesn’t like. And when Facebook removes it, it doesn’t remove it fast enough for him. (Oh, the irony.)

For instance, Trump’s roly-poly, onetime Rasputin, Steve Bannon, recently posted a video from his podcast, “War Room Pandemic,” in which he fantasized about planting the heads of Dr. Fauci and FBI director Christopher Wray “on pikes,” Tudor-style, outside the White House as a warning to recalcitrant bureaucrats.

Facebook said on Monday it removed a network of pages affiliated with Steve Bannon that had worked together to push false information about the presidential election. The pages were followed by roughly 2.5 million people.https://t.co/mrDV0xvwlH

Facebook removed the video as a violation of its terms of service, but Russo complained that the video was “live on Facebook for 10 hours before it was removed after a journalist inquired about the video.”

Russo professed annoyance that Bannon’s page “is still live on Facebook.” Which indeed it is, though Facebook reportedly has taken down several pages that had been amplifying Bannon’s message.  Bannon claims his bloody rhetoric was all metaphor, BTW.

Similarly, Russo doesn’t like that the pro-Trump Facebook group “Steal the Vote” was not muzzled quicker. Facebook had “enabled” conspiracy theorists, allowing the group to grow “to over 300k members” before it was finally taken down “under pressure,” he wrote.

The current partisan bickering over Section 230 resembles a colossal game of Jenga, where both sides threaten to pull the one block that will make the modern internet as we know it come crashing down.

Never mind that Facebook axed the group 24 hours after its inception due to “worrying calls for violence,” according to a FB spox quoted by The New York Times.

Nope, not fast enough for Billy-boy.

Russo’s even ticked that Facebook allowed a November 9 press conference by top White House spokeswoman Kayleigh McEnany to run “unmediated” on Facebook, though Fox News anchor Neil Cavuto famously cut away from McEnany, who at the time was alleging, wrongfully, that Democrats were “welcoming illegal voting.”

Joe Biden says he wants Section 230 "revoked, immediately." He's the only presidential candidate to call for this kind of dramatic change to the law.https://t.co/vRdzRncdml

Thing is, if Russo wants everything fact-checked before it goes live on Facebook, his jefe is certain to have some issues, suffering as he does from chronic wingtip-in-mouth disease.

The ever-Biden-friendly CNN recently acknowledged that Biden had “delivered some big whoppers” during the campaign, like the one where Biden falsely claimed to have been arrested in South Africa while trying to visit Nelson Mandela in prison. (Never happened.)

It’s bad enough that a high-ranking member of the president-elect’s team is calling for a private company to censor American citizens, something that is definitely not in his job description.

But as more than one news outlet has noted since Russo’s online conniption fit, Russo’s puerile messaging may telegraph the incoming Biden administration’s attitude toward Facebook and Silicon Valley in general.

In January of this year, during an interview with The New York Times editorial board, Biden expressed outright hostility to Facebook, Zuckerberg and to Section 230 of the Communications Decency Act of 1996, the federal law that generally holds interactive internet sites immune for user-generated content posted by others.

The U.S. “should be setting standards not unlike the Europeans are doing relative to privacy,” he said, and Zuckerberg should be “submitted to civil liability.” As for “a criminal offense” against the Zuck, Biden added, “That’s possible, it could happen.”

If you thought disinformation on Facebook was a problem during our election, just wait until you see how it is shredding the fabric of our democracy in the days after.

Look at what has happened in just the past week.

In the debate over Section 230, Republicans have taken the position that social media giants are too restrictive of conservative ideas, while Democrats have a long list of things that they believe Facebook should censor or moderate.

Interestingly, it is Section 230’s “safe harbor” provision that allows websites to moderate content without fear of being held civilly or criminally responsible for content posted by others.

The current partisan bickering over Section 230 resembles a colossal game of Jenga, where both sides threaten to pull the one block that will make the modern internet as we know it come crashing down.

Not that Zuckerberg is any great defender of free speech. He’s shown himself quite capable of bowing and scraping before Congress, as he did in testimony at a Senate Commerce Committee hearing in October, where he signaled that he was open to an “update” to Section 230 “to make sure it’s working as intended.”

In other words, Zuck’s ready to do a deal. He’s betting Facebook’s so big, it can weather future regulation.

As techdirt.com’s Mike Masnick wrote in a scathing critique of Zuckerberg’s concession, the Facebook overlord was “pulling up the innovation ladder he climbed behind him.”

The real danger in weakening Section 230, notes Masnick, will be to the idea of an “open internet,” like when Congress passed FOSTA/SESTA, which effectively outlawed adult advertising for sex work or anything that looks like it. The result? A freeze on free speech, wherein outlets like Reddit and Craigslist self-censored out of fear of possible prosecution.

Meanwhile, president-elect Biden acts like he wants to pull a Timothy McVeigh on Section 230, leaving Facebook and other social media in ruins a la the Murrah Federal Building circa 1995.

On the other hand, Biden’s spent in excess of $100 million buying ads on Facebook to help him attain the presidency.

(Front Page Confidential reached out to the Biden camp for comment on this apparent contradiction, but has yet to receive one in response.)

Unlike Facebook, Twitter made the decision to block paid political advertising. Would Biden and the Democrats rather Facebook close itself off as well, perhaps purge all political expression from its site?

The answer from the progressive crowd is that the left’s political expression is far superior and free of taint. Only the right’s odious speech needs to be reined in.

An eighth-grade social studies student could identify the flaw in this argument. Perhaps the president-elect’s advisers should consult one.

And, ICYMI, please check out:
“A Tourette’s Quinceanera,” by Michael Lacey
and
Arizona Republic Whitewashes Cindy McCain’s Promotion of Sex-Trafficking Panic, Comparing Her Favorably to QAnon