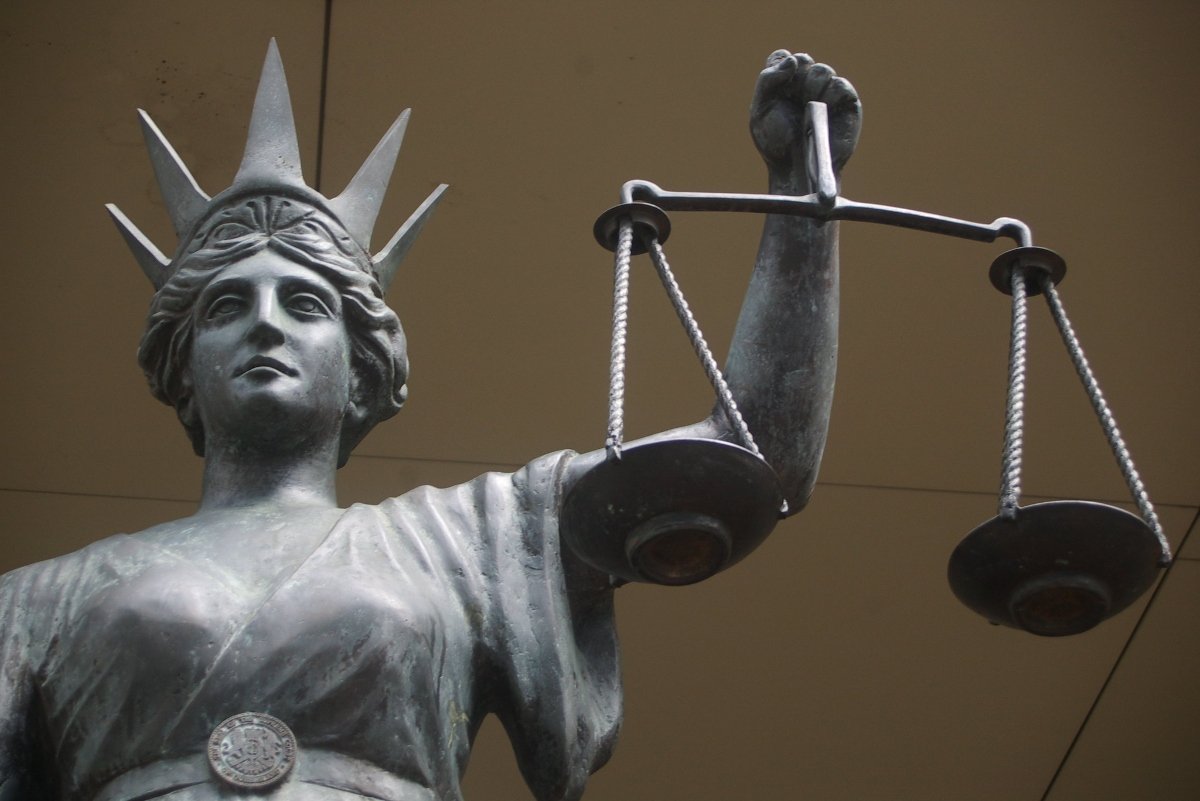 The confidentiality of attorney-client communications is essential to the U.S. justice system, which is why the DOJ's persistent violation of same is so outrageous. (Rae Allen via Flickr)

A new defense filing in the Lacey/Larkin case accuses the DOJ of repeatedly violating attorney-client privilege, running roughshod over the trial court's rulings in the process.

A fiery motion to dismiss filed in the Lacey/Larkin case on May 1 in federal court in Phoenix accuses the U.S. Department of Justice of “outrageous government misconduct,” claiming federal pettifoggers and government agents repeatedly trampled upon the defendants’ attorney-client privileges, thumbing their federal noses at two court rulings against the prosecution in the process.

Defense attorneys for veteran journalists and publishers Michael Lacey and Jim Larkin contend that despite repeated warnings from defense counsel since the beginning of the case and two orders from federal Judge Steven P. Logan in October 2018, the government continued to question former Backpage CEO and owner Carl Ferrer concerning confidential legal advice that was subject to joint defense and representation agreements with other defendants.

Ferrer had secretly turned state’s evidence on April 5, 2018, pleading guilty to one count of conspiracy in return for his cooperation in the prosecution of Lacey and Larkin, with whom Ferrer co-founded Backpage in 2004. (Note: Lacey and Larkin sold their interests in Backpage in 2015, three years before their arrests.)   On the following day, April 6, 2018, the FBI unsealed an indictment against Lacey and Larkin, arresting the two men and seizing and shutting down Backpage, in an egregious act of direct government censorship.

Released over a week later on $1 million bonds each, Lacey and Larkin now face 100 counts of conspiracy, money laundering and the facilitation of prostitution in violation of the U.S. Travel Act. All of their assets have been seized or frozen, including assets that pre-dated the creation of Backpage, and the two men wear ankle monitors that generally prevent them from traveling outside of Maricopa County, Arizona without permission from the court.

Key to the prosecution’s case is Ferrer, the government’s star witness. The recent defense motion alleges that the government grilled Ferrer repeatedly through “seven successive interviews” over the course of 13 months, beginning the day of his plea deal. Details of those interrogations were revealed when the prosecution belatedly made available FBI memos and written records of interviews, commonly known as 302 forms, in late 2019.

Though the references to those memos and 302s have been redacted in the public version of the motion, the defense maintains that prosecutors repeatedly asked Ferrer about matters subject to these joint representation and defense agreements that the Backpage boss had made with Lacey, Larkin and others.

In doing so, the motion says the government engaged in “outrageous” and “unconstitutional” misconduct. Prosecutors “willfully invaded” Lacey and Larkin’s attorney-client privileges in order to “gain a tactical advantage in the case,” thereby violating the defendants’ Fifth Amendment right to due process of law and their Sixth Amendment right to counsel.

“Normally, I would say that careful prosecutors and agents avoid being in this position like the plague. But in this case, the government has adopted a win-at-all-costs approach and [an attitude] that the ends justify the means.” — Michael Piccarreta, Tucson defense attorney and former Arizona State Bar president

Barring outright dismissal, the motion asks for an evidentiary hearing to determine the extent of the harm done to the defendants and possible sanctions against the government, such as the exclusion of Ferrer as a witness, the suppression of other evidence, or the disqualification of the entire prosecution team.

U.S. District Court Judge Susan M. Brnovich, who took over the case in March 2019 after Judge Logan (the original trial judge) recused himself for unknown reasons, has set oral arguments on the motion for June 16, a date already set aside for the parties to discuss the jury questionnaire for the trial, which is currently scheduled for August 17.

After reading the motion, Tucson defense attorney and former Arizona State Bar president Michael Piccarreta told Front Page Confidential that if the allegations in the motion are true, it would be “a serious problem for the government.”

Piccarreta should know. He was involved in the case long before the arrests, representing one of Lacey and Larkin’s co-defendants until May 2019, when he and another attorney were forced to withdraw after the government unexpectedly seized money set aside for the defense of their clients.

While still on the case, Piccarreta wrote two letters, one as early as April 25, advising  Assistant U.S. Attorneys Kevin Rapp, now the lead prosecutor, that regardless of Ferrer’s plea deal, the ex-Backpage honcho was subject to joint representation and joint defense agreements involving the other defendants.

“Normally, I would say that careful prosecutors and agents avoid being in this position like the plague,” Piccarreta said. “But in this case, the government has adopted a win-at-all-costs approach and [an attitude] that the ends justify the means.”

He added that there was a “subtle sort of Victorian moral crusade in the background” of the government’s prosecution, so it would not surprise him if the allegations against the prosecutors were true.

The judge in the case should order an evidentiary hearing, Piccarreta opined, and “make the government under oath explain what happened.”

Although it is a hearing that the government will undoubtedly oppose, he said.

And for good reason. Ferrer signed a waiver of attorney-client privilege as part of his plea agreement, but in October 2018, Judge Logan twice found that Ferrer was nevertheless circumscribed by his joint legal agreements with the defendants. Ironically, in both cases, Logan’s decision was prompted by motions from the prosecution.

About two weeks after the defendants’ arrests in April 2018, the government sought to disqualify Lacey and Larkin’s First Amendment attorneys from the firm of Davis Wright Tremaine and Lacey’s personal attorneys from the firm of Henze Cook Murphy. The prosecution argued that both firms suffered from “incurable” conflicts of interest because both firms had been involved in years of litigation involving Backpage and Ferrer.

But in his October 12, 2018 opinion, Logan ruled that Ferrer had “waived his right to seek disqualification” of both firms in previous joint agreements, “or to assert any conflict of interest in the case.” He also observed that the Ninth U.S. Circuit Court of Appeals “has long recognized that the joint defense privilege is `an extension of the attorney-client privilege.'” As a result, Logan denied the government’s request.

On October 18, 2018 Logan again ruled against the government, rejecting the prosecution’s attempt to access a tranche of emails that had previously been deemed protected by attorney-client privilege. The government cited Ferrer’s written waiver of his attorney-client privilege as their license to use the material, while the defense countered that Ferrer was prohibited from disclosing privileged information by a joint defense agreement he signed during his time at Backpage’s helm.

“When prosecutors are looking for trophies, they push harder.” — Michael Piccarreta

Ultimately, Logan found that Ferrer was bound by the terms of the joint defense agreement, pointing out that he already had “recognized the validity” of that agreement in his October 12 order. Logan wrote that the “plain text” of the agreement states that “materials shared between the parties” were “protected from disclosure” without first obtaining the written consent of all parties involved.

Rightly suspicious of the government’s attorneys, the defendants argued in a cross-motion that discovery was necessary to see if they had been prejudiced by any communication between Ferrer and the government regarding joint defense or representation agreements.

Logan denied this request, writing that he found “the defendants’ concerns . . . unfounded at this point.”

Lacey and Larkin’s recent motion alleges that the government had been hiding the ball from the court and from the defendants from jump and had been violating attorney-client privilege by interrogating Ferrer about advice of counsel from the very first interview with him on April 5, 2018.

And yet, after Logan’s double-barreled ruling against the prosecution, did the government shape up and change its mischievous ways?

The government interviewed Ferrer again on December 14, 2018 and “repeatedly inquired” about confidential communications. Then on February 5, 2019 and May 13, 2019, the government had Ferrer “review notes and memoranda of the 2018 interviews all over again” and asked him to “reconfirm or comment on the information therein, including all the privileged information they had previously elicited.” (Emphasis in original.)

Effectively, this is like playing Texas hold’em with marked cards, allowing the prosecution to anticipate possible defense strategies and prep witnesses accordingly.

Piccarreta compared the defense allegations of impropriety to the prosecutorial misconduct that occurred in the corruption trial of former Alaska Senator Ted Stevens, whose conviction was tossed by a federal judge, or the recent allegations of FBI overzealousness that have dogged the case of former Trump National Security Advisor Michael Flynn.

“When prosecutors are looking for trophies, they push harder,” Piccarreta said.

The wily defense counsel admitted that in the federal system, pre-trial motions to dismiss, such this one are rarely granted.

In fact, this is the sixth motion to dismiss filed by the defendants in the case. The other five were unsuccessful.

Barring dismissal, Piccarreta said the judge has a number of options on the table, depending on how egregious the government’s conduct turns out to be, such as the suppression of witnesses or evidence, or the removal of some or all of the prosecution team.

Piccarreta observed that the government’s perfervid zeal in this case was uncalled for, as it is “a white collar case with non-violent defendants [who have] no criminal history.”

He believes the government is trying to keep as much as it can of its investigation and prosecution secret prior to the trial.

“But at the end, they’re going to have to let it hang out,” he said. “And I just hope everything comes out before trial, that it’s not one of those things we should have learned about two or three years ago.

“You know, shenanigans within the Justice Department.” 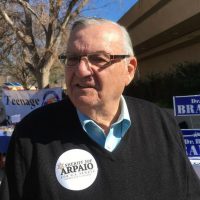 Are You Racist and/or Anti-Semitic? Joe Arpaio Wants Your Money and Your Vote!