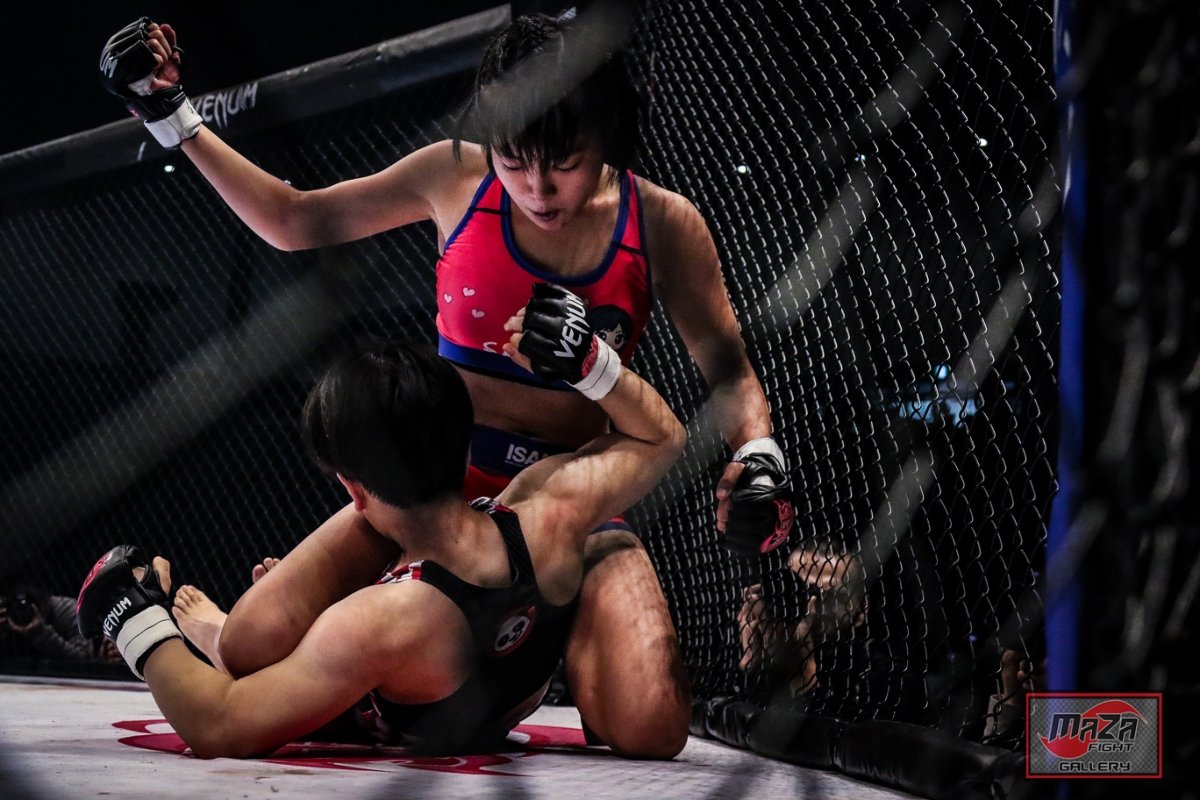 Reason magazine’s Elizabeth Nolan Brown is the Conor McGregor of Twitter cage fights. Step into the octagon with her, and you’re guaranteed to wake up the next morning nursing your fractured ego, as Josh Hawley, Missouri’s junior U.S. Senator, can now attest from a scrap he had with the libertarian firebrand last week.

Brown, a senior editor at Reason, has written more about the government’s hunt for Backpage than any reporter alive. She also has a vicious verbal left hook that she repeatedly applied to Hawley’s glass jaw after Hawley name-checked the erstwhile online classifieds giant Backpage.com during a Twitter rant against Big Tech. Hawley’s tantrum began June 4 and extended over the next couple of days.

Sounds like someone is still salty he couldn’t harass Backpage on fake charges as well as his Dem twin Kamala Harris did https://t.co/RqOZoWhmDt

Hawley, a newbie to the Senate, has made Big Tech his whipping boy and Section 230, the federal law that generally holds interactive websites harmless for third-party content, the object of his perpetual scorn. The unctuous Ozarkian longs to gut the law into obsolescence, allowing the government to regulate speech on privately-owned outlets. An anti-free speech position if there ever was one.

Using Backpage as his straw man in a June 5 Tweet, the Show-Me-State pol referred to Backpage as a “sex trafficking site” that utilized Section 230 “as a shield for many years” — part of a Twitter jeremiad he had begun the previous day.

That reference apparently caught the eye of Brown, who baited the hapless Hawley on June 6 by retweeting him, stating, “Sounds like someone is still salty he couldn’t harass Backpage on fake charges as well as his Dem twin Kamala Harris did.”

This colloquy requires a bit of an explanation for the uninitiated.

See, throughout Backpage’s existence, federal and state courts have consistently ruled that both Section 230 and the First Amendment protected Backpage and its owners from government persecution.

Note how @HawleyMO makes up an “asian organized crime” ring and sex slaves to justify harassing immigrant businesses, shutting them down, & stealing their money. A THREE YEAR investigation. And what did he find? A few women giving massages w/out the right state licence

This legal consensus held fast, right up until April 6, 2018: the date the site was shuttered and its former owners, veteran newspapermen Michael Lacey and Jim Larkin, were arrested on false allegations involving money laundering, conspiracy and the promotion of prostitution in violation of the U.S. Travel Act.

Significantly, neither Lacey, nor Larkin, nor any of their four co-defendants are alleged to have direct involvement with prostitution, defined as consensual commercial sex among adults, or with sex trafficking, a far more serious offense, in which minors are induced to participate in the sex trade, or adults are made to do so through force, fraud or coercion.

Rather, prosecutors are pursuing an implausible theory of vicarious liability, whereby they seek to hold Lacey and Larkin responsible for alleged criminal acts supposedly connected to adult ads posted to Backpage by its users.

Even before the feds pounced, Backpage was the bête noire of state prosecutors, such as Hawley, who was elected Missouri’s Attorney General in 2016. But the ambitious glad-hander quickly pivoted to running for the U.S. Senate in 2018 against Democrat Claire McCaskill, whom he bested by nearly six percentage points in the general election, putting her out to pasture.

P.S. for anyone who’s new around here & wonders why I might say this about the men who started Backpage— former New Times & Village Voice Media heads Michael Lacey & James Larkin—please see this https://t.co/gqUbtOrJPt

A former county prosecutor, McCaskill was no piker when it came to scapegoating Backpage, and maybe that’s where Hawley got the idea to jump on board the techlash bandwagon. Early on in his AG-ship, Hawley opened an investigation into Backpage on allegations that the company was facilitating sex trafficking through adult ads on the site. Lacey and Larkin had sold the company in 2015, but Backpage was much in the news in 2017 because of a bogus Congressional investigation.

As a result of Hawley’s actions, Backpage unsuccessfully brought a civil suit to stop his probe, which ultimately went nowhere. After the feds took down Backpage, Hawley sought criminal contempt charges and civil fines against the law firm that represented Backpage in its suit against Hawley. But the federal judge in the case denied the AG’s motion.

Brown’s reference to Democratic Senator Kamala Harris of California is a further dig at Hawley. In 2016, while she was that state’s Attorney General and also campaigning for Senate, Harris brought pimping, conspiracy and money-laundering charges against Lacey, Larkin and Carl Ferrer, the person to whom Lacey and Larkin sold Backpage in 2015.

Harris’ pimping charges were a bigger disaster than the Edmund Fitzgerald. State judges dismissed the bum pimping counts on two separate occasions: in December 2016, and later in 2017, several months after a vindictive Harris refiled the charges just before leaving for her newly acquired Senate gig. (The money laundering case against Lacey and Larkin still languishes in California state court, BTW.)

The feds have since flipped Ferrer, who pleaded guilty to one federal conspiracy count, and to state counts of conspiracy and money laundering in California and Texas. In exchange, Ferrer agreed to cooperate with the U.S. Attorney’s Office in the prosecution of Lacey and Larkin.

This is a remarkable thread, in which prominent #BigTech defender and supposed “libertarian” PRAISES human traffickers and the founders of the trafficking site Backpage. That says it all https://t.co/HGOXy7TQzt

Harris certainly was more effective than Hawley at using Backpage as a whipping boy. She had to know the pimping charges wouldn’t stick, since she had admitted in a letter to the Justice Department, signed by herself and 46 other state attorneys general, that the AGs lacked the authority to go after Backpage and its current and former execs. The charges were perfectly timed so as not to be dismissed before the November 2010 election.

“Hawley made a big deal about going after Backpage and utterly failed,” Brown writes in her Twitter thread. “He likes to blame Section 230. Then why did @HawleyMO fail so bad at every non-internet-adjacent ‘sex trafficking’ investigation he launched, too?”

Brown continued to pummel Hawley on Twitter for his failures as an AG, and for “peddling sex-trafficking hysteria to boost his brand.” She pointed to a massive bust of massage parlors that Hawley headed in 2017 as an example of the Yale Law School grad’s odious grandstanding, which Brown had reported on and debunked as part of her exhaustive feature for Reason‘s March 2020 print issue, “Massage Parlor Panic.”

"No one was ever charged with sex trafficking, labor trafficking, immigration violations, or even prostitution following those raids" https://t.co/m3VYx1LevP

The end result of Hawley’s creepy massage parlor caper? Brown writes that, “No one was ever charged with sex trafficking, labor trafficking, immigration violations, or even prostitution following those raids.”

She noted that as of December 2019, the only criminal charges brought “were for misdemeanor violations of Missouri massage licensing law, with seven massage parlor workers pleading guilty to one count each.”

On Twitter, Brown mercilessly pounded Hawley like Rocky Balboa slugging a slab of beef, calling Hawley out for his “long history” of “endangering sex workers and trafficking victims alike to stroke his own ego” and for publicity.

What's remarkable is me forgetting to follow @ENBrown until now. She schooled your ass.

Hawley shot back that he’d rescued a dozen women as part of his massage parlor sweeps, but Brown pointed to the court record, writing, “‘freed dozens of women from sex slavery’ . . . by arresting no traffickers, and charging the women themselves with unlicensed massage.”

Brown advised Hawley to “stop lying,” snarking, “Putting ‘sex slaves’ in jail and letting their perpetrators go is sure a funny way of helping, Josh.”

Just because someone is trading sex for money doesn’t mean they’re being trafficked, you asshat.

She also gave a full-throated defense of Lacey and Larkin, telling her considerable audience:

“Do not let him blame massage parlors, Section 230, Backpage, or the founders of Backpage—who are 10 times the man @HawleyMO will ever be—for his own failings as a prosecutor.

Tweeting her exclusive August 2018 interview with Lacey and Larkin, the first following their arrests by the feds that spring, she wrote:

“P.S. for anyone who’s new around here & wonders why I might say this about the men who started Backpage— former New Times & Village Voice Media heads Michael Lacey & James Larkin—please see this.”

Hawley’s cabeza practically exploded in fake outrage. He RT’d what he called Brown’s “remarkable thread,” calling her a “supposed ‘libertarian'” and knocking her for praising “human traffickers and the founders of the trafficking site Backpage.”

No, Hawley is just a braying jackass who likes to stand in front of cameras. He never finishes anything. When the cameras move on so does Hawley. How's that Missouri Catholic church investigation Hawley promised in order to get elected going? Crickets. pic.twitter.com/rRpdNAXjN0

The Agony of Defeat

Sounds like Hawley’s following the advice of a certain infamous German chancellor about telling the “big lie.” Lacey and Larkin are not “human traffickers,” nor was Backpage a “trafficking site,” any more than Craigslist or Twitter are today.

Rather, Backpage was a classified listings site, that allowed users to post ads for everything from antiques for sale and help wanted to legal adult ads for things such as striptease, escorts, fetishes, and so forth.

Lacey and Larkin founded the business in 2004 as an alt-weekly answer to Craigslist, which had come to dominate the classifieds market and as such was siphoning off a revenue stream badly needed by alternative news sources, such as the 17-paper chain of weeklies they came to own, Village Voice Media.

Indeed, Brown, a true libertarian in every sense of the word, is right when she says Hawley isn’t half the man Lacey and Larkin are.

The Twitterverse overwhelmingly backed Brown in this dispute, with one person asking Hawley, “Is one of your elected duties gaslighting the American people?” and another, using an antique-looking illustration of duck, calling Hawley’s argument “BUTTSAUCE.”

One other wag, with the handle, “mr. gorbachev, tear down this statue,” offered this bit of sarcasm:

“I guess the women can’t be trafficked if they’re in jail.”

And then there was this analysis from Twitter user Sean Murphy:

“It seems to me that you’re full of it, that you arrested these women and used them as a prop (as Trump used the Bible) while letting their traffickers off the hook. It would be a lot more plausible if you used the bible as a prop and Trump used the massage parlor employees.”

Bottom line, Hawley got owned, smacked around like a soggy umbrella.

And ENB? She remains the people’s champ. 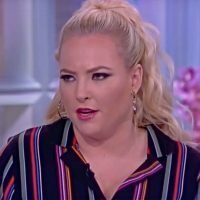