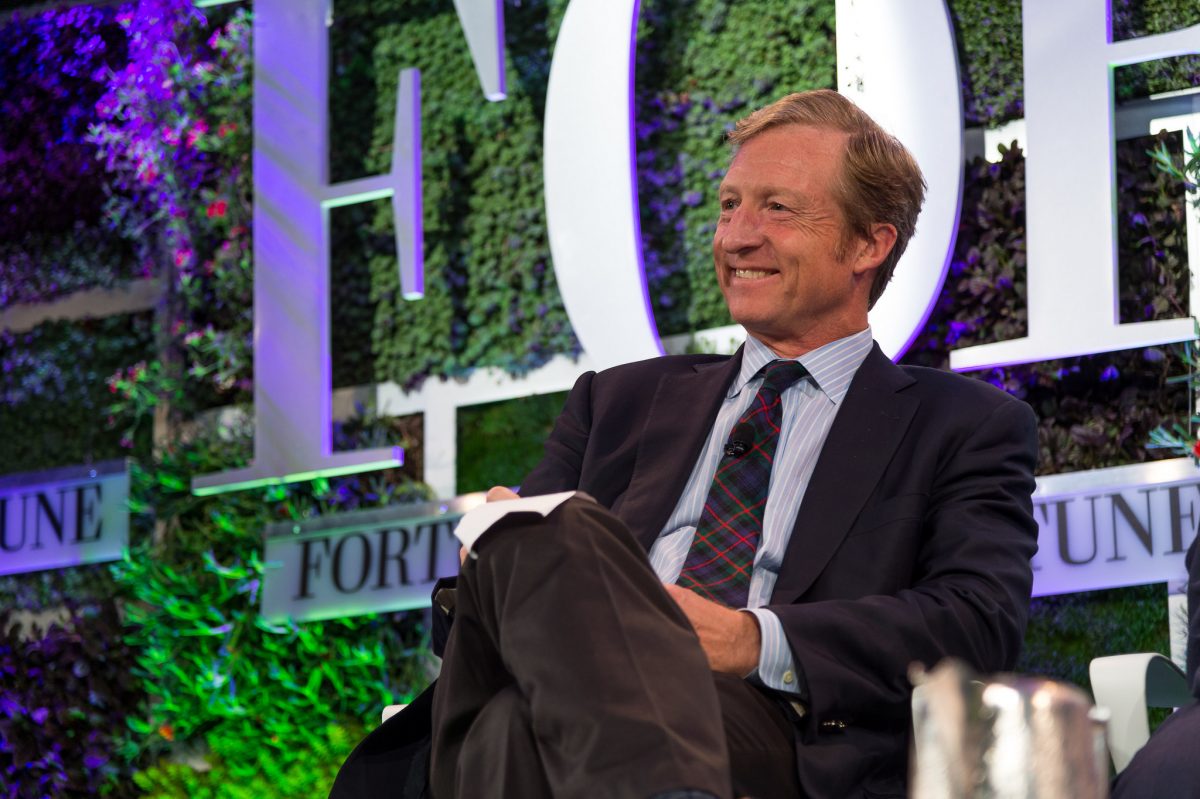 When Donald Trump calls someone “wacky & totally unhinged” on Twitter, that’s practically a badge of honor in certain circles.

Progressive California moneybags Tom Steyer earned the insult the old-fashioned way: by spending $10 million of his estimated $1.6 billion fortune on a drive to expel Trump from the Oval Office via impeachment.

In doing so, Steyer’s essentially giving the middle-finger salute to both Trump and Fox News, a.k.a the president’s personal Pravda. The latter pulled Steyer’s impeachment ad from the air after it ran during Trump’s fave morning show, Fox and Friends, claiming it peeved the program’s viewers.

In the ad, we hear Steyer’s voice, then see him facing the camera, making a 60-second case for impeachment.

Trump has “brought us to the brink of nuclear war,” obstructed justice, taken money from foreign governments, and “threatened to shut down news organizations,” Steyer intones.

If that’s not enough to remove Trump from office, the former hedge-fund manager asks, “then what has our country become?” Steyer further calls Trump “mentally unstable” and a “clear and present danger” who has his finger on America’s nuclear trigger.

And Fox News axed the ad.

Fox News co-president Jack Abernethy later issued a statement: “Due to the strong negative reaction to their ad by our viewers, we could not in good conscience take [Steyer’s] money.”

Wacky & totally unhinged Tom Steyer, who has been fighting me and my Make America Great Again agenda from beginning, never wins elections!

Steyer’s attorney Brad Deutsch disputed Abernathy’s contention in a November 3 letter to the executive. Fox News “unconditionally accepted” payment for the ads, Deutsch noted. (The ads had already run for a week on Fox News and other Fox outlets.) Fox News obviously had caved to presidential pressure, Deutsch wrote.

In a November 4 Facebook post, Steyer echoed the allegation, calling the ad-yank “a blatant act of censorship.”

Snyder told Forbes.com that proving a 1A violation would require evidence that Trump contacted Fox News and threatened retaliation if network didn’t yank the commercial. Barring that, the tiff boils down to a contractual dispute.

All the same, it’s a contractual dispute that Steyer is exploiting to the hilt, expanding his online campaign against Trump and starting another petition blasting Fox News for censoring him.

As awesome as it is watching Steyer play Bruce Wayne to Trump’s Joker, Steyer likely has ulterior motives.

After all, articles of impeachment would have to pass the U.S. House before a trial could take place in the Senate. So as long as the House remains solidly Republican, impeachment is a long shot.

Many Democrats are chilly toward making Trump’s impeachment a goal while special counsel Robert Mueller continues to probe Russian interference in the 2016 election. House Minority Leader Nancy Pelosi, for instance, recently told Los Angeles Times columnist Doyle McManus that impeachment isn’t a priority. Politicizing the process could alienate voters in advance of the 2018 elections, she fears.

Other top Dems agree, according to Politico.

Additionally, poll numbers show the American public isn’t there yet. A recent Politico/Morning Consult Poll revealed that while 40 percent of the populace thinks impeachment proceedings should begin, 49 percent are against the idea.

But Steyer has nothing to lose. Some speculate that the pro-immigration, pro-environment lefty might run for governor of California next year or challenge U.S. Senator Dianne Feinstein’s re-election. His impeachment activism earns him attaboys, potential supporters, and “Likes” on Facebook.

Politico reports that “Steyer is the Democratic Party’s single largest donor,” citing his $165 million in contributions to the party and its candidates over the past couple of election cycles. That investment paid off with big wins on November 7 in New Jersey, Virginia, and elsewhere.

And should Trump eventually be impeached, Steyer will score bragging rights for life.

Asked by Newsweek if he had any words for Trump, Steyer extended an invitation of sorts to his foe:

“The only thing I can say to the president is, ‘Please sign our petition.'” 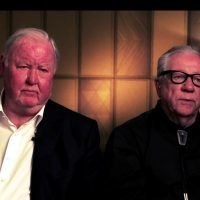