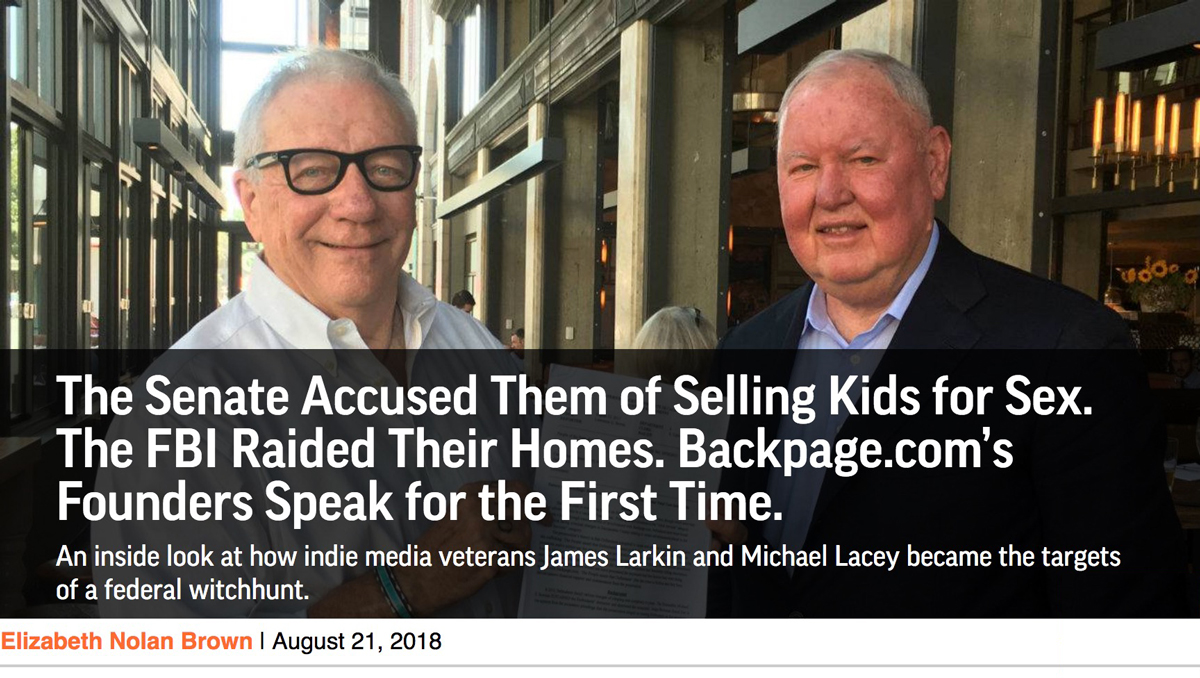 In an in-depth profile by Elizabeth Nolan Brown published this week on the website Reason.com, veteran newspaper publishers and former Backpage.com co-owners Michael Lacey and Jim Larkin spoke out candidly about their arrests on federal charges of money laundering, conspiracy, and violating the Travel Act.

Read More:
“The Senate Accused Them of Selling Kids for Sex. The FBI Raided Their Homes. Backpage.com’s Founders Speak for the First Time.”

Over the course of four decades, Lacey, 70, and Larkin, 69, worked to build Village Voice Media into a groundbreaking national chain of local weeklies that gave no quarter to corrupt or arrogant civic power brokers and government officials.

Now the longtime business partners, whose publications have garnered upward of 1,000 local, state, and national journalism awards, face the prospect of spending the rest of their lives behind bars.

Their supposed crime: exercising their First Amendment rights by providing an online platform on which users could publish classified advertisements. Federal prosecutors have accused the men of using Backpage to promote and/or facilitate prostitution.

“We’ve never, ever broken the law. Never have, never wanted to,” Larkin told  Brown. “This isn’t about sex work to me. This is about speech.”

Added Lacey: “This is the biggest speech battle in America right now. The First Amendment isn’t about protecting the rights of the McLaughlin Group to speak their mind on television. This is specifically what the fuck it’s about. Unpopular speech. Dangerous speech. Speech that threatens the norm. Not only do we have that right, our readers have that right.”

“The Senate Accused Them of Selling Kids for Sex. The FBI Raided Their Homes. Backpage.com’s Founders Speak for the First Time.” 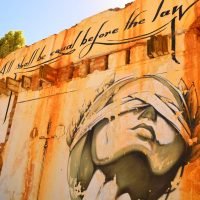 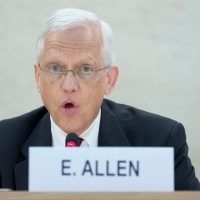