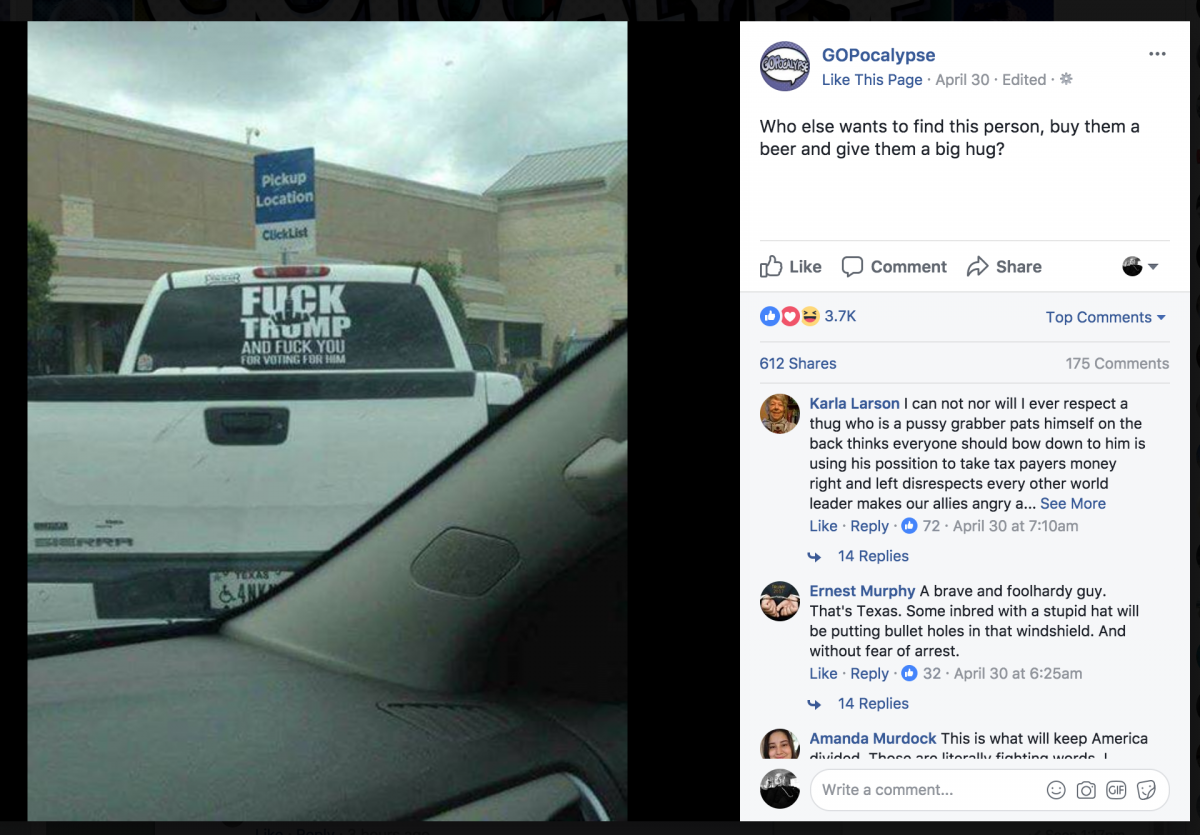 After a Houston-area sheriff erroneously warned a motorist via Facebook that she could be prosecuted for her "Fuck Trump" decal, deputies arrested the woman on an unrelated outstanding warrant.

Sheriff Troy E. Nehls of Fort Bend County, Texas, recently overstepped his authority by posting a message on Facebook about a white pick-up truck bearing a rear-window decal that reads, in hard- to-miss type: “Fuck Trump, and Fuck You for Voting for Him.”

Smack in the center of the Texas-size sticker is a fist flipping the bird. Sheriff Nehls’s Facebook post partially blacked out both the salty invective and the middle-finger salute.

Nehls, whose jurisdiction covers a southwestern swath of the Greater Houston area, suggested the pickup’s owner ought to contact him, because disorderly conduct charges might apply. He even went so far as to say the county prosecutor agreed.

Didn’t take long for the internet to call bullshit on the sheriff. Many, including the ACLU of Texas, pointing out the U.S. Supreme Court’s already okayed use of the word fuck on First Amendment grounds.

Tout de suite, Nehls deleted his post and tried to play it off, claiming in a statement, according to the Houston Chronicle, that he merely wanted to “prevent a potential altercation between the truck driver and those offended by the message.”

Didn’t hurt that the local district attorney said he’d never talked to Nehls about it and wouldn’t bring a disorderly conduct charge in such a case.

The woman driving the truck was unapologetic, as the Chronicle reports:

Karen Fonseca said the truck belongs to her husband but that she often drives it. They had the sticker made and added it to the window after the billionaire real estate magnate and reality TV star was sworn into office.

The sticker has attracted attention many times before, Fonseca said. People shake their head. They take photos of it. Officers have pulled her over but failed to find a reason for writing a ticket.

Now the sheriff is taking it on, but Fonseca did not plan to contact him.

“It’s not to cause hate or animosity,” said Fonseca, 46. “It’s just our freedom of speech and we’re exercising it.”

Fonseca also told the Chronicle she used to work for the sheriff in the county’s jails.

The latest twist: Fonseca was arrested and booked into jail Thursday on an outstanding warrant for identity theft.

After bailing out on a $1,500 bond, Fonseca told ABC affiliate KTRK-TV in Houston that she didn’t know she had a warrant. She also found the timing of her arrest to be curious.

“People abuse the badge, in my opinion, and money talks,” she said.

For more on Fonseca’s arrest and the efforts to censor her, check the links below.

From the Houston Chronicle: 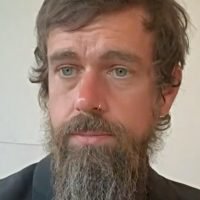