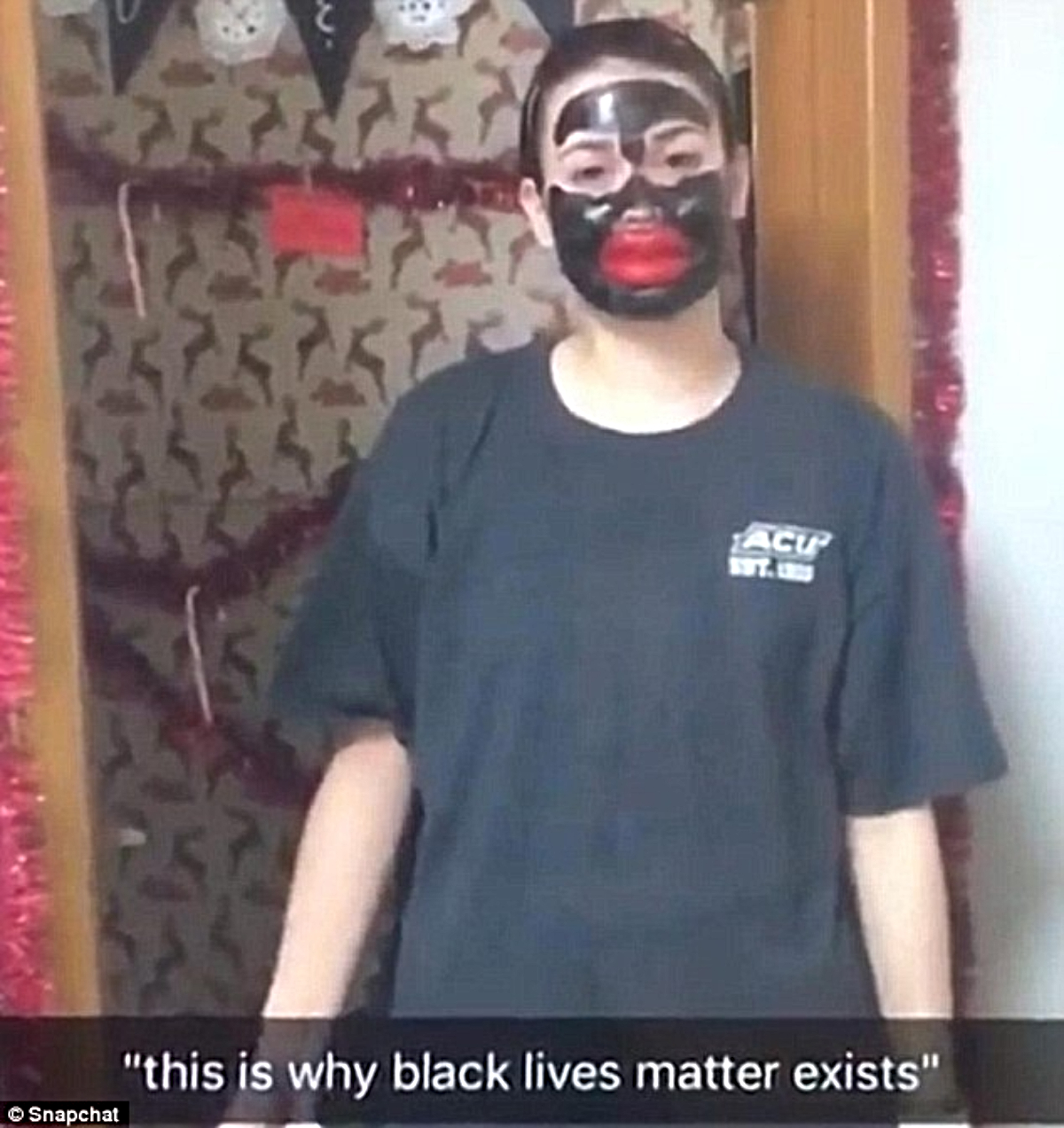 A word of advice to racists: Social media is not your friend (Snapchat screenshot via Daily Mail)

The First Amendment protects the right of racists to spew hate speech. But as the following examples illustrate, it won't shield them from a heaping helping of public pillorying.

Supreme Court Justice Oliver Wendell Holmes famously wrote in a 1929 dissent that if any Constitutional principle is paramount, “it is the principle of free thought — not free thought for those who agree with us but freedom for the thought that we hate.”

Holmes’s pronouncement has proved prescient. The high court has since affirmed and reaffirmed that the First Amendment protects even so-called hate speech from government sanction. Or as legal scholar Eugene Volokh put it in a 2017 piece for the Washington Post, there is no “hate speech” exception to the First Amendment.

But the First Amendment does not shield speakers from public condemnation, ridicule, or other negative consequences. And with the ubiquity of cell phones and social media, chances are greater than ever that bigots will be identified and pilloried online.

According to studies by various groups, including the Center for Investigative Reporting, Donald Trump’s presidency has coincided with a rise in hate incidents, a phenomenon some have dubbed the “Trump effect.”

The idea is that prejudiced people feel emboldened by having one of their own in the White House.

But as the following examples show, the Age of Trump will not spare bile spewers from a social-media backlash any more than the First Amendment can.

Cell-phone footage of New York attorney Aaron Schlossberg’s May 17 rant against Spanish speakers at a midtown Manhattan restaurant went viral after someone posted it online — and quickly made Schlossberg one of the most reviled men in America.  He’s now the subject of an ethics complaint. He has been booted from his office building, was filmed running away from news photographers while trying to hide his face with an umbrella, and a day after the outburst, a mariachi band serenaded his apartment as part of a “Latin party” attended by a large, festive crowd of New Yorkers. ¡Ay, caramba!

The guy in this video name is Aaron M. Schlossberg, he is an Attorney from Manhattan. Let's make sure his current and future clients see how he behaves outside of the courtroom. pic.twitter.com/Z2mQTKWuWU

In April, a white woman objected to two black men having a cookout in a park near Lake Merritt, in Oakland, California. According to news accounts, the woman referred to the area as “my park” and told the men it was illegal for them to use a charcoal grill there.

Video shows the woman on the phone as she contacts police and is confronted by passersby who accuse her of racism. She shrugs and contends it’s all about the grill. When the police finally show up, the woman breaks down in tears.

No citations were issued. The viral video inspired a community cookout at the site two weeks later and has led to a meme that features the stern-faced woman with her cell phone to her ear — calling the cops at the 1963 March on Washington, during Barack Obama’s inauguration, and on an episode of Soul Train.

Some have dubbed the woman “BBQ Betty.” Ridicule can be a beautiful thing.

Who. Did. This. *screaming* pic.twitter.com/IImi2Axxq1

Earlier this year, University of Alabama student Harley Barber thought it was a grand idea to post videos of herself on Instagram dropping the n-bomb. She uploaded one of the clips on Martin Luther King Jr. Day.

Barber didn’t see anything wrong with that.

Barber wound up regretting her rant. First her sorority disowned her, then the university expelled her. (The latter is a questionable action. As civil-liberties attorneys have noted, the University of Alabama is a public institution and is considered an arm of the government when it comes to the First Amendment.)

Barber had to pack it in and head back home to New Jersey, where her mom agreed with the university’s action. To the young woman’s credit, she apologized for the videos, admitting that she’d done something “really, really bad.”

Two coeds, Jasmine Barkley of William Paterson University and Kaitlin Listro of Penn State University posted companion videos of themselves in April, each dropping the n-bomb.

Barkley was booted from her sorority over the incident but remained clueless as to why people were ticked at her, later publishing a statement in which she argued that it wasn’t fair that African Americans could use the racial epithet but she couldn’t.

Both universities promised to investigate the incidents, though Penn State initially — and correctly — noted via Twitter that it couldn’t discipline a student over “constitutionally protected speech, no matter how offensive.”

5) “Is This Halloween or Something?”

In a video posted to Twitter on May 12, a white dude in a Coffee Bean and Tea Leaf in Riverside, California, gets all aggro when he sees a woman behind him wearing a niqab. He asks her sarcastically if it’s Halloween, and she asks him if she has a problem with her religion.

“I don’t like your religion,” he says puckering his face in disgust. “It says to kill me, and I don’t want to be killed by you. How’s that?”

Patrons in the shop quickly turn against the guy, with another man shouting from the back, “Get out of here. Fuck you, you racist!”

The supervisor on duty refuses to serve him because he’s being disruptive “and very racist,” and the man exits without his order.

No nonfat latte for you, asshole.

"I know your religion and I don't want to be killed by you."

This took place at a cafe in California yesterday. pic.twitter.com/4WAWKcQDh8

Going back to just after the presidential election, we have Abilene Christian University (ACU), a private institution in west Texas, which expelled several students on November 14, 2016, for an impromptu minstrel show they posted to Snapchat. An image from the video, which  the Daily Mail published online, shows a young woman in blackface with large red lips, wearing an ACU T-shirt. Underneath is the caption, “this is why black lives matter exists.”

ACU issued a statement via Twitter, introducing it by asserting, “Those involved in the offensive video circulating today are no longer students at our university. Harassment is not tolerated at ACU.”

As a private university, ACU can take a different view of the First Amendment than a public institution like Haley Barber’s never-to-be-alma-mater, the University of Alabama.

In early March of this year, self-described patriots Tahnee Gonzales and Elizabeth Dauenhauer made an outing to Tempe, Arizona, with three little kids in tow to “expose” the city’s Islamic Cultural Center, which opened in 1984 and sits in the center of Arizona State University’s campus.

The women took a self-guided tour of ICC’s grounds, during which they talked a bunch of ignorant smack about Islam and Arabs in general, all while videoing the excursion for YouTube. In the video, they deride Muslims as “devil worshipers” who “live off our taxes” and “use our Constitution against us” in a plot to impose sharia law on the U.S.

With the place seemingly vacant, the two women rip announcements off bulletin boards and load up on all the free literature they can find, encouraging their children to ape their racist remarks. (At one point, one little girl tells her mom that Muslims “smell like goats.”

One of the women warns the children not to touch anything, because it might be “diseased.” She encourages a pet dog they’ve brought along to pee on the grounds and complains that Muslims “breed like rats.” When a man emerges from inside the mosque, she gets into a shouting match with him, at one point yelling, “You guys rape goats!”

Gonzales and Dauenhauer proudly posted their video to YouTube, and the online condemnation was swift. The mosque contacted the Tempe Police Department, and on March 15, police arrested the women on charges of third-degree burglary.

Both women have pleaded not guilty. Marc Victor, attorney for Gonzales, has told local media that the First Amendment shields his client from prosecution.

On August 11, 2017, thousands of neo-Nazis, white nationalists, and devotees of the alt-right poured into Charlottesville for a nighttime tiki-torchlight march through the University of Virginia Campus. The following day saw local police fail to intervene as pro- and anti-fascist demonstrators confronted one another, often violently. The debacle culminated the death of Charlottesville resident Heather Heyer, who was killed when a white supremacist plowed his car into a group of counterdemonstrators.

Most of the nation was revolted by what happened in Charlottesville. (President Trump, not so much.) A Twitter campaign developed to identify and out the white nationalists who took part in the demonstration. Some were correctly identified and lost jobs or were ostracized by friends and family. Cases of mistaken identity did occur — which should give online vigilantes some pause, lest their speech land them in a libel suit.

Anonymous WHITE NATIONALISTS May Have Their IDENTITIES EXPOSED in Lawsuit Over #Charlottesville, Virginia, Violence
https://t.co/SUy4zSxBQ7 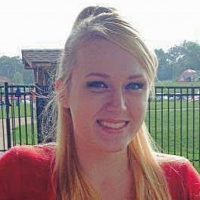