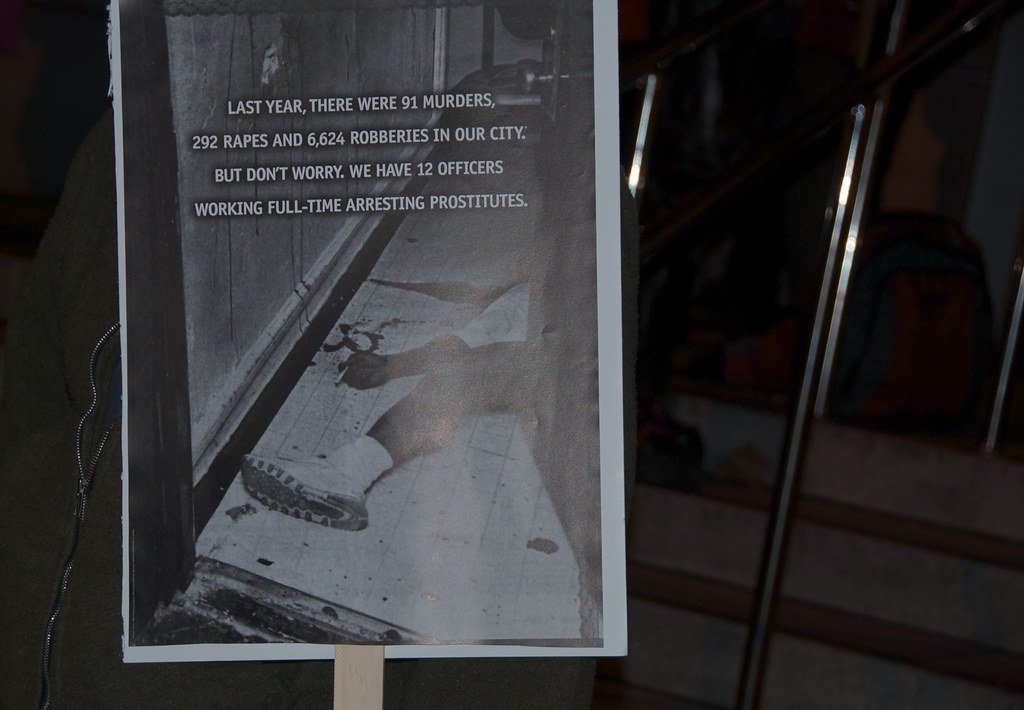 Illustrating the sham nature of its prosecution in the Lacey/Larkin case, the feds keep their grand jury chicanery under wraps, while fudging the definition of "prostitution."

The mendacity of the federal government’s prosecution of award-winning journalists Michael Lacey and Jim Larkin knows no bounds.

With less than a month before Lacey and Larkin’s Aug. 23 trial on allegations that they facilitated prostitution due to their former ownership of the website Backpage.com, the government claims it had no duty to correctly define “prostitution” to the grand jury in the case. And so far, prosecutors have dodged defining prostitution for the pending trial.

Instead, the prosecution has taken a free-wheeling “it’s whatever we want it to be” approach, typified by statements made by the government’s lead prosecutor, Assistant U.S. Attorney Kevin Rapp, at a June 7 hearing in Phoenix before federal Judge Susan Brnovich.

During the hearing, Rapp objected to the defense’s use of the word “escort” on a questionnaire being sent to potential jurors, claiming that, “escort” was “a misnomer.”

Rapp added that the wording “suggests that escort services is somewhat legal [sic],  though, “as we know, it’s only legal in a very a small county in Nevada, so . . . ‘prostitution services’ is really the right” phraseology.

The defense quickly pointed out that the escort industry is legal and regulated in Arizona, as it is in many states. Brnovich agreed there was a difference, then overruled Rapp’s objection.

But Rapp’s disingenuous assertion deepened the suspicions of the defense about the prosecution’s abuse of the grand jury, raising questions about the still-undecided issue of how prostitution will be defined at trial.

On June 9, Lacey’s attorney Paul Cambria filed a motion asking Judge Brnovich to order the disclosure of any instructions given to the grand jury regarding prostitution.

Cambria noted Rapp’s misstatements, and pointed out that the prosecution’s draft instructions for the trial jury “do not include the elements of a prostitution offense or offenses under state law.”

Prosecutors argue that even “extensive prosecutorial misconduct” before a grand jury “may not justify the dismissal of an indictment,” a statement that reads like a cynical, dystopian admission.

Which is a big deal. Lacey, Larkin and the other defendants are charged with up to 100 counts of conspiracy, money laundering, and the facilitation of prostitution under the U.S. Travel Act, an element of which is a state law or laws for prostitution.

Under the language of the Travel Act, the government must prove that the defendants used “the mail or any facility in interstate or foreign commerce, with intent to . . . facilitate the promotion, management, establishment, or carrying on, of any . . .  business enterprise involving . . . prostitution offenses in violation of the laws of the state in which they are committed.”

There is no federal law outlawing prostitution. Rather, prostitution is normally prosecuted as a misdemeanor under state statutes. What constitutes prostitution varies from state to state.

The government’s indictment of Lacey and Larkin relies on 50 ads prosecutors plucked from the millions that ran daily on the site before the government seized it and removed it from the internet on April 6, 2018.

But the indictment does not define prostitution either. It just says that the ads promoted  “prostitution offenses in violation of the state in which they are committed and of the U.S., including but not limited to” Arizona law.

The indictment mentions 24 states in connection with these ads. Did the prosecution inform the grand jury of the laws on prostitution in these 24 states? Did it tell the grand jury that “escorting” and “prostitution” are the same thing, as Rapp told Brnovich?

The government won’t say, and it is blocking the defense from seeing what it told the grand jury.

In response to Cambria’s motion, prosecutors argued that what happened before the grand jury was irrelevant as even “extensive prosecutorial misconduct” before a grand jury “may not justify the dismissal of an indictment.” Therefore, “the government has no obligation to provide legal instructions to a grand jury.”

But in a June 29 reply to the government, Cambria asserts that  any “failure to properly instruct the grand jury regarding the definition of ‘prostitution’ (including any statements relating to the legality of escort services) would violate defendants’ Fifth Amendment rights to an indictment issued by an independent grand jury.”

And in the case of a conviction, wrote Cambria, this violation would be “reversible error” on appeal.

Brnovich was unconvinced. In a July 15 order, the judge ruled that the defendants had not met the high bar for lifting the grand jury’s veil of secrecy.

Meanwhile, defense attorneys await a response from the judge on a request that she privately examine the grand jury record to review any instructions about prostitution.

Tucson defense attorney Michael Piccarreta smells a rat. The former president of the Arizona State Bar,  who previously represented one of Lacey and Larkin’s co-defendants, explains that generally, even in federal court where the rules for disclosure are stricter, he’s been able to get grand jury records.

“When I’ve had federal cases with upfront prosecutors, they just get an order from the court and they provide the grand jury transcript,” he tells Front Page Confidential. “When the government doesn’t voluntarily produce these things . . . then I get suspicious.”

As the indictment was unsealed three years ago,  there’s no longer a reason for secrecy, he explains.

Indeed, the government has conceded that it only produced two witnesses for the grand jury, both case agents who will not testify at trial. The defendants are white-collar and non-violent.

“There’s no legitimate reason to keep it secret, unless there’s something to hide,” says Piccarreta.

And the government’s instructions to the grand jury? “My guess is they are likely erroneous,” he says.

“The irony is that the government indictment has only made things worse for victims and law enforcement.” — Piccarreta

The government has successfully fought the release of the grand jury transcript before. However this time, the defense was specifically asking for any discourse about prostitution laws.

Defining prostitution goes to the heart of the case against Lacey and Larkin. According to Piccarreta, the government wants to make prostitution “as broad and as vague as possible” during the trial so prosecutors “can encompass everything under it and sort of pick and choose.”

Prosecutors maintain that the vast majority of the ads on Backpage were obviously illegal, notwithstanding several federal court rulings to the contrary.

Here are three such rulings:

During its 14 years in existence, Backpage successfully defended itself in federal and state courts across the country, overthrowing three state laws in the process.

But the government discounts all that, conflating legal adult sex work (escorts, striptease, sensual massage, etc.) with illicit commercial sex (i.e., prostitution), and conflating prostitution, or consensual commercial sex among adults, with the heinous crime of peddling children for sex, or coercing adults into the sex trade.

It’s important to note that Lacey and Larkin are not charged with pimping or trafficking and that they sold the site in 2015.

Moreover, a recent report from the U.S. Government Accountability Office has made clear that the feds’ takedown of Backpage helped force the adult ad market overseas, to operators unconcerned with adhering to U.S. law.

As a result, “the FBI’s ability to identify and locate sex trafficking victims and perpetrators” has been “significantly decreased,” thereby imperiling the lives of women and children.

“The irony is that the government indictment has only made things worse for victims and law enforcement,” Piccarreta observes.

This may explain the vindictiveness of the government and its willingness to break or bend any rule: destroying or suppressing exculpatory evidence; seizing all of Lacey and Larkin’s assets, including those set aside to pay lawyers; even misstating the law in court.

Because without a conviction, the public will be left with the knowledge that the DOJ’s crusade against Backpage did nothing more than consign the lives of trafficked women and children to their traffickers.

To deflect from its guilt in endangering the public, the government must convict Lacey and Larkin and bury them in prison, the truth be damned.

Here’s hoping that the defense will turn the tables, putting the government on trial instead, and laying blame where it justly should be. 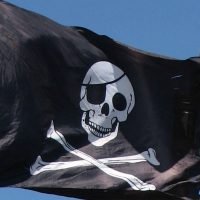