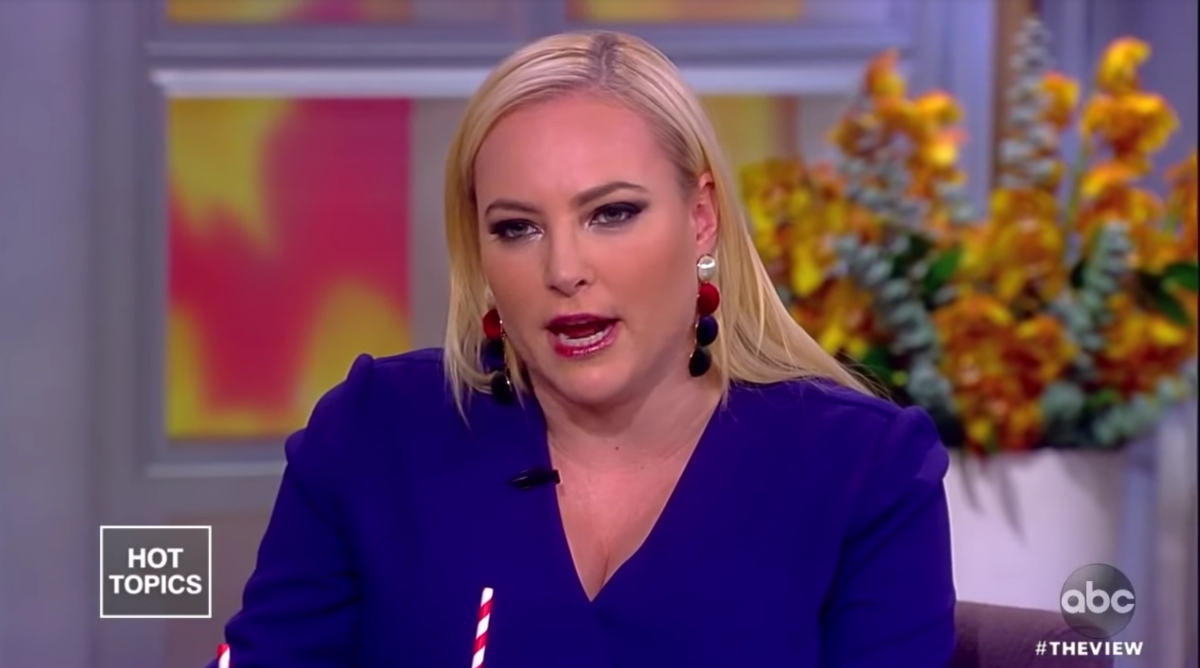 Meghan McCain must be immune to irony, because her recent diatribe against President Trump from her perch as a panelist on the ABC gabfest The View was chock-full of it, yet she bloviated her way through it with no ill effects.

In the opening segment for the show’s November 21 episode, Meghan, the daughter of U.S. Sen. John McCain, joined the U.S. media establishment in slamming Trump for standing behind Saudi Arabia, despite the CIA’s postmortem assessment that Saudi Crown Prince Mohammed bin Salman ordered the assassination of dissident journalist Jamal Khashoggi at the Saudi consulate in Istanbul on October 2.

In a November 20 White House press release, Trump called Saudi Arabia “a great ally in our very important fight against Iran” and promised that the United States “intends to remain a steadfast partner of Saudi Arabia to ensure the interests of our country.”

Of the CIA’s findings, Trump stated that “it could very well be that the Crown Prince had knowledge of this tragic event — maybe he did and maybe he didn’t!”

The president doubled down on his position later that day, telling reporters that he does not intend to risk billions of dollars’ worth of arms deals with the Saudis, nor the possibility of higher oil prices, in order to hold them to account for the Khashoggi assassination.

Saudi Arabia offered a “counterbalance” to Iran in the region, Trump insisted — a role he said is vital both to the U.S. and to Israel, America’s biggest ally in the Middle East.

“If we abandon Saudi Arabia, it would be a terrible mistake,” the president opined.

“Jamal Khashoggi was cut up into little pieces and brutally murdered for being a dissident journalist. His family are Americans here in this country,” she said. “There’s a tectonic shift happening in our country right now, where human-rights violations — we’re okaying them. We don’t have the same response that we once did.”

She later made reference to her father, a critic of the president, who died August 25 after a yearlong bout with a deadly form of brain cancer.

Some things may have been different when John McCain was around, but his daughter’s mawkish revisionism can’t change the fact that the man was a true and utter suck-up to Saudi Arabia.

Granted, the Saudis didn’t murder Khashoggi until after John McCain pushed up his first daisy (a titan arum might have been more suitable). But for as long as he continued to consume oxygen, the senator took a position regarding Saudi Arabia that could be boiled down to this: Despite the desert monarchy’s disregard for human rights and its worldwide export of a militant, fundamentalist form of Islam (Wahhabism), the United States of America’s bond with the House of Saud must endure.

To that end, John McCain was Saudi Arabia’s point man in Congress for decades, faithfully shepherding Saudi purchases of U.S. military weapons through the Senate.

In doing so, the senator downplayed concern for the Saudi government’s brutal treatment of its own people, and, in recent years, the country’s pursuit of a bloody conflict in Yemen, where a U.S.-backed Saudi coalition has engaged in aerial bombing campaigns that have killed thousands of civilians.

The President indicates that Saudi Arabia is the lesser two evils compared to Iran and so the US won’t punish Saudi Arabia for the brutal killing and dismemberment of a dissident journalist in their consulate. I disagree.

In March 2015, in a joint statement with Lindsey Graham, McCain welcomed Saudi Arabia’s intervention in Yemen and the advent of its aerial attacks. Reports from United Nations observers that the bombing campaign was targeting civilians did nothing to deter the senator from Arizona.

In 2016, as Rand Paul and others attempted to block the latest in a litany of arms sales to the kingdom, citing the conflict in Yemen among other concerns, McCain objected, deeming the documented acts of inhumanity insufficient to snuff an arms deal that would aid in their battle against Iranian-backed rebels.

Our foreign policy must be about promoting our national interests.

It is in our natl interest to defend human rights.

HR violations lead to mass migration, help extremism flourish & often result in new governments hostile towards the U.S. because we supported their oppressors.

McCain went so far as to scoff at the suggestion that declassified U.S. government documents showed that the Saudis were involved in funding the 9/11 attacks. Those very documents are now a source of crucial evidence in an ongoing lawsuit that 9/11 survivors and victims’ families filed against the Saudi government for its role in the terrorist attacks on U.S. soil.

Paul cited that lawsuit in a Senate floor speech in support of halting the arms sale.

“It’s not like, ‘Whoops, Saudi Arabia is sometimes wrong and they’re not that bad,’” Paul said. “They have a horrific human-rights record. There are people who believe them to be complicit in 9/11. This body voted unanimously to let the 9/11 victims sue them. And now this body wants to give them weapons? Does anyone sense the irony?”

No less ironic — or telling — was the fact that in in 2014, the Royal Embassy of Saudi Arabia had donated $1 million to John McCain’s namesake nonprofit, the McCain Institute for International Leadership.

In the wake of Khashoggi’s killing, the institute appears to have no intention of giving the money back, even as it continues to seize upon seemingly every opportunity to proclaim its support for human rights across the globe.

If Meghan were sincere in her concern over the kingdom’s attack on press freedom, she could appeal to her mother to order the institute to divest itself of the Saudis’ blood money.

Cindy McCain has the clout, after all: The McCain Institute’s board appointed the senator’s widow as its new chairwoman in October.

If the board were to demur, Cindy could skim $1 million off the top of the liquor-distribution fortune she inherited from her father and use the money to reimburse the institute.

If she hasn’t got the cash on hand, she could take out a second mortgage on the 5,000-square-foot home in Phoenix that she recently bought for $2.28 million.

For Further Reading:
“The Stains of John McCain: Remember John McCain as a Cunning Opportunist and Leave the Hero Worship to His Lackeys” 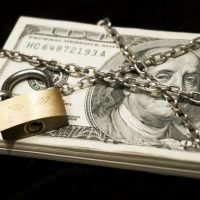