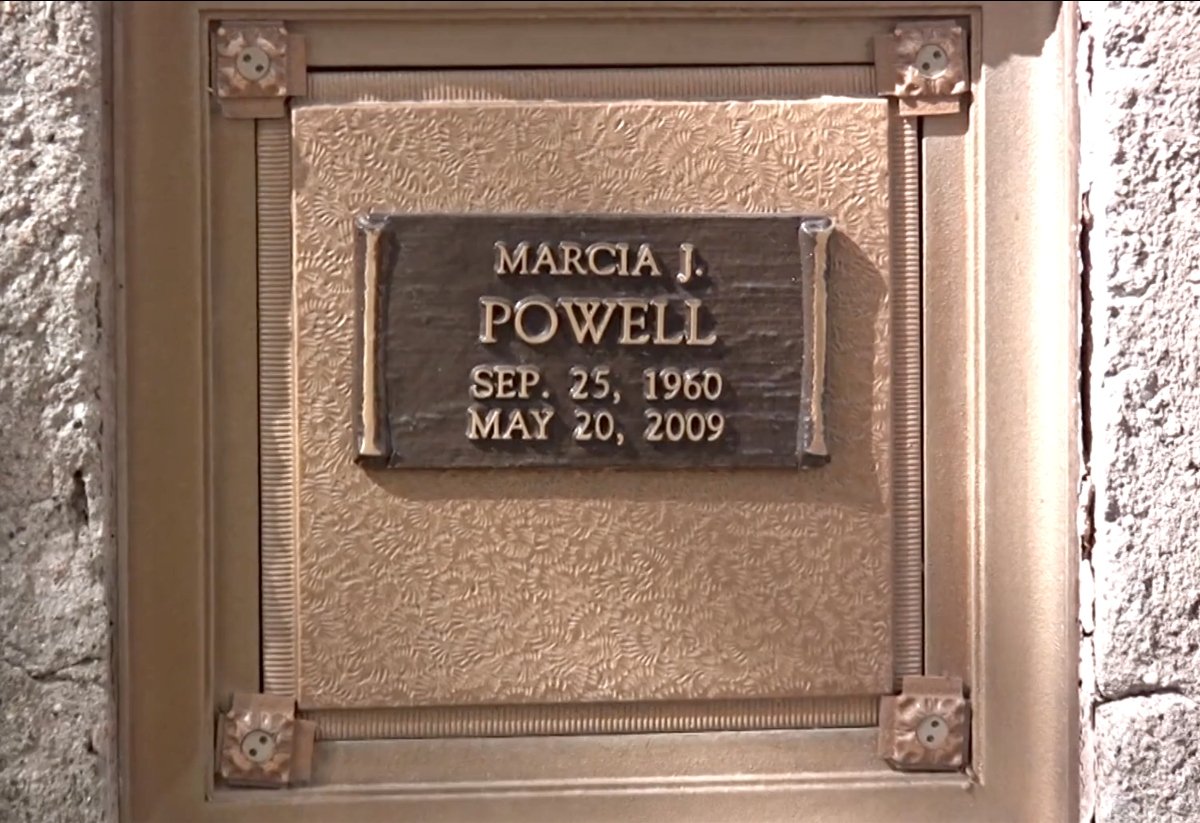 PJ Starr's chilling documentary "No Human Involved" recounts the 2009 killing of Marcia Powell by the Arizona Department of Corrections and condemns the criminalization of prostitution.

Toward the end of the 72-minute film, Plews tells a gathering why she began to chalk the words “Free Marcia Powell” all over Phoenix sidewalks after the Maricopa County Attorney’s Office’s decided not to prosecute Arizona Department of Corrections’ employees allegedly involved in placing Powell outside in a human cage for several hours without water as temperatures soared to 107 degrees.

“To me, ‘Free Marcia Powell’ wasn’t just, ‘let the woman out of the cage,’ but, ‘why was she in a cage to begin with’?” Plews says. “Marcia was doing 27 months for offering a cop a $20 blow-job. Actually, the cop solicited her, worked on getting that out of her. They went after her.”

To be precise, Starr quotes Phoenix police reports regarding Powell’s final arrest, which state that the undercover officer, who had already arrested Powell twice before for the same offense, asked Powell if she’d perform oral sex on him in exchange for him buying her $20 in crack cocaine.

Watch The full documentary “No Human Involved” on Vimeo.com

If the thought of a Phoenix police officer entrapping a self-medicating schizophrenic woman in this manner is not sickening enough, consider the fact that her priors turned what would normally be a class 1 misdemeanor into a class 5 felony.

Powell waived her right to trial and pleaded guilty. At her plea hearing, she appeared handcuffed, in jail-house stripes and answered the judge’s stern inquiries in a tremulous, girl-like voice, telling him her date of birth and that her highest level of schooling had been the 9th grade.

Asked if she had anything to say before sentencing, she replied, “Please don’t give me too much time, sir.”

In its infinite wisdom, the court found that “probation is no longer appropriate,” and sentenced Powell to 2.25 years, telling her that, “This revolving door that you’re on is not somewhere that you want to be for your future.”

Powell, however, had little future left.

Forest for the Trees

At the time of Powell’s demise, many reporters and commentators focused on Powell’s inhumane treatment, how she ended up in an outdoor cage after complaining of being suicidal, and how the prison staff ignored her pleas for water and her requests to go to the bathroom as she baked for four hours in the desert sun.

Corrections officers barely noticed when she collapsed. The autopsy would find that her internal temperature was 108 degrees. Her body was covered in her own excrement. She actually survived on life support till that evening when then-interim ADC director Charles Ryan decided to pull the plug, though he arguably did not have the authority to do so.

Which goes to the title of the documentary: No Human Involved is cop slang for the attitude too often taken by the authorities when it comes to the deaths of sex workers and people of color — people wrongly deemed unworthy of investigative effort. Starr throws a searchlight on that attitude of indifference, deftly using the recordings of interviews done of prison staff for the ADC’s internal investigation.

In the film, retired ADC Deputy Warden Carl Toersbijns reviews Powell’s inmate management file for Starr and observes its tone of “retaliation” and “pettiness” toward the woman. Powell was written up for things like drinking coffee out of the wrong cup and placed on maximum security, isolating her from other prisoners.  Toersbijns says ADC “shackled her every time she got out of her cell.”

And yet, those who knew her in prison describe her in terms that make her seem like a bewildered, frightened child in a woman’s body.

I covered Powell’s death as a columnist and reporter for the Phoenix New Times. But I am sad to say that like others back then, my outrage was directed at Ryan and the ADC staff that treated Powell so wrongly, and at a general public that casually shrugged off such deaths and systematic mistreatment of the poor and the weak.

On Tuesday, March 3, I noted that it was International Sex Workers Rights Day on Twitter, tweeting out a new piece by essayist Maggie McNeill for the March issue of Reason, “How the War on Sex Work Crushes Underprivileged Women,” in which McNeill argues in favor of fully decriminalizing sex work, noting that “the effects of prohibition and policing fall most heavily on those members of society who already suffer far more than their share of misfortune and violence.”

Toersbijns replied to me online, reminded me of Powell’s death, and pointed me to Starr’s documentary, which I am ashamed to admit I hadn’t seen.  I would encourage everyone interested in criminal justice reform and the ongoing war on sex work to view it.

Starr ties in the Powell case to that of Monica Jones, who was swept up in a Phoenix police crackdown on sex workers — part of the city’s infamous Project ROSE, the brainchild of Arizona State University’s own Dr. Strangelove of sex-trafficking hysteria, Dominique Roe-Sepowitz.

I’m thrilled to hear that Starr is at work on a new documentary centered on Jones’ struggle, and I’m thankful for No Human Involved and the wisdom of those in it. Powell should never have been targeted by the system to begin with, much less placed in harm’s way behind the walls of some evil place like Perryville Prison.