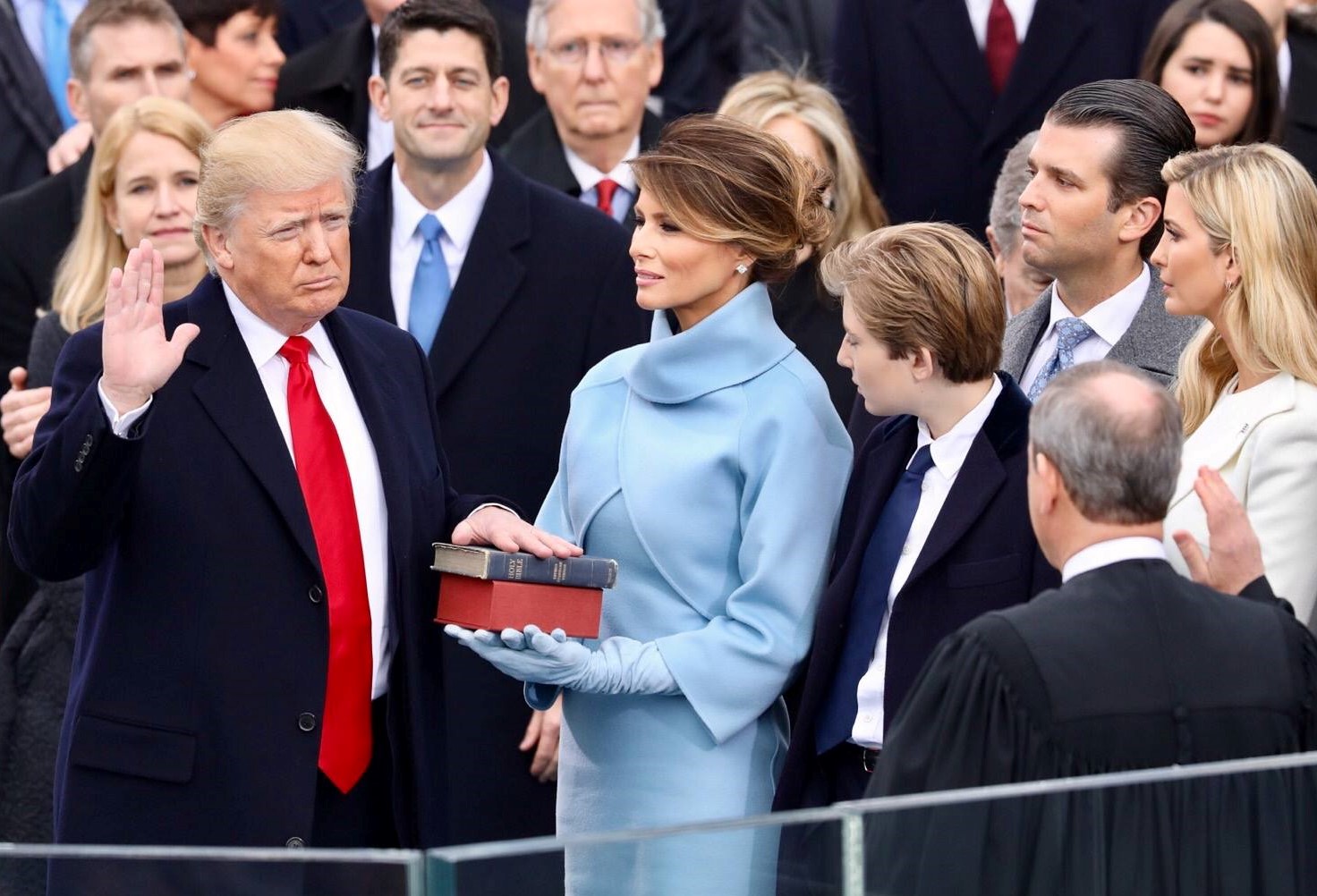 In January, Trump swore on a stack of Bibles to defend the U.S. Constitution...with the apparent exception of the First Amendment (White House photographer via official White House Facebook page)

As puerile as President Donald “Fucking Moron” Trump might be, he’s is a veritable savant when it comes to pushing the limits of what political scientists call “the Overton Window.”

Named for the man who coined the concept in the 1990s, the Overton Window is defined as the range of potential approaches that can be considered politically acceptable in a given area of public policy. In case you haven’t noticed, Trump and his cheerleaders on the alt-right have been taking a wrecking ball to it. As a result, what once was considered unthinkable — a presidential candidate discussing the size of his penis during a nationally televised debate, say, or that same candidate encouraging his supporters to assault protesters during a rally — becomes the new normal.

Once the Overton Window is cracked, it’s as difficult to set right again as Humpty Dumpty was for all the king’s men.

Which brings us to the Tweeter-in-Chief’s double-shot this past Wednesday morning, in response to NBC’s revelation that during a July meeting with advisors, Trump had suggested that the U.S. should increase its nuclear arsenal tenfold. It was after this meeting, NBC reported, that Secretary of State Rex Tillerson referred to the president as “a fucking moron.”

“Fake @NBCNews made up a story that I wanted a ‘tenfold’ increase in our U.S. nuclear arsenal,” Trump tweeted at 9:45 a.m. “Pure fiction, made up to demean. NBC = CNN!”

“With all of the Fake News coming out of NBC and the Networks, at what point is it appropriate to challenge their License? Bad for country!”

With all of the Fake News coming out of NBC and the Networks, at what point is it appropriate to challenge their License? Bad for country!

He was still stewing ten hours later: “Network news has become so partisan, distorted and fake that licenses must be challenged and, if appropriate, revoked. Not fair to public!”

Here we witnessed a triple confluence of Overton Window breaches: the proposed increase in our nuclear arsenal, the assertion by a cabinet official that his boss is many billions of cells shy in the cranial cavity, and said boss responding by threatening to revoke the license of a news organization because he doesn’t care for the news it reports.

The experts quickly assured us that the chief executive does not have the power to run roughshod over the Federal Communications Commission (which, incidentally, issues broadcast licenses to affiliates, not to networks such as NBC). Moreover, to attempt to pull such a stunt would violate the First Amendment (i.e., part of the document Trump swore to uphold and defend back on January 20, when he was sworn in to office).

Now along comes Trevor Timm, executive director of the Freedom of the Press Foundation, to up the ante. In an October 12 column published in the Columbia Journalism Review, Timm argues that simply by threatening NBC with license revocation, Trump likely violated the First Amendment.

In fact, Timm, asserts, the president’s earlier assault on the National Football League for permitting players to take a knee during the playing of the national anthem, amounts to its own violation, in that Trump threatened to alter the NFL’s tax status.

Why is the NFL getting massive tax breaks while at the same time disrespecting our Anthem, Flag and Country? Change tax law!

Interestingly, Timm bolsters his argument with a decision penned by recently retired federal Judge Richard Posner for the U.S. Seventh Circuit Court of Appeals in Backpage v. Dart, in which the online classified-advertising successfully argued that the sheriff of Cook County, Illinois, had used his legal authority to suppress its protected speech by threatening credit-card companies with prosecution if they continued to process transactions for Backpage.

In Backpage, Dart embarked on a one-man campaign to get Visa and Mastercard to cut off credit card donations to Backpage.com because of its adult section. Instead of prosecuting Backpage for any specific violation, he sent letters pressuring the credit card companies to cut off any payments to Backpage.com for any reason, since some of the Backpage ads, as Posner wrote, “might be for illegal sex-related products or services.”

Posner, citing several decades of case law, made it clear that if the Sheriff can’t sue or prosecute Backpage for legitimate violations of the law, he can’t then turn around and use his power as a government official to make threatening statements in an attempt to censor them in other ways:

“[A] public official who tries to shut down an avenue of expression of ideas and opinions through “actual or threatened imposition of government power or sanction” is violating the First Amendment. American Family Association, Inc. v. City & County of San Francisco, 277 F.3d 1114, 1125 (9th Cir. 2002).”

When Trump veers into actual threats of government action for speech he doesn’t like, he is arguably crossing that same line that the Seventh Circuit, and the Supreme Court before it, has condemned.

As Vice President Mike Pence has already articulated, Trump does have his own First Amendment right to opine about things he likes and doesn’t like — even in his caustic, insulting style. But as Posner made clear, as a government official, those rights are limited:

“A government entity, including therefore the Cook County Sheriff’s Office, is entitled to say what it wants to say–but only within limits. It is not permitted to employ threats to squelch the free speech of private citizens. “[A] government’s ability to express itself is [not] without restriction. … [T]he Free Speech Clause itself may constrain the government’s speech.” Walker v. Texas Division, Sons of Confederate Veterans, Inc., supra, 135 S. Ct. at 2246; see also Rosenberger v. Rector & Visitors of the University of Virginia, supra, 515 U.S. at 833-34.”

Trump is threatening NBC or the NFL not as a private citizen, but as the President of the United States, from his Twitter account, which the White House has previously acknowledged is a vessel for releasing “official statements.” 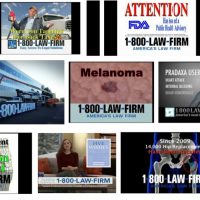 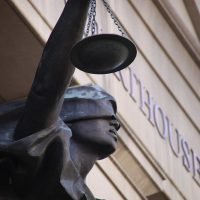