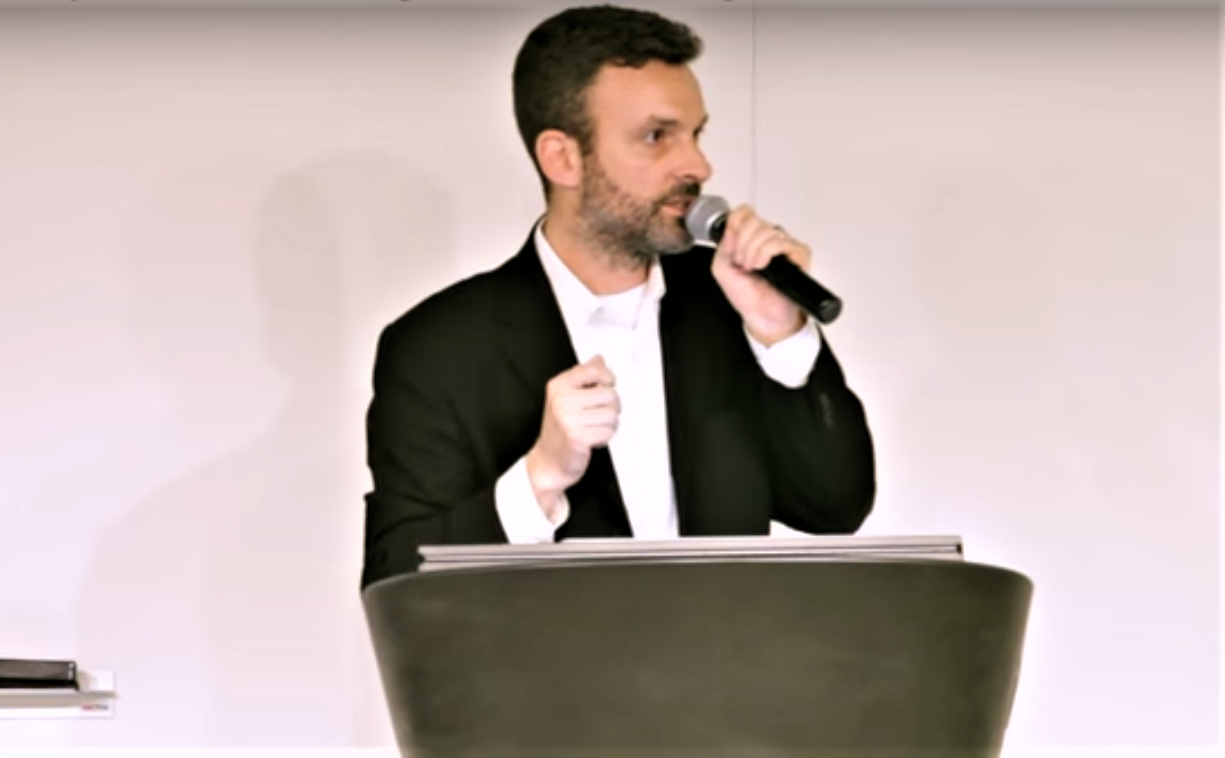 David Carroll may end up being the Patrick Henry of data accountability.

The associate professor of media design at Parsons School of Design in New York City isn’t exactly crying, “Give me my personal data, or give me death!” But his demand for the former could lead to a broader revolt, whereby individuals in the United States and elsewhere use British courts to overthrow the tyranny of multinational corporations that acquire and use their personal data to undermine democracy.

As the Guardian‘s Carole Cadwalladr describes it in a recent piece, Carroll’s George III is the pro-Trump data giant Cambridge Analytica (CA) — which, Cadwalladr notes, is “largely owned by [Donald] Trump’s biggest donor, hedge-fund billionaire Robert Mercer,” and which until the summer of 2016 had Trump’s Rasputin, ex-White House chief strategist Steve Bannon, on its board.

The company’s own website brags that it possesses “up to 5,000 data points on over 230 million American voters” — information it can use “to engage, persuade, and motivate” those voters to act. It takes some credit for Trump’s win and the Brexit vote in Great Britain. Not everyone buys CA’s sales pitch, and the company has some real turkeys on its résumé, including the disastrous 2016 presidential candidacies of Ted Cruz and Ben Carson. But authorities in the U.S. and Great Britain reportedly have been investigating what role the company played in tipping the election to The Donald, as they probe the Russian government’s plot to subvert the legitimacy of America’s democratic process.

Enter Carroll, who has taken legal action in England to reacquire his personal data from CA, utilizing a legal system that, unlike the one in the U.S., grants individuals proprietary rights over such information. (He can do this because CA is a spinoff of a much older British company.) So far, Carroll has gotten CA to divulge a profile of him that CA created using his data. But he wants more. And as the Guardian‘s Cadwalladr tells it, tech experts believe Carroll’s efforts, if emulated by others, could cause CA’s virtual Jenga tower to fall.

As an academic, Carroll had studied advertising, data and design, but he was still shocked when Cambridge Analytica eventually sent him a “profile” that it had created about him though not the data it was created from. “It was very strange and unsettling because they had given me ‘scores’ for different issues but I had no idea what they’d based this on.” The company scored him 3/10 on “Gun Rights Importance,” 7/10 on “National Security Importance” and “unlikely” to vote Republican.

“I was perplexed by it. I started thinking, ‘Have I had conversations about gun rights on Facebook? Where are they getting this from? And what are they doing with it?'” He reported the firm to the UK Information Commissioner’s Office, which is investigating the use of data in political campaigning; he has also launched a CrowdJustice campaign and is appealing to the public to help him take the case as far as he can through the British courts.

“There are so many disturbing aspects to this. One of the things that really troubles me is how the company can buy anonymous data completely legally from all these different sources, but as soon as it attaches it to voter files, you are re-identified. It means that every privacy policy we have ignored in our use of technology is a broken promise. It would be one thing if this information stayed in the US, if it was an American company and it only did voter data stuff.”

But, he argues, “it’s not just a US company and it’s not just a civilian company.” Instead, he says, it has ties with the military through SCL – “and it doesn’t just do voter targeting.” Carroll has provided information to the Senate intelligence committee and believes that the disclosures mandated by a British court could provide evidence helpful to investigators.