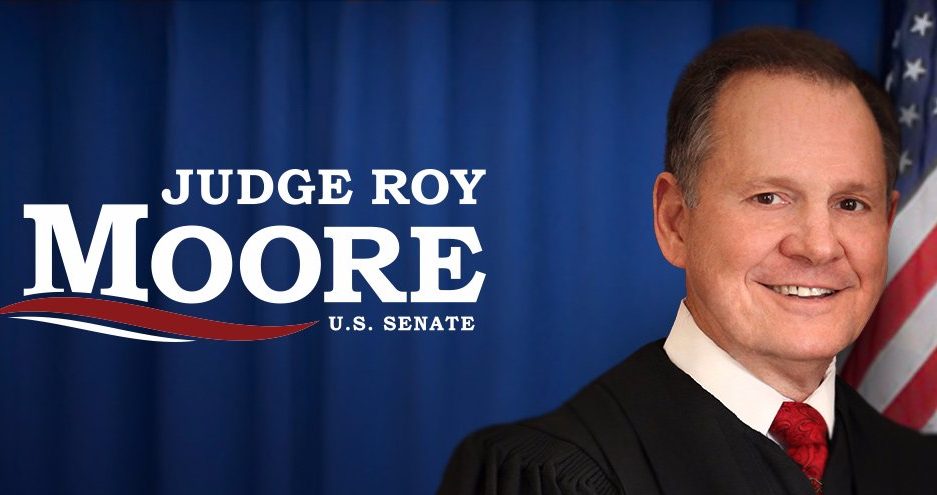 Here comes the judge: Roy Moore is running for Jeff Sessions's recently vacated Alabama U.S. Senate seat and attempting to distance himself from allegations that he used to enjoy running after young teenage girls (screenshot via Twitter)

The mainstream views U.S. Senate candidate Roy Moore's alleged predilection for young girls as a perversion. But it's actually a religion: evangelical Christianity.

The Front Page Confidential break room has no Keurig, and we’ve never considered purchasing one. We did, however, engage in a thought experiment this past weekend:

So we’re all the more grateful to Kathryn Brightbill, whose November 12 op-ed in the Los Angeles Times was a far worthier mind bender than was ours.

Brightbill, who by day toils at the nonprofit homeschooling advocacy group Coalition for Responsible Home Education, lit up our frontal lobe with a fresh slant on the Washington Post’s revelation that dating back to 1979, Moore initiated sexual contact with girls as young as 14 years old.

Moore was 32 at the time and working as an assistant prosecutor in his hometown of Gadsden, Alabama.

Today Roy Moore is 70, a veritable lighting rod for fervent, evangelically inspired controversy, and (like many slimy men we’ve been reading about lately), a political force to be reckoned with: As of this writing, he’s the Great Republican Hope to fill the seat Jeff “Old Possum” Sessions vacated when he trundled from the floor of the U.S. Senate to the lap of the president.

Brightbill wants us to know that that while we’re getting our knickers in a knot about (gasp!) pedophilia, Roy Moore’s fellow evangelicals are likely aghast for entirely different reasons:

“In that world, which Roy Moore travels in and I grew up in, 14-year-old girls courting adult men isn’t uncommon.”

1) He didn’t seek parental permission, and

2) He failed to walk the object(s) of his affection down the aisle before endeavoring to feel them up.

Oh, and no self-respecting evangelical would characterize the Moore maneuver as an example of “adult men courting 14-year-old girls.”

Rather, she writes, “In that world, which Roy Moore travels in and I grew up in, 14-year-old girls courting adult men isn’t uncommon.”

For the benefit of nonbelievers, she reels off a handful of examples, including Duck Dynasty star Phil Robertson, who “advocated for adult men to marry 15- and 16-year-old girls and deemed age 20 too old because ‘you wait until they get to be 20 years old, the only picking that’s going to take place is your pocket.'”

As a teenager, I attended a lecture on courtship by a home-school speaker who was popular at the time. He praised the idea of “early courtship” so the girl could be molded into the best possible helpmeet for her future husband. The girl’s father was expected to direct her education after the courtship began so she could help her future husband in his work.

In retrospect, I understand what the speaker was really describing: Adult men selecting and grooming girls who were too young to have life experience. Another word for that is “predation.”

Much of the sexual abuse that takes place in Independent Fundamentalist Baptist, or IFB, churches involves adult men targeting 14- to 16-year-old girls. If caught, the teenage victim may be forced to repent the “sin” of having seduced an adult man. Former IFB megachurch pastor Jack Schaap argued that he should be released from prison after being convicted of molesting a 16-year-old girl, asserting that the “aggressiveness” of his victim “inhibited [his] impulse control.” In the wake of the Schaap case, numerous other stories emerged of sexual abuse cover-ups involving teenage girls at IFB churches. In another high-profile case, pregnant 15-year-old Tina Anderson, who was raped by a church deacon twice her age, was forced to confess her “sin” to the congregation.

You get the idea.

Or…maybe you don’t. Most of us would like to think child brides live in countries like Zimbabwe, Malawi, and maybe El Salvador.

If so, we ought to think again.

Because Zimbabwe, Malawi, and El Salvador recently banned child marriage, but the practice is alive and well in the USA — where parental consent is just about the only obstacle. 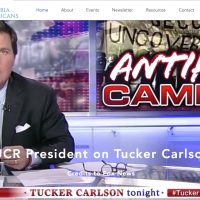 Will John McCain Become the First Man to Achieve Sainthood Before Actually Dying? 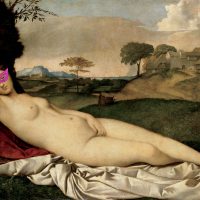