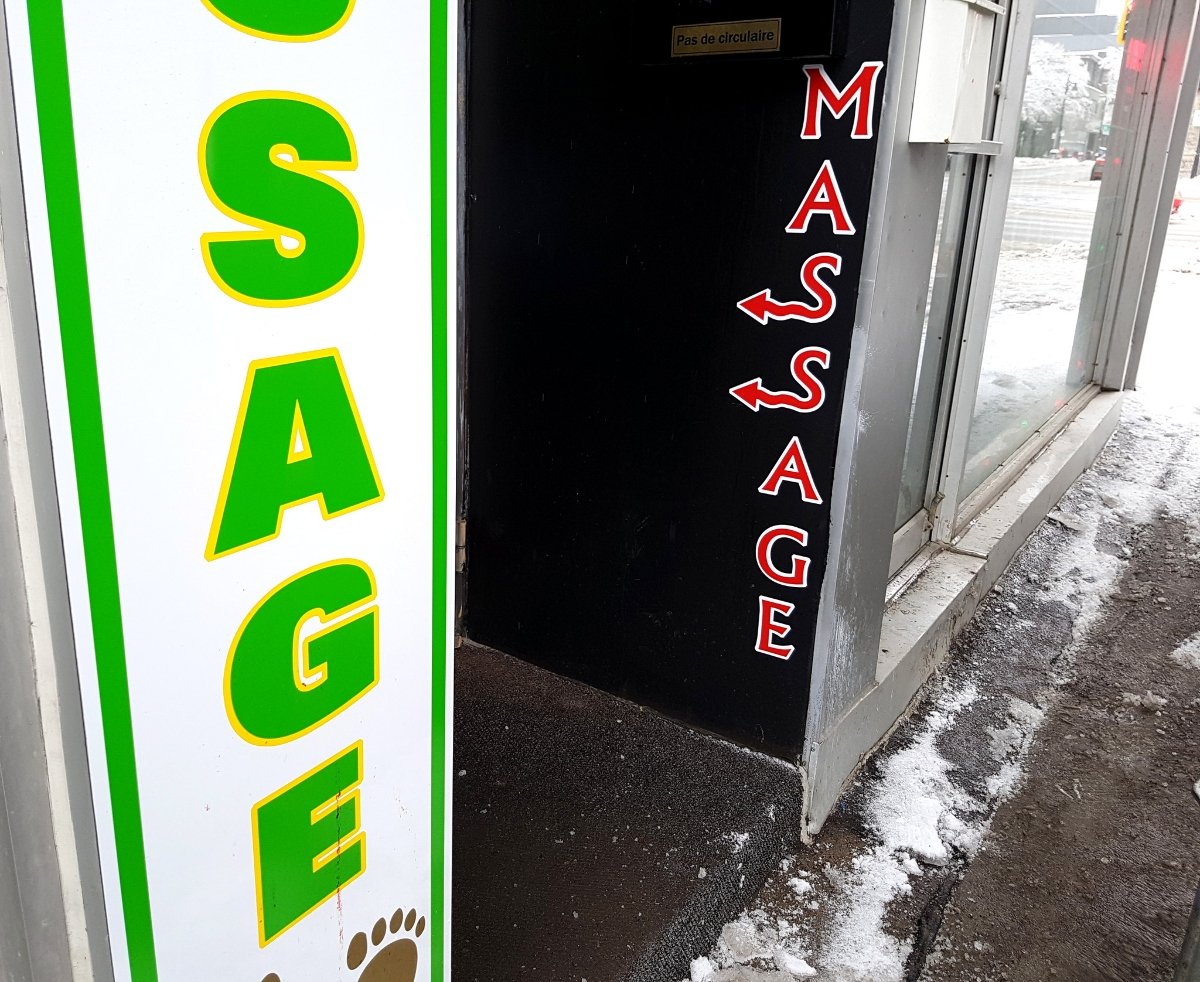 Sex workers and their allies lambaste a tone-deaf Arizona Republic article that asks the public for tips on Asian-staffed/owned massage parlors, conflating these businesses with organized crime.

Drawing outrage from sex workers and sex worker-rights advocates, the Arizona Republic recently painted a bullseye on Asian-staffed-and-owned massage parlors, with an article asking for tips from the public about sex trafficking allegedly occurring in such businesses.

“Do you know anything about women being sex trafficked through Arizona massage parlors?” asks the headline for the Sep. 15 item, which offers readers a form to report any supposed criminality to the paper.

Without offering any evidence, the article flatly states that “groups involved in organized crime have set up massage parlors as fronts for sex trafficking,” adding that “women are brought in from China, Korea and other countries, then shuffled on to the next city.”

How to be an informer. Rat on women in massage parlours and help create a media-feature to accompany the new Backpage trial. https://t.co/tISJ7xB6rF

These women “may be forced or coerced into to [sic] working 16 hours a day, seven days a week, in unsanitary conditions,” the article states, explaining that the Arizona Republic and USA Today  “are investigating this illegal activity.”

The piece initially bore the byline of Republic reporter Anne Ryman. Her name was later replaced with the generic byline, “Arizona Republic.”

The references to China and Korea were also removed. It now reads, “Women are brought in from other countries, then shuffled on to the next city.”

Though the article indicates that it was updated on Sep. 16, there currently is no notice of a correction or change. Ryman is the author of a couple of recent pieces about complaints of sexual assault and unauthorized touching by masseuses working for chain massage outlets.

Neither Ryman nor the Republic’s executive editor Greg Burton returned phone calls and emails from Front Page Confidential (FPC) seeking comment on the Rep’s Sep. 15 call to the public.

Supporters of sex worker rights have accused Arizona’s largest daily of timing the article and its massage series to coincide with the federal trial of newspapermen Michael Lacey and Jim Larkin over charges linked to their former ownership of Backpage.com.

Anthropologist Laura Agustín, author of the groundbreaking study,
Sex at the Margins: Migration, Labour Markets and the Rescue Industry,  tweeted a link to the piece the day it was published, stating: “How to be an informer. Rat on women in massage parlours and help create a media-feature to accompany the new Backpage trial.”

Concerning the Republic, Agustín later added, “[Do] they have a deal with the police . . . or is this simple freelance vigilantism?”

“What they are doing is actually very problematic. Because they are planting the idea in the mind of any random layperson that anybody, with no experience at all, is qualified to make these judgments or assessments.” — author and former sex worker, Tracy Quan

Federal Judge Susan Brnovich declared a mistrial in the Lacey/Larkin case on Sep. 14, ruling that the prosecution overstepped its bounds by repeatedly slandering the defendants as being involved in heinous crimes with which they are not charged.

Sex workers and their allies tell FPC that the Republic is doing something similar with massage parlors by conflating them with “sex trafficking,” which, unlike consensual adult prostitution, involves either minors, or the use of force, fraud or coercion to make adults engage in commercial sex.

The danger to massage parlor workers — who may or may not engage in some form of sex work — is real, particularly in light of the March 2021 Atlanta spa shootings, which left eight persons dead, six of whom were Asian.

At the time of the massacre, USA Today ran a report referring to the victims, including slain spa employees and a slain owner, as “hard workers, dedicated mothers, striving immigrants.”

What changed in a matter of just six months for the Republic to regard massage parlors and spas with such disdain?

Asked about the removal of the words “China” and Korea” from the piece, former sex worker and acclaimed novelist Tracy Quan told FPC that, ironically, the edit had resulted in a more xenophobic statement, with the piece now broadly referring to women from “other countries.”

“They took out the ethnic thing in order to be politically correct,” she says. “But actually they made it much worse.”

Quan also objected to the paper’s assumption of illegality.

“What they are doing is actually very problematic,” she says. “Because they are planting the idea in the mind of any random layperson that anybody, with no experience at all, is qualified to make these judgments or assessments.”

In the wake of the tragedy in Atlanta, a debate ensued over the nature of the killings, as the shooter, a fundamentalist Christian, claimed to have targeted the spas because he suffered from a “sex addiction” and wanted to “eliminate the temptation” the spas represented to him. He denied a racist motivation.

Less than 24 hrs after a mistrial was declared in the https://t.co/PsqnnYbLeM case, @azcentral decides to unleash another Arizona sex panic, and one that stokes up dangerous fear and violence: https://t.co/eUpbsVz1FF

As the killings came during a nationwide avalanche of anti-Asian violence, many insisted the spa shootings could only be a hate crime against Asians. But in a thought-provoking essay for the Los Angeles Times, Quan posited the murder spree was “a hate crime against sex workers.”

Despite her own “Asian background,” Quan found the killer’s “disavowal of racism” to be “strangely credible.” She cited her own life as an example.

“Like a lot of people, I’ve experienced bias and ethnic profiling, but I’ve also been a sex worker, and I have encountered more prejudice, more name-calling, more fear, anger and hostility in connection with my sex work than regarding my race,” she wrote.

Blaming racism was easier, she argued, than discussing “an older hatred” that the French call, la putophobie, aka, “whorephobia,”  a bias that, according to Quan, cuts across ethnic lines.

In an interview with FPC, Nat Nguyen, a sex worker and activist based in the Southwest,  said she found the Republic article to be “alarming,” because it “focused on targeting Asian massage parlors as sites of sex trafficking, which nobody has been able to prove.”

“They want to paint this picture of these women being forced on steamboats or barges and brought across, and then they’re put in chains and held in apartments against their will. If it was happening, believe me, we would see it.” — sex worker/activist Nat Nguyen

Though, as USA Today has conceded previously, sex trafficking charges are almost never brought in these cases.

Frequently, those working in massage parlors become the targets and victims of law enforcement: arrested, sexually abused, threatened with deportation and sometimes driven to their deaths, as in the tragic story of New York sex worker Song Yang.

Nguyen fears that the Republic article, and whatever the Republic publishes as a result of its investigation, may inspire crackdowns on “Asian massage parlors,” including more regulations and “prohibitions of work” by authorities.

Nguyen also worries about “vigilante people” claiming they want to “shut down the massage parlors and free all the women.”

That’s not an unreasonable fear.

They do. But compared to other violent crimes such as rape, murder and aggravated assault, they are not, (thankfully) the ‘epidemic’ Cindy and others of her ilk would have us believe.

“I guess they didn’t learn anything from spa workers being murdered in GA, promoting stigma and violence under the guise of rescue should be a HATE CRIME.” — Bella Robinson, COYOTE RI

“They want to paint this picture of these women being forced on steamboats or barges and brought across, and then they’re put in chains and held in apartments against their will,” Nguyen says. “If it was happening, believe me, we would see it.”

Nguyen made the point that the policing of sex work often has racist motivations and links to immigration enforcement. She observed that the first federal immigration law, the Page Act of 1875, banned most East Asian women from entering the country because white lawmakers considered them to be practitioners of prostitution.

Bella Robinson, executive director of the Rhode Island chapter of the famed sex workers rights group, Call off Your Old Tired Ethics (COYOTE), emailed FPC, saying: “I guess they didn’t learn anything from spa workers being murdered in GA, promoting stigma and violence under the guise of rescue should be a HATE CRIME.”

And Juliana Piccillo, co-founder of the Tucson chapter of the Sex Workers Outreach Project (SWOP), said the article and its bias made her “sick.”

“There are a lot of immigrants who work in those places and own those places,” she tells FPC. “There’s already so much anti-Asian hate right now that it’s not okay.”

Nguyen had some free advice for whoever reports on massage parlors and their workers for the Republic.

“Know what’s really easy? Go into a massage parlor and talk to them. It’s not that hard. I get massages [at these places] all the time,” she says.

Who knows? Maybe the Republic will heed Nguyen’s counsel. Stranger things have happened in the annals of journalism. 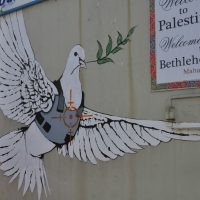 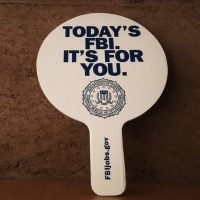