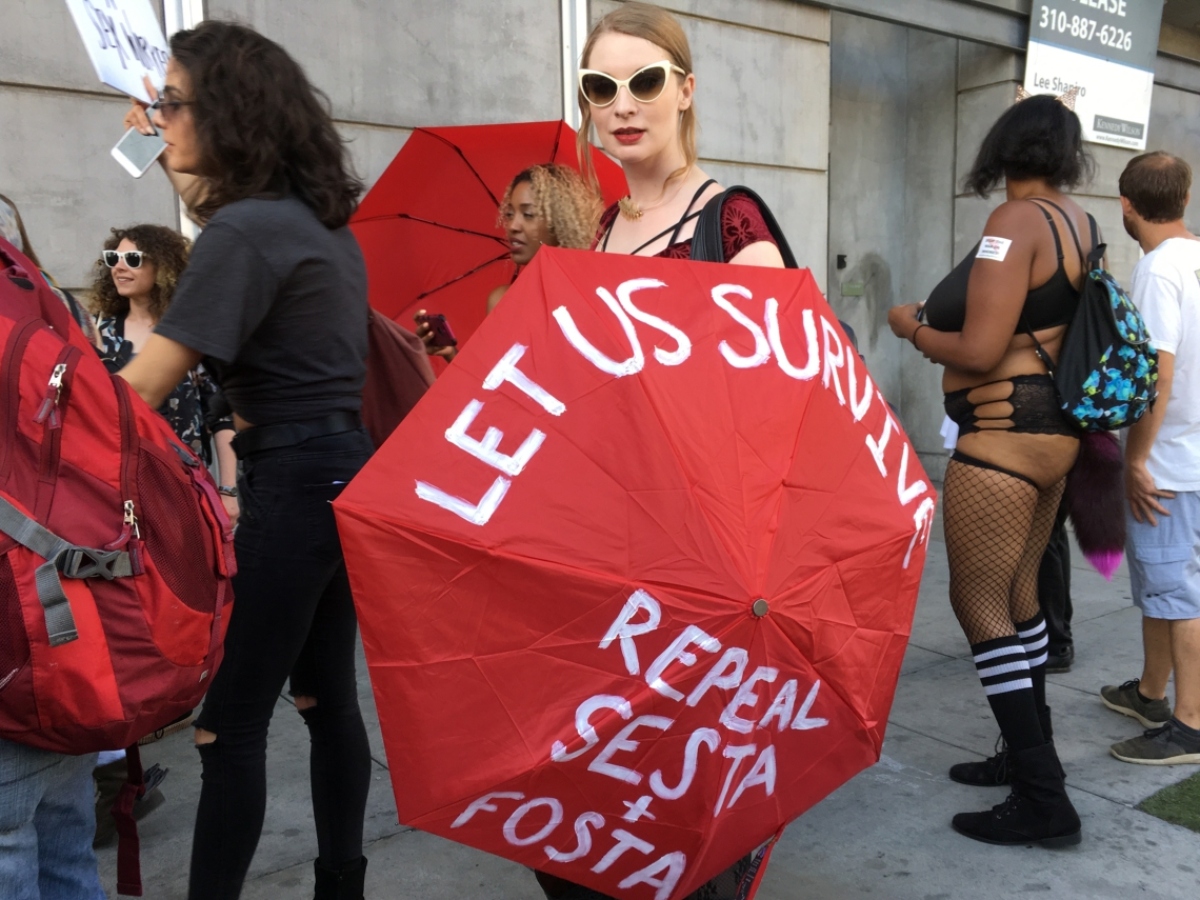 FOSTA/SESTA: What Is It?

Signed into law by President Donald Trump at a April 11, 2018, ceremony at the White House, FOSTA began as the U.S. House version of legislation known in the Senate as the Stop Enabling Sex Traffickers Act (SESTA). FOSTA’s final version combined elements of both bills and is sometimes known as FOSTA/SESTA or simply SESTA.

FOSTA creates new felonies for sites that “promote” prostitution online. Under the law, anyone who “owns, manages, or operates an interactive computer service” and conspires or attempts to conspire “to promote or facilitate the prostitution of another person” can be punished by up to ten years in prison. If found guilty of the same offense involving  five or more persons, or found to have acted in “reckless disregard of the fact that such conduct contributed to sex trafficking,” the perpetrator may be sentenced to up to 25 years in prison.

Proponents often conflate the terms “prostitution” and “sex trafficking,” but there are significant differences. Prostitution involves commercial sex that takes place between or among consenting adults, and it is prosecuted on a local level.  Sex trafficking is a federal crime, defined by statute as causing a person under age eighteen to engage in commercial sex, or using force, fraud, or coercion to cause an adult to do the same.

Importantly, FOSTA rewrites Section 230 of the Communications Decency Act of 1996 (CDA), a passage that some refer to as the “fairy godmother” of the internet. That’s because Section 230 codified a rule that allowed the internet to thrive: “No provider or user of an interactive computer service shall be treated as the publisher or speaker of any information provided by another information content provider.”

Section 230 contains a so-called safe harbor provision that allows providers and users of interactive computer services to police their sites without fear of liability. For instance, an interactive website may remove any material that its owner “considers to be obscene, lewd, lascivious, filthy, excessively violent, harassing, or otherwise objectionable,” without fear that doing so might be used against them in court.

The U.S. Department of Justice’s Opposition to FOSTA/SESTA

Though FOSTA became the law of the land as of the date President Trump signed it, the statute contains an explicit retroactivity provision, which specifies that the changes to Section 230 “apply regardless of whether alleged conduct occurs before, on, or after this bill’s enactment.”

Civil-liberties groups such as the ACLU and the Electronic Frontier Foundation argued that FOSTA would chill freedom of speech online and lead to indiscriminate prosecution of website owners for merely overlooking offending content posted by users.

Ironically, the U.S. Department of Justice, the federal office tasked with enforcing the new law, opposed FOSTA in its final form. In a letter dated February 27, 2018, Assistant Attorney General Stephen E. Boyd , informed the chair of the House Judiciary Committee, Virginia Republican Bob Goodlatte, that the DOJ found some of the language in the bill unnecessary and/or overly broad.

“While well intentioned, this new language would impact prosecutions by effectively creating additional elements that prosecutors must prove at trial,” Boyd wrote.

Boyd called the section regarding the facilitation of prostitution “broader than necessary” and warned that it could “extend to situations where there is a minimal federal interest,” such as “instances in which an individual person uses a cell phone to manage local commercial sex transactions involving consenting adults.”

The DOJ also objected to FOSTA’s retroactivity clause on the grounds that it would run afoul of the U.S. Constitution’s prohibition on ex post facto laws.

Wrote Boyd: “The Department objects to this provision because it is unconstitutional. We would welcome the opportunity to work with Congress to address this this serious constitutional concern.”

Congress didn’t take Boyd up on his offer.

The House of Representatives passed FOSTA by a vote of 388 to 25 on February 27, 2018. Less than a month later, the Senate vote was little more than a formality, passing an unaltered version of the bill 97-2. Only Oregon Democrat Ron Wyden — the original architect of Section 230 — and Kentucky Republican Rand Paul dissented.

The Odd Timing of FOSTA/SESTA

The law’s backers persistently touted FOSTA/SESTA as a stake through the heart of the online listings giant Backpage.com. Portman and others accuse the owners and operators of the site of knowingly facilitating sex trafficking, particularly involving minors.

Portman pointed to a report by the Senate’s Permanent Subcommittee on Investigations (PSI) that used documents it subpoenaed from Backpage to make the case that executives knew the site’s adult section hosted ads that involved sex trafficking. To back that claim, the report detailed the evolution of Backpage’s moderating policies, which courts had repeatedly found to be consistent with Section 230. (In fact, such practices were common across the industry.)

In January 2017, on the eve of a PSI hearing into Backpage’s business practices, the company voluntarily shut down its adult section in the United States. But senators were infuriated that Backpage had defied its subpoenas and that the executives and current and former owners they summoned to appear at the hearing invoked their right not to answer questions under the First and Fifth Amendments to the Constitution.

For many years, Backpage successfully defended itself in state and federal courts based on Section 230 and the First Amendment, and members of congress made clear that they planned to rectify the situation with what became FOSTA/SESTA.

But the government didn’t need FOSTA/SESTA in order to take down Backpage. The FBI proved this on April 6, when it seized the site, effectively removing it from the internet and arresting seven current and former owners and executives on charges related to money laundering and facilitating prostitution.

Federal prosecutors used the U.S. Travel Act — a 1961 law that made it illegal to engage in a business involving unlawful activity, such as gambling or prostitution, across state lines. In the Backpage case, a grand jury heard evidence for more than a year. The feds made their arrests only days before the White House staged its ceremony around FOSTA/SESTA’s signing.

The Collateral Damage of FOSTA/SESTA

If FOSTA/SESTA achieved little with respect to Backpage, it was enormously successful in spreading fear and self-censorship. Even before FOSTA/SESTA became law, concern about the statute motivated Craigslist to do away with its dating section and Reddit to delete entire categories regarding sex work. Entire sites that played host to adult-themed listings, such as Cityvibe.com, went dark. And escort sites in other countries blocked access to their sites from the United States.

Sex workers and their allies complained that the new law rendered them destitute and at risk. Licensed massage practitioners claimed they were collateral damage and no longer could advertise online. One sex-worker-rights group, Desiree Alliance, cancelled its biannual conference, scheduled for 2019.  And on June 27, 2018, the Electronic Frontier Foundation filed suit in federal court on behalf of the pro-sex advocacy group Woodhull Freedom Foundation, challenging the constitutionality of the statute.

Additionally, according to news reports, the law has hampered law-enforcement efforts to identify and rescue sex-trafficking victims — the people whom FOSTA/SESTA was ostensibly enacted to help.

For instance, John Daggy, a sergeant with the Indianapolis Metropolitan Police Department, told a reporter for the city’s local ABC affiliate that the FBI’s eradication of Backpage had “blinded” the department’s vice unit.

“We’ve been a little bit blinded lately because they shut Backpage down,” Daggy told WRTV news reporter Jordan Fischer. “We used to look at Backpage as a trap for human traffickers and pimps. …With Backpage, we would subpoena the ads and it would tell a lot of the story. Also, with the ads we would catch our victim at a hotel room, which would give us a crime scene. There’s a ton of evidence at a crime scene. Now, since [Backpage] has gone down, we’re getting late reports of them and we don’t have much to go by.” 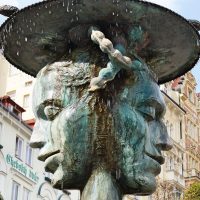