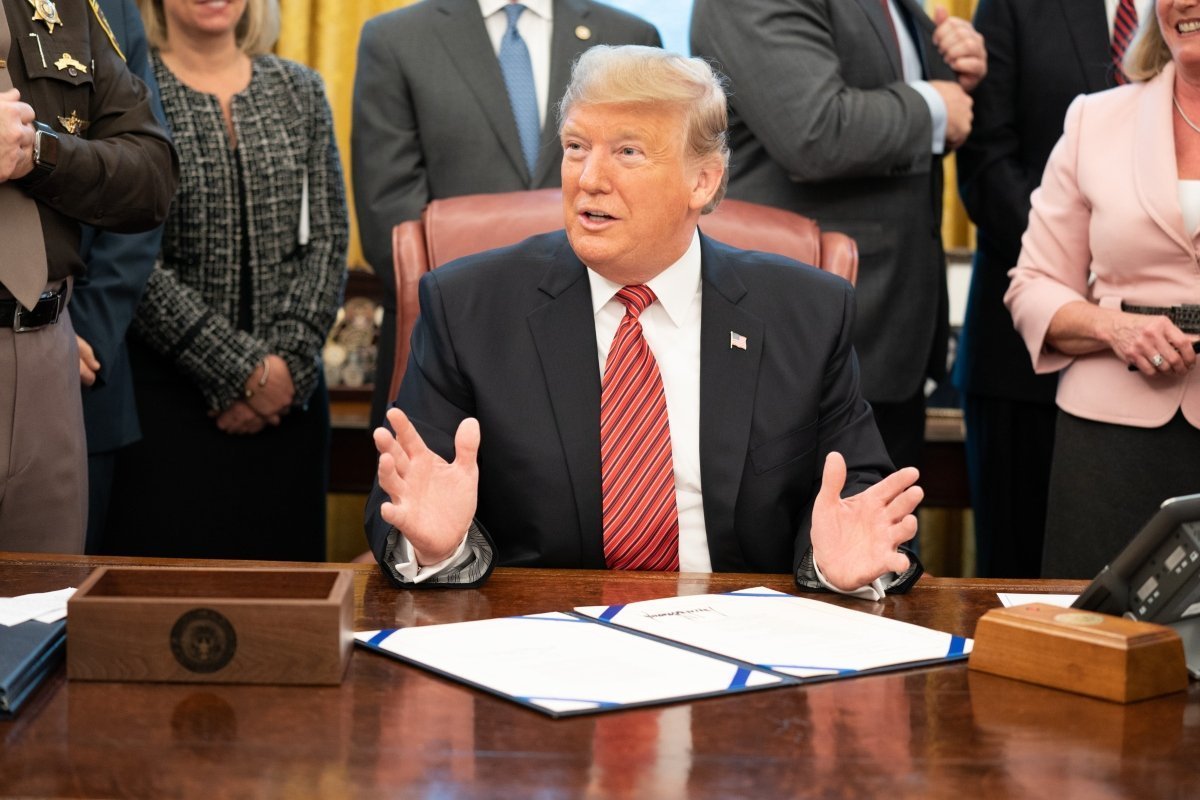 In between shutting down the government and threatening to cut off disaster aid, Donald Trump found time to ante up $430 million to bankroll the nation's sex-trafficking boondoggle

Come fire or flood (or wall), the federal government never seems to run out of money to throw at its war on sex workers. On Tuesday, January 8, 2019, President Donald Trump signed the Frederick Douglass Trafficking Victims Prevention and Protection Reauthorization Act, earmarking $430 million to battle what it calls a sex-trafficking scourge but which is, in actuality, a sex-trafficking boondoggle — the product of hype and hysteria sown by politicians and others who stand to gain from the government’s largess.

The Douglass Act and its attendant windfall capped off a barrage of four anti-sex-trafficking bills that Congress pushed through just before Christmas. Trump affixed his signature to the measures amid a government shutdown over his desire for a $5 billion wall along the U.S.-Mexico border and not long after tweeting that he’s thinking of denying California billions of dollars in emergency aid to help the state recover from the damage done by forest fires. (Additionally, Trump’s advisors reportedly are considering diverting disaster-relief funds from several states and Puerto Rico to pay for the president’s wall.)

Entirely coincidentally, Fortune magazine has reported that the shutdown could cost the U.S. economy as much as $430 million a day.

But never let it be said that niggling financial concerns could obstruct the federal government in its goal of eradicating commercial sex among consenting adults.

In late December, Reason magazine’s Elizabeth Nolan Brown analyzed the four anti-trafficking bills, noting that they all passed the U.S. Senate via “secret” voice votes in which the individual vote of each senator is not recorded.

The government’s focus is now on “demand reduction,” Brown reported.

“Congress is now ‘strengthening federal efforts’ to be tough on sex buyers, based on the false idea that customers of consenting adult sex workers drive demand for minors,” she wrote. “All state and local cops, prosecutors, and judges are to be trained on ‘best practices for prosecuting buyers’ of sex and how to use asset forfeiture in these cases.”

Among the other items on the agenda: combating “sexting and sextortion,” teaching airline personnel to spot sex trafficking, and permitting local law-enforcement agencies to wiretap sex workers and their clients, even in misdemeanor investigations.

And yet, as Elizabeth Nolan Brown has uncovered through extensive reporting on the subject, the human-trafficking epidemic is in actuality a sex-trafficking boondoggle: a concocted crisis with no credible data to verify its existence.

For one thing, the term ‘human trafficking’ encompasses any type of forced labor, including but not limited to sex trafficking. The term ‘sex trafficking,’ too, has a precise definition, albeit one that is frequently misapplied.

Federal law defines sex trafficking as “a commercial sex act…induced by force, fraud, or coercion, or in which the person induced to perform such act has not attained 18 years of age.” (Prostitution, by contrast, involves a consensual commercial sex act among adults and is normally prosecuted locally.)

As Brown pointed out in 2017, FBI crime stats show that arrests for human trafficking are extremely rare in most states, and crimes like murder, robbery, and rape are exponentially more prevalant than sex trafficking.

But sex trafficking garners the lion’s share of media attention, thanks in no small part to multi-agency dragnets like “Operation Cross Country,” an FBI-coordinated operation that, as the agency boasted in a press release, involves stings “in hotels, casinos, truck stops, and other areas frequented by pimps, prostitutes, and their customers.” Though the ostensible focus is on rescuing child victims, Brown revealed in a lengthy 2017 exposé that the operations mostly involve rousting sex workers and their clients, as well as anyone who may have helped the former, including family and friends. The FBI, Brown writes, has returned to its roots as “the nation’s vice squad.”

The Failed ‘War on Sex Trafficking’

Notwithstanding the Trump administration’s priority, there’s plenty of evidence that the government’s war on sex workers is misfiring. In a December 6 cover story for the Tucson Weekly, for instance, journalist Danyelle Khmara detailed how the Tucson Police Department partnered with a local social-services provider on a $1.5 million grant from the U.S. Department of Justice in 2015 to tackle human trafficking. Khmara found that “autonomous sex workers were swept up in the search for traffickers,” as were “a substantial number” of possible victims of sex trafficking.

Making matters worse has been the passage in 2018 of the Fight Online Sex Trafficking Act (FOSTA), which outlawed all adult advertising online. Days before Trump signed the legislation on April 11, the feds seized and shut down the classified website Backpage.com, arresting seven current and former owners and executives (including the founders of this blog, veteran newsmen Michael Lacey and Jim Larkin, who sold their stakes in the online listings giant in 2015). The defendants face up to 100 counts of facilitating prostitution, money laundering, and conspiracy.

The combination of FOSTA and the demise of Backpage led to devastating fallout for sex workers, depriving them of their chief advertising venue and preventing them from using the internet to vet potential customers. Additionally, eradicating Backpage may make it more difficult for law enforcement agencies to locate and rescue actual victims of sex trafficking, including those who may be underage.

The First Amendment has taken a beating as well, as scores of web sites either went dark voluntarily or engaged in massive self-censorship efforts out of fear that they might become the next Backpage.

For Further Reading:
“The Truth About FOSTA/SESTA: A Congressional Boondoggle Exposed”