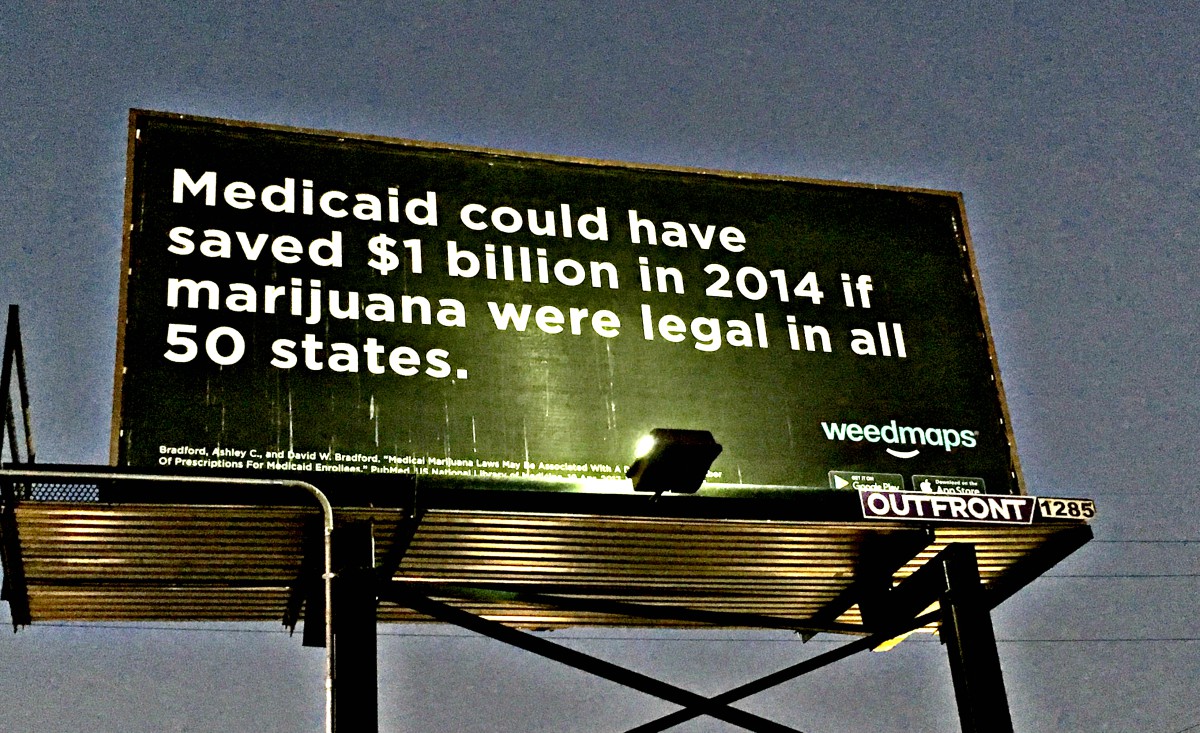 An Arizona state senator has proposed a law to censor billboards that promote legal weed. The ACLU correctly points out that the signs are protected by the First Amendment.

When it comes to Arizona state Sen. David Farnsworth’s fixation on pro-marijuana billboards, an admonition from Jack Nicholson’s character Col. Nathan R. Jessup in the 1992 drama A Few Good Men comes to mind: “You can’t handle the truth!”

The Arizona Daily Star reports that Farnsworth introduced legislation that he thinks will bring down the billboards, many of which proliferate in the Phoenix metro area courtesy of Weedmaps, a company that crowdsources reviews of marijuana dispensaries and various strains of weed.

“I personally have been offended in my own neighborhood when I see a billboard that’s promoting marijuana usage,” Farnsworth told a reporter.

A Republican of the über-conservative stripe whose district is located in Mesa, east of Phoenix, Farnsworth was referring to a specific billboard.

It reads, “Since legalizing marijuana in 2012, Colorado has had no increase in youth marijuana use. Neither has Washington.”

Farnsworth contends that the claim is “totally false.”

But the billboard goes so far as to cite sources that back up the statement. Two sources, to be exact: a study in Colorado and another in Washington.

It’s one of about 55 such billboards scattered throughout the Valley of the Sun, says Weedmaps spokesman Carl Fillichio.

The same billboards have appeared in ten different states and in Canada, explains Fillichio, who corresponded with Front Page Confidential via email from Weedmaps’ home base in Orange County, California.

And the signage is sourced better than some news stories.

“States that legalized marijuana had 25% fewer opioid-related deaths,” reads one, referencing a peer-reviewed 2014 study published in the Journal of the American Medical Association.

Asserts another: “Medicaid could have saved $1 billion in 2014 if marijuana were legal in all 50 states.” That one is based on a study that appeared in the peer-reviewed journal Health Affairs and was touted by Forbes, Vice, and Salon, among other outlets.

Senator Farnsworth is not one to let facts get in the way of his distastes, however.

His Senate Bill 1032 would do away with any outdoor advertising adjacent to state freeways or interstate highways if it “promotes the sale of a substance that is prohibited” under the federal Controlled Substances Act.

As written, Farnsworth’s measure applies only to highways, so it wouldn’t affect billboards in his neighborhood. But the senator told the Star he’ll deal with that loophole later.

The bill has other flaws too, though.

Will Gaona, policy director for the ACLU of Arizona, tells Front Page Confidential that Farnsworth’s proposed legislation only applies to ads that promote sales.

Weedmaps billboards, on the other hand, promote ideas and facts. And the First Amendment protects those even more than it does commercial speech .

“Those kinds of signs — they’re not advertisements, they’re not selling anything,” Gaona says. “They’re not commercial speech. So the government is going to have to meet an extremely high bar to take those signs down.”

At any rate, says Gaona, Farnsworth must demonstrate that his legislation advances a government interest and that it’s applied only as broadly as necessary.

Courts have allowed such restrictions on advertising for alcohol and gambling, for instance.

“Courts have upheld those [restrictions] when they are, for example, within a certain distance of a school or something like that,” Gaona notes. “But not just some kind of statewide ban on advertising on this topic.”

Gaona regularly appears before the Arizona legislature to advocate for or against bills. He said he’d have to take a look at the case law, but that Farnsworth’s bill is “likely something we would oppose.”

Yavapai County Attorney Sheila Polk, a veteran of many an anti-pot crusade, complained to the Arizona Attorney General’s Office that the ads violate the state’s consumer-protection act because they’re untrue.

And as we’ve already established, it’s Farnsworth’s and Polk’s assertion that fails the truth test.

We’ll give the last word to Fillichio, the Weedmaps spokesman:

“Our billboards provide communities with cited facts about the social effects of legalizing cannabis. It is our goal to foster informed discussion among residents, community leaders and elected officials, and encourage more research and debate from people on both sides of the issue.” 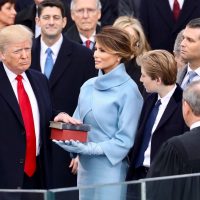