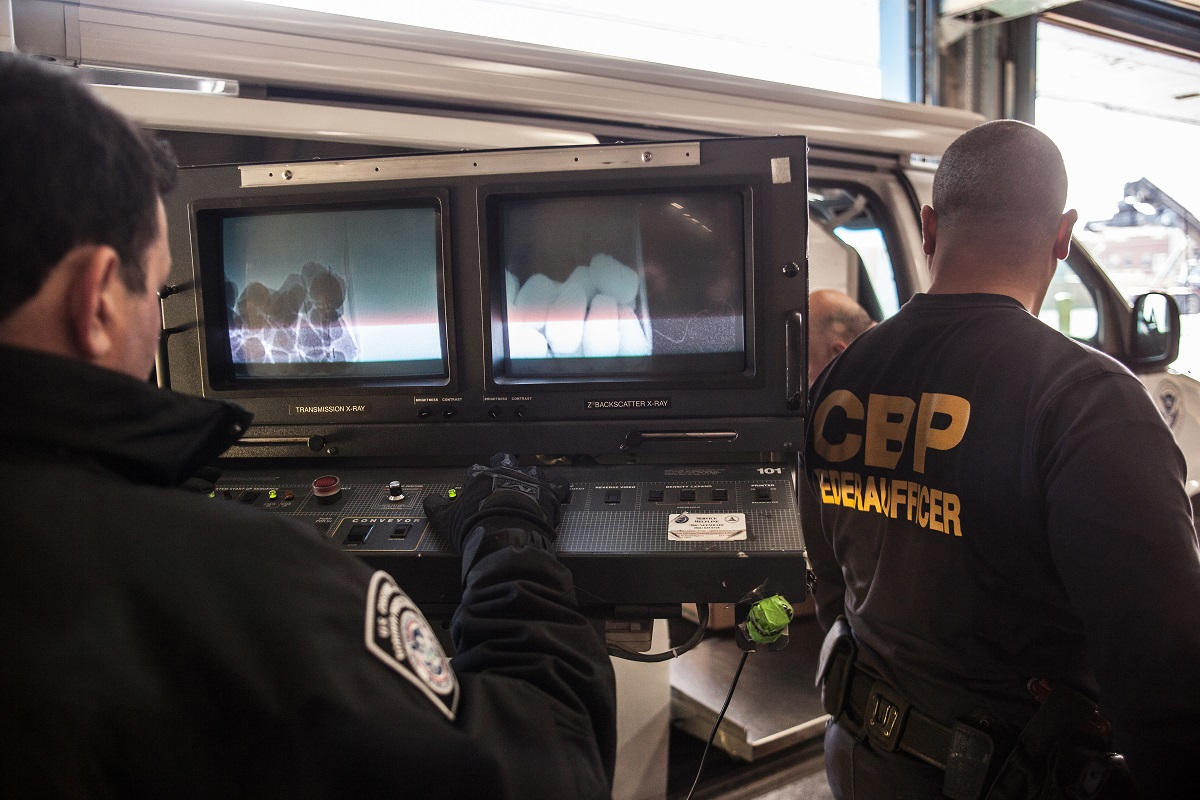 The defenders of digital freedom at the Electronic Frontier Foundation (EFF)  have joined forces with the ACLU in a lawsuit aimed at ending the warrantless searches and seizures of laptops, cell phones, and other electronic devices at the nation’s ports of entry in apparent violation of the Fourth Amendment to the U.S. Constitution.

The complaint was filed on September 13 in U.S. District Court in Massachusetts.

The plaintiffs are ten American citizens and one legal permanent resident who allege that their mobile electronic devices were seized, searched, and in some cases held for months by federal agents.

The filing explains that this Orwellian policy — which allows federal gendarmes warrantless access to travelers’ electronic devices at airports, border checkpoints, and harbors — began in 2009, when U.S. Immigration and Customs Enforcement (ICE) and U.S. Customs and Border Protection (CBP), issued directives allowing agency minions to search such devices “with or without individualized suspicion.”

Since 2009, CPB and ICE have searched the mobile electronic devices of “tens of thousands of individuals,” according to the complaint. And the pace is picking up. According to CPB’s statistics, it conducted 14,993 searches during the first six months of fiscal year 2017, meaning CBP could hit the 30,000 mark by September 30, when the fiscal year ends.

The plaintiffs in the case come from all walks of life:  an air force veteran, a limo driver,  a graduate student, two journalists, an engineer at NASA’s Jet Propulsion Laboratory, a businessman who does security work for the U.S. government, a computer programmer who travels the world to compete in Frisbee tournaments,  and a mom studying to be a nurse.

Some plaintiffs allege they were detained on two or three separate occasions; one claims that physical force was used. In nearly every instance, the plaintiffs were coerced into coughing up the passwords to their phones and laptops on threat of having them seized. Sometimes the agents seized them anyway.

Considering the amount of data laptops and smartphones can hold, such searches and seizures represent a colossal invasion of privacy,  and the EFF and ACLU argue that the policy implicates individuals’ First Amendment rights to freedom of speech and assembly, owing to the near-ubiquitous nature of social media.

“I felt humiliated and violated. I worried that border officers would read my email messages and texts, and look at my photos,” said Maye, who alleges that she was detained for two hours at Miami International Airport on the way home from a vacation in Europe. “This was my life, and a border officer held it in the palm of his hand. I joined this lawsuit because I strongly believe the government shouldn’t have the unfettered power to invade your privacy.”

Fellow plaintiff Akram Shibly told of being physically assaulted by two CBP officers at a U.S.-Canada border crossing. The alleged provocation? Shilby, an independent filmmaker, said he’d protested  that he’d gone through the same ordeal three days prior. He said the officers took his phone from his pocket and  kept it for  an hour.

Said EFF staff attorney Sophia Cope: “People now store their whole lives, including extremely sensitive personal and business matters, on their phones, tablets, and laptops, and it’s reasonable for them to carry these with them when they travel. It’s high time that the courts require the government to stop treating the border as a place where they can end-run the Constitution.”

Click the link below to read the full text of the lawsuit: