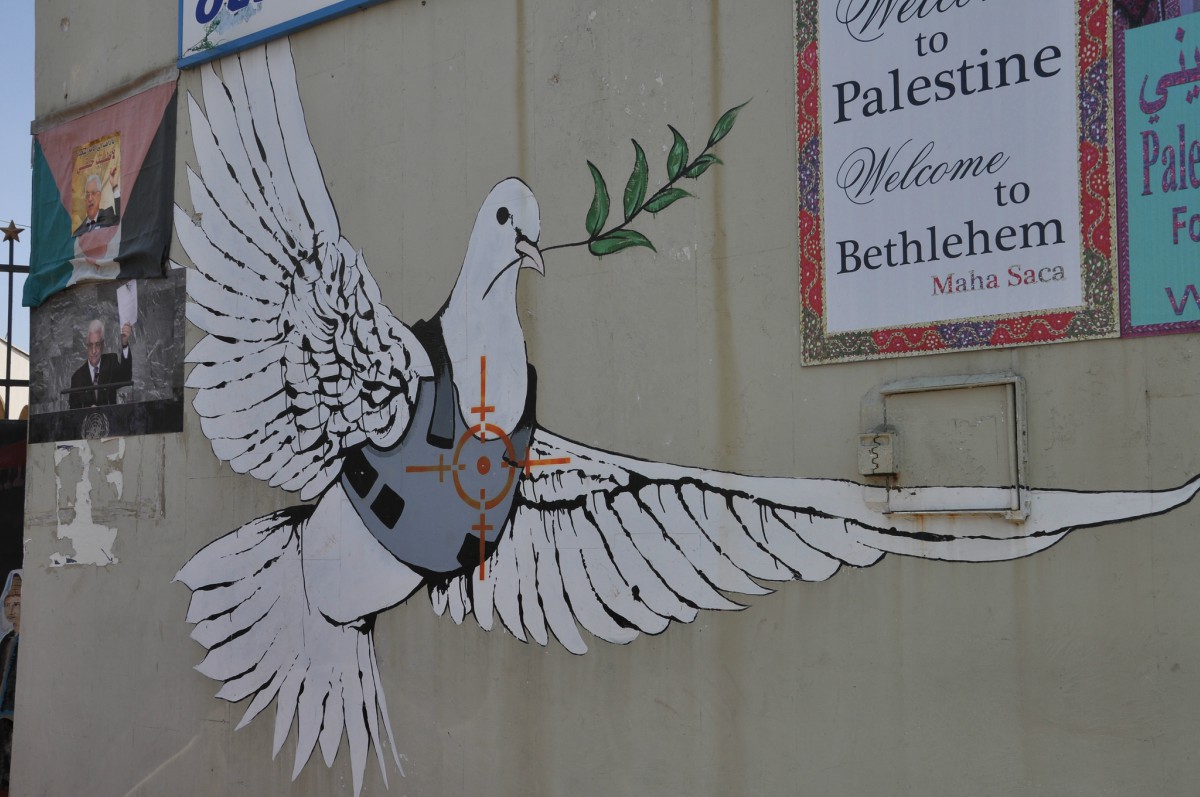 Lawmakers want to torpedo the anti-Israeli "Boycott, Divestment, Sanctions (BDS)" movement, but the ACLU is challenging those efforts on First Amendment grounds -- and winning

The ACLU has declared war on statutes that target boycotts of Israel, claiming they violate the First Amendment’s guarantee of freedom of speech. Recently, a federal judge agreed with the civil-rights organization, issuing a preliminary injunction to halt enforcement of a Kansas law requiring state contractors to certify that they are not involved in the Palestinian-led “Boycott, Divestment, Sanctions” (BDS) movement.

In a January 30 ruling, U.S. District Judge Daniel Crabtree ordered the state of Kansas not to enforce the 2017 statute until the case is decided, writing that “the First Amendment protects the right to participate in a boycott like the one punished by the Kansas law.”

The temporary victory signals that two dozen similarly worded state laws and executive orders could be on the chopping block.

Crabtree’s decision came in response to Koontz v. Watson, a lawsuit the ACLU filed on behalf of a teaching coach at a Wichita school whom the Kansas Department of Education had tapped to participate in a special program to train math and science teachers. As an independent contractor with the state, Esther Koontz stood to make $600 per day for each training session, in addition to her regular salary.

But Koontz quickly ran afoul of Kansas’s new anti-BDS law. According to the lawsuit, in 2016 she heeded the Mennonite Church’s call to avoid purchasing “products associated with Israel’s occupation of Palestine.” So when the director of the math and science training program asked her to sign a statement avowing that she was not participating in a boycott of Israel, she declined. As a result, the state’s education department refused to contract with her.

In his order, Judge Crabtree wrote that the First Amendment protects the right to participate in a boycott. Crucial to his reasoning was the U.S. Supreme Court’s 1982 decision in NAACP v. Claiborne Hardware Co., a case that stemmed from a suit white business owners filed against the NAACP and other blacks for damages they attributed to a civil-rights boycott in Claiborne County, Mississippi, during the 1960s.

The boycott targeted white businesses in the county seat of Port Gibson in an effort to force integration and achieve racial equality. Though some violence and intimidation took place, the protest was mostly peaceful, and the court found that the boycotters’ nonviolent activities –involving speech, assembly, association, and petition — fell under the umbrella of the First Amendment, as applied to the states via the Fourteenth Amendment’s due process clause.

The conduct prohibited by the Kansas Law is protected for the same reason as the boycotters’ conduct in Claiborne was protected. Ms. Koontz, other members of the Mennonite Church, and others have “banded together” to express, collectively, their dissatisfaction with Israel and to influence governmental action. Namely, its organizers have banded together to express collectively their dissatisfaction with the injustice and violence they perceive, as experienced both by Palestinians and Israeli citizens. She and others participating in this boycott of Israel seek to amplify their voices to influence change, as did the boycotters in Claiborne. The court concludes that plaintiff has carried her burden on the current motion to establish that she and others are engaged in protected activity.

Crabtree’s conclusion might seem like a no-brainer given the significance of the boycott as a form of protest in this country — from the Boston Tea Party of 1773 to the Montgomery Bus Boycott that led to the integration of that Alabama city’s transit system in 1956.

But that hasn’t stopped lawmakers across the U.S. from passing anti-BDS measures. And on the federal level, Congress is considering a bipartisan bill that would effectively criminalize such collective nonviolent action against the Jewish state.

“They’re requiring people to forswear participation in protected, expressive activity. And the Supreme Court has found that is not constitutionally permissible.” –ACLU attorney Brian Hauss

Brian Hauss is one of the ACLU’s lead attorneys on both the Koontz case and a similar challenge to a 2016 anti-BDS law in Arizona. The latter involves a contract lawyer for indigent clients in Coconino County who refuses to sign the state’s required certification that he will not boycott Israel.

In an interview with Front Page Confidential, Hauss explained that the anti-BDS laws are particularly insidious because they often involve every branch of state and local government, including universities. He likened them to laws requiring loyalty oaths that were used to root out Communists during the Red Scare of the 1940s and ’50s.

“I think the [anti-BDS] laws do very much mirror the McCarthy or loyalty oaths,” Hauss said. “They’re requiring people to forswear participation in protected, expressive activity. And the Supreme Court has found that is not constitutionally permissible.”

In fact, the Council on American-Islamic Relations (CAIR) recently filed suit in federal court against the Arizona law, claiming that Arizona State University’s Muslim Students Association wanted to pay for a pro-BDS lecturer to speak on campus, but was flummoxed by ASU’s standard contract for outside speakers, which included boilerplate language stating that the speaker “is not currently engaged in a boycott of Israel and will not engage in a boycott of Israel during the term of this contract.”

Shortly after the suit was announced at a CAIR press conference, ASU issued a statement claiming that the wrong form had been used, and that the language regarding a boycott of Israel had been removed. Nevertheless, a spokesperson for CAIR confirmed to Front Page Confidential that it is going forward with its suit and will ask a judge for an injunction against the university.

Though the ACLU is not involved in CAIR’s lawsuit, Hauss was aware of the development.

“It goes to show why these laws are so pernicious,” he said. “Who can draw any connection between someone coming to talk at a university — or in our client’s case, someone providing legal services to incarcerated individuals — and their participation or nonparticipation in a boycott of Israel?”

The proliferation of laws like the ones in Kansas and Arizona, and the pending federal legislation, has been a reaction to the BDS campaign itself, which dates back to 2005, when a number of Palestinian nongovernmental organizations formed the BDS National Committee. Taking a page from the anti-apartheid boycott of South Africa in the 1980s, the movement encourages businesses, individuals, educational institutions, and others to impose economic restrictions of one form or another on Israel.

BDS’s goal is to stop what it considers to be Israel’s inhumane treatment of the Palestinian people, which the movement’s signature website describes as “Israeli occupation, colonialism and apartheid.” More specifically, BDS seeks Israeli military withdrawal from occupied territories, the destruction of the Israeli wall encircling the West Bank, the removal of Jewish settlements there, and the right of displaced Palestinians to return to their homes in Israel, among other demands.

Israel’s government and its supporters perceive the BDS movement as a direct attack on Israel’s sovereignty and right to exist. Israeli President Reuven Rivlin reportedly has called BDS a “strategic threat of the first order.” And the American Israel Public Affairs Committee (AIPAC), the powerful pro-Israel lobby and a supporter of anti-BDS statutes, refers to the campaign as “economic warfare” that seeks to “stigmatize, delegitimize and isolate the State of Israel.”

Similarly, the Anti-Defamation League condemns BDS as “the most prominent effort to undermine Israel’s existence,” accuses the movement of fostering hatred of Jews, and points out that BDS does not support a two-state solution to the Israel-Palestine conflict, a step that many observers believe is necessary for peace in the region.

From a letter to editor the ADL sent to the New York Times: “While some proponents of economic pressure on Israel may not fully understand, appreciate or even agree with the BDS movement’s destructive goals, the movement’s founders and its most active advocates clearly seek to negate the Jewish character of Israel. That is fundamentally anti-Semitic.”

The comparison of the incessant feud between Palestinians and the Israelis to the inhumane system of apartheid once enforced by a white-supremacist regime in South Africa is inexact, to say the least. Moreover, there are countries in the world far more deserving of a boycott on the grounds of human-rights violations. (Saudi Arabia comes to mind.)

But neither can it be said that everyone who supports some form of boycott against Israel or against companies doing business in the occupied territories is an anti-Semite. Far from it.

As for the proposed Israel Anti-Boycott Act currently awaiting congressional approval, the ACLU opposes the measure on First Amendment grounds, though its supporters insist that the act only regulates commercial conduct.

Hauss disagrees. He referred back to the Claiborne case, in which the Supreme Court noted the difference in motivations between commercial conduct and free speech.

“What Claiborne makes clear is that when the basis for your boycott activity is political support for the cause of the boycott, then that boycott activity is constitutionally protected,” Hauss says. “By contrast, if your purpose in boycotting something is just to gain market share or to financially advantage yourself, that is not constitutionally protected activity.”

The bill is actually an amendment to the 1979 Export Administration Act (EAA), which made it illegal for U.S. companies to comply with an Arab League boycott of Israel. The new language would target a United Nations blacklist of companies doing business in Israeli-occupied territories.

Hauss argues that U.S. companies had been complying with the Arab League boycott before EEA was passed, owing to the fact that the league had made it a condition of trade with its member nations.

In other words, because businesses adhered to the boycott for economic reasons, the government can rightly regulate it. Whereas a boycott of businesses on the U.N. blacklist would be a political statement, and thus protected by the First Amendment.

“Congress is trying to tell American businesses, and potentially even American nonprofits or individuals, what causes they can or can’t support,” Hauss said.

He said the ACLU welcomes recent proposed changes in the law, such as the clarification that incarceration will not be a punishment. But it still opposes the measure.

All the same, the Israel Anti-Boycott Act enjoys bipartisan support. The Senate version boasts 54 co-sponsors, the House version 275, signaling a likelihood of passage in some form.

Asked about these facts, Hauss waxed philosophical about the ACLU’s mission.