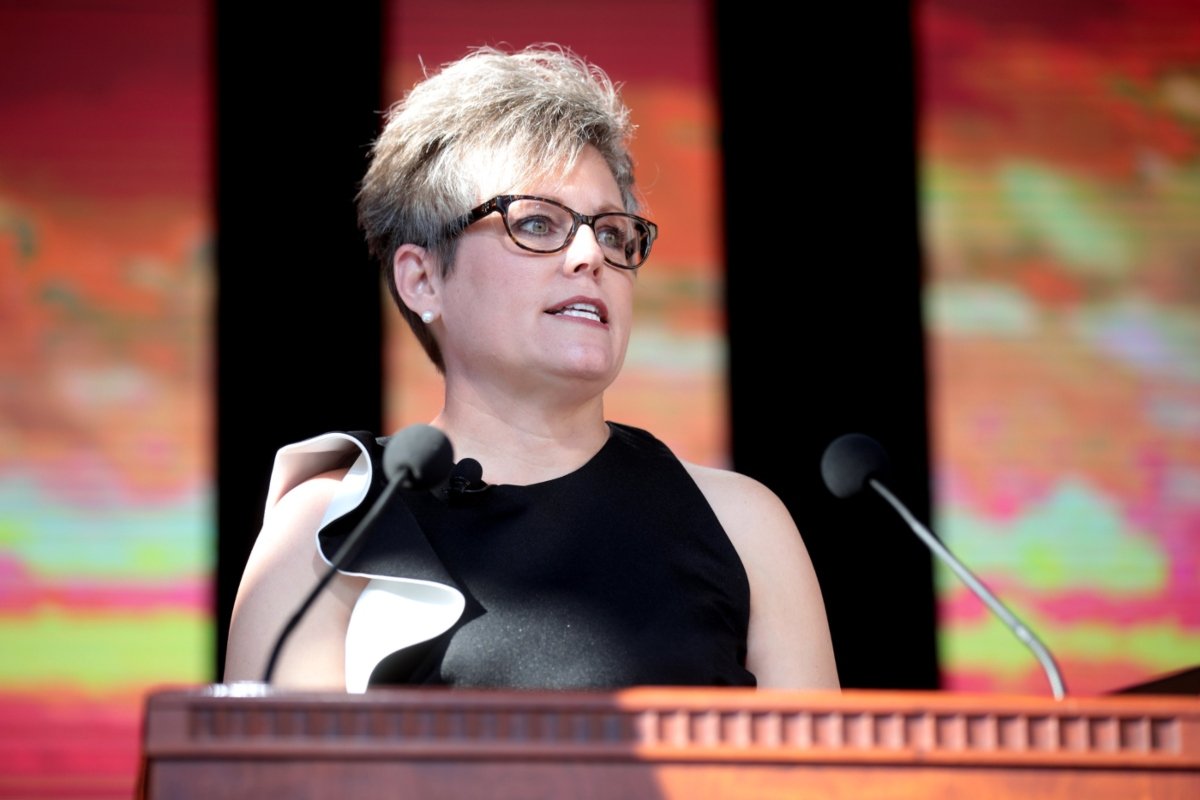 Arizona Governor Katie Hobbs in 2019, when she was Arizona's Secretary of State (Gage Skidmore via Flickr)

Getting arrested for not doing much more than standing around may sound like the exclusive purview of repressive regimes like those in China, Russia, Iran and Saudi Arabia.

Still, standing outside a Chase bank branch in Phoenix, or peacefully watching the public inauguration of a new governor down at the Arizona state Capitol can get you cuffed quicker than you can say “desert police state.”

You’ve likely heard about the Phoenix Police Department’s recent detention of Rabouin, a Wall Street Journal reporter, outside a Chase bank in Phoenix as he interviewed customers for a story he was working on. The incident has rightly garnered local and national outrage, earning Rabouin a personal apology from Mayor Kate Gallego.

Clark’s video of his arrest, posted to FPC’s account with his permission…

The Jan. 5 arrest of Clark, a local progressive activist and U.S. veteran, is in some ways more egregious, but so far the media has largely ignored Clark’s plight, though video of his encounter with Arizona Department of Public Safety officers has racked up thousands of views on YouTube, Facebook and TikTok.

That morning, Clark was in front of a secure double fence restricting the area to the west of 17th Avenue where Hobbs and other public officials were being sworn in —  on the plaza between the state Senate and the State House.

Clark was quietly watching the proceedings and filming with his phone, when he was approached by DPS officers, who told him he had to leave.

As seen in the video, Clark was standing on the east side of 17th Avenue in a monument-filled park known as Wesley Bolin Memorial Plaza, which was not fenced off. You can see others milling about and passing through the park in the background.

Clark asks a DPS trooper why he was being told to leave, and the officer informs him that the inauguration is a “private event permitted for Wesley Bolin to include the capitol grounds,” and that “anybody that’s not ticketed for this area” is being asked to go to a public space on a side street.

Wesley Bolin park is public property, part of the larger Capitol mall area, but it can be reserved for private events, allowing people to be trespassed from it.

State records show the entire area was reserved for the inauguration. The general public was allowed to request a ticket online, and toward the end of his encounter with the officers, Clark asks if there are any tickets left. A DPS captain tells him none are left, and that “Katie Hobbs’ staff” have made the rules. The captain informs Clark he must leave or be arrested.

“This is unconstitutional,” Clark tells him. “This whole area is taxpayer funded.”

The officers then take Clark into custody.

“Wow,” Clark says before the video ends. “I voted for Katie Hobbs, and I can’t watch the event.”

Clark told me the officers took him to a paddy wagon, which then took him to jail, where he would spend the next 15 hours or so, until he was processed and released on his own recognizance. He is charged with criminal trespass in the second degree.

If found guilty, he could receive a maximum of four months in jail and a $750  fine.

But what particularly troubles Clark is the requirement of his release that he not return “to the scene of the alleged crime.”

See, while the legislature is in session, Clark is a constant presence at the Capitol, speaking at hearings and attending meetings: so much so that in 2015, the Capitol Times labeled him a “liberal gadfly.” He says he regards the  state legislature as a “sacred place.”

A perennial advocate of reform, Clark has been involved in many causes and has run unsuccessfully for various elected offices. The Phoenix New Times named him “Best Citizen” in 2015 and gave him an award for “Best Citizen Journalism” in 2016, after he posted video to YouTube of a Phoenix City Councilman making homophobic comments.

He believes that “both sides” of the political divide “despise” him because he’s constantly haranguing politicians of all affiliations, which has made him few friends in the Democratic or Republican camps. And he thinks his ubiquity may explain why the media has turned a blind eye to his arrest.

“Nobody wants to touch this, you know, the media,” he says. “They see me all the time, so they’re probably like, don’t feed him, don’t give him attention. But I was standing up for the First Amendment.”

Indeed, the First Amendment is supposed to protect citizen journalists as well as professional journalists. It also protects” the right of the people peaceably to assemble, and to petition the Government for a redress of grievances.”

Governor Hobbs’ office did not respond to requests for comment. A spokesperson for DPS similarly declined to make a statement,  but DPS did confirm that Clark was the only person arrested at the Jan. 5 inaugural.

And yet, as with much of Clark’s persnickety activism, which plainly annoys many in power, his recent arrest should not be ignored, particularly in light of the criticism leveled at Hobbs over her unwillingness to lay bare the dollar amounts donated by business interests and supporters to her non-profit inaugural fund.

Apparently, the Jan. 2 event was intended as the “private” one, and the Jan. 5 inauguration was to be the “public” one.

True, the public was allowed to obtain free tickets online to the Jan. 5 inaugural, before they ran out. Meanwhile, Hobbs’ minions were reportedly asking inaugural donors for as much as $250,000, for which they would receive “25 seats at Thursday’s inauguration ceremony, signed programs and a ‘special gift.’”

Clark donated nada. So no seat for him, no signed program and no “special gift,” unless you count the 15 hours he had to spend behind bars on the trespassing charge or the additional time that may come if he is convicted.

The governor’s peeps could have allowed Clark to observe what was, at least in name, a “public” event, as he stood on “public” land that others were walking around on.

I know what some will say, echoing the apologists of authoritarians everywhere: “Why didn’t Clark just comply?”

Clark claims he was standing up for the First Amendment.

Also, in my book, Clark quite obviously was doing nothing wrong. Which ought to count for something in a free society. 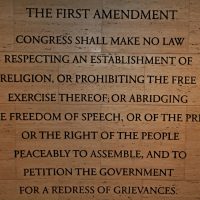