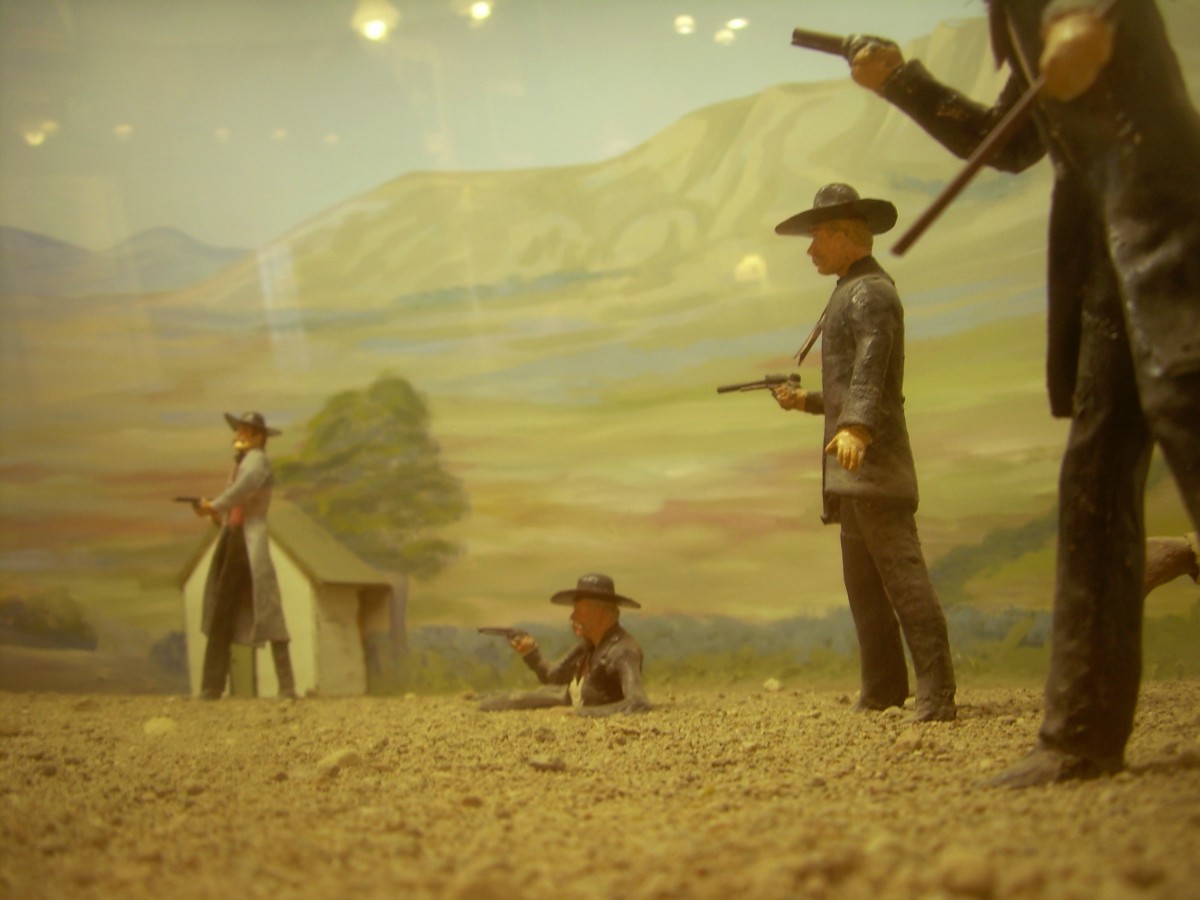 A county attorney in Cochise, Arizona, hauled journalist David Morgan into court for using a Facebook news site to publish a secret grand-jury transcript in a murder case

Ruling from the bench in the county seat of Bisbee, Judge Thomas Fink found that in October of last year, Morgan legally obtained both a grand jury transcript in a local homicide case and a defense attorney’s “motion for remand,” which sought to have the case in question sent back to the grand jury.

Morgan then published a news item on the remand and included hyperlinks to both documents on a Facebook site that he moderates, Cochise County Courts, Crime, Jail, Justice & Politics.

Both acts are protected by the First Amendment, Fink ruled.

As a result, Fink declined the county attorney’s request for a preliminary injunction ordering Morgan to remove the links to the documents.

It was a David-and-Goliath-type win for Morgan, who claims a readership of 10,000 for his news stories, in a county with a population under 130,000.

McIntyre recently filed a notice that his office will appeal Fink’s decision. And in a subsequent motion, he indicated that the county may still be investigating Morgan for “criminal misconduct” regarding alleged violations of grand-jury secrecy.

When Front Page Confidential asked Morgan during a recent interview if he was worried about being the target of the county attorney’s ire, the 69-year-old journalist offered a philosophical reply.

“If I were at a different point in my life and had a family to worry about, I couldn’t be doing what I’m doing,” he admitted. Later in the conversation, he added, “There are some reasons for reporters in this part of the world to be concerned.”

Morgan’s varied and colorful existence has included owning a used bookstore in Puerto Rico, as well as stints as a bartender, a merchant marine, and a Yellow Pages salesman. Despite having just bested the county prosecutor in court — where he appeared pro se — he boasts no formal legal training.

He moved to Cochise County in 2005 and created the Cochise County Record as a way to sell advertising. In an area that was starving for local news coverage, the Record gained prominence as a news source. The chief writer and editor of the venture, Morgan has published Record articles via e-mail, a website, print, and, most recently, on Facebook.

And as his readership expanded, Morgan’s muckraking began to annoy the good old boys who run the county.

One particular bone of contention: Morgan’s decision to publish crime-scene photos from a one-car crash that resulted in the 2012 death of Cochise County Sheriff Larry Dever. Though many who knew him believed he was a teetotaler, an autopsy found that Dever had a blood-alcohol level of more than three times the legal limit. The photos Morgan published showed half-empty bottles of peppermint schnapps and Jack Daniel’s in Dever’s county-issued pickup, along with his corpse.

This past fall, he scored a scoop while covering the case of Roger Wilson, a local man accused of first-degree murder in the shooting death of José Daniel “JD” Arvizu.

Morgan believes that Wilson, who is awaiting trial, is being treated unfairly in what may be a case of self-defense. After Wilson’s attorney at the time, David Wilkison, filed a motion to send the case back to the grand jury, Morgan obtained a copy from the clerk of court.

Based on that document, Morgan published an article on October 8 that was chock-full of allegations of prosecutorial misconduct and misleading testimony.

Along with that October 8 story, Morgan appended a copy of Wilkison’s motion, along with the full transcript of grand-jury proceedings in the matter, which the defense lawyer had emailed Morgan, as Morgan did not have the cash at the time to obtain the lengthy document from the clerk.

Wilkison’s court filing would remain a public document for ten days, until a judge ordered it sealed. But in the meantime,  McIntyre, the county attorney, wrote Morgan a letter, demanding that he remove hyperlinks to Wilkison’s motion and to the grand-jury transcript. In the letter, McIntyre warned Morgan that he was in violation of a state law that makes the disclosure of grand-jury testimony a Class 1 misdemeanor.

Morgan refused to comply, insisting that he had done nothing wrong. In December, the county attorney’s office filed an application with the superior court for a preliminary injunction ordering Morgan to remove the links.

“That toothpaste is out of the tube, and there’s no way to claw it back.” — Superior Court Judge Thomas Fink, on the attempt to censor Morgan’s Facebook post after the fact

In the motion, McIntyre revealed that Morgan was now the subject of a criminal investigation, and that the publisher may have broken other state laws regarding grand-jury secrecy.

“This is not a ‘First Amendment’ issue,” McIntyre wrote. “Instead, plaintiff asks this court to recognize that defendant’s rights of expression do not allow him to flagrantly violate the law and infringe on the rights of others.”

Morgan told Front Page Confidential that McIntyre’s legal gambit “surprised” him, largely because he saw it as a boneheaded move on the county attorney’s part.

“It wasn’t like I was in terrible shock or fear,” Morgan elaborated. “I thought: What the hell are these people thinking? It was really ridiculous. I thought: This can only work to my benefit and their detriment. So why the hell would they do that?”

Adding to the absurdity, the county attorney’s office would later submit to the court a list of prospective witnesses in the case, which included Tim Steller, a veteran columnist and reporter for the Arizona Daily Star, who had written a piece supportive of Morgan.

But the county attorney apparently had second thoughts about hauling into court a journalist who works for the second-largest newspaper in the state. Steller told Front Page Confidential that McIntyre’s office never subpoenaed him.

Morgan said he could not find counsel that he felt was qualified or that he could afford. He lamented that none of the state’s civil-liberties organizations or groups that deal with issues concerning freedom of the press had come to his aid.

In a February response to the county attorney’s request for a preliminary injunction, Morgan argued that the “matters in dispute are clear First Amendment questions.”

Wrote Morgan: “The obvious intent of the complaint is to constrain, hinder, and even prevent citizens from scrutinizing Cochise County law enforcement operations, investigations, prosecutions and grand jury procedures.”

In his defense, he referenced similar cases involving governmental attempts to prevent the publication of “secret” documents or accounts of closed court hearings.

In particular, Morgan cited the U.S. Supreme Court’s 1971 decision in New York Times Co. vs. United States — commonly known as the “Pentagon Papers” case — in which the court held that the First Amendment protected the right of the Times and the Washington Post to publish a classified government history of the Vietnam War that had been leaked to journalists.

During a two-day hearing in Judge Fink’s courtroom, Morgan directly questioned and cross-examined witnesses, including McIntyre himself.

In his ruling, the judge agreed with the need to keep grand-jury proceedings secret. But he rejected the county attorney’s arguments that Morgan’s publication of Wilkison’s motion would taint the jury pool in the underlying murder case.

Fink found that Morgan had legally taken possession of the disputed documents, and that Wilkison had emailed the grand jury transcript to Morgan in the apparent belief that he would deliver it to his client, Roger Wilson, during an upcoming jail visit. But the judge further noted that even if Morgan had done exactly what Wilikison expected him to do, Wilson could have handed over the document to Morgan. So the point was moot.

Moreover, Fink wrote, if he were to interpret the statute governing unlawful grand-jury disclosure to be as broad as the county attorney argued it is, it would expose “10,000, 100,000 persons,” who had seen the documents online to “arbitrary and discriminatory” enforcement.

“Mr. Morgan committed no crime” in obtaining the document, Fink reasoned. As for writing about and disseminating it, opined the jurist: “[Th]at is First Amendment speech.”

Moreover, the county attorney’s action, coming a full two months after the publication of the materials, struck Fink as a futile gesture.

“That toothpaste is out of the tube, and there’s no way to claw it back,” wrote the judge.

Morgan said he’s pleased with the ruling, even though the judge didn’t go as far as to dismiss the county attorney’s underlying civil claim.

McIntyre has appealed Fink’s decision and appears to be keeping his options open when it comes to charging Morgan with a crime.

Could McIntyre prosecute Morgan, despite Fink’s declaration that the publisher is protected by the First Amendment?

Jane Bambauer, a professor at the University of Arizona’s James E. Rogers College of Law who often writes about the intersection of freedom of speech and technology, is familiar with Morgan’s case. She told Front Page Confidential that it would be a big mistake for McIntyre to pursue Morgan in criminal court.

“The county attorney would very clearly violate well-established First Amendment law if he prosecuted Morgan for publishing court documents that he obtained legally,”  Bambauer wrote via email. “An attempted prosecution on the basis of publication would be misconduct worthy of judicial or professional sanctions.”

Front Page Confidential contacted the county attorney’s office seeking a response to Bambauer’s comment. Deputy County Attorney Sara Ransom, who has led the legal charge against Morgan on McIntyre’s behalf, replied via email, writing that the county attorney’s office “does not comment on on-going investigations” and that it “has not and does not prosecute individuals for engaging in legal conduct.”

Added Ransom: “Rather, the County Attorney is statutorily obligated to prosecute individuals who violate criminal statutes where there is a reasonable likelihood of conviction and other factors warrant prosecution.  By upholding the statutory obligation to prosecute individuals intent upon engaging in repeated violations of the law, the County Attorney’s Office does not engage in misconduct or run afoul of any judicial or professional rules.”

Morgan thinks that Ransom just doesn’t get it.

“She really cannot conceive — it’s literally outside of her ability to comprehend that the press could be as powerful as the government and can’t be restrained by the government,” he told Front Page Confidential.

Below: Read a transcript of Judge Thomas Fink’s ruling from the bench in Cochise County v. David Morgan: