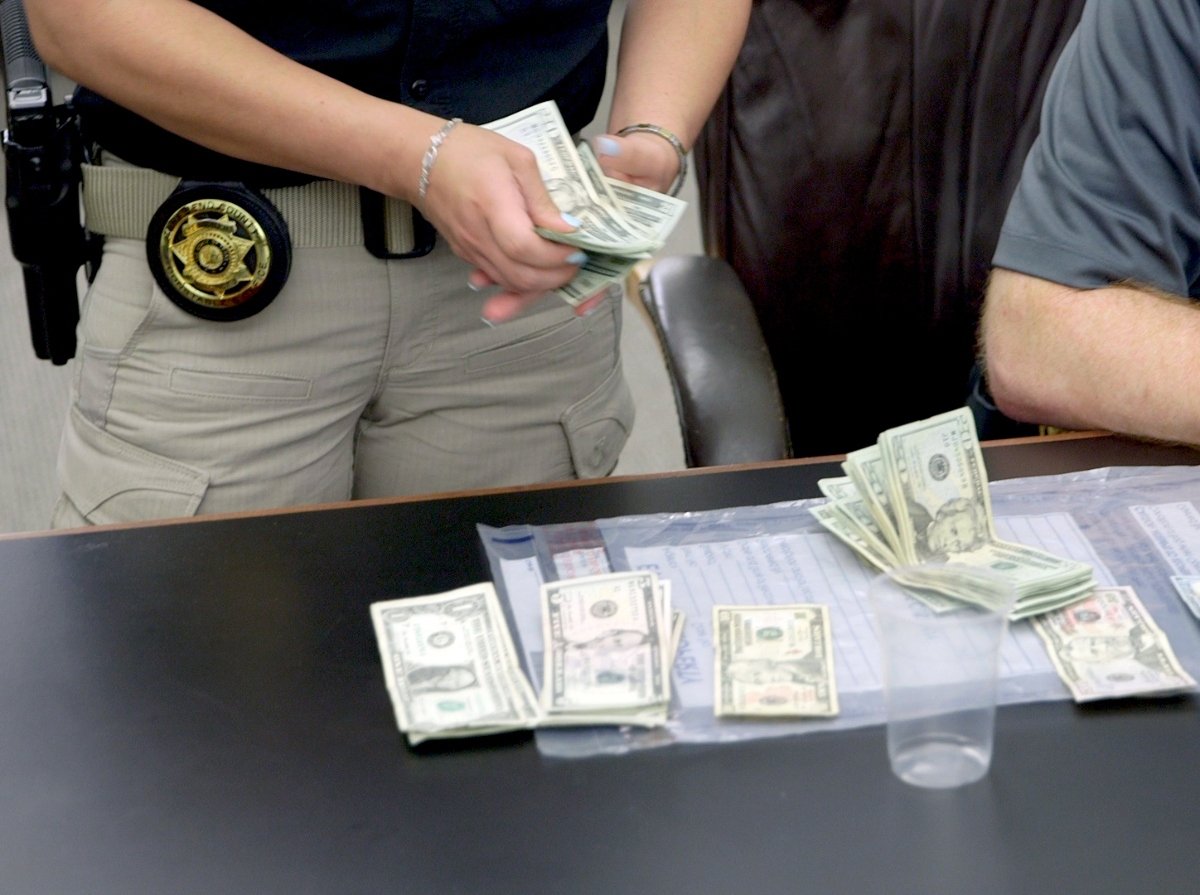 What Operation Independence Day is really all about. (Photo via FBI.gov)

The FBI's annual, four-day vice sting, known as "Operation Cross Country," ran for 11 years and proved a flop, so the bureau extended it a month and renamed it "Operation Independence Day."

Most people are familiar with that line, often misattributed to Einstein, that defines insanity as “doing the same thing over and over again and expecting different results.” That would also make an excellent description of the FBI when it comes to the annual four-day boondoggle known as, “Operation Cross Country,” which the bureau recently re-dubbed “Operation Independence Day” and extended to a full month.

According to the FBI’s online propaganda, Operation Independence Day, which ran for the entire month of July, intends to “identify and arrest sex traffickers and recover child victims,” a noble goal, by any measure. That was the same goal for Cross Country, which the FBI led from 2007 to 2017, pouring millions of dollars into a nationwide dragnet and partnering with hundreds of local law enforcement agencies.

But considering the FBI’s goal of smashing “sex trafficking,” which federal law defines as commercial sex involving a minor, or an adult via force, fraud or coercion, the results from Cross Country have been lackluster. According to an unusually critical Fox News report from late July, unnamed FBI sources told Fox reporters that the FBI suspended the 2018 Cross Country so the bureau could “re-evaluate the program to see what improvements could be made.”

The Fox News article pointed out that “yearly arrests” for Cross Country “have not gone above the 300 mark,” and that during the entire 11 years of the program “fewer than 1,000 juvenile victims” had been “rescued and recovered,” a stat the conservative news outlet called “troubling.”

Talk about odd timing. Less than two weeks later, the FBI announced that Independence Day was the new Cross Country.

In past years, the FBI initiated weeklong coordinated nationwide sweeps under the name Operation Cross Country to arrest traffickers and recover underage victims. This year, FBI field offices had a longer time window to plan and execute operations as part of the national initiative, with the goal being to develop richer leads and intelligence, and more robust cases.

Reason magazine associate editor Elizabeth Nolan Brown, an implacable foe of Cross Country, declared the revamped operation “unchanged” in an August 13 analysis. She noted that despite Independence Day’s “longer time frame,” the FBI and its partners “‘rescued’ about the same number of young people that it has in the past couple years and significantly fewer than it did years prior.”

On its website, the FBI states that “103 juveniles were identified or recovered and 67 suspected traffickers were arrested” as part of Operation Independence Day. But Brown, who has covered the FBI’s sex stings for years, was not impressed.

For instance, in the eleventh and last OCC, in October 2017, the FBI announced that it had discovered 84 minors. After OCC IX, in the summer of 2015, an FBI press release reported “the recovery of 149 sexually exploited children” and, in 2014, police picked up 168 minors⁠—more than twice as many as this year, in less than one-quarter of the time.

This year, agents from 400 different law enforcement agencies, 86 task forces, and 33 FBI field offices conducted some 161 operations throughout the month of July. In total, they picked up 82 minors allegedly selling sex. The youngest was age 15. The operation also “identified” another 21 teenagers who were possibly being exploited.

In 2017, Brown reported on then-FBI director James Comey’s testimony to Congress, in which Comey stated that during the 10th iteration of Cross Country, “police and FBI agents arrested 996 ‘adult prostitution subjects.'”

Brown noted, “That’s 332 times as many sex workers arrested in the stings as people indicted on federal charges involving a minor.” (Italics, hers.)

Although the FBI’s account of Operation Independence Day takes pains to note the presence of “victim specialists” who make sex workers aware of “the resources available to help them” when they are brought in for “interviews,” there are no numbers on how many sex workers were arrested during the month of July as a result of Independence Day.

But that does not mean adult sex workers were cut loose by law enforcement.  Far from it. Prostitution, otherwise known as commercial sex among consenting adults, is normally prosecuted as a local crime. And local cop shops are not shy about announcing their vice collars via TV news or in print.

Brown cites a number of stories from local media indicating that alleged sex workers were arrested by the FBI’s law enforcement partners: eight in Northern Ohio; 49 “sex workers and their facilitators” in Alabama; three women in Mount Pleasant, South Carolina; and so on. Just Google “Operation Independence Day” and up will pop a plethora of stories about sex workers being cuffed.

To borrow a line from writer Maggie McNeil’s recent documentary on the subject, the “war on whores” remains in full swing.

Asked to comment for this story on the FBI’s rebrand of Operation Cross Country, veteran sex workers rights activist, Kristen DiAngelo, executive director of the Sacramento chapter of the Sex Workers Outreach Project, was aghast at the month-long sting.

“The data shows that this isn’t an operation that works,” she  said. “We’re spending tons of tax payer dollars in an already shaky economy to go on these big criminalization binges. It’s insane,”

Cross Country did little to make communities safer, she explained. On the contrary, the operation had the effect of spreading fear throughout the ranks of sex workers, making them even more wary of the cops and less likely to cooperate with law enforcement to help put actual traffickers behind bars. Extending the time-frame of the operation only worsens the situation.

“Just think about how crazy that is,” she said. “It’s like, `Yeah, we did it over like two to four days before. It didn’t work, so we’re going to like double, triple, quadruple down and just do it longer. ‘ Like … `I know if we just do it 10 times more, it’ll work.'”

DiAngelo is currently raising money on GoFundMe to conduct a study in the Sacramento Valley of the effects of criminalization on the sex trade. SWOP Sacramento will partner with the harm-reduction group Safer Alternatives through Networking and Education (SANE) to interview local sex workers and evaluate their encounters with law enforcement.

She said the last such study SWOP and SANE did was in 2015, and one of the big takeaways was that sex workers were afraid to carry condoms because the possession of condoms could be used to arrest and prosecute them for prostitution-related offenses.

Data from the study was used to support legislation in California to give sex workers immunity from arrest for misdemeanor drug and prostitution charges when reporting violence by others. The same legislation prevents cops from using the possession of condoms to convict sex workers. The bill passed the legislature and was signed into law on July 26 by Governor Gavin Newsom.

DiAngelo said that in order to fight the criminalization of sex work, “you have to have statistics and the you have to have people’s stories” in the hopes of convincing elected officials and motivating them to pass legislation like the kind Newsom just signed.

“So we need to do another one,” DiAngelo explained. “We need to go back to the streets and we need to be there for a while and listen and actually understand how criminalization really affects the population.”

Which sounds like a much better use of resources than the FBI’s profligate spending on anti-vice campaigns that largely target adult sex workers and their clients. 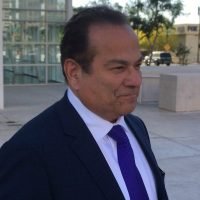 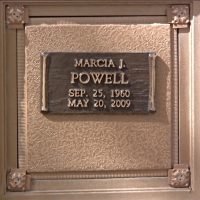