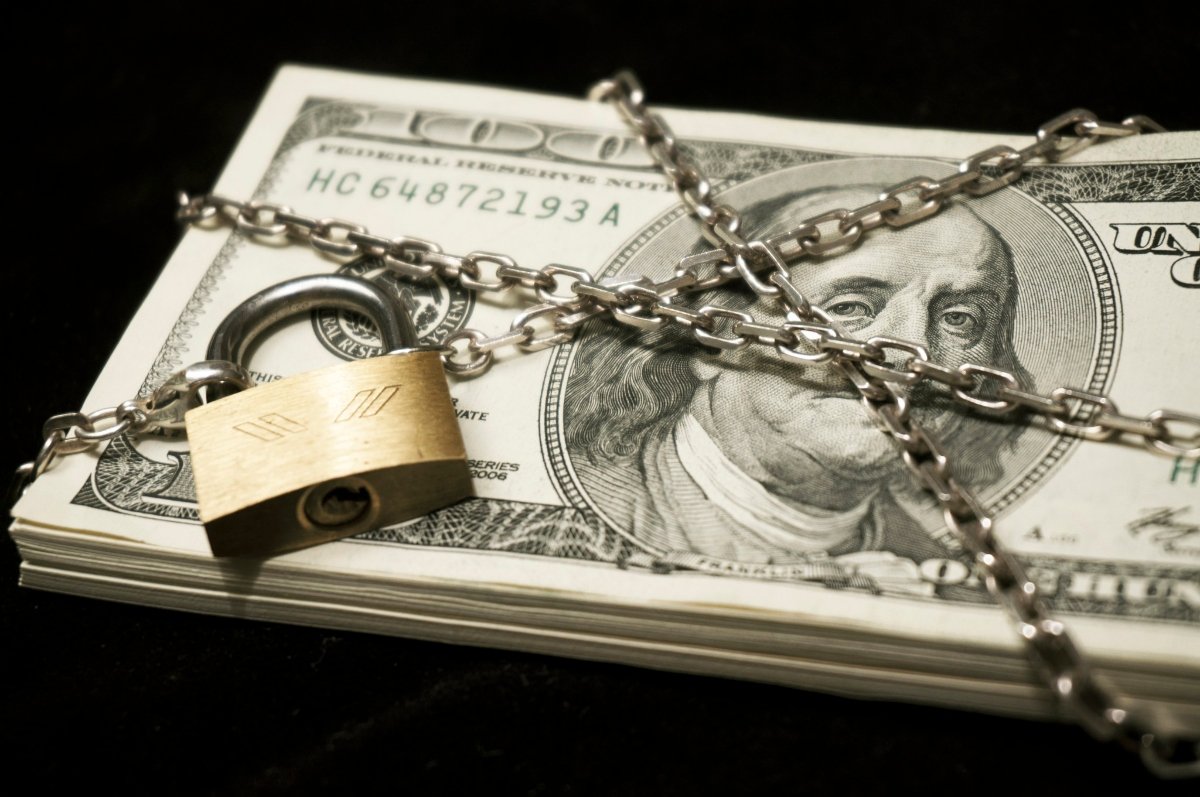 The feds have seized all of Lacey and Larkin's assets in a bid to hamstring their defense. (Pictures of Money via Flickr)

Facing a costly new trial caused by prosecutorial misconduct, the Lacey/Larkin defense asks Judge Humetewa to release a portion of assets illegally seized by the feds.

Staring down the barrel of an expensive retrial triggered by intentional government overreach, defense attorneys in the Lacey/Larkin case are asking federal Judge Diane Humetewa to release a fraction of the millions of dollars in assets illegally seized by the prosecution in its bid to starve the defendants into submission.

As recounted in a recent defense pleading filed in Phoenix’s federal court, three-and-a-half years ago the U.S. Department of Justice “seized and restrained more than $135 million of liquid assets” belonging to the defendants and their family members, in addition to “tens of millions of dollars in real estate and other illiquid assets” and over $10 million in lawyers’ funds.

Shortly before arresting veteran newspapermen Michael Lacey and Jim Larkin in 2018 on bogus charges related to their former ownership of the Craigslist-like listings giant, Backpage.com, the feds began seizing nearly all of their assets using warrants issued by magistrates out of U.S. District Court in Los Angeles.

The defense attorneys were replaced by court-appointed lawyers. The same could now happen to the other defendants’ lawyers unless the defense is granted some relief.

It’s a situation no doubt anticipated by lead prosecutor Kevin Rapp in provoking the recent mistrial. Lacey and Larkin’s attorneys were far too effective in undermining the government’s case for Rapp’s taste. Better to cause a mistrial and drive the defense into the poorhouse and the arms of beleaguered public defense attorneys than risk a complete rout.

As a result, the defense has its tin cup out and is requesting that Judge Humetewa partially vacate the seizure warrants out of California and un-freeze four specific categories of funds that should never have been seized because they cannot be traced to any alleged illegal activity.

These assets include: more than $400,000 in an account that held payments from Lacey and Larkin’s sale of a 17-paper chain of alternative weeklies once known as Village Voice Media (VVM); assets seized from Backpage’s foreign operations; more than $10 million in defense attorneys’ trust accounts; and “assets seized that relate to revenues from Backpage’s non-adult advertising.”

Asset seizure is a controversial tactic that allows law enforcement to seize money, property and other possessions, forcing the rightful owner to prove the assets did not derive from criminal activity. In many cases, the defendant need not be charged, much less convicted of a crime. If forfeited, some or all proceeds may go to the law enforcement agencies involved, causing critics of the practice to refer to it as “policing for profit.”

Many regard asset seizure as an unconstitutional relic of the days when pirate ships were confiscated on the high seas. Several U.S. Supreme Court rulings have attempted to rein in the practice. One of the most significant is the high court’s 2016 ruling in Luis v. United States, which held that the “pretrial restraint of legitimate, untainted assets needed to retain counsel of choice” violates a defendants’ Sixth Amendment right to an attorney.

This is precisely the situation in the Lacey/Larkin case. The government “lacks probable cause to support [its] forfeiture of these assets,” the defense argues, because prosecutors have failed to demonstrate that the four categories cited “are traceable to the crimes alleged in the indictment or the civil complaint.”

As a result, millions of dollars should be returned to the defendants.

Indeed, the government cannot assume that the adult advertising on Backpage was illicit. Over the years, numerous federal and state courts have ruled that the ads are constitutionally-protected speech.  One of the prosecution’s own witnesses, a California cop, bolstered this point at trial, when he testified that he could not arrest someone for prostitution solely based on the ambiguous language and nude or semi-nude photos in the ads.

The same cop admitted the ads could be for legal adult services, such as escorts, striptease or even live sex shows. The defense believes that the government intentionally pushed for a mistrial, in part because that cop was so damaging to the prosecution.

Defending a unique case such as this one, with attorneys and staff from as far away as Buffalo, New York, is “massively expensive,” the motion states. For example, when the government seized Backpage, it committed a direct violation of the First Amendment, and attorneys specializing in freedom of speech are hardly inexpensive.

The defendants are charged with up to 100 counts of conspiracy, money laundering and facilitating misdemeanor state prostitution offenses in violation of the U.S. Travel Act.

Each count involves “unique evidence,” the defense notes in its motion. Additionally, the prosecution is wedded to a novel theory of vicarious liability, which seeks to hold Lacey and Larkin responsible for illegal acts allegedly connected to ads — posted by the site’s users — to the massage, dating and escort sections of Backpage.

“The seizure of monies, the timing of it and the manner they’ve handled it, smacks of tactical use of forfeiture to deprive the defendants of the counsel of their choice.” — Michael Piccarreta, Tucson attorney and former Arizona State Bar president

“The government has nearly 80 witnesses and thousands of exhibits,” the motion argues. “The case involves experts, fourteen years of business activity and correspondence to review, including an extensive history of moderation practices, a large volume of litigation documents and pre-litigation dealings with state and federal prosecutors, and years of communication with counsel.”

Both the civil case in Los Angeles and the criminal case in Phoenix have involved costly appeals to the Ninth Circuit. The feds further complicated defense efforts by destroying the most important source of exculpatory evidence in the case, the website itself. FBI agents failed to make a copy of the site and haphazardly disconnected Backpage’s servers so they could not be reassembled.

In addition to liening Lacey and Larkin’s property, the FBI invaded their homes at gunpoint, carting off any possessions of worth, including their cars and the art on their walls. Lacey, Larkin and their families had to fight to get their personal possessions back. Which cost more money. Agents also caused considerable damage to one of Lacey’s properties, requiring repairs.

Then in September, government attorneys caused a mistrial to occur by ignoring the admonitions of the previous jurist in the case, Judge Susan Brnovich. Prosecutors repeatedly accused Lacey, Larkin, et al., of facilitating heinous crimes that they are not charged with: specifically, sex trafficking and child sex trafficking.

That accusation is both hysterical and absurd. Lacey and Larkin never even saw the 50 ads cited in the indictment and do not know the people who posted them. Lacey and Larkin have never been accused of harming a woman or a child. Nor could they be.

Now the defendants must shoulder the financial burden of a retrial, currently scheduled for Feb. 9.  And their attorneys are apparently tapped out.

The defense writes much of the attorneys’ time remains “unpaid,” since the retainers for the four counsel not appointed by the state have already run dry, “with no funds left to conduct what would have been the remainder of the September trial, much less a whole new ramp of pre-trial and trial work for the possible February 2022 trial.”

This paucity of resources raises the specter that the private attorneys on the case may be forced to step away and be replaced with court-appointed counsel.

This is what happened to Tucson defense attorney and former Arizona State Bar president Michael Piccarreta. In May 2019, Piccarreta withdrew as counsel for one of Lacey and Larkin’s co-defendants because the feds froze money set aside for his client’s defense. Piccarreta had been on the case for nine months when the money was seized. He is still owed compensation for his work.

Piccarreta tells Front Page Confidential that it’s one of many examples of government overreach in the case, and the government “would not shed a tear” if Lacey and Larkin’s attorneys had to do likewise.

“The seizure of monies, the timing of it and the manner they’ve handled it, smacks of tactical use of forfeiture to deprive the defendants of the counsel of their choice,” he explains.

According to Piccarreta, the seizure of attorney funds is “very uncommon where you had a business that operated legitimately for years, earned money, paid its bills, defended itself successfully.”

He says the tactic is more common “in narcotics” where a lawyer “has received hundreds of thousands of dollars from some individual that has no visible methods of supporting themselves.”

According to the defense’s “reply” brief concerning the asset seizures,* the feds allowed its star witness, Backpage CEO Carl Ferrer, to keep his house in Texas, permitting him to “access and use $2.3 million of similar funds that were set aside for his defense.”

Piccarreta finds this “particularly offensive” because Ferrer, who purchased Backpage from Lacey and Larkin in 2015, copped a plea deal with the feds. In exchange for his cooperation, the government allowed Ferrer to plead guilty to one count of conspiracy, and to plead guilty on behalf of Backpage for one count of money laundering.

The money Ferrer was allowed to utilize had the “same source” as the defense funds for the other defendants, Piccarreta says. But Ferrer “played ball with the government and told a story that obviously the government liked.”

Prosecutors justify their actions by saying that Ferrer voluntarily forfeited these accounts as part of his deal with the feds.

But the defense counters that those funds were not Ferrer’s to forfeit.

Aside from the attorneys’ funds, more than $400,000 in one bank account had as its sole source payments from Voice Media Group (VMG), the buyers of Lacey and Larkin’s newspaper chain, Village Voice Media.

After 40-plus years in journalism, Lacey and Larkin sold VVM to VMG for $27 million in another seller-financed deal, which VMG paid back over time.  The government claims the $400K was tainted. Bank records show this is not the case.

But the indictment does not cover “Backpage’s hosting of adult classified advertising in foreign countries or revenues from foreign ads,” the defense argues.

(Also in its reply, the defense notes that it is filing sworn declarations under seal for the judge’s review, showing that the defendants “have a dire need for these funds to pay for their defense, and that they will use these funds for that purpose.”)

Piccarreta believes the government should agree to release funds it cannot trace to alleged wrongdoing, “especially now with the problems they’ve caused.”

So far, the government is giving no quarter.

The courts need to examine the prosecution’s behavior, Piccarreta says, “and recognize the implications for the accused.”

“The courts have to draw the lines, because the government, at least in this case, is going to push it as far they can.” 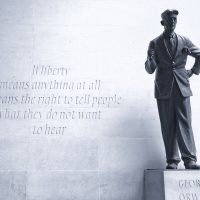