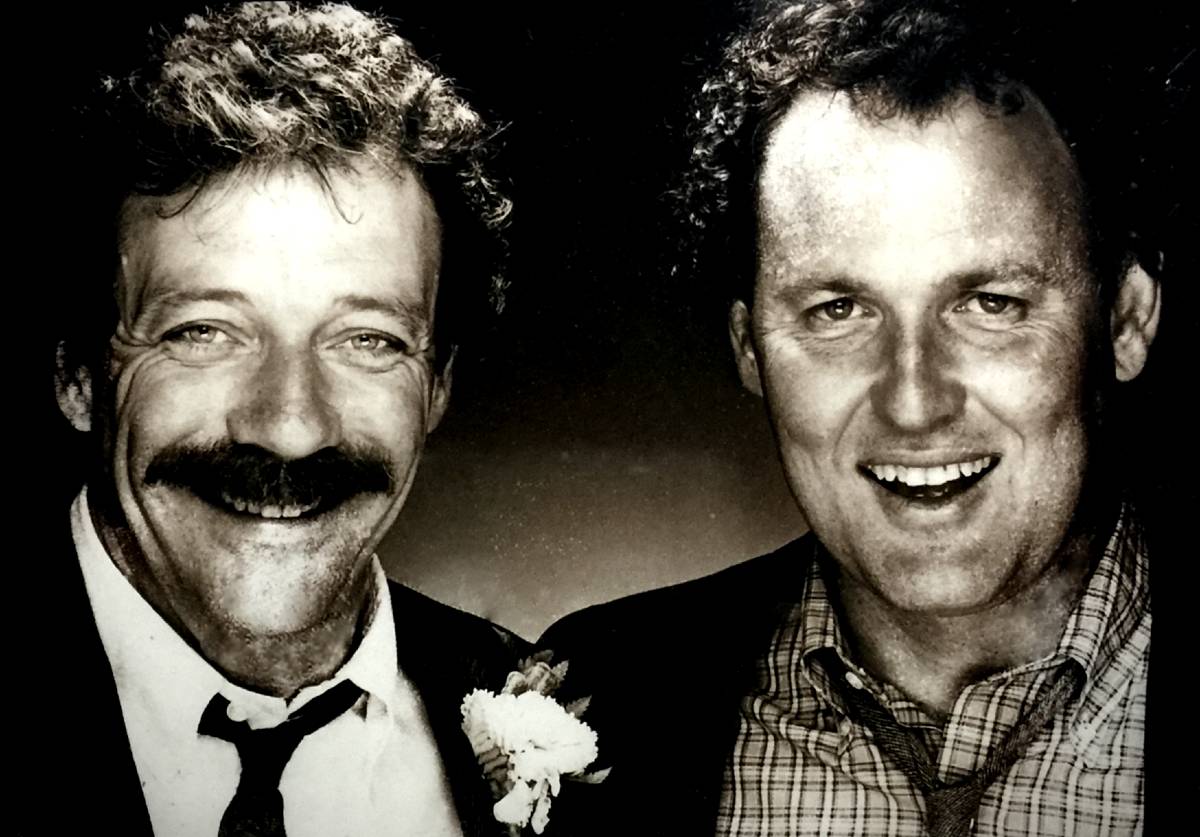 First Amendment firestarters Michael Lacey (left) and Jim Larkin in a photo from the 1980s.

In the cover story for its July/August issue, WIRED magazine unravels the feds' prosecution of veteran newspapermen Michael Lacey and Jim Larkin and explains why Silicon Valley should be worried.

In an exhaustive, 8,000 word feature for the July/August issue of WIRED, investigative reporter Christine Biederman profiles former Backpage owners and veteran newspapermen Michael Lacey and Jim Larkin, explaining the First Amendment implications of their prosecution by the U.S. Department of Justice and why Silicon Valley should be rooting for the feds to fail.

Biederman portrays Lacey and Larkin, the onetime owners of a 17-paper alt-weekly chain, as First Amendment street-fighters engaged in a perilous brawl with the King Kong of all adversaries. The feds want to imprison both men for the rest of their lives for adult ads placed on Backpage by third parties, claiming that by selling the space, Backpage was promoting prostitution across state lines.

But as Biederman notes, there are problems aplenty with the feds’ case. She points out that Backpage was cooperative with law enforcement and at one time tried to comply with the demands of anti-sex trafficking advocates. Moreover, Backpage’s practices were deemed legal by various federal and state courts. Even the feds were once doubtful they could bring a successful prosecution against the pair.

In a bid to force a plea, the feds have seized more than $100 million of Lacey and Larkin’s assets, hobbling their ability to pay for a complex defense involving multiple lawyers and millions of documents to review. The plan is to starve them out. Though that’s not copacetic with the First Amendment when publishers are involved.

The asset freezes raise all kinds of thorny constitutional questions. Generally speaking, federal prosecutors are permitted to freeze a defendant’s assets based on probable cause alone, even before the defendant has a chance to challenge the government’s case in court. But regular forfeiture rules do not apply in cases involving forums for speech—newspapers, films, books, magazines, websites. The US Supreme Court has decreed that when the government seizes these expressive materials, or the proceeds derived from them, it must immediately hold an evidentiary hearing to determine whether the seizure is valid.

More than a year after being charged, Lacey and Larkin have yet to have that hearing, with the government dodging them at every step, while the January 2020 trial date looms like a Russian winter. One legal scholar that Biederman cites characterizes it as “an end run around the First Amendment,” while another worries that if the government gets away with it, all of Silicon Valley could be next.

As for the law, pshaw, prosecutors believe they have a better gambit, something that Biederman calls the “reptile theory,” which she defines as “tapping into the jury’s primitive instincts, arguing that Backpage constituted a public danger and that convicting the defendants will make the community safer.”

Under that standard, many a CEO’s head would roll.

Which is why Biederman argues that Silicon Valley should hope that Lacey and Larkin emerge the victors in this dangerous legal donnybrook. But so far, the internet giants are keeping their noggins down, trying to placate the powers that be.

Biederman offers this Winston Churchill quote to admonish the quislings:  “Each one hopes that if he feeds the crocodile enough, the crocodile will eat him last.”