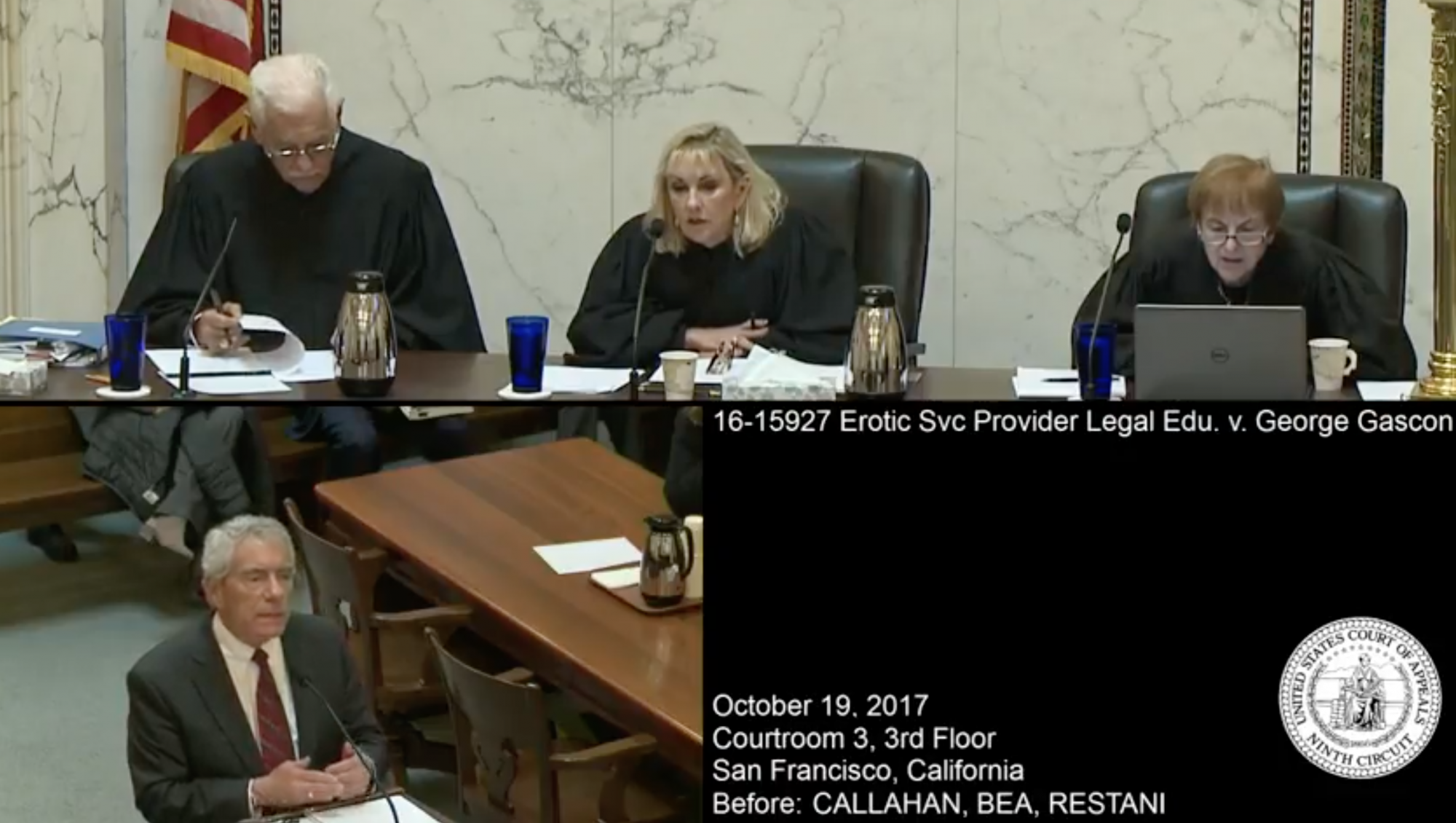 Plainiffs' attorney Louis Sirkin (lower left) argues that consenting adults in the U.S. have a "fundamental right" to engage in sex for hire (screenshot via YouTube)

During a hearing in federal court in San Francisco on Thursday, attorney Louis Sirkin argued that consenting adults have a “fundamental right” under the U.S. Constitution’s 14th Amendment to engage in commercial sex.

Talk about things you don’t hear every day.

“This case is not about sex trafficking,” Sirkin told the court during the livestreamed hearing. “It’s not about the use of minors in any type of way, for sexually explicit material or for sexual acts. This is about adults — consenting adults who voluntarily want to engage in an occupation that would be sex for hire.”

Drawing liberally on the U.S. Supreme Court’s 6-3 decision in Lawrence v. Texas, which overturned that state’s prohibition on “homosexual conduct,” Sirkin — one of the nation’s top First Amendment attorneys —  deftly argued that California’s statute outlawing “any lewd act between persons for money or other consideration” violates the 14th Amendment’s prohibition on depriving “any person of life, liberty, or property, without due process of law,” particularly as it concerns private, consensual acts between adults.

The issue of whether money changes hands over sex is irrelevant, Sirkin contended; the intimate act itself is protected. If individuals decide to exchange money as part of the process, that is a choice they are free to make, without governmental intrusion.

This led to some interesting analogies and cultural references from the judges, all of whom are appointees of Republican presidents.

Judge Consuelo María Callahan, an appointee of George W. Bush, said she was “not trying to sound like the Moral Majority” but wondered if the same protection Sirkin envisioned would apply to serial acts by one person, engaging in prostitution, and essentially leapfrogging from bed to bed.

“I stand here and say to this court that I believe there is a liberty interest that people have the right to make that choice. The only reason to prohibit it, really, is to base it on morality.”

“People have the right to make that choice. The only reason to prohibit it, really, is to base it on morality.”

As he peppered Sirkin with questions, Bea made another colorful analogy, comparing sexual intercourse between husband and wife to a game of gin rummy at home for money. Given that the pair would be gambling, didn’t the state have the right to enforce anti-gambling provisions?

Though the comparison seemed to suggest a parallel issue of whether it would be prostitution to pay your spouse for sex, Sirkin didn’t go there.

“I don’t think that the right to gamble is a basic constitutional right,” he said.

Arguing for the defense, Deputy Attorney General Sharon O’Grady struggled with questions put to her by a decidedly conservative panel, at times stymied by the jurists’ playful hypotheticals.

When Bea asked her if, absent the monetary incentive of prostitution, California could ban one-night stands, O’Grady replied in the negative, saying prostitution was a “commercial transaction” that the state had the right to regulate.

“Why should it be illegal to sell something that is legal to give away?” Bea then wondered.

O’Grady stammered, eventually saying the legislature could do so because of all the supposed “attendant evils” of prostitution, such as violence against women, sex trafficking, and drug abuse. Also, purchasing sex is not an “enduring relationship” of which sex is merely a part.

Bea and Callahan tried to help O’Grady with her argument. Bea asked her if a commercial element cancelled out any personal-relationship element of sex.

Callahan jumped in: “You’re saying friends don’t pay each other.”

O’Grady: “Good friends don’t pay each other for sex.”

Bea: “What if they became good friends because they were paid?”

Curiously, no one raised the issue of “friends with benefits.”

The hearing adjourned without a decision, though Bea suggested that it might be proper to remand the case back to the lower court for further litigation rather than dismiss the appeal or rule California’s prostitution statute unconstitutional.

Perhaps appropriately, the hearing coincided with headlines announcing the conclusion of the FBI’s 11th annual Operation Cross Country. Ostensibly a coordinated effort to combat “sex trafficking,” the nationwide blanket of prostitution stings has been derided by critics like Reason.com’s Elizabeth Nolan Brown as a “sick charade” that hurts the people it purports to rescue.

On the other side are folks like Polk County Sheriff Grady Judd, Florida’s answer to Joe Arpaio, who held a press conference on Thursday to announce that an old-fashioned prostitution sting mounted as part of Operation Cross Country had netted 277 arrests. As part of the proceedings, he displayed (in silhouette) five “possible human trafficking” victims, a whopping 2 percent of the total haul. 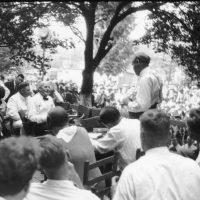