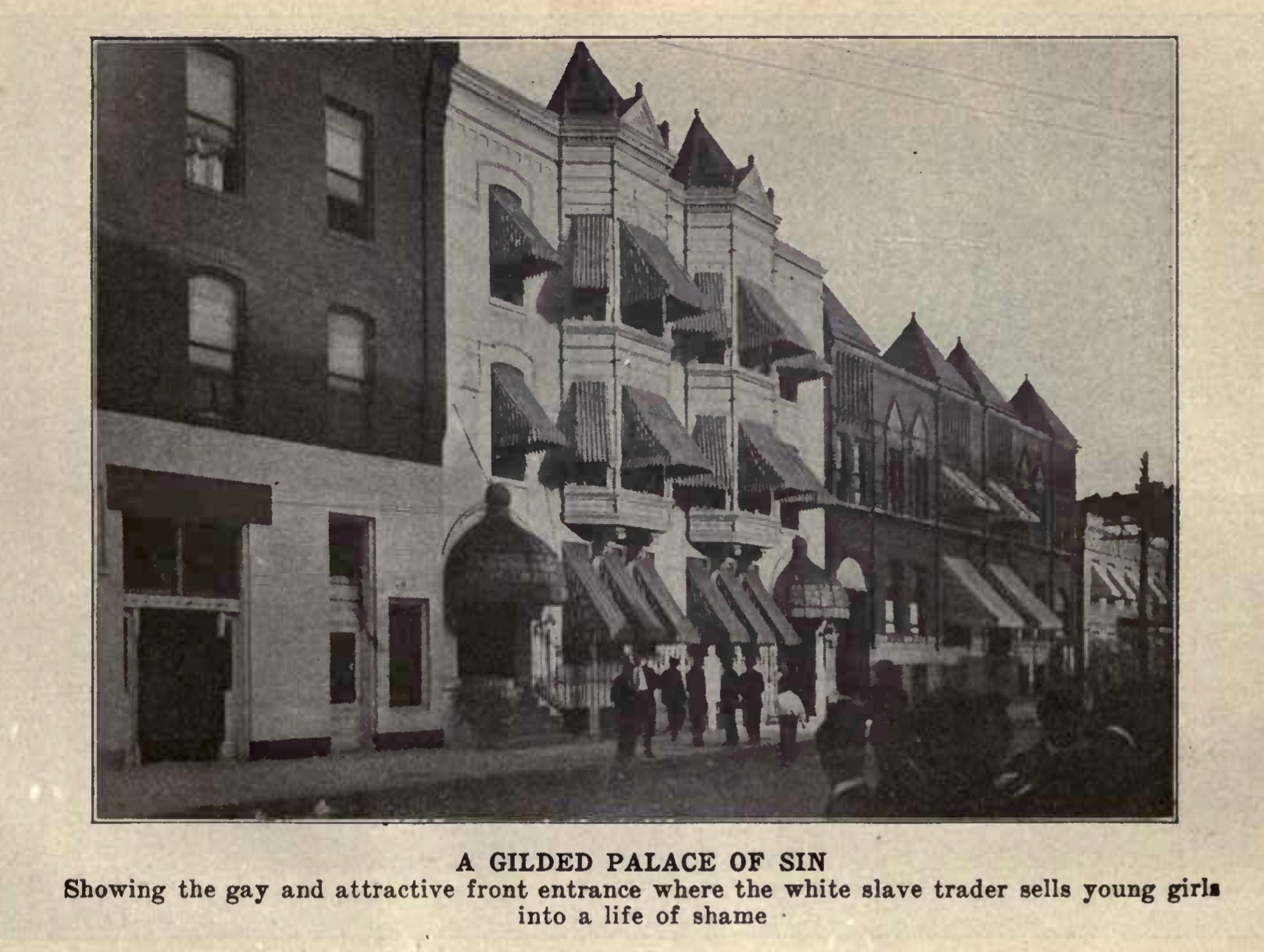 From the 1910 book, Fighting the Traffic in Young Girls, available online at the Library of the University of Illinois at Urbana-Champaign

Today’s moral panic over the much-hyped issue of sex trafficking echoes the ludicrous “white slavery” hysteria of the early 1900s: That’s the conclusion legal scholar Alexandra F. Levy draws in “The Virtues of Unvirtuous Spaces,” a provocative article published this past spring in the Wake Forest Law Review.

Levy, an adjunct professor at the University of Notre Dame Law School, upends the arguments of self-righteous moralists who have targeted platforms such as Backpage and Craigslist as the supposed facilitators of online sex trafficking. She likens the current anti-sex trafficking crusade to a nearly forgotten moral panic of the early 20th Century, which peddled a mostly false narrative of virginal white women being snatched up at “disreputable dance halls” by “white slavers” and forced into lives of sexual servitude on behalf of secret societies dedicated to “debauching little girls.”

While acknowledging the reality of sex trafficking, Levy demonstrates at length the logical fallacies of anti-sex trafficking advocates, who contend that sex trafficking is an international epidemic that only can be eliminated by eradicating interactive websites where sex workers — many of whom are engaged in activities that are entirely legal — make contact with their customers.

Levy’s piece slams the “erroneous placement of blame” on the shoulders of the websites’ owners, observing that targeting these sites is counterproductive, as the sites often are crucial to saving children and adults who have been forced into prostitution. She also deftly uses the propaganda of anti-sex-trafficking groups against them, pointing out that the information provided by these organizations actually offers evidence that websites like Backpage are a valuable tool for law enforcement.

Crucially, the fact that a high number of victims have been recovered through Backpage is commonly marshaled as evidence that Backpage caused trafficking–but not, notably, that Backpage allowed trafficking victims to be recovered. The attention paid to Backpage’s role in facilitating trafficking, but not its role in stopping it, demonstrates the illogic at the heart of this position. In fact, it is nonsensical to hold Backpage accountable for what traffickers do with it (engage in sex trafficking) but to simultaneously refuse to credit it for what law enforcement does with it (apprehend traffickers and recover victims). The closure of Backpage’s “adult” section is no less a loss for law enforcement as it is a blow to traffickers.

This asymmetry speaks to a fundamental misunderstanding about the role of online intermediaries in human trafficking. Internet platforms are, by definition, nothing more than forums–forums for the good and the bad and the vulgar and the humorous. To the extent that they are forums for trafficking, they are also forums for its antidote. Indeed, all they provide is a space in which people become visible. The consequences of visibility are up to users–exploiters, law enforcement, nongovernment organizations (“NGOs”), and concerned citizens, among others.

Like many forums, Internet platforms are generally not legally liable for content created by others. The fantasy that these websites are bad actors–and are thus worthy enemies of antitrafficking advocates–not only distracts from efforts to hold traffickers accountable, but causes an invaluable resource for apprehending traffickers and recovering victims to be squandered.

The Virtues of Unvirtuous Spaces