FOSTA opponents predicted that passage of the anti-prostitution bill would impair free speech, imperil lives, and put sex workers back on the streets. So far, they're right on all counts.

Critics of H.R. 1865, the Fight Online Sex Trafficking Act (FOSTA), which passed the U.S. Senate 97 to 2 on March 21, warned that the bill’s broad language targeting online adult ads would have a devastating effect on freedom of speech, putting sex workers and trafficking victims at risk.

By the time President Trump signed the bill on Wednesday of last week, the fallout was already well under way.

Tech companies have taken steps to protect themselves via self-censorship and draconian new rules restraining the speech of their users. Advocates for sex workers and trafficking victims are in panic mode.  And the U.S. Department of Justice’s April 6 shuttering of the ad site Backpage.com, coupled with the arrests of seven of the site’s former and current owners and executives, sends a clear message: Adult advertising online is verboten in the U.S., and websites and their operators will be presumed guilty of any and all illegal acts committed by those who post content to their platforms. (Disclosure: The publishers of Front Page Confidential, who co-founded Backpage in the early 2000s and sold it in 2015, were among those arrested.)

No wonder the adult advertising that FOSTA seeks to banish from the internet has begun migrating to sites in other countries. Not long after the feds seized Backpage, a site called Bedpage.com went live, with servers located in London, imitating Backpage’s look. And the adult listings site USASexGuide.info announced it was “temporarily suspending” operations until it can be sold “to a non-US citizen who will host the website on a server in their home country (Russia, The Ukraine, Malta, who knows where).”

Meanwhile, various interactive websites, platforms, and online services scurried to do what they could to safeguard themselves against possible federal prosecution.

On March 22, a day after the Senate sent FOSTA to Trump’s desk, Reddit deleted whole categories, including the subreddits r/Hookers, r/Escorts, and r/SugarDaddy. The site also announced a new policy that forbids users from soliciting or facilitating “any transaction or gift involving certain goods and services,” such as those “involving physical sexual contact.”

Following the bloodletting on Reddit, Craigslist spiked its personals section, noting in a statement posted to the site that FOSTA would “subject websites to criminal and civil liability” for  content posted by users.

Entire sites that played host to adult-themed listings, such as Cityvibe.com and Nightshift.co, have gone dark. Several sites reportedly deleted escort sections or discussion forums, including Yellow Pages, HungAngels.com, and VerifyHim.com, a site that allows women to blacklist stalkers. The London-based YourDominatrix.com announced that it will “no longer be hosting text, picture or any other links” to U.S.-based dommes.

The cheekily titled Pounced.org, a free personals site for furries (people who like to dress up in cartoonish, anthropomorphic animal costumes) closed down, citing FOSTA in a statement that discusses how the bill “chips away at one of the primary reasons we as a small organization can provide services” — i.e., Section 230 of the Communications Decency Act, which held interactive services blameless for transgressive content posted by others.

The stakes are frighteningly high. FOSTA drives a legal stake through heart of Section 230, creating new felonies for anyone who “owns, manages, or operates an interactive computer service” or “conspires or attempts to do so, with the intent to promote or facilitate the prostitution of another person.” If the charge involves one person being prostituted, a guilty party could be sentenced to ten years in prison; if five or more are involved, a judge could hand down a maximum of twenty-five years.

“As the furry community is (primarily) an online community, any closure that limits the ability of members to meet and interact is detrimental to the whole.” https://t.co/BFiasen40b

That new language is being added to the Mann Act,  which Congress passed in 1910 in response to a nationwide “moral panic” over the generally nonexistent problem of “white slavery,” making it a crime to transport women across state lines for purposes of prostitution.

(Though the terms are frequently conflated, the terms prostitution and sex trafficking are not synonymous. Prostitution refers to consensual commercial sex between adults. Federal law defines sex trafficking as involving a commercial sex act induced by force, fraud, or coercion, or in which the person induced to perform such act has not attained eighteen years of age.)

Get brave. Speak up.

So it’s no surprise that computer services large and small are either going offline altogether or attempting to rein in their users with more restrictive terms of service (TOS).

Microsoft recently announced a number of changes to its TOS, which covers products such as Xbox and Skype. The update, which goes into effect May 1, bans “the use of offensive language and fraudulent activity.” More specifically, Microsoft users are prohibited from sharing “inappropriate content or material (involving, for example, nudity, bestiality, pornography, offensive language, graphic violence, or criminal activity).”

When Microsoft’s vice president of gaming, Mike Ybarra, took to Twitter to claim that there was no change in policy for Xbox Live, his tweet was met with a torrent of disbelief. Many noted the irony that, in spite of its expansive new rules, Xbox sells games on its site that depict graphic violence, including Call of Duty and Grand Theft Auto.

As FOSTA advanced through the House and then through the Senate, several entities sounded the alarm, including the Cato Institute, the ACLU, and even the U.S. Department of Justice (which deemed the bill’s retroactivity provision “unconstitutional”).

When the Senate passed the bill, the Electronic Frontier Foundation called it “a dark day for the internet.” In response to a request for comment for this article, EFF spokeswoman Karen Gullo told Front Page Confidential  via email that her organization had “pointed out that the bill would lead to censorship.”

It's been remarkable to watch the number of people defending #FOSTA & #SESTA dry up. I suppose there's only so long you can keep typing with all that blood on your hands.

Gullo explained that if websites can be sued or prosecuted because of their users’ actions, this creates “extreme incentives to shut down users’ speech…. New companies, fearing FOSTA liabilities, may not start up in the first place,” she said. “We are already seeing the impacts of FOSTA.”

And then there’s FOSTA’s impact on sex workers.

Human trafficking expert Kimberly Mehlman-Orozco, a professor of criminology at George Mason University and the author of Hidden in Plain Sight: America’s Slaves of the New Millennium, told Front Page Confidential that she was not surprised by the response to FOSTA, nor by the fact that completely legal communications were being affected.

Next up will be a “displacement and diversion” effect, wherein online ads banned in the U.S. will migrate to multiple websites and to overseas platforms that are beyond the reach of U.S. subpoenas and warrants, such as the aforementioned Bedpage.com.

#SESTA #FOSTA “expert” rationale: *Everyone* supports it, so I will too. As my dad would say, “I have a bridge I’d like to sell you.” Sad 2 say, displacement and dispersion has already begun, yet they turn a blind eye and continue celebrating this hollow victory for only accolade pic.twitter.com/tLYwCgStSw

Whereas U.S. law enforcement could monitor a hub like Backpage in order to detect instances of underage or coerced trafficking, that potential avenue for arrest and rescue is now closed off.

The result? Fewer traffickers will be collared, creating a self-fulfilling prophecy that FOSTA proponents will cite as evidence that the legislation is achieving its objective.

Mehlman-Orozco referred to this argument as a logical fallacy, observing that it’s nearly impossible to quantify the prevalence of sex trafficking, much less forced labor of other types — a human-rights issue FOSTA fails to address.

.@POTUS Trump at Signing of #FOSTA #SESTA bill: We are going to do everything in our power to make sure traffickers are brought to a swift and firm justice…When we work together, we can bring safety and hope to every community across the country. #EndTrafficking pic.twitter.com/9BFlBTxZhp

Advocates for consensual adult sex workers have responded to the fallout from FOSTA with a new website, survivorsagainstsesta.org, which offers a running list of platforms that have gone dark or changed their modus operandi. The site also offers news on FOSTA and advice to those hurt by the law.

The site’s spokeswoman, Kate D’Adamo, told Front Page Confidential that FOSTA has had dire consequences for the community she serves.

“It’s really forced people to scramble,” said D’Adamo, an activist for sex workers rights and consultant for the progressive collective Reframe Health and Justice. “I’m already talking to organizers who have members who aren’t going to make rent this month, who are already being directly and very seriously impacted by that loss of income. It’s incredibly unstable, not knowing what platform is going to go down next.”

D’Adamo said the rise of the internet led to safety and autonomy for adult sex workers, allowing them to screen clients, steer away from dicey situations, and operate independently of pimps.

She pointed to a study published last year by researchers at Baylor and West Virginia universities, which found that Craigslist’s now-defunct erotic-services section cut the nation’s female homicide rate by 17 percent.

Kristen DiAngelo, co-founder and executive director of the Sacramento chapter of the Sex Workers Outreach Project (SWOP), fears FOSTA will lead to more violence against sex workers. FOSTA is forcing sex workers onto the street, where it’s more dangerous to operate than indoors, and it’s silencing websites that allowed sex workers to exchange information about violent clients.

DiAngelo and SWOP Sacramento announced on April 1 that the group was suspending some of its services, in part because of FOSTA, in part owing to a bill pending in the California state legislature that would expand the definition of “pandering” to anyone who “arranges, causes, encourages, induces, persuades, or procures another person to be a prostitute.”

DiAngelo said she had no choice given the current climate, and she fears things stand to get worse. 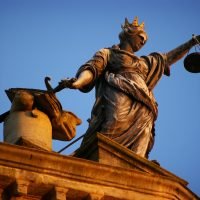