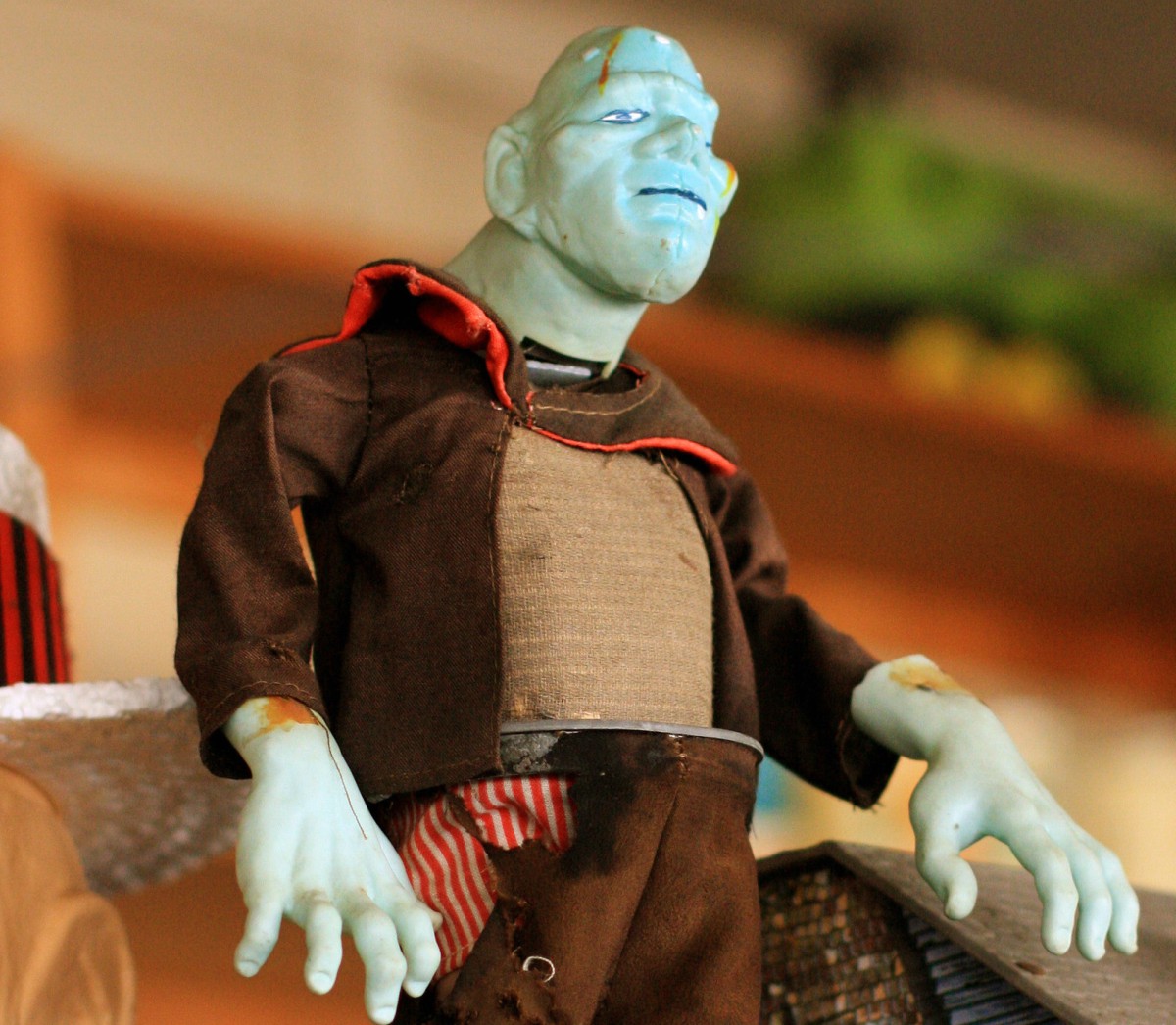 Next stop for Frankie? Not Hollywood. The House Floor! (Kevin Dooley, via Flickr)

UPDATE: Late Tuesday afternoon, February 27, 2018, the U.S. House approved the full “Frankenstein bill,” and it wasn’t even close. Despite concerns from some members that the Walters amendment discussed below was unconstitutional, the House voted 308 to 107 to add the amendment with its SESTA-like language to the underlying FOSTA bill, which later passed 388 to 25.

[Editor’s note: The Electronic Frontier Foundation (EFF) urges people to phone their representatives to ask them to vote no on this measure. Further information is available at the EFF’s website.]

The U.S. House Rules Committee overwhelmingly approved a bill on Monday that’s certain to blow a hole in Section 230 of the federal Communications Decency Act, the landmark 1996 statute that has allowed internet innovation to flourish for more than two decades.

The legislation, the Fight Online Sex Trafficking Act (FOSTA) and an amendment that contains the worst elements of the Senate version of the same measure, the Stop Enabling Sex Traffickers Act (SESTA), now heads to the House floor on Tuesday.

Most tech observers expect the House to pass the FOSTA/SESTA “Frankenstein bill,” as some are calling it, with little dissent.

Still, Section 230 expert Eric Goldman, a professor at Santa Clara University School of Law, held out a smidgen of hope, writing in a recent analysis on his influential Technology & Marketing Law Blog that a last-ditch campaign by the Electronic Freedom Foundation has a “very slim chance” of halting the Frankenstein monster in its tracks .

In the wake of Monday’s Rules Committee hearing, “slim” appears to have progressed to “anorexic.”

At the start of the hearing, Republicans and Democrats clashed about a topic that had zero to do with the day’s agenda: the recent massacre at Marjory Stoneman Douglas High School in Parkland, Florida. For nearly half an hour, the elected officials bloviated about what Congress should do to stop mass shootings in America, with Democrats advocating to curtail the proliferation of firearms and GOPers wanting to do just about everything but that.

Such  partisan contentiousness was absent from the actual first order of business: the legislative proposal to eviscerate Section 230.

No one spoke in opposition to the FOSTA/SESTA hybrid. Nor did anyone ask a single probing question about the controversial bill. Instead, representatives congratulated each other on their effort to combat sex trafficking.

The ranking Democrat on the GOP-controlled committee, Rep. Louise Slaughter of New York, expressed her support for FOSTA and thanked Missouri Republican Ann Wagner, FOSTA’s original sponsor, for working on the bill and being present to testify on its behalf.

Wagner, in turn, gushed that the bill had been “a labor of love” since she first got to Congress. She expressed her gratitude to all of her colleagues who had assisted with the legislative package. Once her bill is passed and signed into law, she declared, Section 230 — which was intentionally crafted to prevent interactive platforms from being held liable for content posted by users — would no longer protect websites that engage in “modern-day slavery.”

Wagner and other representatives present deliberately overlooked the concerns of many in the tech community, who worry that by gutting Section 230, legislators will hobble the statute’s so-called safe harbor provision, which was designed to encourage website owners and operators to remove objectionable content without being held responsible for ferreting out each and every instance of it.

Congress is now poised to revive what Eric Goldman calls “the moderator’s dilemma,” wherein website owners may opt to avert their eyes from all user content so as to avoid criminal or civil liability.

Other critics warn that undermining Section 230 will have the opposite of its intended effect, making it more difficult for law-enforcement agencies to identify and combat sex trafficking.

Such worries didn’t enter into the hearing’s deliberations. Instead, hyperbole, non sequiturs, and straw-man arguments were the order of the day.

At one point, for instance, Wagner stated that “Congress does not believe, did not ever believe, that rape was a prerequisite of a free and open internet.”

Another committee witness, Republican Congressman Thomas Marino of Pennsylvania, signaled that FOSTA has more to do with the world’s oldest profession than with sex trafficking. (Or rape.)

“[FOSTA] would prohibit any use or operation of an interactive computer service with the intent to facilitate or promote prostitution of another person,” Marino recited from prepared remarks. “This effectively outlaws — except where prostitution is legal, unfortunately — the operation of websites such as escort or adult services, that openly allow the pimping of others for sexual services.”

Left unsaid was the fact that escort services and adult services are very much legal. And that federal statutes, unlike elected officials, do not equate “sex trafficking” with “prostitution” or any other type of consensual sex work. According to U.S. law,  “sex trafficking” involves minors working in the sex trade or adults brought into it via force, fraud, or coercion.

Marino ticked off FOSTA’s new penalties: 10 years for promoting or facilitating the prostitution of one person through a website. If convicted of promoting or facilitating the prostitution of five persons or more, 25 years. A guilty party can also draw 25 years if he or she acts “in reckless disregard” of the fact that such conduct contributed to sex trafficking.

Meanwhile, the SESTA-like amendment to FOSTA, offered in the House by California Republican Mimi Walters, contains language that would make it easier to successfully prosecute website owners and operators. Where FOSTA’s wording sets the bar at intent to promote or facilitate prostitution, SESTA would outlaw knowingly assisting, supporting, or facilitating sex trafficking.

The Walters amendment would also make the new law retroactive — in other words, it would apply to prior content and actions — a provision that might be unconstitutional.

Rep. Sheila Jackson Lee, a Democrat whose district is centered in Houston, spoke in favor of both of the Frankenstein bill’s components. “It is wonderful that SESTA and FOSTA will be coming together,” Jackson Lee enthused before offering her own amendment to authorize the U.S. Government Accountability Office to study any civil damages and mandatory restitution that result from the bill’s passage.

Committee member Liz Cheney’s contribution to the proceedings was more…metaphorical.

Cheney, a Republican congresswoman from Wyoming, noted during her opening remarks that she’s a proud member of the National Rifle Association and a staunch defender of the Second Amendment. (Her father, you might recall, served as vice president under George W. Bush and accidentally shot a hunting buddy in the face while hunting quail in 2006.) She then commented that Democrats and Republicans ought to “work together to find solutions” to gun-debate deadlock.

“But the solution is absolutely not a solution that requires us to walk down a road here where we take steps that are unconstitutional, and that will provide false comfort across the board,” Cheney said.

Those words would be better applied to the rush to slaughter Section 230. 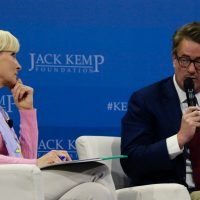