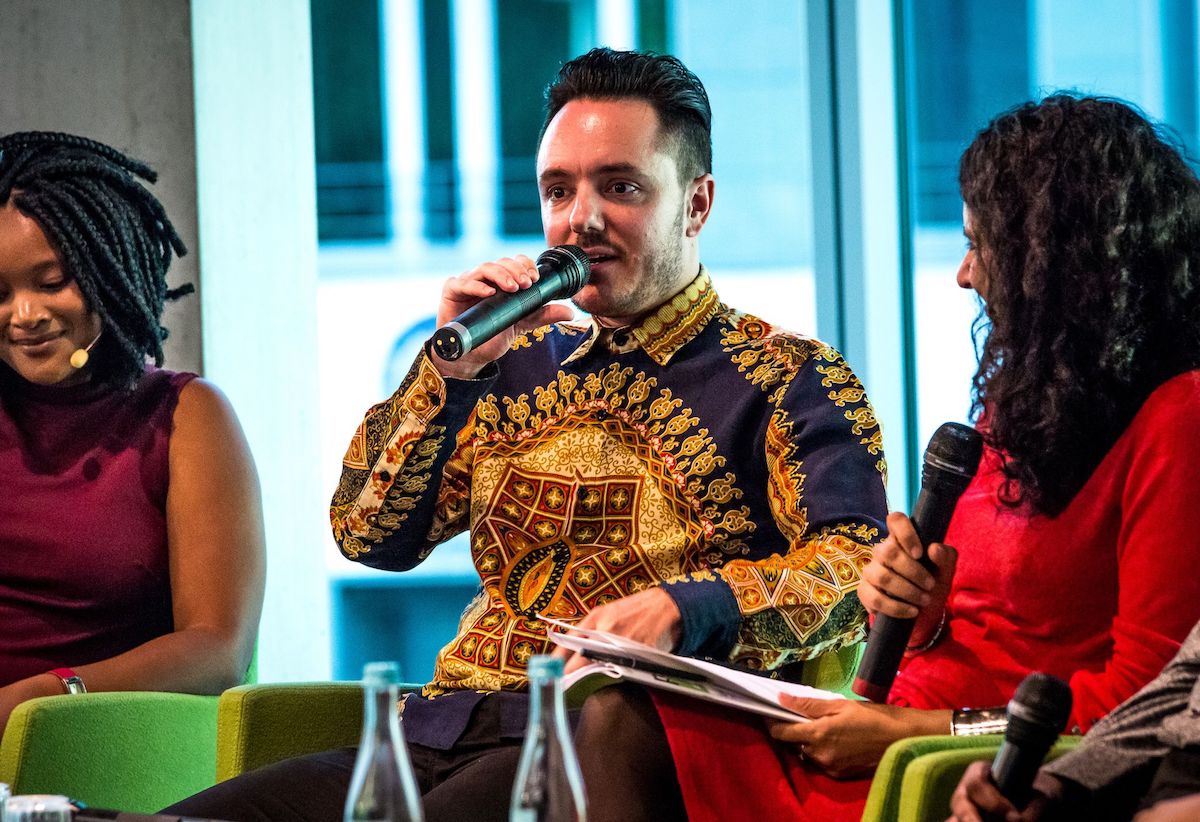 Comedian and political satirist Samm Farai Monro, a.k.a. Comrade Fatso, shown here speaking at a conference in Germany, warns his fellow Zimbabweans to be alert to the ongoing #cyberclampdown (via Heinrich Böll Foundation / Flickr)

Even as Zimbabwe’s army seized power in the nation’s capital of Harare earlier this week, placing President Robert Mugabe under house arrest, the country’s national police force continued to go after dissidents who criticize the dictator, who has been in power for 37 years.

Comedian and rapper Samm Monro, co-creator of the progressive Magamba Network, announced via Twitter and Facebook that the Zimbabwe Republic Police had raided Magamba’s offices on November 14, confiscating computers and other electronic devices.

Monro, also known as Comrade Fatso, later posted a photo of the search warrant that the police force’s Criminal Investigation Department (CID) plainclothes officers proffered, which lists as the grounds for the raid “commission or suspected commission of…subverting constitutional government.”

Monro is a member of the team that produces Zambezi  News,  an anti-Mugabe faux-news segment modeled on The Daily Show and The Colbert Report and broadcast on YouTube.

“Yesterday the CID raided Magamba TV & accused us of ‘subverting a constitutional government,'” Monro’s Magamba TV Tweeted. “With what? Tweets & a comedy show?'”

It’s no joke to the national police force, which on November 3 arrested Monro’s colleague Martha  O’Donovan, alleging that she’d maligned Zimbabwe’s 93-year-old dictator on Twitter, calling him a “sick & selfish man” and implying that he wears a catheter.

Officials later upped the charge to attempting to overthrow the government — a charge that could earn O’Donovan, a 25-year-old U.S. citizen and New York University grad, a 20-year prison sentence.

O’Donovan’s arrest on such patently bogus charges made international headlines and spawned a #FreeMartha hashtag campaign. The part-time Harare bartender spent a week in Zimbabwe’s infamous Chikurubi Maximum Prison before a judge skeptical of the prosecution’s case ordered her release on $1,000 bail.

On Wednesday of this week, Journalism Students Network Zimbabwe reported that O’Donovan made a court appearance earlier in the day, at which a judge postponed proceedings until November 24.

Can you still be charged with 'subverting a constitutional government' if there is no government? Asking for a friend. #CyberClampdown #FreeMartha #Zimbabwe #ZimbabweCoup

In a brief chat with Front Page Confidential via Facebook messenger, Monro confirmed that O’Donovan is due back in court next week. When we asked why the national police would raid his offices even as the military was staging a coup, he responded, “They are taking our laptops to intimidate us.”

In a video he posted to Facebook hours after the raid, Monro addressed his countrymen directly, cautioning against a premature celebration.

“Please note to take care and be cautious,” he warned. “The state itself is still in place.”

Referencing the raid’s timing, he added that “everything has not stopped,  comrades, despite this military intervention. The courts are still functioning. Such heinous acts are still being committed against activists and social media users like ourselves.”

Indeed, the coup’s purpose and its outcome remain unclear.

After the army seized the state-controlled Zimbabwe Broadcasting Corporation, Major Brigadier General Sibusiso B. Moyo broadcast a statement assuring Zimbabweans that “this is not a military takeover of government,” but rather an attempt to “pacify a degenerating political, social, and economic situation.”

Mugabe and his family are “safe and sound,” Moyo said, adding that the military was “only targeting criminals around him” in order to bring them to justice.

Reuters reports that Mugabe has spoken to South African President Jacob Zuma, whom he reportedly told that the army had confined him and his family to their home but was otherwise safe.

Various news outlets including the Washington Post described a struggle for succession between Mugabe’s 52-year-old wife Grace (a.k.a. “Gucci Grace”) and his former vice president Emmerson Mnangagwa, nicknamed “The Crocodile,” who fled the country last week after Mugabe dismissed him for “treachery.”

Mugabe’s human-rights abuses and ransacking of his own country are legendary, his contempt for freedom of speech and his opponents, infamous. Woolf tells how Mugabe oppressed the minority Ndebele ethnic group with mass killings in the early 1980s that the rest of the world largely ignored.

“The best estimate is that 20,000 people were killed,” writes Woolf. “Many of the bodies were dumped in disused mine shafts.”

That’s one reason poking fun at Mugabe in Zimbabwe is serious business.

Monro and his colleagues have drawn international praise for their rib-tickling approach to political repression, and Magamba, which translates to “heroes”or “freedom fighters” in Zimbabwe’s Shona language, has been the subject of glowing profiles by the Guardian, Channel 4, and the BBC, among other media.

Dear Zimbabwe. Celebrate. But for a short while. A dictator may be gone. And that is good. But if you think military intervention is good – look at Egypt. We must remain vigilant, focused and active. Let the army allow a democratic transition. Not a military junta. #ZimbabweCoup

In an interview earlier this year with the Canadian nonprofit free-speech group IFEX (previously known as the International Freedom of Expression Exchange), Monro punned that his group’s strategy has been to “hide in plain site.”

Though he admitted that authorities have harassed and threatened Magamba members, he said he believes that “if we were disappeared or arrested, there would be a big outcry around that.”

In the hours after the coup, Monro tweeted his concerns about the military intervention.

“A dictator may be gone,” he wrote. “And that is good. But if you think military intervention is good – look at Egypt. We must remain vigilant, focused and active. Let the army allow a democratic transition. Not a military junta.” 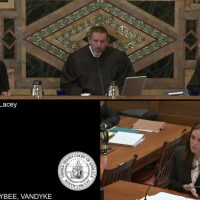 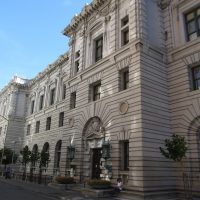