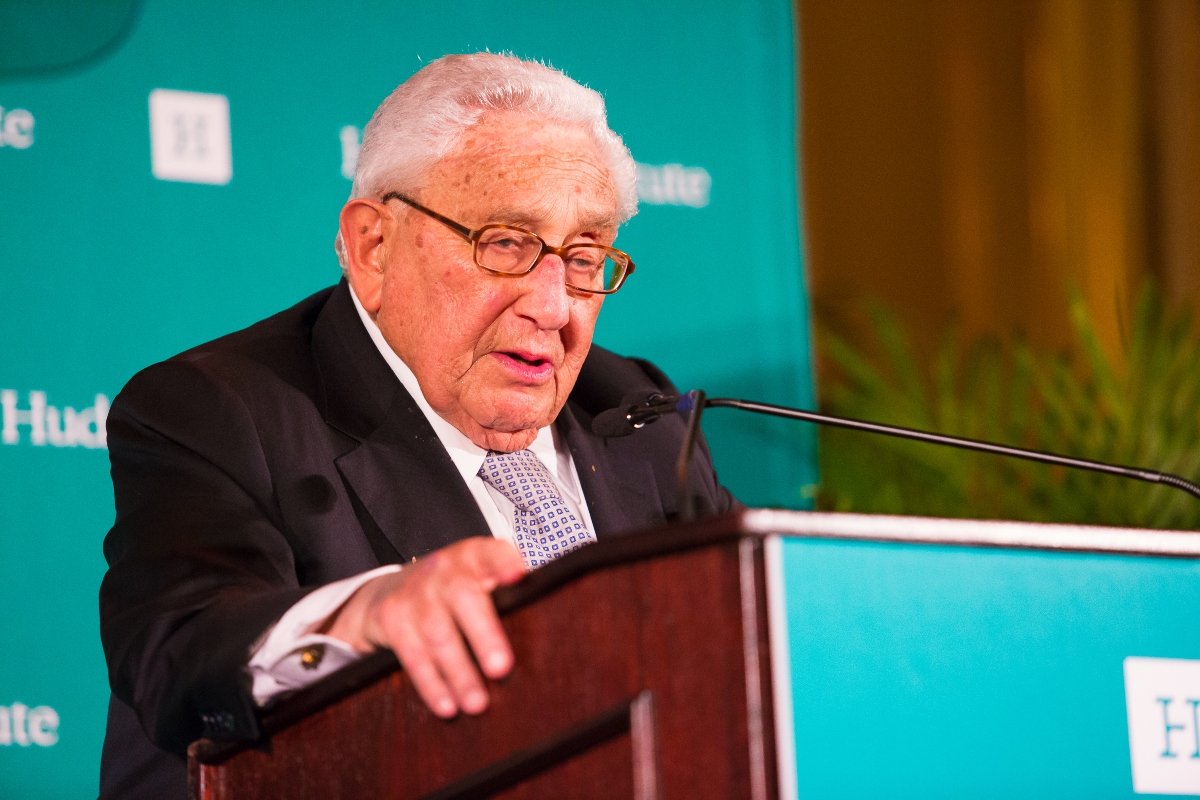 This year, the McCain Institute's annual cavalcade of elitism and hypocrisy, the Sedona Forum, is phonier than normal and features an "appearance" by ancient, alleged "war criminal," Henry Kissinger.

That’s the first thought that comes to mind upon learning that former Secretary of State and alleged “war criminal” Henry Kissinger will be a featured speaker at the McCain Institute’s 2021 Sedona Forum, the organization’s signature event, which annually invites politicians, influence-peddlers, crony capitalists and Hollywood types to assemble at Sedona’s Enchantment Resort and spend three days sniffing each other’s pedigrees.

Of course, Pol Pot, like Sen. McCain, is dead and, at 97, Kissinger is almost dead. Unlike at past forums, he, along with the other panjandrums and muck-a-mucks listed as speakers, will be making an “appearance” via pretaped video, according to a spokesperson for Arizona State University, of which the McCain Institute is a part.

The stale, pre-recorded aspect of this year’s forum takes the wind out of what might otherwise be considered a robust roster of notables, including Ben Affleck, Mitch McConnell, Nancy Pelosi, former Google CEO Eric Schmidt, Angelina Jolie, YouTube CEO Susan Wojcicki and Gen. Mark Milley, Chairman of the Joint Chiefs of Staff.

ASU President Michael Crow, the McCain Institute’s jefe, is set to deliver opening remarks in the first “panel” (read, video), as will Cindy McCain, chair of the institute’s board of trustees, and Crow’s latest hire, former Asia Society president and U.N. World Food Programme honcho Josette Sheeran, who recently joined the McCain Institute in the newly-created role of executive chairman at a salary of $400,000 per annum.

Cindy McCain timed the release of her memoir, Stronger: Courage, Hope & Humor in My Life with John McCain, to coincide with the event. Since the forum is canned this year, it won’t get in the way of her pimping her book ad nauseam.

She needs all the publicity she can get as she is currently campaigning for a position in the Biden administration. Supposedly, this will be her reward for her endorsement of Biden in the 2020 presidential election.

His column, “Mangia Roma,” opined on Cindy McCain’s lack of experience for the role Biden reportedly has in store for her: U.S. ambassador to the World Food Programme in Rome.

Yes, that’s the same U.N. agency that Sheeran — a former devotee and employee of the Rev. Sun Myung Moon — once headed.

Who better to help polish Cindy McCain’s resume?  After all, the McCain Institute doesn’t feed the hungry or do similar good works. Promoting the McCain brand and giving six-figure salaries to folks like Sheeran is its real raison d’etre.

Though this year’s Sedona Forum is more of a “fake forum,” it’s worth noting Kissinger’s involvement, because it not only gives the lie to this year’s theme, “Defending Democracy,” it rips the facade off an operation that sells itself as promoting human rights and developing “character-driven leaders.”

“We are not a direct service provider nor do we provide financial assistance to survivors of human trafficking.” — Kristen Abrams, the McCain Institute’s “senior director of Combatting Human Trafficking”

Beyond the high-minded platitudes and hero-worship on its website, the McCain Institute’s reality is ghoulishly self-serving. This makes Kissinger — who is responsible for prolonging the Vietnam War and the bombing and invasion of Cambodia, to name a few of his many sins — a superb representative of the institute’s profound mendacity.

To be fair to Kissinger, the McCain Institute didn’t have the best rep from jump. McCain and flunkies like former U.S. Ambassador to NATO Kurt Volker started the institute at ASU using the nearly $9 million left over from McCain’s disastrous 2008 presidential campaign.

The McCain Institute Foundation donates $500,000 a year to ASU for the operation of the institute, which is headquartered in D.C. Otherwise, to judge from its 2019 tax filings, the foundation is hella stingy, holding onto the majority of its loot and feeding off investments.

In 2019, the Arizona Republic reported that the institute has a budget of $13 million. Its website states that it has a staff of 40, though it lists only 26 by name as part of its “team.” Eight of those, including Sheeran, have six-figure salaries according to an online database. A few of the 26 are not in the database. Even without these, the salaries total around $2.5 million per year.

What exactly does the McCain Institute do, other than employ people and hold the Sedona Forum? ASU has yet to respond to a public records request for the institute’s budget, but, to judge by its website, it mostly holds a bunch of seminars and trains people.

Like its “flagship Next Generation Leaders program,” which “offers up to 20 emerging global leaders nine months of targeted professional and personal development—with a core focus on values, ethics and leadership.”

“To me, they’re just another run-of-the-mill organization doing self-promotion saying they [focus on] human trafficking.” — Dr. Lois Lee, founder of Children of the Night

Considering the “values” of the institute’s eponymous founder — who was notorious for his duplicity, his love of war and his corruption in the Keating Five scandal — such instruction should be avoided like a Petri dish of coronavirus.

Tonight the Institute and @SenJohnMcCain honor Dr. Henry Kissinger for his work and announce the Kissinger Fellowship pic.twitter.com/M8gHG5ejaZ

The institute also teaches people how to recognize human trafficking, a hilarious proposition if you’re familiar with how Cindy falsely claimed in 2019 that she spotted a trafficking incident at an airport in Phoenix. Suffering from white savior complex, the beer heiress called the cops on an innocent mom because the woman’s child was of a different ethnicity. Then she went on a local radio station to lie about the whole thing.

“What do you expect from a trust-funder like Cindy McCain whose husband, Senator John McCain used a Beach Boys tune to sing: Bomb bomb bomb, bomb bomb Iran?” — veteran journalist Michael Lacey on the Sedona Forum and Kissinger

Both the institute and Cindy have trafficked in harmful falsehoods, tying human trafficking (wrongly) to the Super Bowl, conflating it with consensual adult prostitution and grossly overstating the number of trafficked kids in the U.S. using a much-debunked study.

But do they actually render assistance to victims and survivors of human trafficking?

According to Kristen Abrams, the institute’s “senior director of Combatting Human Trafficking,” the answer is no.

“We are not a direct service provider nor do we provide financial assistance to survivors of human trafficking.”

Hey, at least they’re honest in not wanting to help people.

For an expert’s view, FPC contacted Dr. Lois Lee, founder of the organization Children of the Night, which since 1979 has rescued more than 10,000 children in the U.S. from prostitution. As you might expect, Lee was unimpressed with the McCain Institute.

“To me, they’re just another run-of-the-mill organization doing self-promotion saying they [focus on] human trafficking,” she said.  “When the social impact is zip, zero.”

“You could write a book about the war crimes of Henry Kissinger,” Lacey spat. “And celebrated English author Christopher Hitchens did: The Trial of Henry Kissinger, a vivisection of Kissinger’s bloody record in Vietnam, not to mention Bangladesh, Chile, Cyprus and East Timor.”

“What do you expect from a trust-funder like Cindy McCain whose husband, Senator John McCain used a Beach Boys tune to sing: Bomb bomb bomb, bomb bomb Iran?”

True that. Sen. McCain’s “bomb Iran” shtick happened during his failed 2008 run for president. It was true to form for the former Vietnam War POW, who was fond of the term “gooks” and once dropped bombs on the people of North Vietnam.

In 2013, Mother Jones published a world map of all the nations Sen. McCain wanted to “bomb, invade or destabilize.” The senator also played cheerleader for the 2003 invasion of Iraq, promoting the lie that Saddam Hussein had weapons of mass destruction.

All the Countries John #McCain has wanted to attack https://t.co/gZ8l99QbXo @MotherJones pic.twitter.com/YKKYs7GBAQ

And he never missed an opportunity to suck up to the one nation that bore the most responsibility for the 9/11 attacks: Saudi Arabia. Fifteen of the 19 hijackers were Saudi, as was the plot’s mastermind, Osama bin Laden. The Saudi government is alleged to have been involved as well.

In 2014, McCain’s namesake institute accepted a $1 million contribution from the Saudis, despite the country’s involvement in human trafficking, its use of torture, its imprisonment of dissidents and its willingness, at least until recently, to decapitate people for nonviolent crimes.

McCain backed massive arms sales to the Saudis and supported the Saudi war in Yemen, which has resulted in the indiscriminate killing of thousands of civilians and prolonged famine in the region.

It’s not the only questionable donation involving human rights abuses that the institute has accepted. Reason magazine’s Elizabeth Nolan Brown detailed several in a 2017 piece, when Trump briefly considered naming Cindy to a position in his administration, and in another that same year, when Trump appointed Volker, the institute’s then-executive director, to be the administration’s unpaid special representative to the Ukraine negotiations.

Volker did the Ukraine gig for gratis. At the time, the McCain Institute was paying him $321,300 a year to be its ED.

Politico documented other “conflict of interest questions” regarding Volker in a 2019 story:

As Trump’s special representative for Ukraine negotiations, Volker supported a shift in policy to send lethal weapons to Kyiv, including tank-busting Javelins missiles, described by their manufacturer as “the world’s most versatile and lethal one-man-portable, anti-tank, guided munition and surveillance weapon system.”

But at the same time Volker was pushing Trump to arm Ukraine, he also held positions with a major lobbying firm, BGR Group, and a think tank, the McCain Institute, that each had financial ties to Raytheon Co., which manufactures the Javelin system and earned millions from Trump’s decision.

Volker resigned from his post as Trump’s Ukraine shill in 2019 after getting wrapped up in the scandal involving Trump, Rudy Giuliani and an attempt to get Ukrainian authorities to investigate Hunter Biden.

Around the same time, Volker left the McCain Institute.

Given this morass of dubious “ethics,” is it any wonder that in 2015 the McCain Institute named a fellowship after Kissinger?

In doing so, ASU honored the man Hitchens believed should be in the dock for war crimes and crimes against humanity.

According to Hitchens, Kissinger’s parade of horribles includes the following: undermining the Paris Peace accords in 1968; orchestrating the secret carpet-bombing of Cambodia; giving a “green light” to Indonesian atrocities in East Timor; and greasing the skids for the 1973 coup in Chile, which toppled a democratically elected government and led to the blood-soaked dictatorship of Augusto Pinochet.

And that’s just a sampling.

Given his age, Kissinger will soon be past tense, but, to borrow a line from the bard, the evil men do lives on after them.

As a result, no one better exemplifies the McCain Institute’s bad faith, save perhaps for the late senator himself.

Sure, the Obama administration honored Kissinger, and Hillary Clinton has been palsy-walsy with him as well. So what? That only shows that Obama, Clinton and McCain all crawl in the same establishment slime pits.

The opening to China? Nixon gets the glory there. Nor does it absolve Kissinger of his misdeeds.

McCain once called Kissinger his “friend and benefactor.” So, by all rights, Kissinger should be christened the Sedona Forum’s new mascot, his trollish visage a symbol of what this swampy gathering of elites will always be, for as long as it continues. 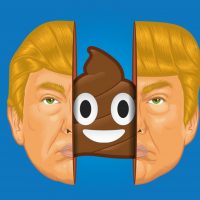 Free Speech in the News: The Top Ten Stories of 2018 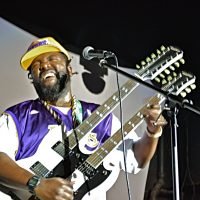 ‘Because I Got High’-Rapper Afroman Burns Cannabis and Cops, Turning Raid of Home into Tunes