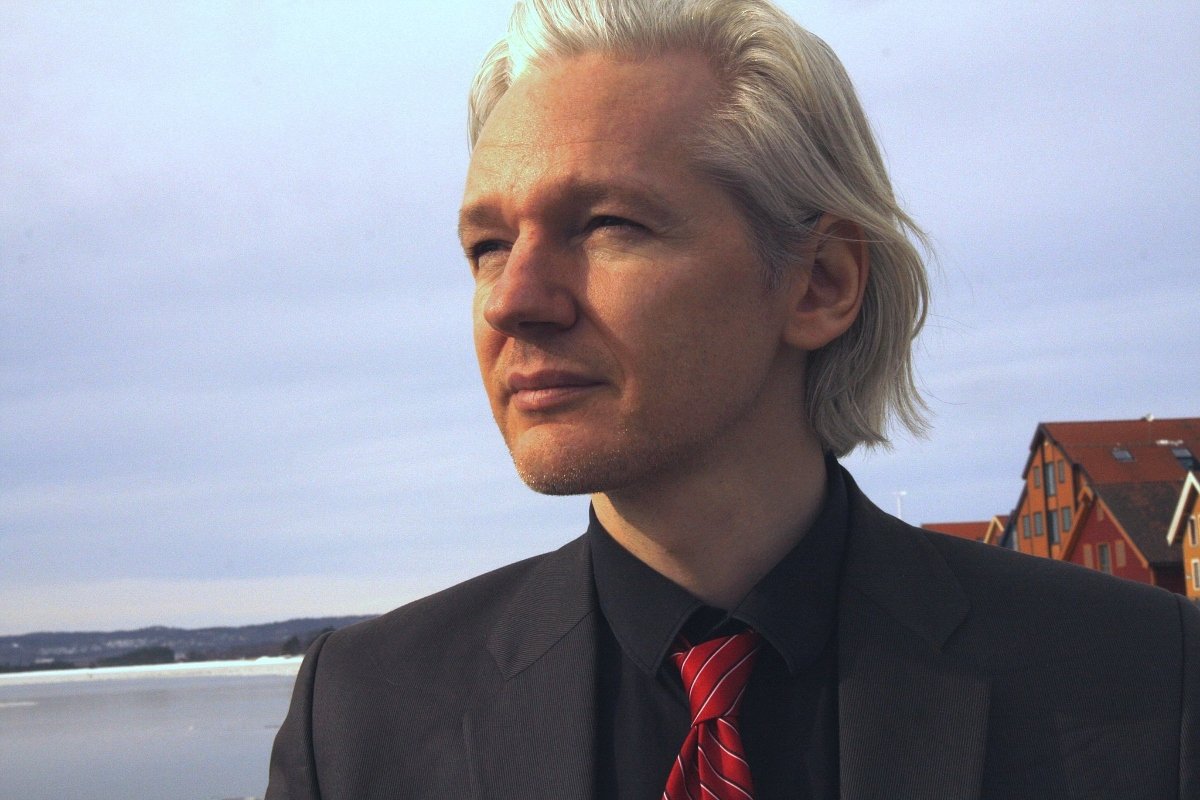 It was one step forward, one step back for free speech icon Julian Assange last week as a London court first denied a U.S. request to extradite the WikiLeaks founder to be tried in Northern Virginia on federal Espionage Act charges. Two days later, the same court spiked Assange’s bid to be released on bail as the U.S. government appeals the decision.

In a 132-page ruling issued on Jan. 4, UK Judge Vanessa Baraitser largely rejected the arguments of Assange’s counsel that the 49-year-old native of Australia could not receive a fair trial in the U.S. on 17 counts of violating the Espionage Act and one count of “conspiracy to commit computer intrusion.”

The charges were brought in relation to the publication of massive data dumps of classified information related to the Iraq and Afghanistan Wars, as well as hundreds of thousands of secret U.S. State Department diplomatic cables, all turned over to WikiLeaks by U.S. Army intelligence analyst Chelsea Manning.

Baraitser did not buy defense arguments that the extradition would violate freedom of speech and freedom of the press. But Baraitser was sympathetic when it came to the harsh “special administrative measures” that Assange would likely be subject to in pre-trial detention as well as the descriptions of the “supermax” facilities that he would be placed in.

According to defense witnesses, Assange would likely experience de facto solitary confinement, with the main form of human contact occurring when “correctional officers [open] the viewing slot during their inspection rounds of the unit.” Given that Assange suffers from depression, anxiety and has been diagnosed as being a highly-functioning autistic, Baraitser rated the risk of Assange’s committing suicide under such conditions to be “substantial.”

“Censorship, like most repression, is reserved for those who dissent from majoritarian orthodoxies, not for those who express views comfortably within the mainstream.” — Glenn Greenwald.

Quoting one expert’s opinion of Assange’s suicidal tendencies, the judge wrote that she believes that in U.S. custody, Assange’s mental health would “deteriorate” causing him to “commit suicide with the ‘single minded determination’ of his autism disorder.”

Based on Assange’s mental state, Baraitser opined that “it would be oppressive to extradite him to the United States of America.”

Baraitser’s decision was welcomed, albeit with severe caveats, by groups and individuals supporting Assange, such as Freedom of the Press Foundation, Amnesty International and others. Assange’s backers expressed disappointment with Baraitser’s ruling regarding the free speech issues, while hoping that Assange would be allowed to live outside prison as the case plays out.

Then, on Jan. 6, two days after her extradition decision, Judge Baraitser denied bail to Assange, ruling that he must remain incarcerated pending the U.S. government’s appeal of her ruling.

According to the Associated Press, Assange’s attorney, Edward Fitzgerald, argued that the WikiLeaks maestro had “every reason to stay in this jurisdiction,” given Baraitser’s recent decision not to grant the U.S. extradition request.

Fitzgerald said that Assange would be better off living in a closely-monitored house in London with his partner, Stella Moris, and their two sons, instead of at Belmarsh during the ongoing COVID crisis.

“Those who do not move, do not notice their chains.” — Rosa Luxemburg

An attorney representing the U.S. argued that Assange would likely flee if granted bail, pointing to Assange’s self-imposed seven-year stretch at the Ecuadorian Embassy in London, during which he avoided extradition to Sweden to face sexual assault allegations. (Swedish authorities dropped that investigation in 2019.)

In the end, Baraitser agreed with the U.S.

“As far as Mr. Assange is concerned, this case has not been won,” the judge reportedly said in court, adding that Assange “still has an incentive to abscond from these yet unresolved proceedings.”

Both sides in the case have announced their intention to seek the intervention of a higher British court. Meanwhile, Assange will remain in Belmarsh Prison on the outskirts of London, where he has spent most of his time after being arrested by British police in April 2019  and forcibly dragged from the Ecuadorian Embassy.

Following his arrest, Assange was convicted of one misdemeanor count of jumping bail and sentenced to 50 weeks in prison, which has now run its course.

The only charges Assange now faces have been brought by the U.S. government.

The Freedom of the Press Foundation has called the Trump administration’s prosecution of Assange “the most dangerous press freedom issue” of our time — especially considering the government criminality that Assange and Chelsea Manning exposed when WikiLeaks began publishing what it received from Manning in 2010.

Manning disclosed hundreds of thousands of records to Assange, including U.S. State Department cables and sensitive reports by government officials on the Iraq and Afghanistan wars and enemy combatants being held prisoner in Guantanamo Bay.

Julian is a public intellectual with a track record championing #FreeSpeech spanning decades.

In particular, gunsight video from an Apache helicopter targeting a group of Iraqis, including two Reuters correspondents, caused international outrage. Released by WikiLeaks with the incendiary title, “Collateral Murder,”  it showed the helicopter strafing a group of men and later destroying a van that came to the rescue of one of the injured.

Two children were wounded in the attack. On accompanying audio, the helicopter crew can be heard joking during part of the incident.

Manning would eventually be court-martialed and sentenced to 35 years.  In 2017, President Obama commuted her sentence to seven years served. As a whistleblower, Manning’s revelations have been compared to those of Daniel Ellsberg, of the Pentagon Papers fame, and to Edward Snowden’s revelations about the NSA’s secret spying programs targeting citizens of the U.S. and other countries.

Mainstream news organizations have partnered with WikiLeaks in the past, including The New York Times, The Guardian, Le Monde, Der Spiegel and others. The very practices that the U.S. government’s indictment paints as criminal are commonly used by journalists to bring government wrongdoing to light.

Journalist and filmmaker Laura Poitras observed in a December 2020 op-ed for The New York Times that she and countless other journalists could be charged with violating the Espionage Act, and if convicted, could spend the rest of her life in prison.

“None of the architects of the `war on terror,’ including the CIA’s torture programs, have been brought to justice,” Poitras wrote. “In contrast, Mr. Assange is facing a possible sentence of up to 175 years in prison.”

The ACLU has called the U.S. decision to indict Assange “a direct assault on the First Amendment,” and columnist Margaret Sullivan, writing in The Washington Post, warned that the Assange indictment would criminalize “some of the basic functions of newsgathering and publication.”

One of Assange’s fiercest defenders has been Pulitzer Prize-winning journalist Glenn Greenwald. In a May 2019 piece for the Post, Greenwald walked through the government’s indictment of Assange, pointing out that the accusation WikiLeaks “encouraged sources” like Chelsea Manning to “obtain and pass on classified information” was actually standard operating procedure for most news outlets.

Greenwald noted that the Post and other sites used electronic means to “pass on secret information for publication without detection,” and that journalists regularly try to protect their sources from being revealed, though the government views these efforts as evidence of an illegal conspiracy.

“The U.S. government has been eager to prosecute Assange since the 2010 leaks,” Greenwald writes. “Until now, though officials refrained because they concluded it was impossible to distinguish WikiLeaks’ actions from the typical business of mainstream media outlets.”

The anger of Greenwald and other Fourth Estate-rs is understandable. Less so has been the complacency and outright hostility from some so-called journalists when it comes to an admittedly controversial figure such as Assange.

In a Dec. 31 essay for Substack, Greenwald laid into this journalistic status quo and its functionaries, making the timeless observation that only those truly rocking the boat must fear retaliation.

“Censorship, like most repression, is reserved for those who dissent from majoritarian orthodoxies, not for those who express views comfortably within the mainstream,” Greenwald explains. “Establishment Democrats and Republicans — adherents to the prevailing neoliberal order — have no need for free speech protections since nobody with power would care enough to silence them.”

Greenwald has had his own experience with government retribution for uncovering corruption in Brazil, where President Jair Bolsonaro unsuccessfully targeted him with ginned up charges that were recently tossed out by a judge there.

“Those who do not move, do not notice their chains.” 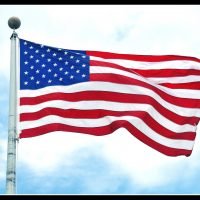 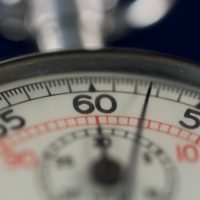