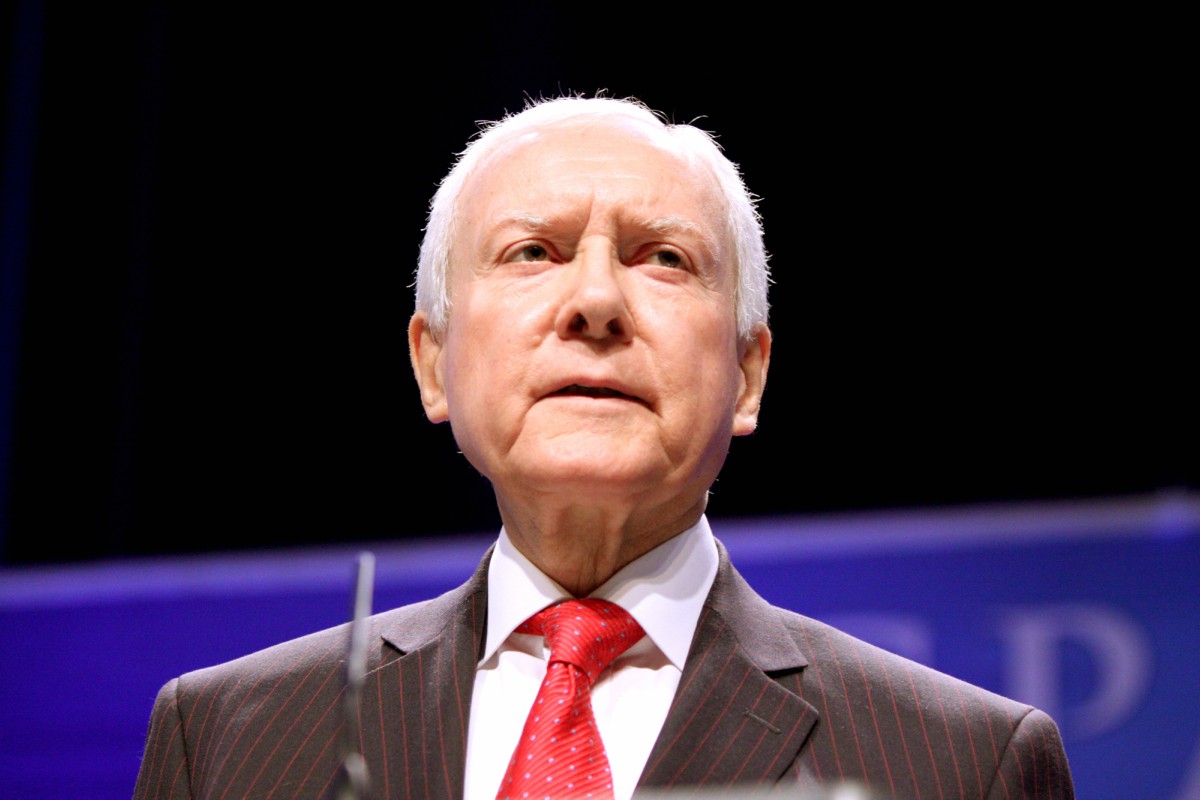 Sen. Orrin Hatch of Utah wants to make "free-speech zones" at public universities a thing of the past (Gage Skidmore via Flickr)

U.S. Sen. Orrin Hatch of Utah recently introduced legislation that would force public colleges and universities to do away with any so-called free-speech zones — patches of campus property where some institutions of higher learning have sought to corral students who wish to make their voices heard.

Senate Bill 2394, the Free Right to Expression in Education Act (FREE), would prevent publicly funded post-secondary institutions from “[prohibiting] a person from freely engaging in noncommercial expressive activity in an outdoor area on the institution’s campus if the person’s conduct is lawful.”

The Utah right-winger’s proposed statute would allow speechifying, flyering, sign-holding, and petition-gathering throughout campus grounds. This is in keeping with U.S. Supreme Court precedents, which regard university and college campuses as public forums where the First Amendment applies. The Foundation for Individual Rights in Education (FIRE), a Philadelphia-based nonprofit that defends free speech and other such civil liberties on campus, deems the guarantee of First Amendment protections at public universities and colleges to be “settled law,” citing several Supreme Court rulings to back up the contention.

Regarding free-speech zones specifically, the FIRE report notes that one in ten of the schools relegate the First Amendment to free-speech zones. Public universities are the worst offenders, with 13.7 percent quarantining free speech in this manner; 4 percent of private institutions do the same.

That gap is remarkable, because the First Amendment applies unambiguously to public post-secondary institutions, which can be sued if they violate a student’s First Amendment rights. That is not the case with their private counterparts, though FIRE’s legislative counsel Tyler Coward told Front Page Confidential that private colleges and universities are contractually bound by any promises or statements made to students regarding the protection of their free-speech rights.

Coward explained that much of FIRE’s free-speech litigation has to do with free-speech zones — and that the nonprofit usually prevails.

“Universities are loath to defend these policies,” Coward said. “Once the litigation is actually going, their general counsel or outside counsel [will] look at everything and say, ‘Well, this policy shouldn’t even have existed,’ and so those cases tend to settle pretty quickly.”

As part of its Stand Up for Free Speech Litigation Project, FIRE has helped students win settlements from universities regarding free-speech-zone restrictions all over the nation.

For example, in 2015, California State Polytechnic University, Pomona, settled and revised its restrictive speech codes after a student who was prevented from handing out animal-rights flyers sued with FIRE’s assistance. In 2016, Blinn College in Texas folded to FIRE’s demands after it tried to restrict a student’s gun-rights advocacy. And in December 2014, FIRE scored back-to-back victories when the University of Hawaii and Citrus College in California settled respective lawsuits that involved schools forbidding the distribution of copies of the U.S. Constitution outside of designated areas.

All of which raises the question: Why does FIRE support Hatch’s bill, if the organization already enjoys gangbuster success when it takes universities to court over just such First Amendment violations?

Coward said the FREE Act is needed for a couple of reasons. If an upperclassman is the plaintiff in a First Amendment lawsuit, the university can wait them out; once the junior or senior has graduated, the university’s lawyers can move for dismissal owing to mootness. The FREE Act would put a stop to the delay tactic, giving a plaintiff the right to sue up to one year after the date of the cause of action.

“Once the litigation is actually going, their general counsel or outside counsel [will] look at everything and say, ‘Well, this policy shouldn’t even have existed.’” — Tyler Coward, FIRE

Hatch’s bill also sets forth a monetary standard for damages, obviating an issue that Coward says courts have struggled with in cases involving the First Amendment. And it makes clear what the school’s responsibilities are in regard to the First Amendment, and that free-speech zones are verboten.

Coward pointed to a federal district court’s 2012 decision that declared the University of Cincinnati’s tiny free-speech zone — which took up 0.1 percent of UC’s campus — to be unconstitutional. FIRE and another civil-liberties organization, Ohio’s 1851 Center for Constitutional Law, filed the suit on behalf of the plaintiffs.

“We won a great victory there,” Coward said. “We don’t want the next school in the state to be like, ‘Well, our free-speech zone is .02 percent of campus, this is distinguishable on these facts because it is twice as large a percentage of our campus.’ So federal legislation or state legislation, telling schools once and for all to cut it out will prevent the need to constantly re-litigate these cases.”

Laws banning free-speech zones on campuses have passed in a number of states, including Colorado, Virginia, Missouri, Arizona, and Utah, which Coward said has helped ameliorate the problem. FIRE also started a campaign in 2015 to encourage schools to adopt the University of Chicago’s declaration that year in support of free expression on campus — a manifesto known variously as the “Chicago Statement” and the “Chicago Principles.” Coward calls it the “gold standard” in campus speech.

Senator Hatch has just issued an apology an off-color joke he made yesterday about supporters of the Affordable Care Act. #utpol pic.twitter.com/d1WybXtld3

The University of Chicago is a private school, but it serves as a bulwark of free speech on campus. Witness its stalwart support for a professor whose invite to former Trump advisor Steve Bannon to debate the merits of economic nationalism sparked left-wing outrage and calls to block Bannon’s visit.

Coward declined to venture a guess as to whether the FREE Act has any prayer of passing. Hatch is 83 years old and intends to retire this year. So far the bill has garnered no co-sponsors. Nor did the right-wing senator win any Democratic allies when, during a speech at the American Enterprise Institute, he insulted everyone who supports the Affordable Care Act.

Hatch, who’s often accused of being in the hip pocket of Big Pharma for taking hundreds of thousands of dollars from the drug industry, later apologized, calling his slight to his “friends on the other side” a “poorly worded joke.”

Proving yet again one of the most profound blessings of the First Amendment: It won’t protect an asshole from himself.