For the past several years, Elizabeth Nolan Brown over at Reason.com has been steadily and smartly reporting about attacks on the First Amendment via Section 230 of the 1996 Communications Decency Act.

(Her in-depth feature, “The War on Sex Trafficking Is the New War on Drugs,” is a must-read primer. Go ahead — click on the link and give it a read. We’ll be here when you get back.)

Brown recently posted a solid analysis of Sacramento Superior Court Judge Lawrence Brown’s August 23 ruling in the State of California’s case against Backpage.com, in which Brown threw out all the pimping charges against the site’s current and former owners but let stand the counts related to fraud and money laundering.

The money laundering case against Backpage hangs on the state’s assertion that Backpage created additional websites (EvilEmpire.com and BigCity.com) for the purpose of tricking payment processors and credit card companies into doing business with them. Backpage alleges that these websites, which syndicated Backpage content, were merely meant to draw more traffic to Backpage.com.

Most of the major credit-card companies were accepted on Backpage.com, meaning these companies already agreed, explicitly, to do business with the website’s parent company, Backpage LLC. They only dropped out when threatened–illegally–by Illinois Sheriff Tom Dart. It’s odd, to say the least, to suggest that Backpage executives would have needed “trickery” to get merchant accounts with these companies considering none of the payment processors or credit-card companies made any such complaint.

“Essentially, either Defendants did — or did not — materially represent to credit payment processors in a scheme to fraudulently obtain money from banks,” writes Brown. “If Defendants did so, this may form the basis for a money laundering charge.”

The next hearing in the case is set for October 3. 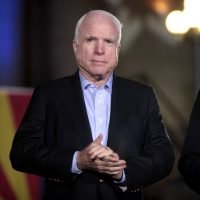