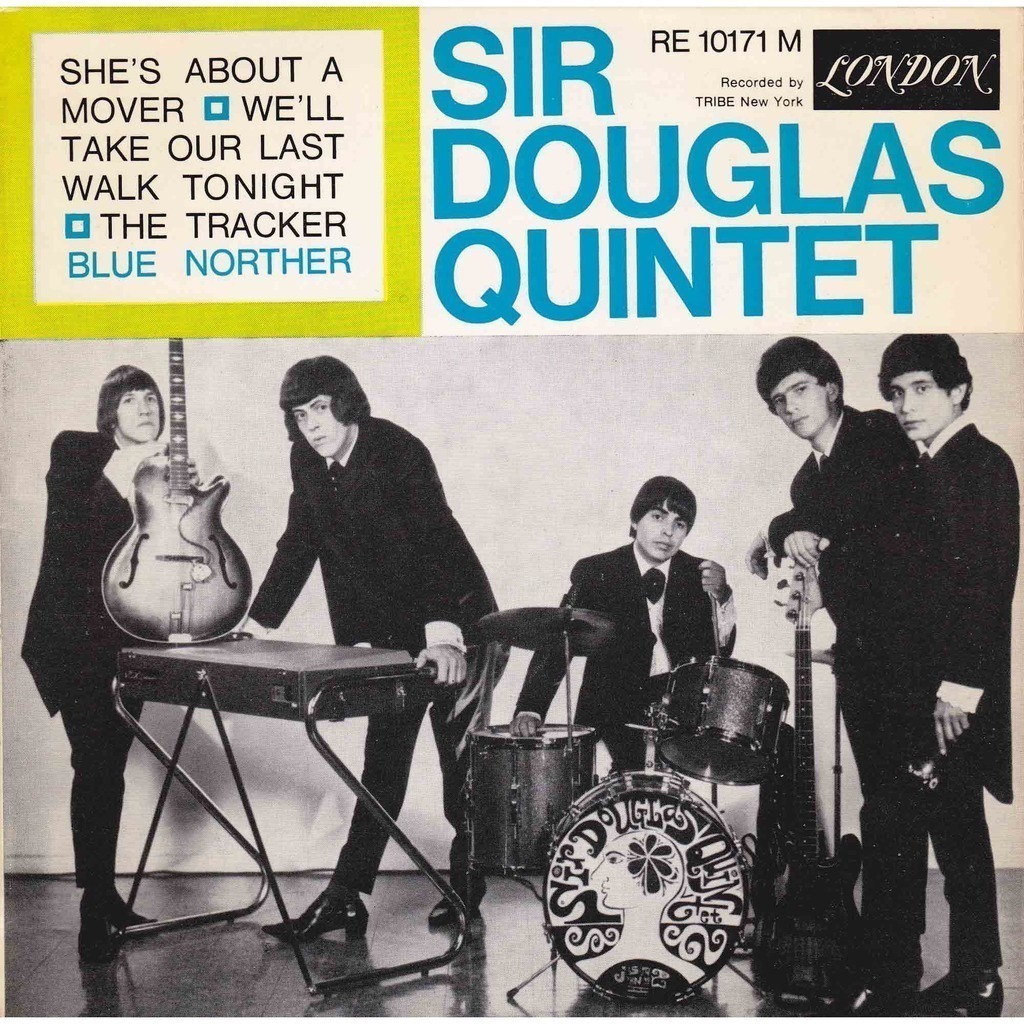 Announced on August 25 just as Hurricane Harvey commenced to batter Texas’s Gulf Coast, President Donald Trump’s pardon of ex-Maricopa County Sheriff Joe Arpaio blew its own ill wind across the nation. Convicted on a charge of criminal contempt of court for failing to heed an order to stop hauling in Latinos just because he suspected they might be in the country illegally, Arpaio was still awaiting sentencing following a federal judge’s July verdict.

As widespread outrage lingers over the legitimacy of letting “America’s Toughest Sheriff” off the hook, a smaller contingent of critics has popped up to remind us that Joe Arpaio’s Southeast Texas bona fides as a world-class louse go back a long, long, long way.

Witness the feat of news-clip archaeology performed by the folks at the Facebook group for a film called Sir Doug & the Genuine Texas Cosmic Groove, who unearthed a story about the FBI’s arrest of two members of the Sir Douglas Quintet, led by a guitar prodigy from San Antonio by the name of Doug Sahm. The seminal Lone Star State honky-tonk group had recently hit the Billboard charts with “She’s About a Mover,” a Tex-Mex blues groover highlighted by the guitar and vocal stylings of Sahm and the distinctive organ pipes of Sahm’s childhood pal Augie Meyers.

The “agent in charge” of the bust? You guessed it:

Doug Heads and Groovers do not dig “Sheriff Joe, Patriot” He’s been an unctuous ass since 1965. Arpaio is the dick behind the set-up drug bust of the Sir Douglas Quintet, Doug Sahm, Augie Meyers, Frank Morin, and Charlie Prichard – they’re the ones who should be pardoned

The screenshot appended to the post appears to come from the Corpus Christi Caller-Times. The story describes the arrest of Sahm and bandmate Frank Morin, who played sax, trumpet, and keyboards. Also hauled in was a third suspect who’d accompanied the band that day on a flight from its home base in San Antonio. Sahm was 24 at the time; Morin was 23.

A metal container with marijuana was confiscated from the other San Antonian, a 20-year-old man who is not a member of the musical group, Arpaio said….

The three were being held in the Corpus Christi city jail on bookings for possession of marijuana.

A bit more spadework yields the Caller-Times‘s followup to the arrest, published March 23, 1966 — and it’s a treat.

Three musicians, formerly long-haired, were legally classified as youthful offenders and placed on probation by Judge Reynaldo G. Garza today. They had been charged with narcotics law violations…

When they were arrested here Dec. 29 all three were wearing their hair much longer than it was today.

At their arraignment, all of them wore dark suits, black oxfords, ties and dress shirts and two of them had quite short hair.

Garza, after telling the trio that they would be on probation with supervision for five years, warned them that if they got “into any more trouble” and were brought before him again he would send them to the penitentiary for the full term….

“I’m glad you cut your hair,” Garza told the men. “I saw your pictures in the paper when you were arrested and I don’t go for that stuff.”

He asked them if they “had to be hopped up with marijuana” in order to play as musicians. All three replied that they have found they can play without smoking marijuana….

So there you have it. As an entry at the Texas State Historical Association recounts, after the bust, Sahm and Morin moved to California, where they re-formed the group with less-successful results before persuading their former bandmates to join them and, subsequently, moving back to Texas for the duration. In the late 1980s, Sahm and Meyers would go on to form a Tex-Mex supergroup, the Texas Tornados, which also featured country-music legend Freddy Fender and accordion virtuoso Flaco Jiménez.

Though Sahm died in 1999 at age 58, the so-called West Side Sound he pioneered in San Antonio has proven to be enduringly popular.

Joe Arpaio, on the other hand, has proven to be an enduring self-aggrandizing racist rat bastard.

The Sir Douglas Quintet, “Mendocino,” 1969 (clip from Playboy After Dark)

The Texas Tornados’ self-titled debut album, in its entirety (1990)