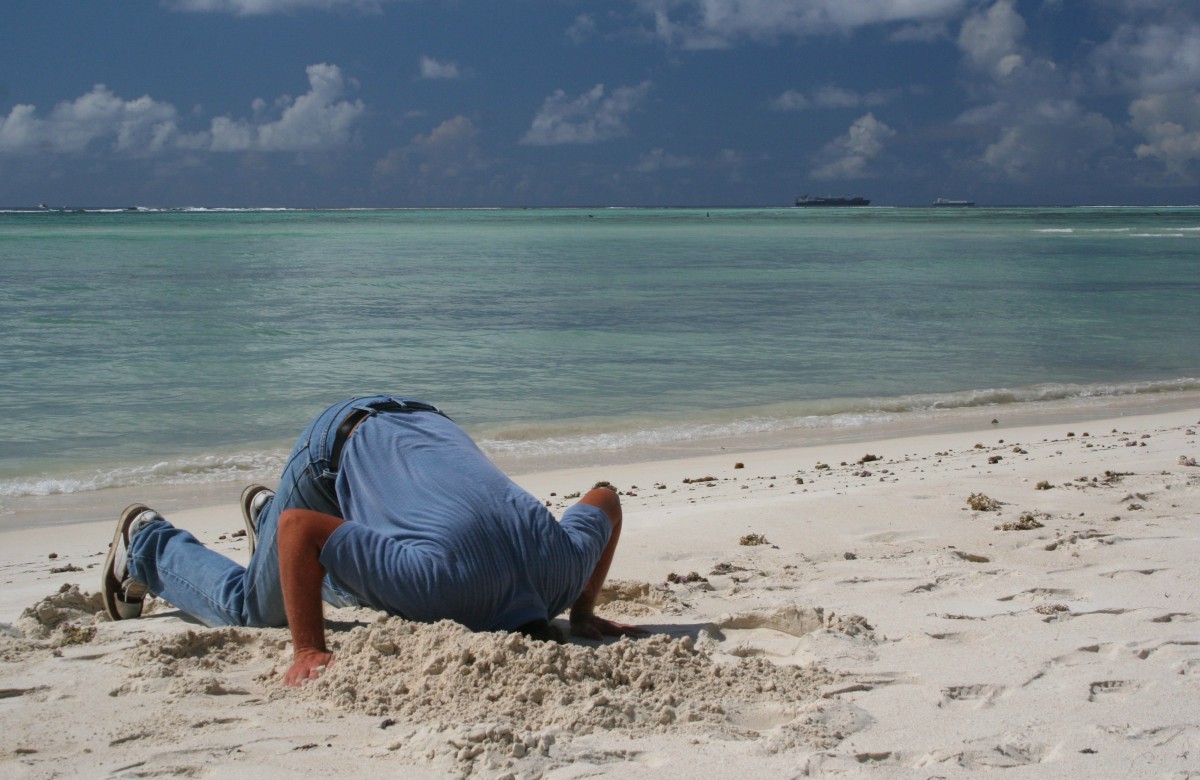 Eric Goldman was the sole witness to sound the alarm at last week's Congressional hearing on the controversial sex-trafficking bill known as FOSTA. So the subcommittee pretended he never testified.

What do you do with an expert witness who doesn’t say what you want to hear?

If you’re the U.S. House Committee on Energy and Commerce’s Subcommittee on Communications and Technology, you make like he never opened his mouth.

That’s what happened to Eric Goldman, a professor at Santa Clara University School of Law and director of the school’s High Tech Law Institute.

Goldman was one of five witnesses to testify during a November 30 hearing on H.R.1865, the  Allow States and Victims to Fight Online Sex Trafficking Act of 2017 (FOSTA). The bill would amend Section 230 of the Communications Decency Act of 1996, which grants immunity to interactive websites for third-party content.

In stark contrast to his fellow witnesses, Goldman testified that FOSTA is a bad idea, mainly because it will carve a hole in Section 230, which he called “one of Congress’ most important policy achievements in the past quarter-century.”

Imagine Goldman’s surprise when the subcommittee issued a summary of the day’s testimony, which included recaps of the testimony given by all four of his fellow witnesses, along with the opening statement made by Rep. Marsha Blackburn, the Tennessee Republican who chairs the subcommittee and is one of the bill’s 171 co-sponsors.

Goldman, a frequent expert witness on matters concerning Section 230, is not mentioned in the release.

It’s as if he never testified.

The @HouseCommerce released a recap of yesterday's hearing on #Sec230 & sex trafficking https://t.co/Yf6qoCMjIK Apparently one witness' testimony wasn't worth recapping… ?

Goldman’s Technology and Marketing Law Blog is a must-read for tech movers and shakers. He testified in September at a hearing on the Senate’s companion bill to FOSTA, the Stop Enabling Sex Trafficking Act of 2017 (SESTA).

When Front Page Confidential called Representative Blackburn seeking comment, her office declined to make a statement. The same went for the House Committee on Energy and Commerce.

Goldman tells Front Page Confidential that he can only “speculate” as to why his testimony failed to make the subcommittee’s highlight reel.

But speculation really isn’t necessary: The professor essentially threw a barrel of ice water on the hearing.

Raising the same issues he brought up in September regarding SESTA, Goldman pointed out that Congress passed Section 230 in 1996 in response to a court ruling that held that if an online service removed objectionable content in one instance, its failure to do so in other instances could be held against it.

Thus, Section 230 solved what Goldman calls “the moderator’s dilemma” by eliminating an obstacle that would likely prevent websites from nixing objectionable material.

Section 230 went a step further, making the creator of the content liable for what was posted, not the intermediary that published it.

“Section 230 is a very powerful statute, and amendments to it have the potential to have very dramatic effects.” — Eric Goldman, Santa Clara University School of Law

Goldman views FOSTA as a return to the bad old days when sites had two choices: Either exercise full editorial control over third-party content and hope nothing slips past, or avoid moderation altogether in order to sidestep liability.

“FOSTA would reinstate the moderator’s dilemma,” Goldman told the subcommittee. “For the first time in over two decades, it would cause online services to question whether they should moderate content. Some services will conclude that it’s too risky to do so. If online services reduce or eliminate their moderation efforts, FOSTA may counterproductively cause a net increase in sex-trafficking promotions and all other types of antisocial content.”

Goldman observed that Section 230 does not preclude the federal government from prosecuting websites that are involved in illegal enterprises. He cited Department of Justice prosecutions of two services that published online prostitution ads, MyRedbook and Rentboy.

He also noted that two years ago, Congress passed the Stop Advertising Victims of Exploitation Act (SAVE), which made it illegal to knowingly publish ads that involve sex trafficking.

If he had his druthers, Goldman said, he’d prefer to see how current cases play out in the courts.

Some of Backpage’s practices, he said,  “are common tactics on the internet,” which indicates that tinkering with Section 230 could have broad and deleterious consequences.

“Section 230 is a very powerful statute,” Goldman stated. “And amendments to it have the potential to have very dramatic effects.”

Earlier in the day, subcommittee chair Marsha Blackburn had set the stage for the pro-FOSTA witnesses with her opening remarks, which employed language that harkened back to the “white slavery” panic of the early 20th century.

“[T]hose who thought that slavery was something that could never happen in 2017 America have had to confront the terrifying reality that not only is it happening, it is on the rise,” said Blackburn. “And it is on the rise in large part because the Internet, the technological masterpiece of our time, has made it much, much easier to do.”

According to the FBI’s annual crime statistics, human trafficking (which includes forced labor as well as sex trafficking) is not on the rise. And when Elizabeth Nolan Brown crunched the 2016 numbers at Reason.com, she found human-trafficking arrests to be “almost nonexistent in most states.”

In large part, legislators have fashioned both FOSTA, much like its Senate sibling, SESTA, as a cudgel to wield against the online listings giant Backpage. The company has weathered civil and criminal court proceedings aimed at eliminating the adult-oriented classified ads its users pay to post. Even as politicians and prosecutors continue to cast Backpage as an “online brothel,” courts have generally ruled that Section 230’s grant of immunity applies to Backpage, just as it does to any other website.

Backpage shuttered its adult section in January 2017, as the Senate Permanent Subcommittee on Investigations was about to convene a hearing into its practices. (Disclosure: This website’s owners co-founded Backpage in the early 2000s; they sold it in 2015.)

Unless you’re sticking your head in the sand like certain members of Congress, you ought to be following Eric Goldman on Twitter.

Read Goldman’s written version of his FOSTA testimony via the link below:

Below, watch video of Goldman’s testimony via the House Energy and Commerce Committee’s YouTube channel: