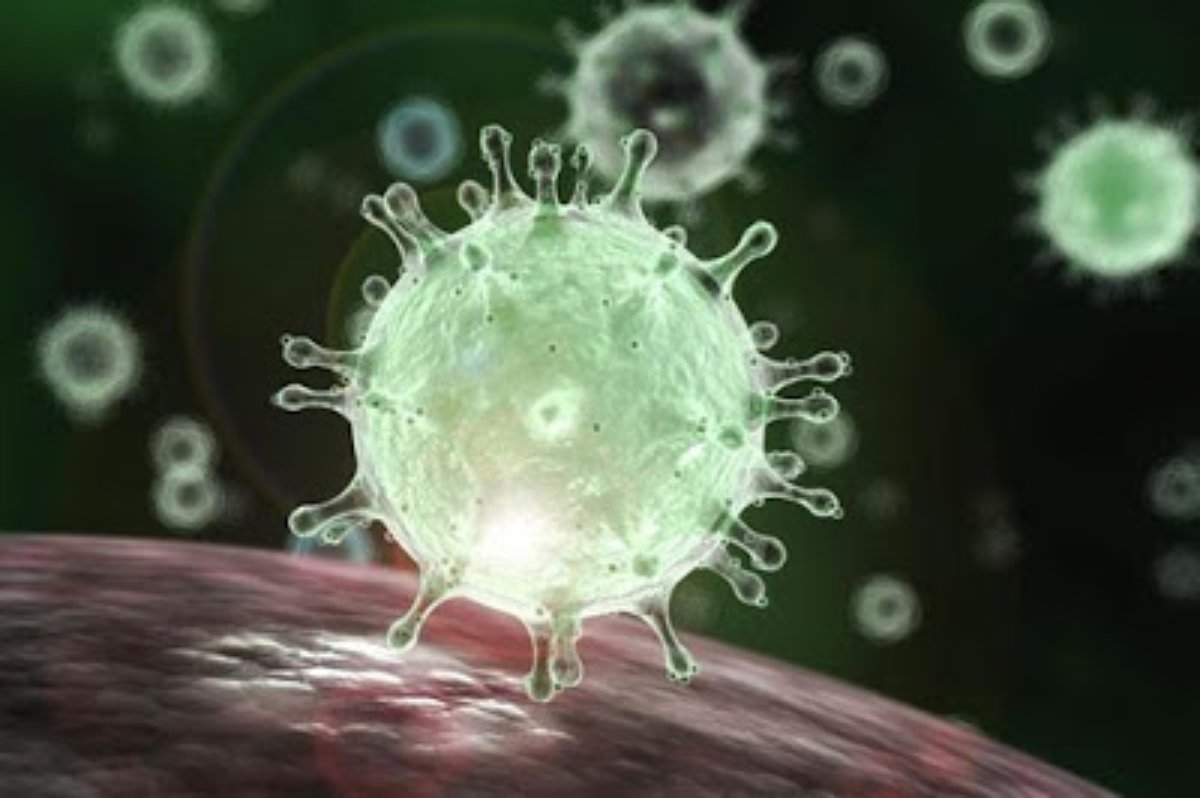 The government wields immense power to check civil liberties during national emergencies such as the coronavirus pandemic, and legal experts say courts are unlikely to intervene.

Imagine the spiked, glutinous coronavirus sphere that Americans see constantly online and on the evening news as an immense wrecking ball smashing through the plate glass window that is the Bill of Rights.

Because according to various legal experts, while states of emergency are ongoing in different parts of the country, courts are unlikely to interfere with these exercises of executive power, which intend to halt the spread of the disease.

Twenty-two states, including California and New York, and scores of counties and cities have issued stay-at-home orders of varying degrees to fight the spread of the worldwide pandemic. Generally, these emergency decrees, which are issued by governors on the state level, close all but “essential” businesses and order residents to stay home save for such necessary tasks as buying groceries or going to the doctor. People also are allowed to exercise outside, but are forbidden to gather in groups of more than 10.

In a statement addressing California Gov. Gavin Newsom’s sweeping March 19 stay-in-place order, the ACLU of Northern California issued a statement noting that such orders are “clearly an enormous and almost unprecedented curtailment of our individual civil liberties,” while acknowledging that the official edicts have “overwhelming support from local and national public health experts in support of our collective well-being.”

He said compliance would rely heavily on "social pressure."

No time frame was given for how long the order would remain in place. https://t.co/LKPFx2ce18

Such onerous restrictions — and more severe ones likely to come — may be necessary to rein in a respiratory illness that has caused more than 1,200 deaths in the U.S. and 25,000 across the globe, as this story was published.

These orders, at first blush, seem to violate the First Amendment to the U.S. Constitution, which guarantees freedom of assembly and the right to petition the government for a redress of grievances. Also, restrictions on the number of persons gathering together can possibly infringe upon freedom of religion.

More specifically, emergency rules promulgated by Texas and Ohio regard abortion to be a nonessential medical procedure, infringing upon a woman’s right to choose under Roe v. Wade. In several states, such as New York and New Jersey, gun sales have been deemed nonessential, arguably abridging Second Amendment rights. Additionally, the right to freedom of speech is being threatened, as local officials promise to crack down on the spread of misinformation.

“[T]he danger is that some people may be hurt by this, and the majority of people may not care.” — Paul Bender, dean emeritus of ASU’s Sandra Day O’Connor College of Law, on the hazards of people too readily accepting the curtailment of their civil liberties.

Worse still, according to a report by Politico, U.S. Attorney General William Barr has quietly sought to expand the Department of Justice’s emergency powers, some of which could affect a prisoner’s right to due process and habeas corpus, a writ requiring that a detained person be brought before a judge.

Most immediately, some 200 million people are directly impacted by the stay-at-home orders, as if half the country is serving an indefinite sentence of home detention. And yet, a recent survey published in the Atlantic  shows that these draconian measures by local governments have wide support among Americans, regardless of party.

The Perils of Executive Power

Paul Bender, a constitutional scholar and former dean of Arizona State University’s Sandra Day O’Connor College of Law, tells Front Page Confidential that any lawsuit challenging a governor’s emergency order, based on a violation of one’s constitutional rights, would probably not be successful.

“I think the courts are going to be really reluctant to do that,” he says, adding, “to have the court enjoin the governor from taking action is a little bit dangerous because there may be action the governor has to take in a real emergency.”

Bender says the U.S. Supreme Court and federal appellate courts “can easily decide not to intervene” or “just wait till the danger is over before deciding the case.” He suggested that a challenge to the enforcement of an order against an individual might be more successful, if it’s before a state court judge, and “if somebody is being prosecuted, and is being penalized and the person challenges the penalty.”

However, Bender did see a problem with governors ruling by emergency decree.

“We have to be wary of chief executives taking on legislative power for themselves,” he says. “There are circumstances where it’s important to let them do that, but I don’t think they ought to have the final say. Even if there is an emergency, that ought to be ratified by the legislature.”

But what’s the harm in people accepting executive rule so readily in a time of great emergency?

“Well, the danger is that some people may be hurt by this, and the majority of people may not care,” says Bender.

Historically, civil liberties in the U.S. have suffered during times of great emergencies, such as in a war or during a natural disaster.

For instance, Abraham Lincoln famously suspended habeas corpus to silence dissenters during the Civil War. And WWI saw the imprisonment of tens of thousands who opposed the war or the draft for religious or political reasons.

During WWII, approximately 120,000 Japanese Americans were shipped off to internment camps, under the authority of an executive order issued by Franklin Delano Roosevelt.  The legality of the internment was upheld by the U.S. Supreme Court in a notorious decision, Korematsu v. U.S., long considered a black mark on the court’s history.

More recently, the 9/11 attacks on the World Trade Center and the Pentagon led to Congress’ adoption of the Patriot Act, which greatly expanded the federal government’s surveillance powers and allowed the indefinite detention of immigrants. (9/11 also became part of the chain of events leading to the U.S. invasion of Iraq under a false casus belli, and the CIA’s use of “enhanced interrogation techniques,” aka, torture.)

Which is to say that, in times of emergency, public officials have often abused their authority, sometimes with the public’s backing.

But during an emergency itself, the government’s power over the individual seems almost absolute. During a recent podcast of “We the People,” a show by the National Constitution Center, law professors with expertise in public health explained that the power of quarantine is one of the oldest police powers that the states possess, reaching back to Colonial times and English common law.

Edward Richards, a professor at Louisiana State University Law School, told podcast host Jeffery Rosen that quarantines have been ” a part of life since people started traveling.” Richards said the colonies were “fever-ridden swamps” where public health and police power were one and the same.

The professor explained that the U.S. Supreme Court had upheld the states’ broad police powers to deal with epidemics, such as quarantining ships or enacting a compulsory vaccination law to fight smallpox, even if someone feared the vaccine was potentially dangerous to them.

“In that sense, it’s analogous to the draft and the various decisions upholding . . . the right of the state to endanger individuals for the benefit of society,” Richards said.

Polly Price, an author and professor of law at Emory University, noted during the discussion that a state’s constitution might limit a state’s quarantine power. She suggested that someone might be able to challenge whether or not the state was using the “least restrictive means” in curtailing someone’s liberty.

Richards conceded that might be true on the state level, but he countered that the U.S. Supreme Court has “never required a least restrictive alternative on quarantines or public health measures.”

Price observed that at the country’s border the federal government has the unquestioned power to quarantine individuals.

Rosen asked his guests if the feds could use the power of quarantine in the interior of the country.

Both Richards and Price said yes. Price stated that the federal government has “quarantine authority” and “could put in place a quarantine order” in the interior. Richards speculated that a national quarantine order was more likely to come from the executive branch, not Congress.

“I don’t really see any judicial limits in the contemporary world to the feds exercising quarantine or other restriction powers in this context of a global epidemic,” Richards said.

This overarching power of the state to control the populace is a daunting reality for those who acknowledge the seriousness of the emergency, but want to hold out some space for individual liberties in a time of pandemic.

Interestingly, noted libertarian legal scholar Eugene Volokh, recently wrote in his blog at Reason.com, that he was not much worried, so far, about coronavirus restrictions coming from the states, as they are “temporary.”

But in later blog item, he criticized Ohio and Texas making prohibitions on abortion part of their emergency decrees, and he was similarly skeptical of any new gun regulation, issued as part of an executive proclamation, that “completely shuts down all ways to buy a gun.”

Over at ASU’s First Amendment Clinic, executive director Gregg Leslie offered FPC a slightly different take, explaining that he didn’t think these state lockdowns had been considered by courts “under the modern First Amendment model,” which would require the state to have “a compelling, overriding interest in doing this” and that any restrictions be “narrowly tailored” to fit the stated need.

Of course, the compelling government interest would be to halt a raging epidemic before it kills an untold number of people, and in that case, sweeping orders may be necessary.

And yet, as Korematsu teaches, it is very possible for the government to go too far in reacting to an emergency, causing irreparable harm.

Leslie thinks that a legal challenge to a quarantine order may depend on whether “any government official from any side of the political aisle decides that they need to restrict people and it looks like they’re doing it for political reasons.”

Also, as a quarantine drags on, what initially seemed like a temporary hardship imposed from on high may eventually turn oppressive and open-ended, even totalitarian in scope.

“Two months from now, if things improve, where is that magical point where the threat no longer justifies the incredible power?” he asks.

Unfortunately, it’s a question only the future can answer.