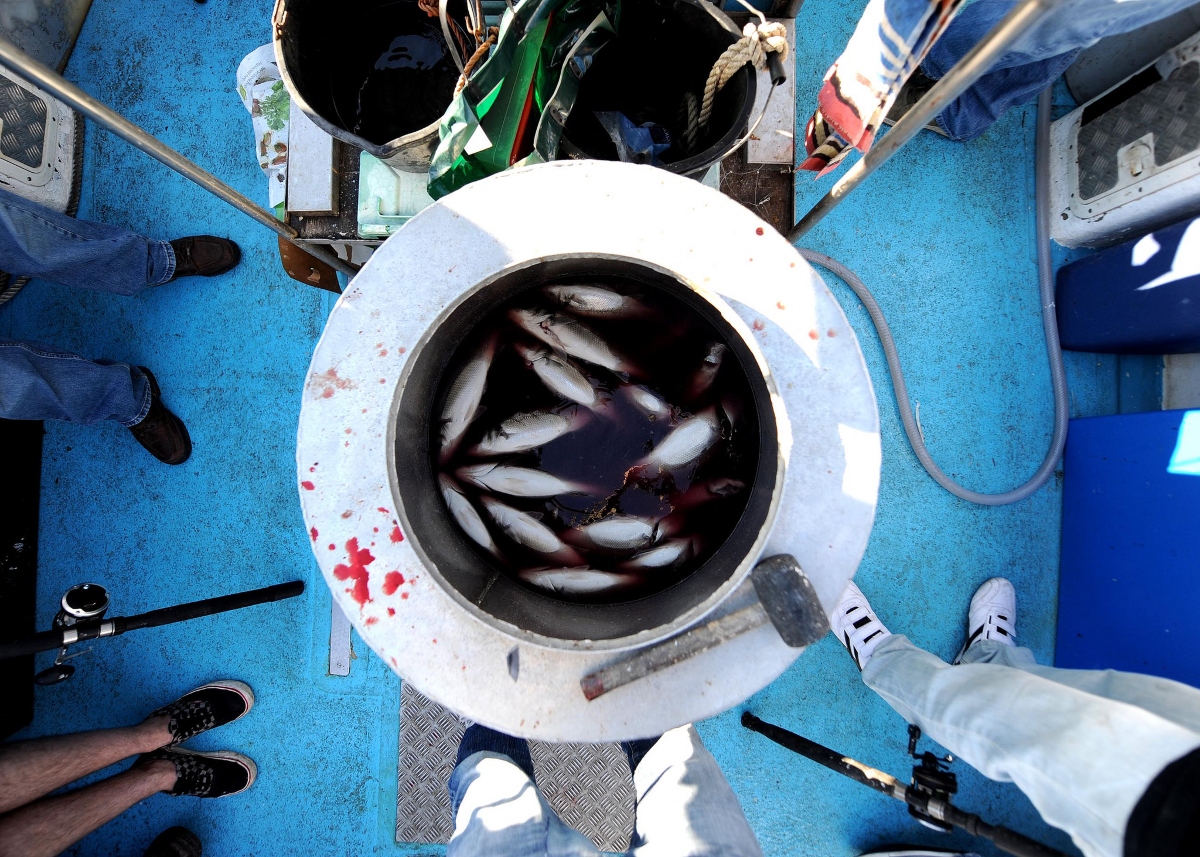 An artist conception of sex-trafficking myths (Pigdowndog via Flickr)

Just in time for the holiday shopping season, a Florida news affiliate warns of mall-going pimps who lure unaccompanied young girls into the sex trade

Calling b.s. on fake news stories that hype the nonexistent epidemic of sex trafficking may be like shooting fish in a barrel.

But sometimes those scaly swimmers need to be shot.

Barletta and her husband, Tony, are both pastors who run Visonary Centers International, an art school/ministry up the coast in Stuart, Florida. In 2015 she founded a charity, Catch the Wave of Hope, which aims to raise $1 million to build a home for “survivors of sex trafficking who likely have been sexually enslaved since they were children.”

She proceeds to instruct Magnoli how traffickers will contact a victim and initiate “a grooming process” that involves social media and utilizes the phone’s ability to track its owners whereabouts via GPS coordinates.

Traffickers “like to approach crowded areas” such as malls, Barletta explains, because they “know that they can get the admiration or the attention of a child that way.”

And she cites what Magnoli describes as “an alarming statistic”: “300,000 children in America are victims of human trafficking.”

What’s truly alarming about that statistic is that it’s not a statistic at all, but a tiresome canard, one that Washington Post  reporter Glenn Kessler accurately labeled “nonsense” in a thorough debunking he administered in 2015.

Kessler patiently ticks off the flaws — a 2001 study based on data that was even more ancient, iffy logic, even iffier math. And the kicker: a 2008 report by a pair of respected researchers who concluded, “PLEASE DO NOT CITE THESE NUMBERS. The reality is that we do not currently know how many juveniles are involved in prostitution.  Scientifically credible estimates do not exist.”

Free service! Name any creature or concept and I will tell you whether it's possible for you, a young, innocent woman, to be too careful around it.https://t.co/rerSzzli0b

In his report, Magnoli also asserts that Florida ranks third in the nation when it comes to cases of human trafficking.

He doesn’t cite his source, but it may well be the National Human Trafficking Hotline, an outfit that generates its rankings from “aggregated information learned through signals — phone calls, emails, and online tip reports.” As a result, the NHTH states, it “cannot verify the accuracy of the information reported.”

As Elizabeth Nolan Brown, associate editor of Reason magazine,  has demonstrated a number of times in her extensive reporting on the issue, human trafficking cases are relatively rare, sex trafficking even rarer.

I just went to a small town mall the other day! Now, I won't go because they will snatch my ass! #BeAfraid #ItsEverywhere #MallsGoodTraffickersBad

In a September 2017 column, Brown pointed out that according to the FBI’s annual crime stats, many suspected human trafficking cases don’t even yield arrests.

“Florida reported 105 investigations into human-trafficking offenses in 2016 but zero human trafficking arrests [for the same year] year,” she wrote.

If you’re keeping score at home, Florida reported 89 human trafficking cases in 2017. (And no arrests.) Compare this to 7,940 rape cases and 1,057 reported homicides in Florida in 2017, and you begin to get the picture.

But drilling down, as Brown likes to do, does not lend itself to scaring the bejeezus out of parents who consider allowing their teens to browse the mall without adult supervision.

Someone interview me on dinosaurs. I have no actual information, but I have ridiculous ideas that make good headlines. https://t.co/YyPIeiSya4 #dinosandpolo #TRexDiaries

Barletta’s advice to holiday shoppers –“Don’t leave your daughters on their own without a serious talk” — encountered more than a few eye-rolls on Twitter from those who know better.

Kate D’Adamo, an activist for sex workers’ rights and a consultant for the progressive collective Reframe Health and Justice, took a tongue-in-cheek approach, offering her non-expertise on paleontology:

“Someone interview me on dinosaurs,” she tweeted. “I have no actual information, but I have ridiculous ideas that make good headlines.”

Ventured anthropologist Laura Agustín, author of Migration, Sex Work, Trafficking and the Rescue Industry: “I’m so out of the shopping loop I don’t even know what Black Friday is but it’s got trafficking in it, I know that.”

Also chiming in was Alex F. Levy, a law professor at the University of Notre Dame. Levy, who is the author of a groundbreaking paper (“The Virtues of Unvirtuous Spaces”) that compared the histrionics of today’s moral panic over sex trafficking to the 19th-century fear of “white slavery” tweeted: “Free service! Name any creature or concept and I will tell you whether it’s possible for you, a young, innocent woman, to be too careful around it.”

Quipped the social media folks at Desiree Alliance, a broad-based coalition of current and former sex workers in the U.S.: “I just went to a small town mall the other day! Now, I won’t go because they will snatch my ass!”

The Kids Are Alright With Censorship on Campus, Says Poll by Brookings Scholar