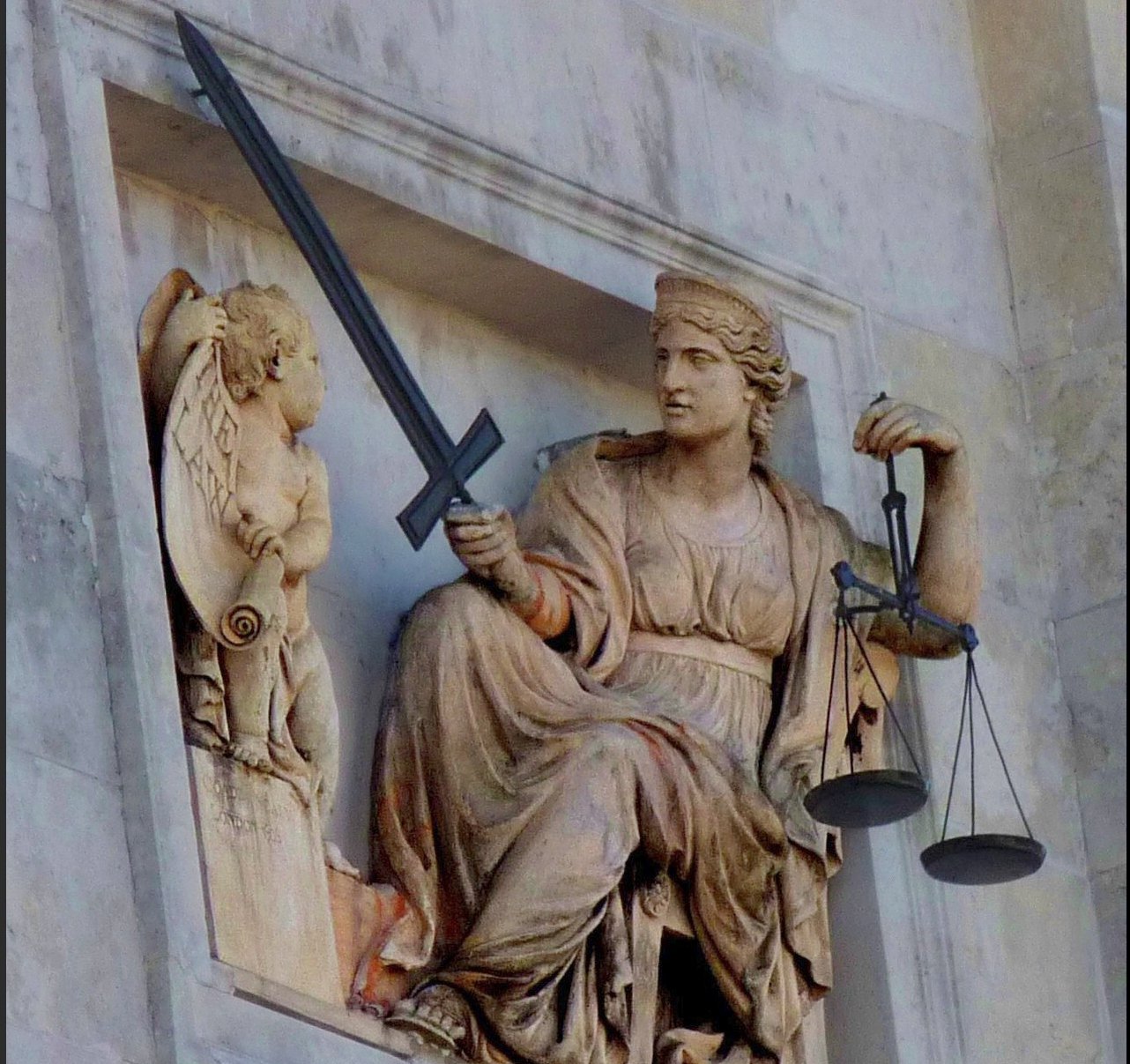 Prosecutors enjoy near impunity for the misdeeds they commit, even those leading to convictions of the innocent. (Rob via Flickr; cropped from original)

A study by the National Registry of Exonerations shows widespread misconduct by federal prosecutors in white-collar criminal cases that result in exoneration.

A new report from the  National Registry of Exonerations, a U.S. database of individuals whose wrongful convictions have been overturned, finds prosecutorial misconduct to be rampant in federal white-collar convictions that eventually result in exoneration.

The term “official misconduct” runs the gamut, from tampering with witnesses to fabricating evidence to concealing exculpatory evidence, and so on. For the purposes of the report, it is misconduct that leads to “a criminal conviction that was ultimately reversed by exoneration.”

Various parties can commit official misconduct: law enforcement officers, prosecutors, forensic examiners, child welfare workers, etc. And there can be more than one source of misconduct in each case.

But the study concludes that government wrongdoing in certain categories differs, depending on the jurisdiction.

The gap widens in federal white collar exonerations. Federal prosecutors committed misconduct “seven times as often as the police,” in 65% of such cases, as opposed to 9% for the cops.

The report labels the feds’ misdeeds “particularly disturbing” considering the vast resources at the disposal of the U.S. Attorney’s Office, the ability of federal prosecutors to “choose their targets,” and the fact that “the frequency of white collar crime exonerations” with federal misconduct “has more than doubled since 2002.”

Though the report notes the difficulty of spotting trends, given the span of several years between a conviction and an exoneration, it says one trend is clear: prosecutorial misconduct in federal white collar exonerations is “increasing.”

Edited by Samuel R. Gross, the Thomas and Mabel Long Professor Emeritus of Law at the University of Michigan Law School, the 218-page report draws upon details of 2,400  exonerations in the U.S. from 1989 to February 27, 2019, which make up the bulk of the National Registry of Exonerations.

In 54% of those cases, or 1,296, misconduct by government actors “contributed to the false convictions” of defendants who were, in the end, exonerated.

Generally, the more severe the crime, the higher the rate of government misconduct: 32% for most non-violent offenses; 72% for murder, which is normally prosecuted as a state crime.

However, white collar crimes prosecuted in federal courts defy this rule, scoring the second highest rate of misconduct at 65%.

In an interview with Front Page Confidential, Gross, who co-founded the registry in 2012, explained that he was less surprised by the high rate of misconduct in federal white collar cases after analyzing the phenomenon.

His study recognizes a peculiar parallel between federal white collar exonerations and exonerations of murder convictions in local courts.

White-collar crimes are largely prosecuted in federal courts, and the penalties are, on average, less severe than those of serious state court crimes, such as murder in the first degree, which may trigger the death penalty.

On the other hand, both state murder cases and white-collar crimes often involve lengthy investigations, intense public scrutiny and the generous expense of time and resources.

“What surprised me more is that the misconduct [in federal white collar exonerations] was so heavily dominated by prosecutors as opposed to police officers,” Gross says. “That’s what I think is most unusual about the federal cases.”

Gross says prosecutors “are likely to play a role in the early stages of investigations of white collar crimes in federal court,” and that they “don’t play in violent crime investigations in state cases.” For instance, in the case of a murder, an initial investigation has probably already been done by local cops and submitted to a prosecutor, with the suspect in custody.

“Justice means presenting evidence as well as you can and letting the judge and jury decide who’s guilty or innocent, not saying, `I know this person’s guilty, so I’ll present false evidence to convict or . . . conceal evidence that would get him acquitted.'”

— Samuel R. Gross, law professor and co-founder of the National Registry of Exonerations

By contrast, federal white collar investigations are “overwhelmingly proactive investigations,” says Gross. They might go on for years before a suspect is charged. And they often involve cooperating witnesses and “masses of documents” that are “obtained sometimes directly from the parties sometimes without their knowledge.”

Prosecutors may also seek electronic surveillance in white collar prosecutions. Because the prosecutor is intimately involved in the investigation, misconduct by police may be less likely, the report surmises.

However, a federal prosecutor has, in the parlance of detective shows, means, motive and opportunity for misconduct.

The motive? Careerism, the drive for success and the fear of failure. Also, the prosecutor may legitimately believe his target is guilty, rationalizing that the ends justify the means.

“If misconduct is committed, it’s likely to be at the [prosecutors’] behest,” says Gross. “Either they do it, or they permit the police to do it because they’re much more likely to be in control.”

The most common kind of official misconduct, according to the report, is “concealing exculpatory evidence,” which happens in “44% of all exonerations.”

Concealing exculpatory evidence, along with other official misconduct, took place in one of the most notorious federal white-collar prosecutions of recent memory: that of Sen. Ted Stevens of Alaska in 2008 for allegedly failing to report gifts worth more than $250,000 in connection with renovations to his home.

The true breadth of the problem of prosecutorial misconduct remains unknown. Exonerations are well documented. Routine criminal convictions, not as much.

Among other misdeeds, prosecutors allowed their key snitch to lie under oath at trial. Stevens was convicted in October 2008. As a result, in November of that year, Stevens lost reelection to the Senate.

But a few months later, the worm had turned. A whistleblower revealed to the court that prosecutors and FBI agents intentionally failed to turn over exculpatory evidence to the defense. In April 2009, a federal judge voided the convictions and dismissed the charges.

A little more than a year after the case was thrown out, Stevens died in a plane crash at the age of 86. At the time, the WWII veteran held the record for having been the longest serving Republican member of the Senate.

As Stevens’ entry in the National Registry of Exonerations explains, a 500-page report ordered by the judge in the case concluded that prosecutors engaged in “significant, widespread and at times, intentional misconduct.” In the fallout from the conviction’s reversal, one of the prosecutors committed suicide.

In the Stevens case, Gross believes that prosecutors were convinced of Stevens’ guilt, as the Senator had long been suspected of using his office to enrich himself.

But Gross says there are less extreme cases than Stevens’. He offers the following hypothetical:

“You’ve been working on a case for two years and you’re just convinced this guy is cheating and lying and stealing money from the government. But all the evidence that looks so good, once start you start examining it carefully . . .  starts unraveling. What do you do?

“Well, you know what you should do. What you should do is say, `We’re going to have to dismiss the charges.’ But that’s embarrassing and makes you look bad, and you convince yourself, perhaps correctly, that means that the guilty person goes free. But your job is to present honest evidence.”

Another reason prosecutors pursue bogus charges is because they can do so with near impunity. Unlike the qualified immunity afforded police, Gross explains, prosecutors enjoy total immunity from civil suits for any conduct that falls within their function as prosecutors.

“A system in which the rule is you can’t have a civil lawsuit means that any private attempt to bring issues like this to the public for accountability are nipped in the bud,” he says.

Juan Martinez, ex-prosecutor known for role in Jodi Arias trial, has been disbarred,

"I acknowledge that charges have been made against me. I have read the charges. I have denied the charges and continue to do so," https://t.co/8w5AfeVQsN

Otherwise, prosecutors are rarely held accountable for official misconduct, save in the most egregious cases, such as the 2012 disbarment of Maricopa County Attorney Andy Thomas in Arizona, or the 2009 disbarment of District Attorney Mike Nifong in Durham County, North Carolina.

(More recently in Arizona, Maricopa County prosecutor Juan Martinez, who led the charge in court against murderess Jodi Arias, consented to disbarment as a result of allegations stemming from that case.)

The report suggests that elected county attorneys could spur change on the local level by doing what they should be doing:  disciplining prosecutorial misconduct, dropping tainted cases and reinvestigating questionable convictions.

On the federal level, the report finds that the U.S. Department of Justice has little or no excuse for the proliferation of prosecutorial misconduct in white collar exonerations.

The study encourages the DOJ to “lead by example” by reigning in the problem, as the “rate of misconduct by prosecutors among exonerations for federal white-collar crimes is higher than for any other crime category.”

Gross tells FPC that it’s also a matter of changing the culture that condones and sometimes encourages misfeasance:

“Justice means presenting evidence as well as you can,” he says. “And letting the judge and jury decide who’s guilty or innocent, not saying, `I know this person’s guilty, so I’ll present false evidence to convict or . . . conceal evidence that would get him acquitted.'”

The true breadth of the problem of prosecutorial misconduct remains unknown. Exonerations are well documented. Ordinary criminal cases, not so much.

According to the study, “the vast majority of convictions are based on guilty pleas, which usually produce little or no record” of such cases.

Meaning, wrongful convictions in state and federal courts greatly outnumber the exonerations documented by the registry.