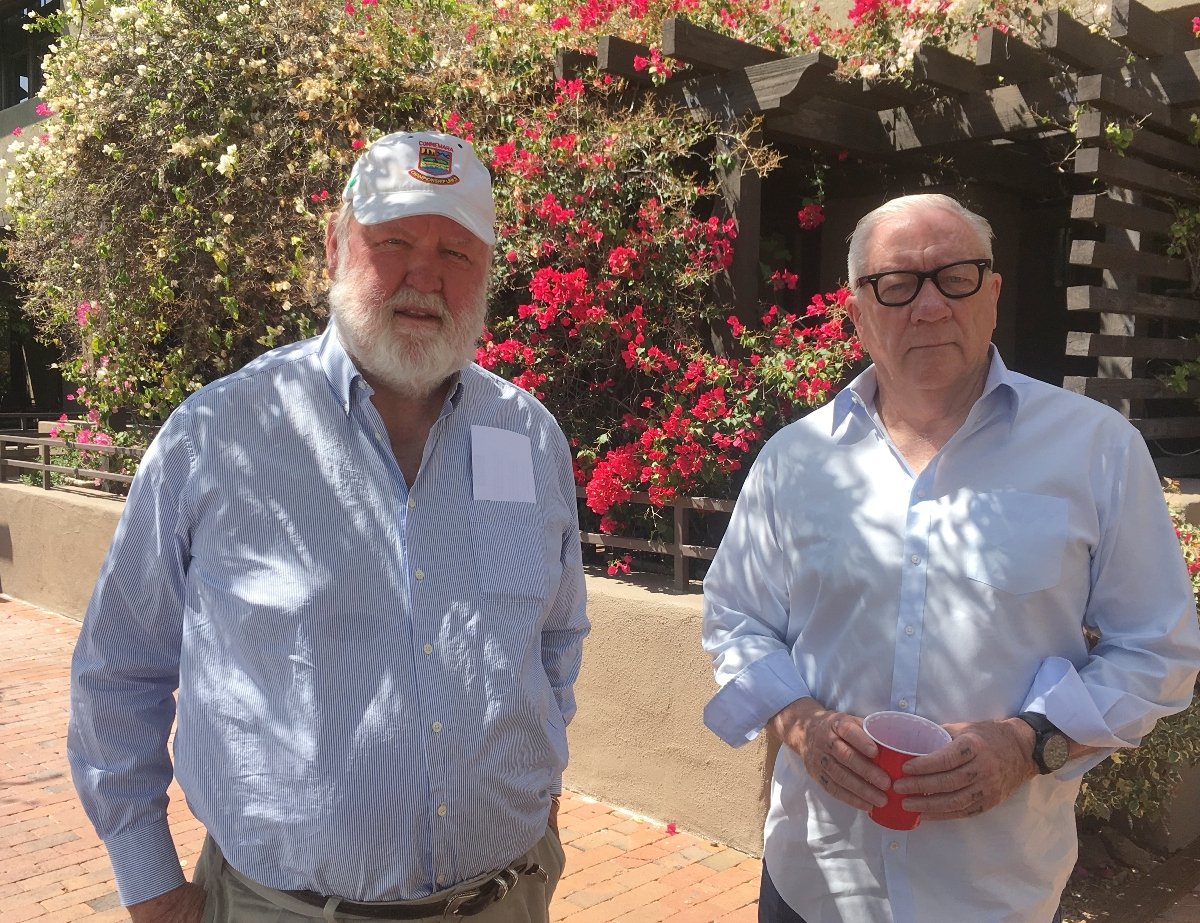 Jim Larkin (left) and Michael Lacey during a recent trip to Tempe, and back in time, to talk about the 50th anniversary of the Phoenix New Times.

In recent interviews regarding the paper they founded a half-century ago, Michael Lacey and Jim Larkin talk about Vietnam, the Kent State Massacre and the beginnings of the Phoenix New Times.

Before they were newspapermen, Michael Lacey and Jim Larkin were young iconoclasts, fed up with the Vietnam War, the Nixon administration and the Kent State Massacre.

But as they both explain in recent interviews for the paper they founded 50 years ago this month, the Phoenix New Times, it was the last of those that propelled them into a life of journalism and defiance of the status quo: i.e., the May 4, 1970 tragedy at Kent State University, Ohio, where National Guard troops fatally wounded four student protesters and injured nine.

“It was the trigger for us,” Lacey tells PNT for a special feature on the paper’s 50th anniversary. “The anti-war movement had been going on for several years, so that was not a new thing. What was new was the killing of American students by American armed forces.”

Please read: Once Upon a Time in . . . Tempe: The Early Days of Phoenix New Times

Lacey was a wiry Irish kid from upstate New York and a recent dropout from Arizona State University. He and his fellow campus activists were pissed by the coverage they received from the local paper of record, the Arizona Republic, then-helmed by ultra-right wing publisher Eugene Pulliam.

Pulliam’s daily rag depicted student protesters as murderous, anti-American degenerates. One political cartoon in the Republic actually labeled them “campus terrorists.” This echoed the views of Nixon himself, who publicly referred to the anti-war demonstrators as “these bums blowing up the campuses.”

Lacey and his pals knew they’d never get a fair shake in Pulliam’s paper.

“We wanted to be heard, and we were not being heard,” Lacey explains to Front Page Confidential. “To the extent [the Arizona Republic] acknowledged us at all, they were inciting construction workers to come out and beat us up.”

Those so-called “hard hat” construction workers did show up to one anti-war demo at ASU, violently confronting student activists. Lacey’s interviews with these pro-Nixon counterdemonstrators appeared in the first issue of the new paper, dated June 9, 1970.

The publication called itself the Arizona Times, later changing its name to New Times. Larkin joined the effort in 1972, and together, Lacey and Larkin formed a dynamic partnership, with Lacey acting as editor and Larkin as publisher. Over the years, they expanded PNT, eventually transforming it into a 17-paper chain of alternative weeklies known as Village Voice Media, which the pair sold in 2012.

Larkin had been in Mexico City during the student demonstrations against the 1968 Summer Olympics, when Mexican soldiers killed hundreds as part of the government’s “dirty war” against leftists. Raised in Phoenix, he already had a family and a steady job, unlike Lacey and the others who made up the collective that ran the project in the early ’70s.

But Larkin saw the paper’s potential, and he brought a business savvy and vision that helped build the paper into the journalistic juggernaut it became.

“There were a number of newspapers that were basically underground,” Larkin tells FPC. “Michael and his crew did something different. They created an anti-war newspaper that wasn’t tied to the drugs . . . [but] to political news coverage of the anti-war movement.”

That’s not to say drugs weren’t around in those early hippie days in Tempe, and the PNT piece covers some of that. But the paper was always serious about journalistic endeavors, and it was PNT’s journalism and its cultural reportage that propelled the paper past its rough beginnings into five decades of hard-fought survival and success.

Lacey and Larkin are now faced off against the federal government in a criminal court case currently scheduled to go to trial on August 17, 2020, which involves crucial First Amendment issues surrounding their former ownership of the online listings giant, Backpage.com.

The PNT piece offers a reminder of Lacey and Larkin’s origins in the heady maelstrom of ’70s counterculture, mirroring the free speech battles that the pair continue to fight to this day. 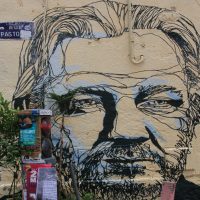 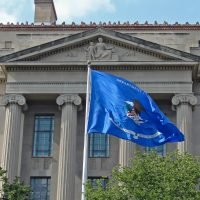