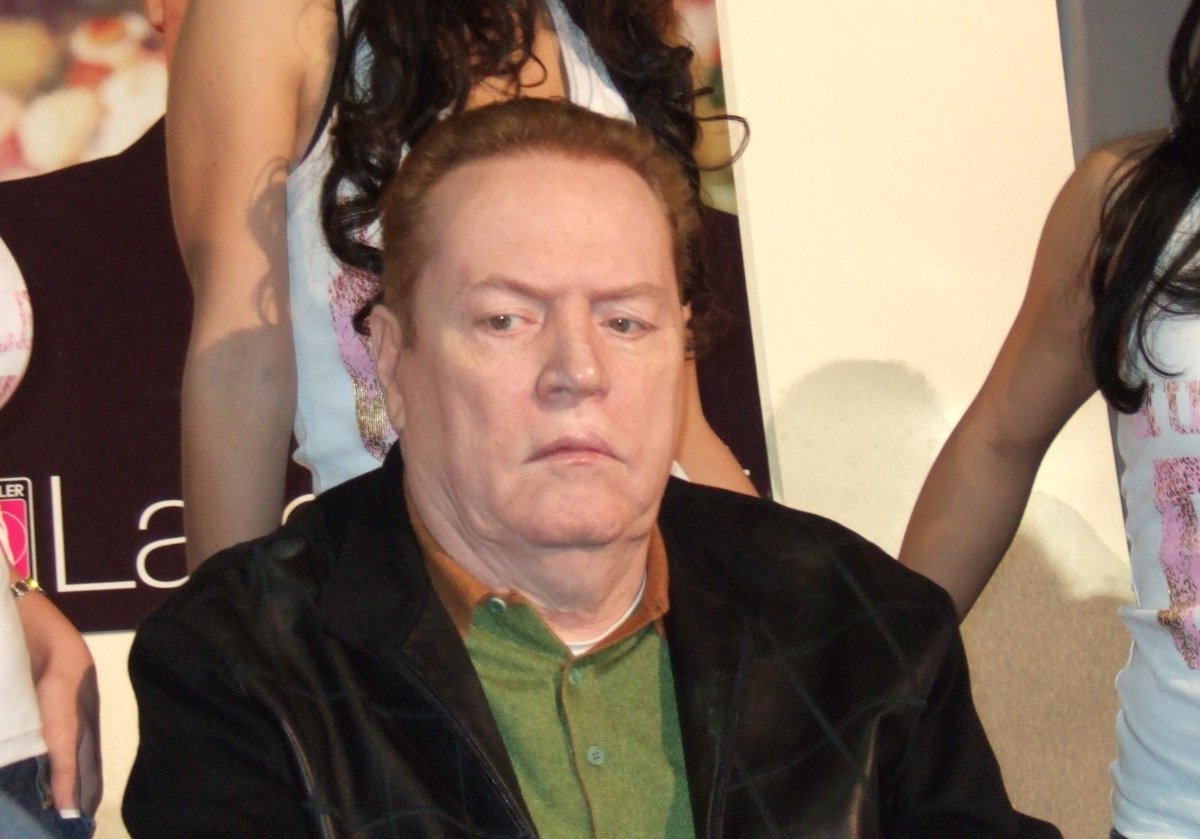 Larry Flynt, the iconoclastic pornographer who successfully fought government censorship and all manner of prudes to become a hero of the First Amendment, died of heart failure in L.A. on Wednesday at the age of 78.

Born to hardscrabble poverty in the hillbilly “hollers” of eastern Kentucky, Flynt earned fortune and the enmity of cultural conservatives and feminists alike with the crude humor and gynecological excesses of Hustler magazine, the publication he started in the early 1970s as a promotional newsletter for his chain of Hustler nightclubs in Ohio.

But, as depicted in the 1996 Milos Forman film The People vs. Larry Flynt, there was a price paid, a tragic arc that included constant harassment by the authorities, the loss of his wife Althea, his near assassination by a racist serial killer enraged by a nude, biracial photo-spread and a First Amendment triumph over Televangelist and Moral Majority founder Jerry Falwell at the U.S. Supreme Court.

Flynt survived the 1978 assassination attempt, but was paralyzed from the waist down and confined to his gold-plated wheelchair for life. In his memoir An Unseemly Man, he reflected on the staggering ups and downs of his bizarre career.

“I have been reviled, prosecuted, imprisoned, and shot,” he wrote. “I have spent half my life it seems in court. I have survived years of the worst physical pain any human can endure. I have accomplished much and triumphed against the odds.”

Full disclosure: Flynt has been a lifelong idol of mine. I’ve long admired his outrageous stunts, everything from handing over to 60 Minutes videotape of automobile visionary John DeLorean being framed by the FBI on cocaine charges, to once showing up to court in a diaper made out of the American flag, to his defense of embattled President Bill Clinton by releasing a report outing the extramarital affairs of Republican politicos, leading to the resignation of incoming House Speaker Bob Livingston.

Phoenix actually features in Hustler’s origin story. The model for Flynt’s first Hustler gentlemen’s club in Dayton, Ohio was a bar with go-go dancers in Phoenix called the Hi Liter, which is still in operation but now spotlights striptease instead of bikini-clad gals.

As Flynt recalled in his memoir, go-go clubs were a somewhat “new phenomenon” that first began in California before spreading to other locales, like Phoenix and Houston. There were none back East at the time, so he flew out to Phoenix in 1968 to check one out as a possible business opportunity and ended up at the Hi Liter.

Flynt, who already owned a couple of bars in Ohio, colored himself “impressed” by what he saw: “a bevy of good-looking dancers dressed in minuscule bikinis, gyrating to the latest music.” He returned to the Buckeye State, determined to start his own go-go establishment, a concept that seems almost quaint by today’s standards. Located in downtown Dayton, he dubbed it the Hustler Club.

But there’s more: At the entrance to the Hi Liter, Flynt noticed a “little rag” called Bachelor’s Beat, “a local entertainment newsletter that carried nightclub and theater news,” which he saw as another business opportunity. Flynt took a cab to the paper’s offices, offered to buy an Ohio franchise and got one.

Flynt writes that he didn’t know “a damn thing about publishing,” but when the home office in Phoenix went south, he had to learn to put out the free paper on his own in Ohio. He kept it going for a couple of years before bailing at a loss. It was his “first taste” of the publishing business, and it had whetted his appetite for action.

In 1972 came a promotional Hustler Club newsletter, which he aspired to turn into a “national publication.” By July 1974, after some twists and turns, the first issue of Hustler hit the stands.

Flynt’s problems were only beginning.

When notorious Savings and Loan swindler Charles Keating finally dropped dead in Phoenix on March 31, 2014 at the age of 90, I got on the blower to Larry Flynt Publications in Beverly Hills and asked to speak with the guy they named the company after.

“He was the scum of the earth.” — Larry Flynt on financial flimflam man Charles Keating

Flynt did not disappoint. He hated Keating from back in the days when the die-hard Catholic was fronting for the Cincinnati holding company, American Financial, and spending his copious free time fighting the “scourge” of smut through the organization he founded for this purpose, Citizens for Decency Through Law (CDL).

Who was Keating’s bête noire? Larry Flynt, of course. Keating teamed up with local prosecutor Simon Leis in a plot to hang Larry by the short and curlies. Leis took Flynt to trial and scored an obscenity conviction in 1977, with Flynt drawing a 7-to-25 year sentence. Fortunately, Flynt only did about a week in stir before he was sprung pending an appeal. The conviction was later overturned.

Keating kept up the anti-porn crusade, eventually moving to Phoenix, where he would get into the S&L biz and scam seniors out of their life savings, getting them to gamble it all on worthless bonds. Keating also got caught up with Sen. John McCain in a scandal known as “the Keating Five,” which is another tale altogether.

The crooked financier ultimately cost Uncle Sam $3.4 billion when his Lincoln Savings and Loan went belly up. And the feds put Keating away for 4.5 years on fraud, racketeering and other charges.

In an interview published in New Times, Flynt told me that he usually doesn’t like to speak ill of the dead, but for Keating, he made an exception.

“All those years in the ’70s when he was having me prosecuted for having published obscenity, he was stealing money from those little ol’ people in Lincoln Savings and Loan. He’s the scum of the earth,” Flynt growled.

I talked to an attorney who attended a party at Keating’s house…He was showing the movie Deep Throat at his home.

And the reason why [Keating] was showing it to them was, he wanted the community to be aware of the kind of garbage that was out there. So he put them through a full-length screening of Deep Throat and would say things like, “Look at that. See what they’re doing? This is what’s happening to our culture.”

This attorney in Nevada told me that [Keating] took a copy of Hustler up and put it in this elderly woman’s face. He opens up the pages and says, “Look at that. Look what they publish.”

He said he actually thought Keating was doing this because he got off on shocking people with what was in the magazine or what might be in the movie. Really a strange guy.

But when it came to the Rev. Jerry Falwell, Flynt let bygones be bygones. Falwell sued Flynt over a parody of a Campari ad that ran in Hustler in 1983. In it, Falwell discussed how his “first time” was doing it with his mom in an outhouse.

A jury awarded Falwell $150,000 for emotional distress, but a Reagan-era Supreme Court unanimously reversed the lower court in 1988, finding that parody was protected speech under the First Amendment. The legal victory is commonly taught in law schools, and it made Flynt a free speech superstar.

Falwell and Flynt later reconciled. When Flynt and I spoke in 2007, also for the New Times, Falwell recently had died, and I asked Flynt about him.

“My mother always told me that no matter how much you despise somebody, when you meet them you’ll always find something about them you like,” he explained. “Now, Falwell fought me 15 years in court, ending up in the Supreme Court. And I hated him. But after I got to know him, it wasn’t that he wasn’t sincere. He was sincere. He was just misguided.”

One of Flynt’s lawyers in that 1977 obscenity case was Buffalo attorney Paul Cambria, whom Flynt described in his book as playing the heavy to the “Mr. Nice Guy” approach of Cambria’s then-partner, Herald Fahringer.

As fate would have it, Cambria is also the criminal attorney for the co-owner of Front Page Confidential, Michael Lacey, and has been representing the veteran newspaperman since shortly after Lacey was first arrested by the FBI in April 2018 for allegations pertaining to Lacey’s onetime ownership of the classified ads giant, Backpage.com.

Federal prosecutors want to hold Lacey, his fellow journalist Jim Larkin and four others responsible for adult ads posted by users to the all-purpose classifieds site. The feds hit them with 100 counts of money laundering, conspiracy and the facilitation of prostitution under the U.S. Travel Act.

Basically, the DOJ is seeking to imprison Lacey and Larkin for the rest of their lives for owning a classified ads website. When I first spoke with Cambria at Lacey’s bond hearing in April 2018, Cambria said the government’s actions were a “First Amendment violation,” and he scoffed at the prosecutors’ theories regarding his client. (Note: Larkin and the other defendants each have their own individual attorneys.)

“You should be able to speak freely — meaning, place your ad,” Cambria said. “But if you do something that violates the law, then you should be punished, not the host of the information.”

Lacey was later released on a bond of $1 million. Ditto Larkin. That’s more than some alleged killers have to shell out for conditional release.

“He’s a fighter,” Cambria said of Lacey. “He’s a First Amendment guy. He was a newspaperman forever, and he’s used to defending freedom of speech.”

I was not able to reach Cambria for a comment on Flynt’s passing.

Cambria is no stranger to legal warfare. He was actually present and nearby when Flynt was nearly assassinated in 1978.

In 2018, I asked him about the considerable differences between defending Flynt and Lacey’s cases.

He didn’t break stride as he walked out of the Sandra Day O’Connor Courthouse in downtown Phoenix.

“We got shot at when we’re defending Larry Flynt — that’s a little bit different,” Cambria said.

“But this [Lacey’s case] is as pure free speech as it gets.” 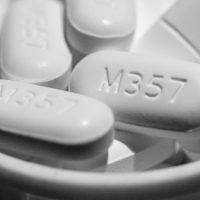