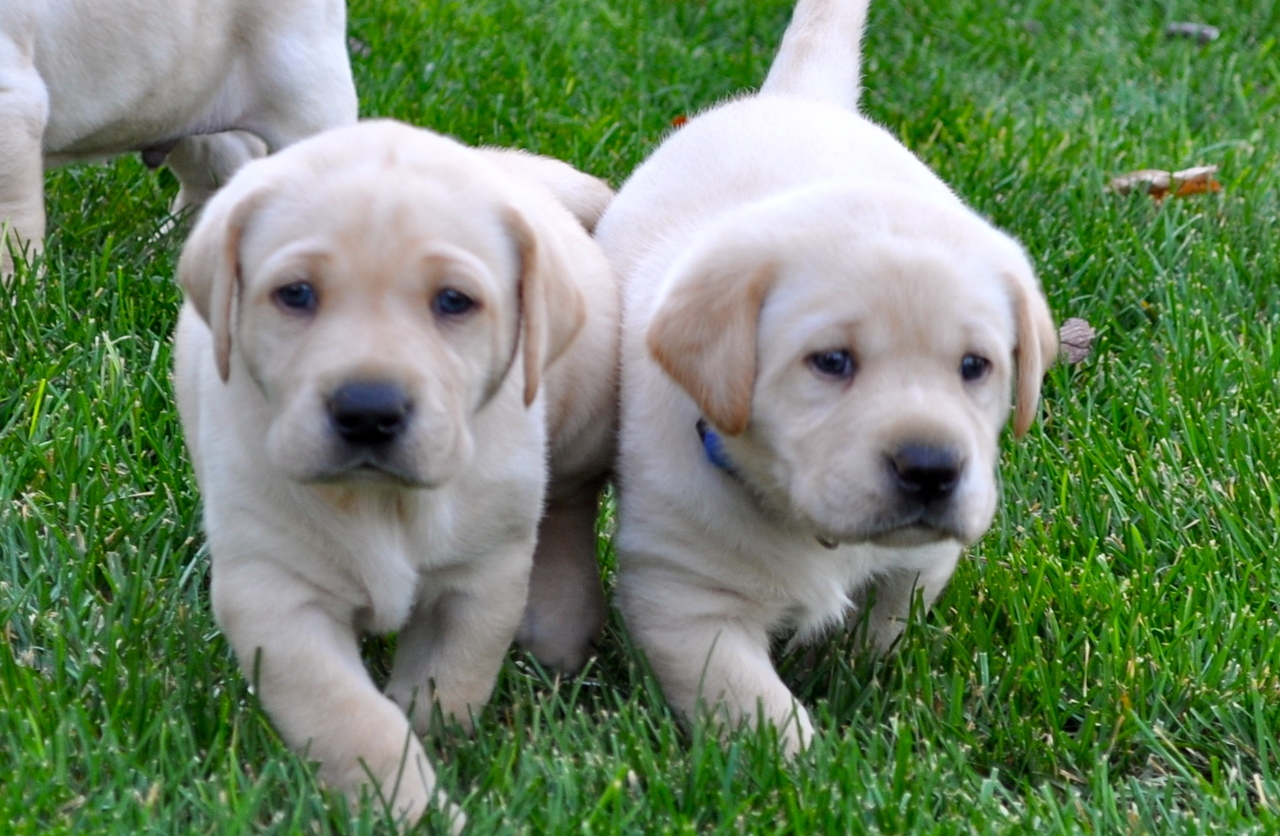 You want SESTA to pass and don't care if Wikipedia suffers as a result? You probably hate these cute little puppies. (Lisa L Wiedmeier, via Flickr)

The U.S. Senate insists SESTA will zero in on sex trafficking, but the legislation's provisions imperil Wikipedia, the world's go-to crowdsourcing colossus.

Being against the nonprofit online encyclopedia Wikipedia is like being against NPR, used book stores, frozen Snickers bars, rainbow-striped over-the-knee toe socks, and the Muppets.

So it would stand to reason that threatening to do harm to the free, near-fathomless bank of crowdsourced knowledge would be akin to threatening to blow up the Library of Congress or drown a sack of puppies. (Take your pick.)

It wasn’t always like this. Those of us who can remember that far back recall how people used to sneer at Wikipedia. It was the go-to for lazy college freshmen, who dutifully quoted Wikipedia pages in their research papers, in much the same way previous generations used CliffsNotes as primary-source material for high school term papers about Romeo and Juliet.

Wikipedia still suffers from some of the skepticism it met with in its turbulent youth — a skepticism summed up by a wise man named Stephen Colbert, who once said, “Wikipedia is the first place I go when I’m looking for knowledge — or when I want to create some.”

In general, Wikipedia has won that war. When’s the last time you saw (much less actually consulted) a physical set of encyclopedias?

According to Alexa, Wikipedia is the fifth-most-visited site on the web, appearing in some 300 languages, with more than 5.5 million articles in English alone, covering everything from the Roy Moore scandal to the Cuban Missile Crisis, the Colossus of Rhodes, anabolic steroids, and the creeping armored sea cucumber.

Is Wikipedia 100 percent accurate? No, but what is? And if it were gone, there’d be a big fat black hole in the internet where all that information used to be.

Wikipedia could be a collapsed internet star one day thanks to the U.S. Senate’s Stop Enabling Online Trafficking Act of 2017 (SESTA), which threatens to make mincemeat pie out of Wikipedia and eat it for breakfast, if passed.

SESTA’s supporters say they aim to crush to the hysteria-enhanced boogeyman of “sex trafficking,” but the language of the bill leaves Wikipedia and countless other sites open to the sort of civil and criminal liability they’ve never had to face before.

Writing for the Wikimedia Foundation blog, legal fellow Leighanna Mixter explains how Section 230 of the Communications Decency Act of 1996 (CDA), which grants immunity to interactive websites for content posted by third parties, allows Wikipedia to thrive.

SESTA aims to roll back that immunity with respect to sex trafficking. That might sound good coming out of a politician’s mouth, but in practice it’s a train wreck waiting to happen.

As currently drafted, SESTA would amend the federal sex trafficking statute (18 U.S.C. § 1591) to state that participation in a sex trafficking venture occurs when a party, such as a website, is “knowingly assisting, supporting, or facilitating” a sex trafficking crime. While clearer than the broad “knowing conduct” standard that appeared in earlier versions of SESTA, this language could potentially make websites unintentionally liable for facilitating criminal activity if they engage in proactive, yet imperfect, monitoring efforts.

The Wikimedia projects are maintained by the collective monitoring efforts of thousands of volunteers worldwide, who promptly remove vandalism and other content that does not follow the community policies. The Wikimedia Foundation Terms of Use provide another baseline for the Wikimedia projects, and violations of those Terms are often removed by volunteer users, or may be reported to the Foundation for removal. The Wikimedia Foundation is able to rely on this community-self governance model, in large part, due to the existing clear protections provided by Section 230.

The ambiguity of the “knowledge” standard in SESTA poses problems for any website that welcomes user-generated content, including those operating on a community self-governance model. Any new laws affecting websites must be drafted carefully to state website operators’ obligations and responsibilities when they are alerted to unlawful content. There must be clear methods for reporting such content to the appropriate law enforcement authorities, without accidentally triggering liability. Without these clear guidelines, website operators will be unable to review new content without risking significant new liability.

Mixter rightly asserts that Wikipedia “simply would not exist without Section 230,” noting that “[u]ser-driven projects could not thrive if websites were subject to greater liability for user content, and certainly could not be supported by a small nonprofit organization like the Wikimedia Foundation.”

Many have pointed out that SESTA’s Congressional backers have yet to demonstrate how a website owner ought to handle content that might be illicit, without inadvertently triggering liability.

In one recent post, Techdirt.com editor Mike Masnick laid out how an ad for “hot Chinese women” could endanger his entire publication if it somehow were to slip through his site’s spam filter. Not only that, he goes on, but in theory a prosecutor could use his blog post about this hypothetical situation to establish Masnick’s “knowledge” that such crimes were indeed being committed.

Mixter identifies other worrisome matters concerning SESTA. As amended, the bill expands “civil and criminal liability for websites under state law as well as federal law in cases where the federal sex trafficking law has also been broken.”

Requiring website owners to obey one central federal statute is one thing, she contends. They “should not have to monitor and attempt to comply with differing laws in all 50 states.”

And the costs to comply with the new legislation will be prohibitive for all but the most well-established, deep-pocketed sites like Google, Facebook, Twitter, and Amazon — all of which, not coincidentally, belong to the Internet Association, an über-powerful lobbying group that recently endorsed SESTA.

Mixter’s argument is a solid one. But it may be too little, too late.

The general public doesn’t care if corporate behemoths like Facebook have to fork over a small pittance of their vast fortunes to cover their keisters.

Wikipedia, meanwhile, is as grassroots as they come. And unlike, say, NPR, it gets by without direct government funding.

Think of how often you visit Wikipedia. Now imagine not having that resource at your fingertips because U.S. lawmakers heaped so much potential liability upon it that it could no longer afford to operate.