The once fiercely transgressive social-media platform Tumblr has announced that it is hopping aboard the censorship express. In a statement posted to its staff blog on December 3, Tumblr CEO Jeff D’Onofrio warned that beginning December 17, the company will no longer allow adult content, “including explicit sexual content and nudity (with some exceptions).”

In the statement, D’Onofrio explained that the site is updating its community guidelines as part of an effort to create a “better, more positive Tumblr,” one that fosters “a safe place for creative expression, self-discovery, and a deep sense of community.”

The statement linked to a Q&A page specifying that banned content will include photos, videos, GIFs, and illustrations that depict sex acts, “real-life human genitals,” or “female-presenting nipples.”

Whatever those are, they evidently aren’t nipples that present in the context of birth, breastfeeding, or health-related matters such as breast cancer or mastectomy, according to the Q&A.

Presumably, all Tumblr systems are go for “male-presenting nipples.” Ditto written erotica, along with nudity found in works of art and in the context of political and/or newsworthy speech.

Existing content that does not earn a passing grade from Tumblr’s censorship algorithm will be flagged and made private, viewable only to the person who posted it.

Observers have noted that Tumblr’s announcement comes less than a month after its app vanished from Apple’s App Store. Several days after Apple pulled the app, Tumblr issued an announcement disclosing that child pornography was involved.

Vox.com consumer technology reporter Kaitlyn Tiffany recently wrote that a former Tumblr engineer had informed her that the policy change had been in the works for six months, but that Tumblr’s corporate overlord — Verizon — had “pushed it out the door” after the app-store expulsion.

So @tumblr just officially banned “adult content” including something called, “female-presenting nipples.” I can only assume my nipples will now sadly be banned there. But hopefully @twitter and @instagram will let them stand. pic.twitter.com/Qh13ebr73z

Given those numbers, it’s reasonable to wonder whether the site is dooming itself to extinction.

It doesn’t help that Tumblr’s new algorithm is already flagging non-pornographic images for review, including Garfield the cat and Mario, the popular Nintendo character.

Then there are those who use Tumblr as a central element of their business model.

Coverage in both the Daily Beast and HuffPost noted that Tumblr’s purge deprives sex workers of an advertising venue, further exacerbating a life-threatening situation among a population that was already reeling from the federal government’s ongoing war consensual commercial sex.

It’s no small irony that December 17, the date on which Tumblr will officially institute its cleanse, marks the 15th annual International Day to End Violence Against Sex Workers.

GARFIELD IS STRAIGHT UP ILLEGAL ON TUMBLR PASS IT ON pic.twitter.com/GPxDsbcjoJ

More broadly, as BuzzFeed reporter Katie Notopoulos lamented, Tumblr’s decision is another step in the “march to the digital grave” for the freewheeling “old internet” that emerged in the late 1990s and early ’00s.

“Bottom line: There are no shortage of sites on the internet that feature adult content,” the Tumblr CEO observed in his December 3 statement. “We will leave it to them and focus our efforts on creating the most welcoming environment possible for our community.” 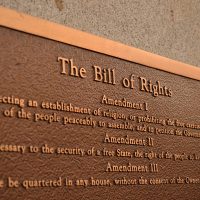