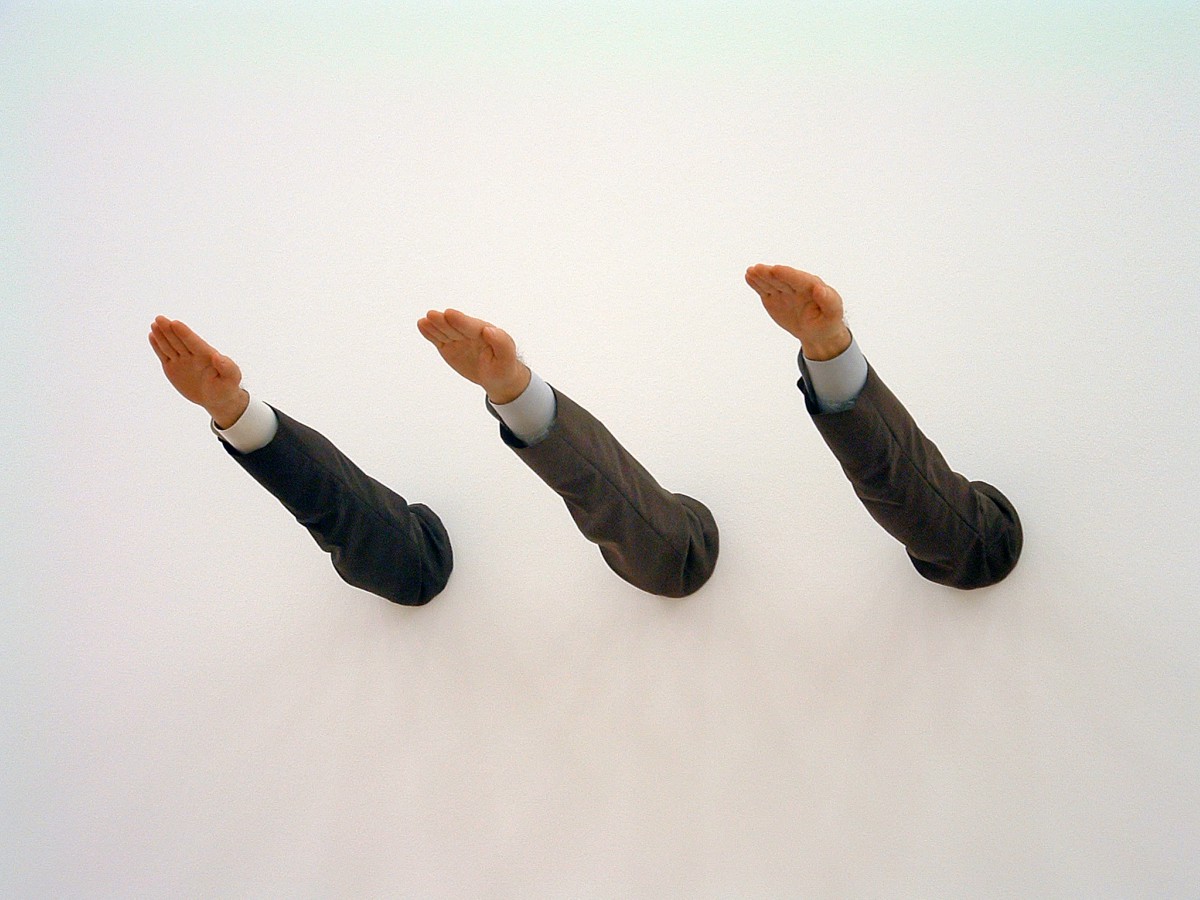 Twitter began enforcing its new rules regarding hate speech, and a number of prominent far-right users were among the first to fall. (Trigger warning: Trump's still standing.)

Like Sweeney Todd with a straight razor, Twitter has begun slashing the accounts of far-right extremists, enacting a new set of anti-hate speech protocols and inspiring the hashtag #TwitterPurge.

As part of the new regime, the San Francisco-based social media giant greatly expanded its existing prohibitions on violent content directed at individuals or groups. A statement Twitter published Monday on its blog promised that the company will hold users accountable for any communication that treats any person as “less than human.”

Moreover, the company will suspend accounts that “affiliate with organizations that use or promote violence,” even if the offender’s activities take place somewhere other than on Twitter’s platform.

Twitter also pledged to remove user content that glorifies violence. (Repeat offenders will face suspension.) And the rules forbid users from using their account profiles to threaten others or employ racial slurs or “racist and sexist tropes.” Nor may a profile include hateful imagery or symbols.

Twitter will allow some hateful imagery into tweets, but it might label an image “sensitive media,” in which case viewers first would have to click through a trigger warning.

The company said it was making the changes “to create a safer environment for everyone.” The move is part of a years-long effort to address user complaints regarding cyberbullying, harassment, death and rape threats, and racist and sexist content.

Critics have called the site a haven for vicious trolls, some of whom have succeeded in driving high-profile users off the platform. In 2014, Robin Williams’s daughter Zelda Williams left after trolls targeted her with Photoshopped images of her late father. (She has since returned to Twitter.)

Saturday Night Live cast member Leslie Jones nearly left Twitter after a racist troll mob targeted her in 2016. Jones turned the tables on her attackers by unblocking their tweets and letting the world see the vitriol.

During a 2016 conference call with investors, Twitter co-founder and CEO Jack Dorsey promised to address the issue once for all, declaring, “Abuse is not civil discourse.”

Early this year, Buzzfeed reported that Twitter had unveiled anti-harassment features: “a new ‘safe search’ results, a timeline change intended to collapse ‘potentially abusive or low-quality’ tweets, and a new effort to crack down on the creation of new abusive accounts from repeat offenders.”

As of now, I don't see any systematic method to the #TwitterPurge. I've lost more than a hundred followers in 24 hrs, but lots of pro-White accounts, even shit-lordy ones, remain. @jartaylor got purged, but not @Steve_Sailer, @vdare, @TOOEdit , et al. Haphazard.

The company announced its new policies toward hate speech on November 17, giving alt-righters, racists, and a variety of other haters a month to shape up or prepare to have their accounts zapped into nonexistence.

So far, results of the purge are mixed. Some racist and white-nationalist luminaries have survived with their accounts intact: notably, alt-right leader Richard Spencer and former Ku Klux Klan grand wizard David Duke.

But Twitter has suspended a number of other racist leaders and their organizations from the platform. These include white supremacist Jared Taylor, as well as the account for his American Renaissance magazine.

National Socialist Movement “commander”Jeff Schoep‘s Twitter handle fell to the axe, as did accounts for the American Nazi Party, the neofascist Traditionalist Workers Party, and the white-supremacist group Vanguard America.

Vanguard America made news after James Alex Fields allegedly plowed his car into a group of counter-demonstrators at the alt-right “Unite the Right Rally” in Charlottesville, Virginia, on August 12.

Fields, who stands accused of killing 32-year-old Heather Heyer and injuring 19 other people in the incident, had been photographed earlier in the day standing with Vanguard America members, holding one of the group’s distinctive black-and-white shields. When the photos circulated in the news and on social media, Vanguard America denied that Fields is a member.

Twitter’s suspensions have not stopped at U.S. borders.

Several European “identitarian” groups are among the casualties. In England, the anti-Muslim group Britain First found itself on the chopping block when Twitter suspended leader Paul Golding’s account along with that of Golding’s deputy, Jayda Fransen.

Fransen had her turn in the spotlight in late November, when Donald Trump retweeted three violent anti-Islam videos she’d shared on the platform. The retweets earned the U.S. president the opprobrium of British Prime Minister Theresa May.

In that extremely unlikely event — the new policy against violent threats exempts military or government entities, and company already provides leeway for material that is “newsworthy and in the legitimate public interest” — Trump could join the droves of suspended right-wingers heading for the “alt-tech” social networking site Gab.ai.

Sanduja says Gab currently has 345,000 users, compared to Twitter’s 330 million worldwide. He reports that Gab has been recruiting new members “in the thousands” in the wake of Twitter’s policy change.

“Gab regards the new Twitter policy as tyrannical, unjust, totally unenforceable, and a laughingstock that will see its share value and total assets plummet,” he writes.

According to an article on Mashable.com, the monthlong delay in implementing the new rules was due to European Union regulations that require tech companies to provide public notice 30 days before implementing any new policy.

“Sites like Twitter control so much online speech that the consequences of their decisions have far-reaching impacts on speech around the world.” — David Greene, Electronic Frontier Foundation

That delay lends credence to a recent Cato Institute policy paper that warned of “censorship creep” on the internet as a result of a May 2016 agreement that Twitter and other companies signed with the European Commission to “prohibit the promotion of incitement to violence and hateful conduct.”

There’s two kinds of people when it comes to the #TwitterPurge.

Those tweeting out quotes about free speech from individuals who would repudiate said posters…and the rest of us ready for the garbage truck to finally arrive.

Greene notes that Twitter, like any other online business, can choose what speech it allows or disallows on its platform.

“But we get very concerned when platforms take down content and cancel accounts, especially en masse,” Greene goes on. “Sites like Twitter control so much online speech that the consequences of their decisions have far-reaching impacts on speech around the world.”

He adds that for every neo-Nazi some company kicks off the internet, “thousands of less-visible decisions are made by companies with little oversight or transparency” — decisions that affect everyone online, not just the haters.

This is not Twitter’s first free-speech imbroglio.

On October 26 the company instituted a ban on ads from two media outlets controlled by the Russian government: RT (formerly Russia Today) and Sputnik. Not coincidentally, Twitter took that step the week before its general counsel was to testify before the U.S. Senate on Russian interference in the 2016 election.

And back in 2014, Twitter bowed to court orders in Russia and Pakistan — two countries in which the company did no business and had no employees. In its response to that move, EFF’s cybersecurity expert Eva Galperin wrote that the platform had abdicated its position as “the free speech wing of the free speech party” — a pointed reference to a 2012 pronouncement from Twitter’s United Kingdom general manager.

Most of those using the hashtag #TwitterPurge this week would agree with Galperin’s assessment.

Many are invoking George Orwell’s dystopian novel 1984. Some have observed that December 18 is Stalin’s birthday and posted memes that depict Twitter co-founder and CEO Jack Dorsey dressed as the communist dictator.

The far right was hit hard by the online bloodletting. But extremist left-wing groups may be in for a surprise.

“[W]e’ve realized it’s no longer possible to stand up for all speech…” — Sinead McSweeney, Twitter’s vice president for public policy and communications in Europe, the Middle East, and Africa

Late Monday, The Hill‘s campaign editor Will Sommer reported via his Twitter account that the purge was extending beyond far-right groups. Several accounts linked to the New Black Panther Party for Self-Defense, he tweeted, had been suspended.

Though it’s ostensibly on the far left of the political spectrum, the Anti-Defamation League calls the New Black Panther Party “the largest organized anti-Semitic and racist Black militant group in America.” (The group is unrelated to the 1960s Black Panther Party of Bobby Seale and Huey P. Newton fame.)

On Tuesday morning, Business Insider reported that Sinead McSweeney, Twitter’s vice president for public policy and communications in Europe, the Middle East, and Africa, had testified before the U.K. Parliament, which was looking into hate speech and violent extremism online.

At one point, McSweeney explained that Twitter had previously held the belief that good speech would drive out bad speech, but the company no longer accepted this as the case.

Her words seem to define Twitter’s current view of freedom of speech as demonstrated in the #TwitterPurge.

Click the link below to read Twitter‘s statement regarding its new rules: 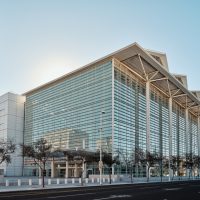 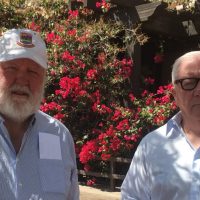