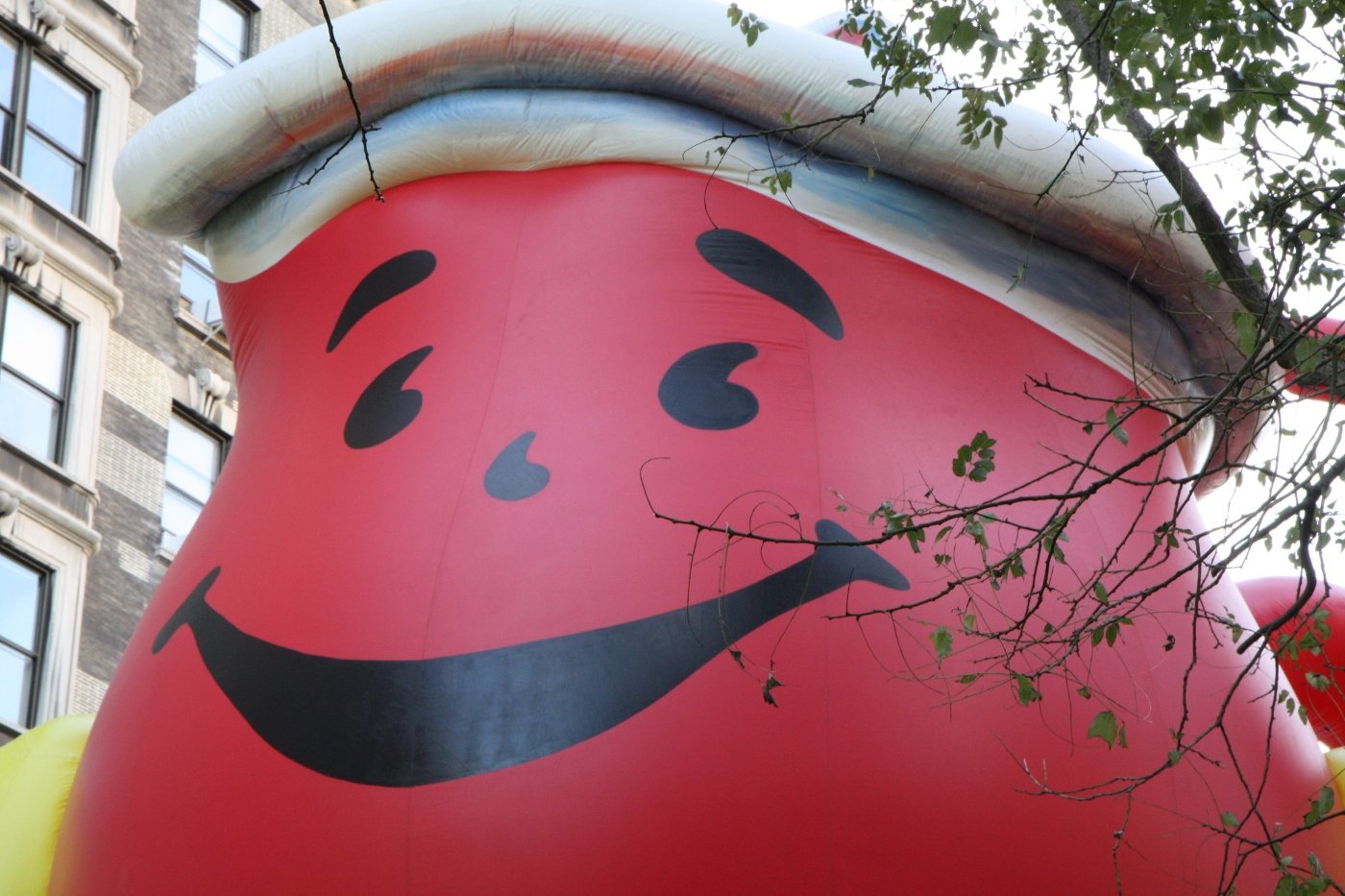 Eschewing independent research, as well as (apparently) the use of Google, Washington Post editor E.J. Graff guzzles the proverbial Kool-Aid in her review of "Taking Down Backpage."

Still, the way Graff blindly glugs down Krell’s self-serving account of the latter’s failed 2016 prosecution of Backpage.com’s co-founders, Michael Lacey and Jim Larkin, conjures up the image of a glassy-eyed cult member gulping gallons of Kool-Aid spiked with cyanide.

Graff, the managing editor of WaPo’s ‘Monkey Cage’ blog, takes at face value everything in Krell’s book, crediting Krell with “helping to shut down Backpage.com” and buying Krell’s depiction of herself as a white savior riding to the rescue of sex workers even as she prosecutes them.

The Monkey Cage wrangler also commits a number of her own factual errors, which likely could have been cleared up if she’d availed herself of Google or some other search engine.

Graff praises Krell’s “exhaustive, meticulous work.” But Krell’s disastrous 2016 “pimping” prosecution of Lacey, Larkin and the man they sold Backpage to in 2015, Carl Ferrer, was twice thrown out of court by two separate California judges.

Both jurists found that the First Amendment was implicated by the prosecution, and both observed that California did not have the authority to bring such charges because Section 230 of the U.S. Communications Decency Act grants interactive websites immunity from both civil and state criminal law for content posted by a site’s users.

Krell was well aware of Section 230 case law. In 2013, Krell’s jefe, California Attorney General Kamala Harris, signed a public letter to Congress, along with other state AGs, complaining that they lacked jurisdiction to prosecute Backpage and asking Congress to amend Section 230 accordingly.

Krell’s “pimping” theory didn’t fare well either. Krell alleged that the men had knowingly profited from another’s act of prostitution, supposedly because among the millions of classified ads hosted by Backpage, a portion were for legal adult services, such as massage, escorts and dating.

But as California Judge Michael Bowman explained in a Nov. 2016 ruling, California’s pimping statute does not apply to “an individual who provides a legitimate professional service to a prostitute” even if that person is “paid with proceeds earned from prostitution.”

Bowman, the first judge to dismiss the case, noted that “providing a forum for online publishing” is a “recognized legal purpose,” covered by Section 230, which, as Bowman observed, is effectively an extension of the First Amendment’s guarantee of free speech.

Federal, state and appellate judges have repeatedly ruled that the content of the adult-themed ads on Backpage was protected both by the First Amendment and Section 230.

Even one of Krell’s own investigators testified during the brief first trial of Lacey and Larkin that the ads were legal on their face.

You would think someone who writes for the Washington Post might be concerned with the First Amendment issues, particularly since not too long ago WaPo ran adult ads, as did the other dailies, the Yellow Pages, and nearly every alt-weekly in the U.S.

But in Graff’s case, apparently not.

Backpage was created in 2004 to recoup some of the money lost as Craigslist hoovered up the entire classified ad market. Studies estimate that between 2000 and 2007, Craigslist took $5 billion in revenue from all newspapers, mainly by allowing users to post in many categories for free.

Like Craigslist, Backpage had categories for a host of run-of-the-mill products and services. Craigslist also had adult-themed ads till the site jettisoned its adult services section in 2010 — not because those ads were illegal, but due to pressure from state AGs. (Note: Many of those ads continued in the site’s personals category until 2018, when Craigslist shuttered that section in the wake of FOSTA/SESTA.)

Despite the Harris/Krell attack on Backpage, the site continued till April 2018, when the FBI took the massive site off the internet and arrested Lacey and Larkin on federal charges.

The federal prosecution is now four years and one mistrial old. Whether or not there will be a new trial is the subject of a defense appeal to the Ninth Circuit based on double jeopardy.

By the time the feds came for Backpage, Krell had left the California AG’s office, a tidbit Graff does not mention.

Instead, Graff tells us that after Bowman tossed the case “a devastated Krell dove into the evidence seized” in a raid on Backpage’s Dallas headquarters and “brought in a forensic auditor to examine the movements of Backpage’s money.”

Graff adds, “Two days before Christmas in 2016, [Krell] filed money laundering charges. In this round, she and her colleagues got Ferrer to plead guilty and become a cooperating witness against his former bosses in exchange for a lighter sentence.”

That’s a fanciful rewriting of history. Actually, Krell refiled the bogus pimping charges at the end of 2016, and tacked on money laundering charges to boot.

In August 2017, those pimping charges were 86’d by Judge Lawrence G. Brown, largely on the same grounds they had been disposed of before.

Some, but not all, of the money laundering charges survived. Judge Brown remained skeptical, writing that Krell’s complaint was “not a model of clarity.” The judge allowed the charges to proceed, “[r]egardless of whether the People will succeed in meeting their burden of proof.”

Those state money laundering allegations were pending against the three men when the feds lowered the boom the following year.

In April 2018, Ferrer entered into a sweet plea deal with the feds. Ferrer pleaded guilty to one — count ’em, one — federal count of conspiracy. He pleaded guilty to state charges in Texas and California as part of the same deal.

In return, Ferrer promised to testify against his former partners in the federal case. The U.S. Department of Justice allowed Ferrer to keep a substantial portion of his assets.

In one of her many gaffes, Graff writes that Ferrer has already received “a reduced sentence of five years in exchange for testifying against Lacey and Larkin.”

But Ferrer has not yet been sentenced and has not yet taken the stand against anyone in this case. Per the terms of the agreement, the most time he could do would be five years for all charges, tops.

In reality, most observers believe Ferrer is unlikely to do any time.

If the feds had not turned Ferrer, would he have pled guilty to money laundering charges in California?

Why would he have done that, considering that a state court judge had already expressed misgivings about the money laundering charges?

Graff stumbles again when she writes that Lacey and Larkin are “under house arrest awaiting trial as their lawyers have delayed proceedings.”

Lacey and Larkin are not “under house arrest.” Rather, they wear ankle monitors as a condition of their release. They must seek permission if they wish to leave Maricopa County, which is physically larger than Connecticut. Otherwise, their movements are not restricted.

“Awaiting trial”? Well, the two men have already faced trial once, in Sept. of last year. Though expected to last three months, it was over in eight days due to prosecutorial misconduct.

Government attorneys repeatedly defied the trial judge’s orders and accused Lacey and Larkin of heinous crimes that they are not charged with: i.e., sex trafficking and child sex trafficking.

The result: a mistrial.

What happens next will be determined by a panel of the Ninth Circuit. If Lacey and Larkin are “awaiting” anything, it is the judgment of the appeals court.

Krell’s prosecution of Lacey and Larkin was a political act, not the righteous crusade Graff depicts in her blog item.

In 2016, Harris was running for the U.S. Senate. Cracking down on “sex trafficking” was part of her agenda.

About a month before the election, Krell concocted a spectacle for the TV cameras, arresting Lacey, Larkin and Ferrer and displaying them in a cage inside a Sacramento courtroom, wearing orange jumpsuits.

Harris crowed, lambasting Backpage as “the world’s top online brothel.” She cruised to victory in November.

California’s case against Backpage would soon be in tatters, but it served Harris well.

Importantly, Lacey and Larkin have not been convicted of anything. But Graff assumes their complicity in sex trafficking and child sex trafficking, though they are not charged with those crimes, nor could they ever be.

If Graff had bothered to Google the Backpage trial, she might have discovered that Lacey and Larkin are in fact charged with facilitating misdemeanor state prostitution offenses in violation of the U.S. Travel Act. False accusations by the government of “sex trafficking” and “child sex trafficking” led directly to the Sept. 2021 mistrial.

The feds must prove to a jury that Lacey, Larkin, et al. are somehow magically responsible for criminal acts by persons they do not know, allegedly connected to ads Lacey and Larkin have never seen.

Hence, the prosecution’s need to smear the defendants.

Interestingly, one of Krell’s investigators at the Cali AG’s office, California special agent Brian Fichtner, made clear during the Sept. 2021 trial that the ads for massage, escorts and dating appearing on Backpage were 100 percent legal.

A witness for the prosecution, Fichtner admitted on cross-examination that the ads he reviewed in 2015 were not illegal on their face and could be for lawful adult services. He further testified that he could not make an arrest for prostitution based solely on the ambiguous language in the ads.

You’ll find nada about the mistrial or Fichtner in Graff’s blog post. She does, however, quote Krell’s false accusation that Backpage’s owners “knew their website incited rape and torture and even murder and that they didn’t care.”

Truth is, Backpage employed multiple tiers of moderation. The site answered subpoenas within 24 hours, less if a child or an endangered woman was involved. Law enforcement praised Backpage for its cooperation. In 2011, the FBI recognized Backpage’s leadership for its “outstanding cooperation and assistance” with “an investigation of great importance.”

In April 2012, according to court records, users posted 3.3 million ads on Backpage. Backpage blocked, banned or removed more than 1 million ads and referred some 400 suspicious posts to the National Center for Missing and Exploited Children (NCMEC).

Graff claims that people “who seek to exploit children can no longer do so with one click.”

Unfortunately, according to law enforcement, they still can. Government research demonstrates that Backpage’s takedown along with the passage of FOSTA/SESTA caused “adult advertising” to migrate overseas, beyond the reach of U.S. subpoenas.

Although the number of these ads took a hit in the immediate aftermath of the Backpage takedown and FOSTA/SESTA, according to Graff’s WaPo colleague, Glenn Kessler, those numbers were rebounding just months after the seismic shift.

By Dec. 2018, Techdirt‘s Mike Masnick was reporting that “online sex ads are showing up at an even higher rate than before FOSTA became law.”

In the 2019 Frontline documentary, “Sex Trafficking in America,” investigators with the Phoenix Police Department described an uptick in sex workers on the street post-Backpage, and the rise of different advertising sites, based overseas, that do not work with the police.

Whereas, when Backpage was around, law enforcement had one central source to query.

Be careful what you wish for, goes the admonition.

And while you’re at it, don’t drink the Kool-Aid. 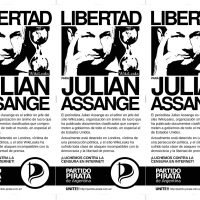