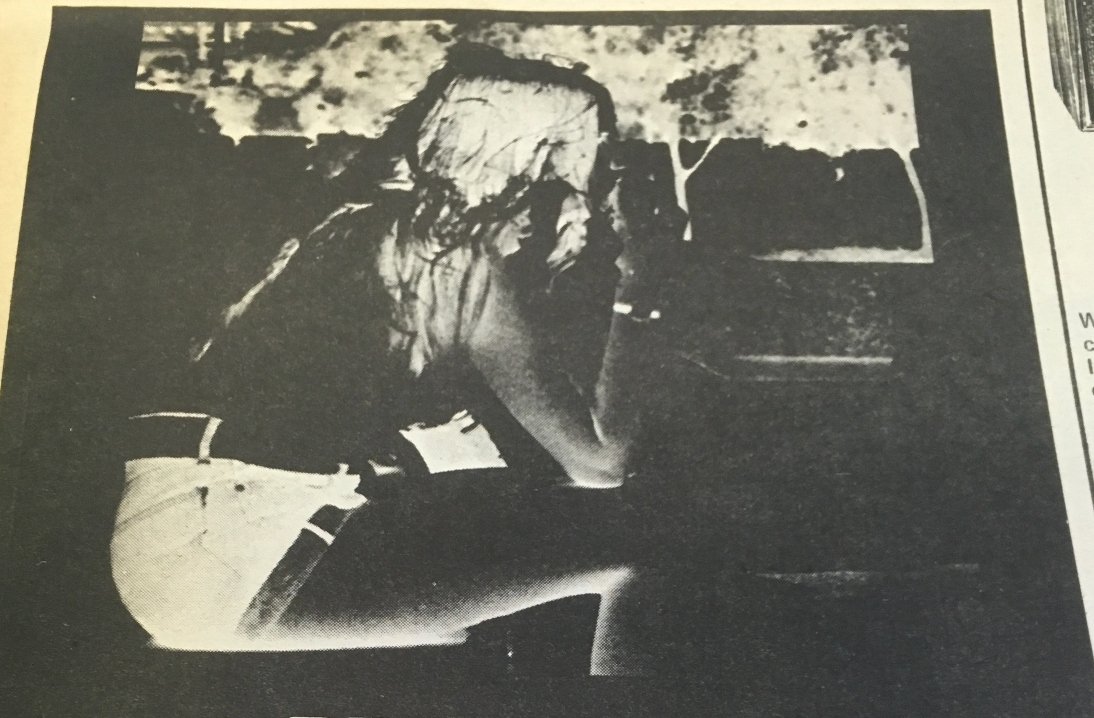 An ad illustration for the "Problem Pregnancy Information Service," which ran in the New Times in the early 1970s. (New Times)

Anticipating a favorable ruling from the U.S. Supreme Court on a similar Mississippi statute, Republicans in Arizona’s state Senate recently passed a bill along party lines that would outlaw most abortions after 15 weeks, with no exception made for victims of rape or incest.

Some believe SCOTUS’ conservative majority will soon overturn Roe v. Wade altogether, throwing the issue of abortion back to the states. Pre-Roe, abortion was illegal in Arizona. It was even against the law to publish an ad in Arizona for abortion providers in other states where the procedure was allowed, like California.

But in 1973, a scrappy alternative paper called New Times helped overturn Arizona’s abortion laws, including an unconstitutional statute making it a misdemeanor to “willfully write, compose or publish a notice of advertisement of any medicine or means for producing or facilitating a miscarriage or abortion.”

The weekly publication, which would come to be known as the Phoenix New Times, was founded in 1970 by hirsute college dropout Michael Lacey and several of his cohorts in response to the Kent State massacre and the U.S. incursion into Cambodia during the Vietnam War.

In future years, Lacey and his business partner Jim Larkin would take the paper to unforeseen heights, buying and creating other alt-weeklies across the country. In 2006, New Times, Inc. merged with the Village Voice in New York to create a national, 17-paper chain, Village Voice Media.

But in the early ’70s, New Times‘ success was hardly assured. In the spirit of the times, it was run as a collective, with Lacey giving plasma to keep the thing afloat. The paper’s long-haired rebels used a storage room adjacent to a dress shop in Tempe as their headquarters.

The women’s liberation movement was in full flower at the time, with women demanding equal rights and sovereignty over their own bodies. It was the decade of Our Bodies, Ourselves, Ms. Magazine, and the fight for reproductive rights, including access to contraception and safe, legal abortion.

Women contributed significantly to the nascent New Times, which offered women-centric features, such as one, written by Gayle Pyfrom, which followed a group of women to California to end their pregnancies. The article offered a “road map,” Lacey once explained, on how to obtain a legal abortion.

In New Times‘ 20th Anniversary issue, Lacey recalled that one of the paper’s first major advertisers was “a referral service for abortions performed legally in California.”

Lacey was referring to the “Problem Pregnancy Information Service,” an organization that originated in Berkeley, California and advertised in alternative papers across the country. Via phone, trained counselors fielded questions from women about their alternatives to pregnancy. The group would provide transportation and accommodations to those seeking an abortion in California.

As a result of the ad, the City of Tempe took New Times to court in 1971. The paper was convicted of one misdemeanor count, with New Times appealing the verdict to the Maricopa County Superior Court, where a judge again found the paper guilty.

But in a move that presaged Lacey and Larkin’s willingness to challenge authority and defend their First Amendment right to publish, New Times took the case to the Arizona Court of Appeals. The state appellate court ruled in favor of New Times on July 3, 1973, seven months after SCOTUS’ Roe v. Wade decision.

“We need only say that we are bound by the conclusions previously reached by the courts, most notably the United States Supreme Court. We therefore reaffirm and find that the Arizona abortion statutes in their present form are unconstitutional . . .”

The Perils of Commercial Speech

It may appear self-evident that advertising abortion services would be legal once a woman’s right to choose was affirmed, but the nation’s highest court would have to make this plain in a later ruling.

SCOTUS took up the issue of abortion advertising in Bigelow v. Virginia (1975), which the First Amendment Encyclopedia cites as crucial for later decisions extending First Amendment protections to commercial speech.

Per the 1A encyclopedia:

Jeffrey Cole Bigelow, managing editor of the Virginia Weekly, was convicted in Virginia for printing an abortion advertisement from a clinic in New York, where abortions were legal. Virginia law prohibited persons from encouraging or procuring abortions. The lower court that convicted Bigelow fined him $500, and his conviction was affirmed through the Virginia state court system. Initially, the U.S. Supreme Court remanded Bigelow’s case in light of its 1973 abortion decisions in Roe v. Wade and Doe v. Bolton. On remand, the Virginia Supreme Court again upheld Bigelow’s conviction, pointing out that Roe v. Wade did not mention ‘the subject of abortion advertising.’

Bigelow appealed again to SCOTUS, which reversed his conviction in 1975. Writing for the majority, Justice Blackmun found that the ad was not pure commercial speech and “contained factual material of clear public import.”

Blackmun added that “speech is not stripped of First Amendment protection merely because it appears in the form of a paid commercial advertisement.”

A year after the Bigelow decision, the high court extended First Amendment protections to commercial speech, while leaving open the door to its regulation.

The fight over advertising for an abortion referral service was one of many First Amendment battles Lacey and Larkin took on during their 40-plus years in journalism.

They sold their interests in the Village Voice Media newspaper chain in 2012, but they continued to fight for the right of the classified listings site, Backpage.com, to publish, even after they sold the company in 2015.

Backpage won numerous legal victories in both federal and state courts, which consistently found that Backpage’s content — including the massage, dating and escort ads posted by users — was protected both by the First Amendment and federal statute.

“All speech and press are presumptively protected under the First Amendment.” — defense attorney Paul Cambria

Currently, Lacey and Larkin are in an epic First Amendment battle with the federal government over Backpage. The U.S. Department of Justice seized and took down Backpage in 2018, indicting Lacey, Larkin and four others on 100 counts of money laundering, conspiracy and the facilitation of misdemeanor state prostitution offenses in violation of the U.S. Travel Act.

Lacey and Larkin’s first trial ended in a mistrial in Sept. 2021. A new trial awaits the outcome of a defense appeal to the Ninth Circuit based on the U.S. Consitution’s prohibition on double jeopardy.

Lacey and Larkin’s lawyers contend that Backpage’s content was protected by the First Amendment and that their clients are the victims of a witch hunt.

As Lacey’s attorney Paul Cambria told the court at a pretrial hearing last year, “This is a speech case . . . the government doesn’t want it to be, but it is.”

Indeed, before a mistrial was declared in Sept., prosecution witness and California cop Brian Fichtner admitted under cross-examination that the ads in Backpage’s “adult” section were worded ambiguously and did not propose direct money-for-sex transactions.

Fichtner could not make a prostitution bust based on such ads, he averred. Nor were the ads in and of themselves illegal.

As Cambria told the court, “All speech and press are presumptively protected under the First Amendment.”

That’s a principle Lacey and Larkin defended in 1973, and it’s one they are fighting for now.