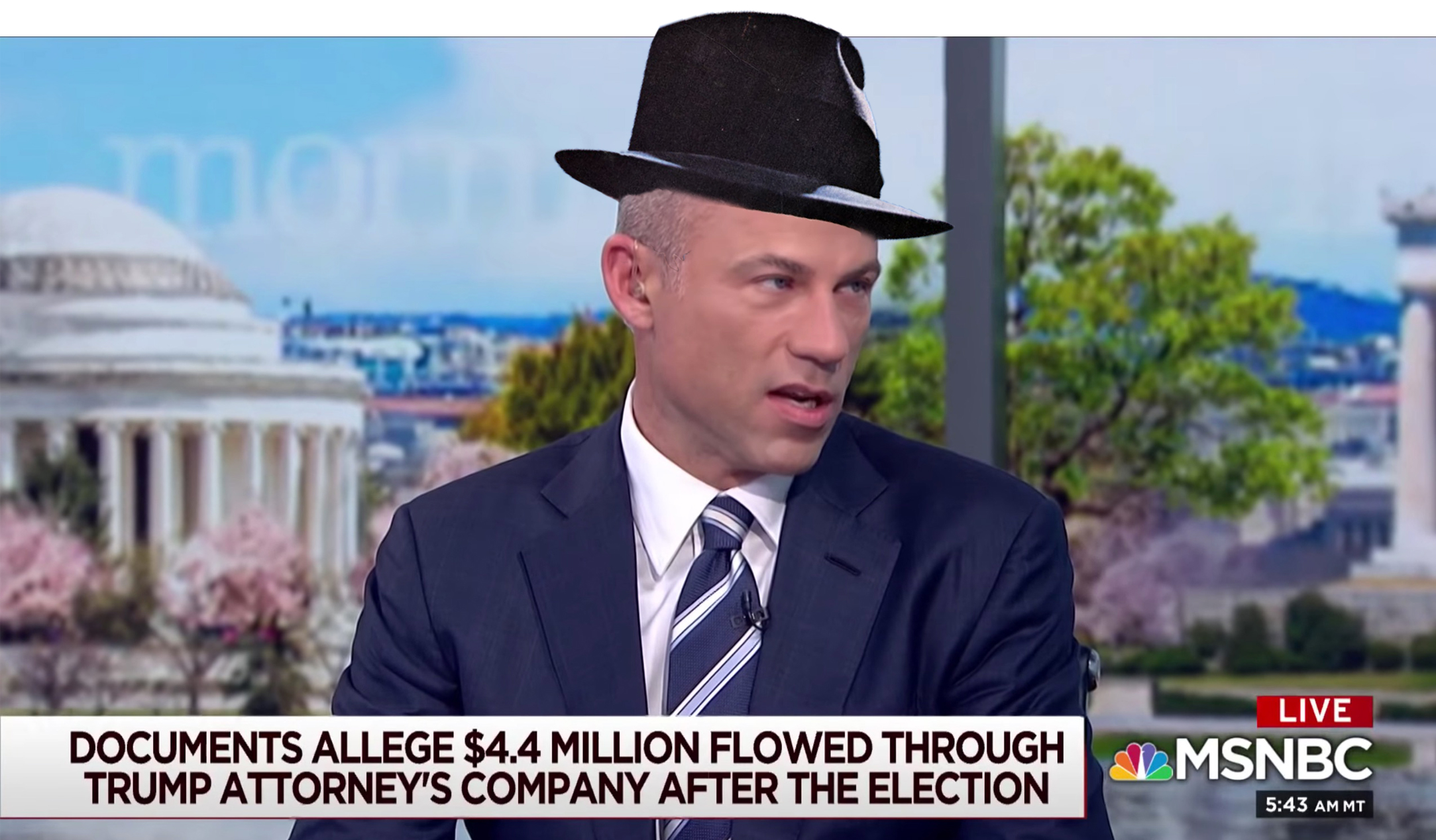 Michael Avenatti, attorney for Stormy Daniels -- and first-class First Amendment weenie (YouTube screenshot, with a tip of the cap to Ol' Blue Eyes)

To paraphrase Frank Sinatra, when the topic is the First Amendment, media darling Michael Avenatti was riding high in May -- and shot down in May

And by “recently” we mean “earlier today.”

As Ol’ Blue Eyes used to sing, “Riding high in May, shot down in May.”

No sooner had the laser-printer ink dried on Avenatti’s federal-court filing declaring his First Amendment right to disclose financial records that appear to connect a lot of Donald Trump-related dots, than Avenatti — the very same Avenatti — attempted to deliver a bitch-slap to the conservative website Daily Caller, which had had the temerity to publish a story alleging various unflattering details, financial and otherwise, from Avenatti’s past. (The story noted that Avenatti denied all of the allegations.)

In the email, which Avenatti prefaced with the words “Off the Record” but which Hasson nevertheless screenshot and posted on Twitter, the LA lawyer writes:

“Let me be clear.

“If you and your colleagues do not stop with the hit pieces that are full of lies and defamatory statements, I will have no choice but to sue each of you and your publication for defamation. During that process, we will expose your publication for what it truly is. We will also recover significant damages against each of you that participated personally. So if I were you, I would tell Mr. Trump to find someone else to fabricate things about me.

“If you think I’m kidding, you really don’t know anything about me. This is the last warning.

“All rights are expressly reserved.”

Note: @MichaelAvenatti tried to call this off record, which of course aren't terms I agreed to since it was an uninvited email pic.twitter.com/Ve6Guftwqq

Now, Front Page Confidential has one and only one dog in this particular fight, and that dog is the First Amendment.

Which leads us to a couple of observations.

As upstanding as Avenatti appeared when he championed his right, under the First Amendment, to “publish information on matters that, without serious dispute, are of the utmost public concern,” his attack on Hasson and the Daily Caller sounds suspiciously like a two-bit bully with a law license throwing his weight around with no statute (and certainly no U.S. Constitution) to back him up.

Empty threats like these aren’t uncommon in American journalism, but that doesn’t make them any less empty. When an aggrieved party who believes he has been defamed and/or libeled really intends to do something about it, said party typically demands a retraction.

And in the United States, a demand for retraction is a somewhat formal process, which is often covered by statute. Typically, for example, a demand letter will precisely spell out the alleged errors in a story.

Avenatti’s email to Hasson, on the other hand, is the sort of back-alley billy club Americans have come to expect of, say, Donald Trump. Only in the case of Trump’s demand in January 2018 that the Henry Holt company “retract” its entire publication run of Michael Wolff’s Fire and Fury, the president’s attorneys at least had the decency to make use of a boilerplate.