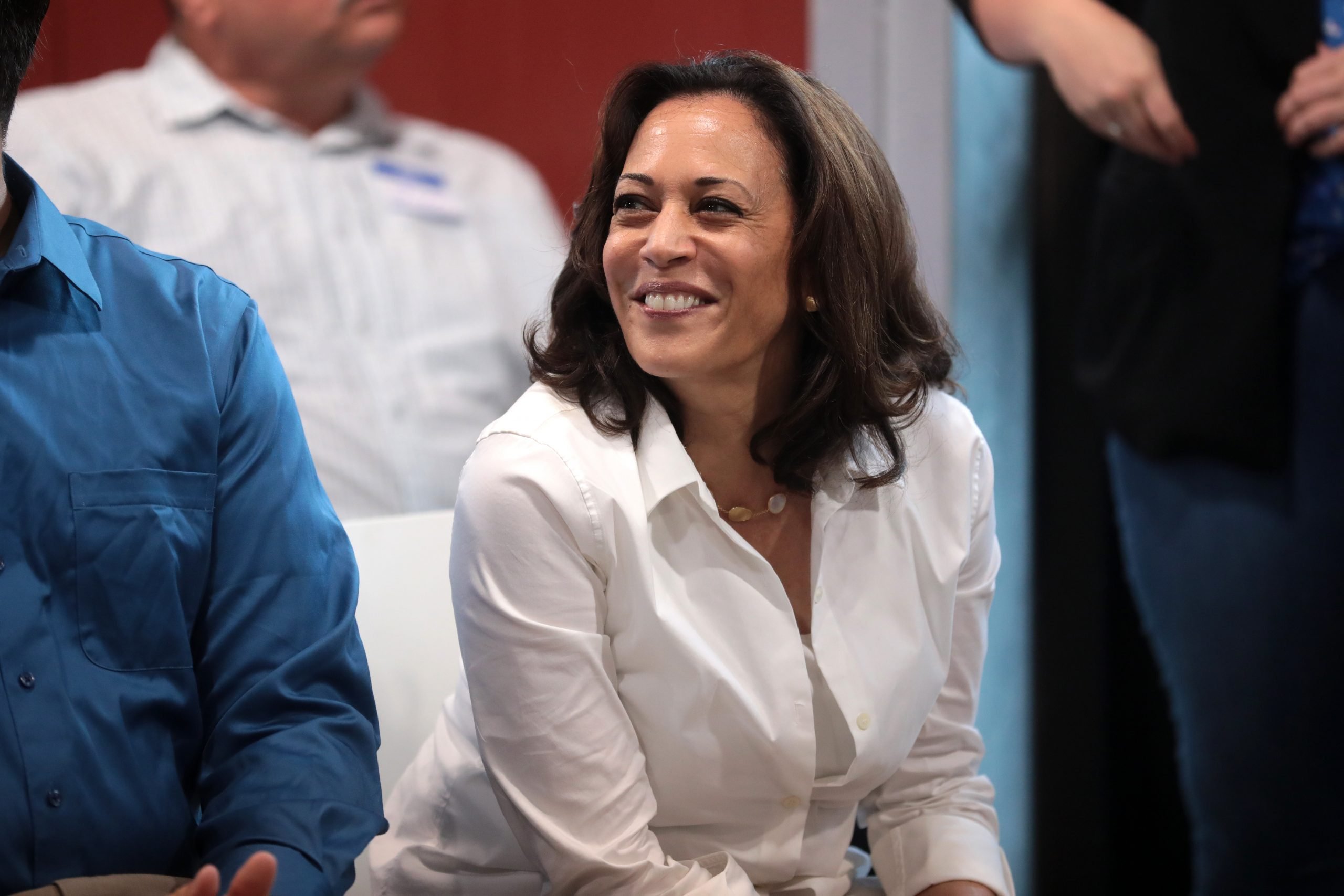 Kamala Harris is being pilloried online for plagiarizing an anecdote from a 1965 Playboy interview with Martin Luther King, Jr.

Kamala Harris marching arm-in-arm with civil rights leaders of the 1960s. Harris as a kid, Photoshopped into a historic image of the Edmund Pettus Bridge in Alabama. The young Harris posed a la Harriet Tubman, leading escaped slaves to freedom via the underground railroad. Harris as Mel Gibson’s William Wallace in Braveheart, crying, “Fweedom!”

Kamala Harris Recalls How As A Little Girl She Helped Slaves Escape On The Undewgwound Wailwoad https://t.co/noGlx6H6ab

These are just some of the images wags have posted on Twitter since the Vice President-elect has been busted in an act (actually, acts) of alleged plagiarism involving a story she tells of attending civil rights marches as a tot with her parents, which bears a strong resemblance to a similar anecdote told by civil rights icon Martin Luther King, Jr. to Alex Haley in a 1965 Playboy interview.

Though Harris has repeated the tale before, the version that first drew scrutiny was from a fawning, October 2020 profile in Elle magazine, where the piece’s author, Ashley C. Ford, uses it as the opening vignette.

In June, @KamalaHarris tells Jimmy Fallon an apparently plagiarized story about demanding “freedom” while in a stroller at a civil rights march pic.twitter.com/bw7N1qXiz5

Senator Kamala Harris started her life’s work young. She laughs from her gut, the way you would with family, as she remembers being wheeled through an Oakland, California, civil rights march in a stroller with no straps with her parents and her uncle. At some point, she fell from the stroller (few safety regulations existed for children’s equipment back then), and the adults, caught up in the rapture of protest, just kept on marching. By the time they noticed little Kamala was gone and doubled back, she was understandably upset. “My mother tells the story about how I’m fussing,” Harris says, “and she’s like, ‘Baby, what do you want? What do you need?’ And I just looked at her and I said, ‘Fweedom.’”

The New York Post has since reported that Harris related this same story in her 2010 book Smart on Crime as well as in her 2019 memoir, The Truths We Hold: An American Journey. But it was the Elle interview that drew the scrutiny of online sleuths who compared the yarn to a story told to Haley by MLK back in ’65.

In it, MLK stated:

“I never will forget a moment in Birmingham when a white policeman accosted a little Negro girl, seven or eight years old, who was walking in a demonstration with her mother. ‘What do you want?’ the policeman asked her gruffly, and the little girl looked him straight in the eye and answered, ‘Fee-dom.’ She couldn’t even pronounce it, but she knew. It was beautiful! Many times when I have been in sorely trying situations, the memory of that little one has come into my mind, and has buoyed me.”

It Takes a Rat to Steal from a King

The Kamala camp has yet to respond to all the gibes online, though some in Harris’ unofficial fan club, the KHive, have come to her defense, offering that a coincidence is possible and that Harris’ now-deceased mom may have borrowed the anecdote and told Harris the story, which Harris assumed was true.

Conservative commentator Stephen L. Miller was one of several on Twitter who noted President-elect Joe Biden’s own checkered history of lifting quotes from others, as Biden did in 1987 when he ripped off UK Labor Leader Neil Kinnock’s tales of growing up poor, a bit of plagiarism which helped sideline Biden’s campaign for president at the time.

Guess we know why Biden chose his running mate. He saw a lot of his own plagiarism in her.

Other jokers made reference to an infamous bit of Biden hyperbole, wherein Biden claimed to have been arrested in South Africa while trying to visit imprisoned freedom fighter Nelson Mandela in the 1970s.

“Having been jailed alongside Nelson Mandela, Biden’s got to be particularly disappointed in her,” cracked one Twitter critic.

But Harris’ use of the apparently-borrowed anecdote fits a pattern of insincerity and duplicity that has dogged her career in public life, such as her pose as a “progressive prosecutor,” when in fact, she largely opposed criminal justice reform measures as San Francisco’s District Attorney and as California’s Attorney General, earning her the sobriquet, “Kamala the Cop.”

Regardless of her revolting cosplay as a criminal justice reformer, Harris aggressively prosecuted sex workers, opposing the decriminalization of sex work. She prosecuted the impoverished parents of truant kids and laughed about it.

Harris cackled at the idea of legalizing marijuana for recreational use (in California, of all places). And she looked the other way at rampant corruption by local law enforcement and district attorneys, when she had the power to do something about it as state AG.

Even more egregiously, during her 2016 bid for U.S. Senate, Harris painted a target on the online classified listings site, Backpage.com, illegally bringing pimping charges against its former owners, Michael Lacey and Jim Larkin, though she was aware at the time that she lacked the jurisdiction (much less the evidence) to do so.

Those “pimping” charges were eventually thrown out twice by state court judges.  Harris nevertheless grandstanded before Congress during a 2017 hearing by the State Permanent Subcommittee on Investigations, appearing on the dais as Lacey and Larkin were called before the PSI as part of a public shaming, where she and other Senators lambasted the two men, who declined to testify based on their First and Fifth Amendment rights under the U.S. Constitution.

Harris was not a member of the PSI at the time, but she was allowed to participate in the McCarthy-esque spectacle and wag her finger at Lacey and Larkin, though she more than most Senators was well aware that Backpage, which Lacey and Larkin sold in 2015, had operated within the constraints of the law.

During Harris’ embarrassingly amateur run for the 2020 Democratic presidential nomination, which she folded before ever being tested in a state primary, the junior U.S. Senator for California adopted the slogan, “Kamala Harris for the People.”

It was an unusually ironic catchphrase — given not only her track record as a prosecutor putting people of color in prison in record numbers, but also her unwillingness to take on high-level wrongdoing and corruption in the foreclosure industry.

As detailed at length in 2017 by The Intercept, the California Attorney General’s Consumer Law Section had sought to bring a civil enforcement action in 2013 against “foreclosure king” Steve Mnuchin’s OneWest Bank, claiming it had “uncovered evidence suggestive of widespread misconduct” by the Pasadena-based institution, such as the backdating of foreclosure documents, among other shenanigans.

In a 22-page memo described by The Intercept as a pitch for legal action, California prosecutors “identified over a thousand legal violations in the small subsection of OneWest loans they were able to examine.”

However, Harris’ office, “without any explanation, declined to prosecute the case.”

At the time of The Intercept exposé, Harris had just been sworn into office as U.S. Sen., and Mnuchin was Trump’s nominee to become Treasury Secretary (a job he soon successfully snagged, natch.)

Though Harris voted against his confirmation, many observers noted the financial ties between the Harris campaign and OneWest. Mnuchin “gave $2,000 to Harris’ Senate campaign in February 2016,” recounted The Intercept, and international financier George Soros, an investor in OneWest, “maxed out to Harris’ campaign in 2015.”

Confronted with the revelations in the Intercept report, Harris offered the weakest possible non-excuse for her office’s inaction when it came to Mnuchin and OneWest.

“We went and we followed the facts and the evidence, and it’s a decision my office made,” Harris said to The Hill when asked. “We pursued it just like any other case. We go and we take a case wherever the facts lead us.”

Given such blatant, unrepentant meretriciousness, is it any wonder that Harris would pilfer an anecdote from history’s most celebrated civil rights leader and use it to burnish her own bio?

For Harris, it’s only a matter of how low she will go . . . Her official four-year tenure as Veep has not even begun. Think of the depths she’ll plumb yet. 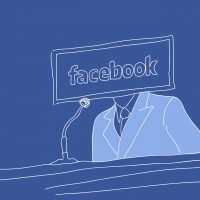