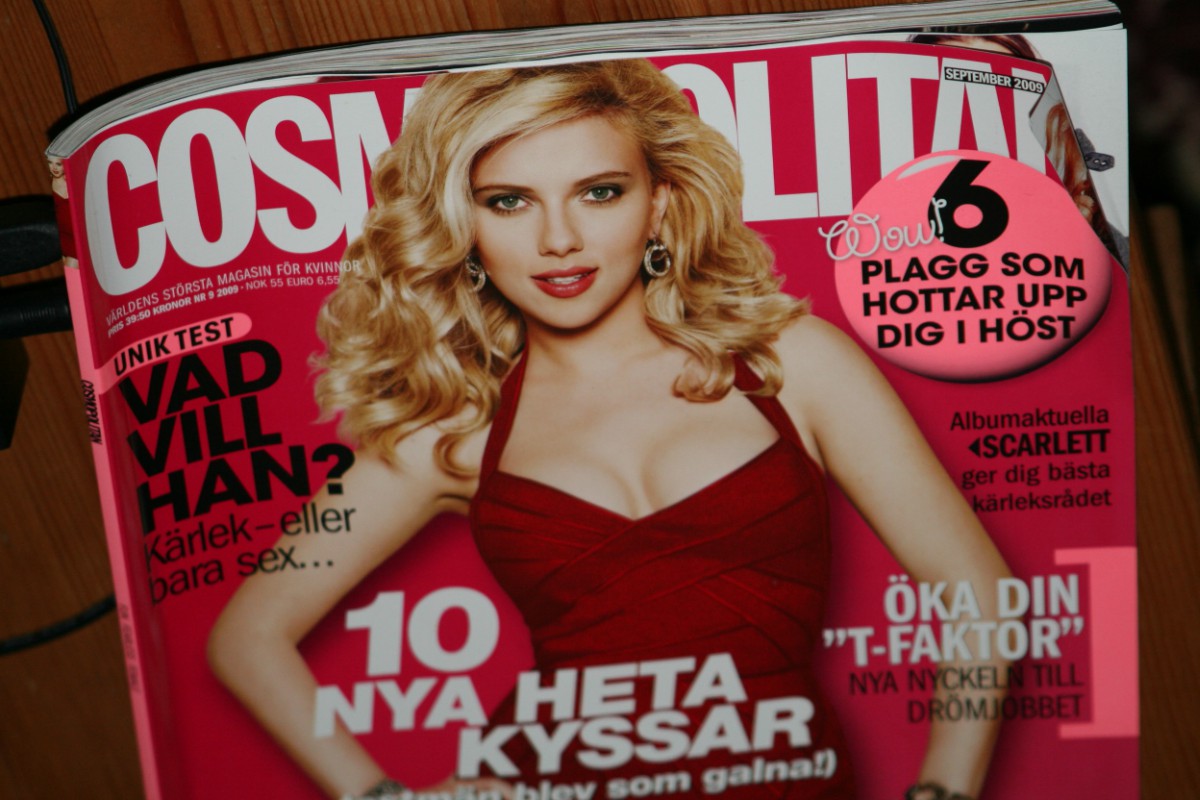 Bowing to pressure from a right-wing group, Walmart will exile Cosmopolitan magazine from checkout lanes in its 5,000-plus stores across the United States. Henceforth, people who want to pay to read “10 Things Guys Crave in Bed” or “The New Science of Better Orgasms” will have to slouch over to Walmart’s magazine rack, the retail Siberia where Cosmo’s print version will reside.

(Everyone else on the planet can click on cosmopolitan.com and read for free.)

The National Center on Sexual Exploitation (NCOSE), a prudish organization formerly known as Morality in Media, claimed credit for the relocation. NCOSE has been campaigning against Cosmopolitan for years, equating it with Playboy, despite Cosmo‘s general lack of full nudity and the magazine’s feminist editorial stance.

Confusing. Walmart is going to remove @Cosmopolitan Magazine from its checkout lines, in part as a response to the #MeToo movement, says @USAToday . But Me Too is about harassment, not sex, and certainly not women enjoying sex. Everything is being thrown into the panic blender.

In remarks on Facebook Live earlier this week, Haley Halverson, NCOSE’s vice president of advocacy and outreach, celebrated Walmart’s decision to ghettoize Cosmopolitan, calling it a victory for the #MeToo movement.

“This is one less drop of hypersexualized media that’s going to be bombarding people in their everyday, which does make a difference, especially in this #MeToo culture that we’re living in,” Halverson told her audience.

“We want a culture that will respect women and ensure their dignity is understood, instead of turning them into objects, that their primary purpose is to be sexual pleasure objects for men,” she added.

In a statement quoted in USA Today, Walmart spokeswoman Meggan Kring characterized the move as “primarily a business decision” and emphasized that customers will still be able to purchase Cosmopolitan in its stores. Regarding the pressure from NCOSE, Kring conceded that “the concerns raised were heard.”

The resulting irony overload is a little difficult to stomach.

Tune-in to the @TODAYshow tomorrow morning to catch me chatting about @ncose & Walmart’s decision to remove Cosmopolitan magazine from checkout aisles in light of the #MeToo movement & concerns over sexual objectification! pic.twitter.com/wnUxo4INgw

That makes almost as much sense as attempting to link Walmart’s action to the #MeToo movement.

Of course, plenty of people on social media and elsewhere are calling out NCSOE for its lame attempt to hijack the hashtag for its own reactionary ends.

NARAL, the pro-choice group formerly known as the National Abortion Rights Action League, came to Cosmo‘s defense on Twitter, calling the magazine “a great resource for info about sexual health, #reprofreedom, and our #reprorights,” and denouncing NCOSE’s rhetoric as “a perversion of the #MeToo movement.”

.@Cosmopolitan is a great resource for info about sexual health, #reprofreedom, and our #reprorights. To qualify it as “inappropriate” because it doesn’t shy away from these issues is a perversion of the #MeToo movement. https://t.co/Ib9KWFwFaM

Lenore Skenazy, author of Free-Range Kids: How to Raise Safe, Self-Reliant Children (Without Going Nuts with Worry) , hit the nail on the head when she tweeted, “Me Too is about harassment, not sex, and certainly not women enjoying sex…. Everything is being thrown into the panic blender.”

In a Daily Beast opinion piece, Samantha Allen observed that NCOSE, which is about as anti-feminist as you can get, is appropriating the language of the anti-porn feminists of the 1970s and ’80s, who squared off against “sex-positive feminists” over the issue of banning pornography.

As Allen points out, the sex-positive feminists won that battle:

On the other side, you had feminists like anthropologist Gayle Rubin who were wary of the ways in which MacKinnon’s more moralistic brand of feminism could be used to sort consensual sexual behavior into “good” and “bad” categories—into what Rubin in 1984 called a “charmed circle” of straight, vanilla, missionary-position sex and the “outer limits” of intercourse that’s less straight and more, shall we say, adventurous, perhaps involving sex toys or multiple partners.
Rubin’s fear, as it turns out, was a prescient one. Although the success of women’s magazines like Cosmopolitan is proof that sex-positive women largely won the “feminist porn wars” on a cultural level, traditional morality groups with institutional power like the NCOSE have been able to align themselves with—or at least wield the talking points of—anti-pornography feminism for their own self-interested ends.

It would be ill-advised, though,  to downplay NCOSE’s victory lap, as tempting as that may be. NCOSE is one of the many right-wing groups that backed the Fight Online Sex Trafficking Act (FOSTA), which the U.S. Senate recently passed and which now awaits President Condom-Free One-Nighter‘s signature.

A wave of self-censorship has followed in the aftermath of the Senate’s passage of the bill, which aims to hold interactive websites liable for any ads promoting prostitution, no matter how vaguely worded. Craigslist shuttered its personals section. Reddit deleted entire forums devoted to sex work. Other sites have shut down paid adult ads.

So disappointed! @Cosmopolitan I know is about empowering women. For #Walmart to co-opt a movement that has allowed so many women to come forward & speak seems like nothing short of an attempt to silence them. #MeToo is about empowerment, not silencing. https://t.co/dnoNSPyp5r

In a post to NCOSE’s blog, the group’s vice president of policy and research, Lisa Thompson, exulted in the online curtailment of free speech.

“This is as great a moment in the fight to free our country from sexual exploitation, as the Emancipation Proclamation was in ending the scourge of slavery,” Thompson wrote, deploying a metaphor that should be offensive to anyone who recognizes the perniciousness of actual historical slavery in this country.

But such hyperbole is to be expected, considering NCOSE’s Victorian mindset. On its FAQ page, the group states that it is against all pornography, the “commercialization of sex (prostitution, strip clubs, etc.),” and “sexually oriented businesses.”

Presciently, Mike Masnick, founder and CEO of the influential website Techdirt, warned readers in October of last year about NCOSE, noting that its ulterior motive in supporting FOSTA-like legislation (in the form of SESTA, the Senate’s version of the bill at the time) is the abolition of pornography.

“[NCOSE] certainly seems to think it’s part of the plan to wipe out all pornography,” Masnick wrote. “Considering that other SESTA supporters insist (incorrectly) that SESTA won’t have any impact on speech online, they might want to consider why one of their major coalition partners seems to be eagerly looking for ways to censor the internet.” 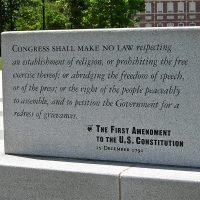