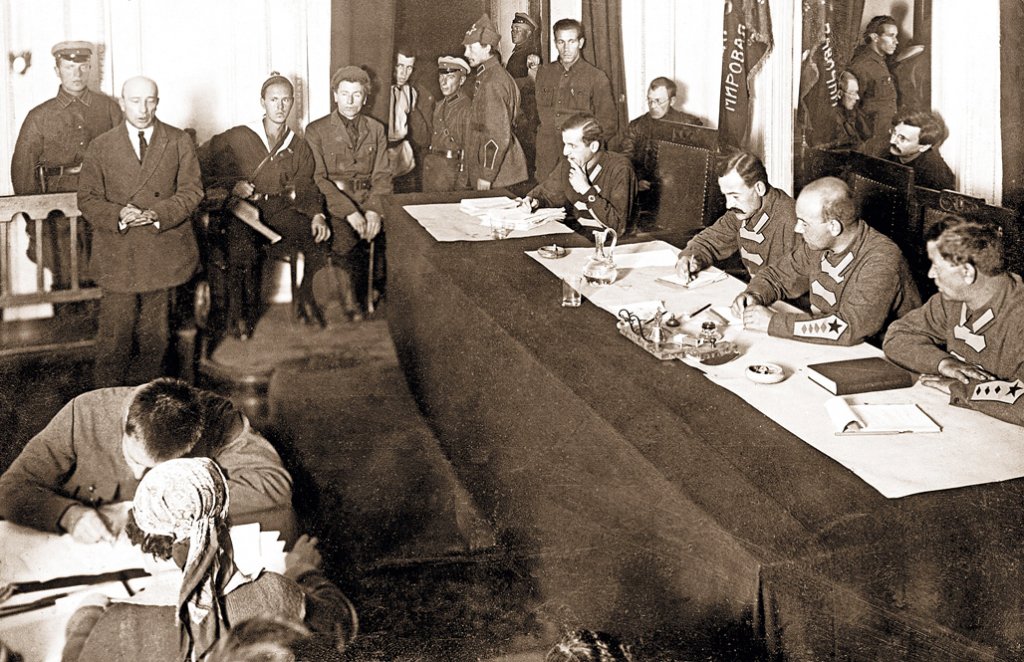 The U.S. government's plan for the Lacey/Larkin trial is more akin to Stalin's show trials than anything in American jurisprudence. (Wikipedia)

Were Backpage execs advised by counsel that the site was operating legally? According to the prosecution, the answer is, "Yes."

In a motion filed Tuesday in federal court in Phoenix, the government asserts that attorneys for Village Voice Media (VVM), the 17-paper alt-media chain once co-owned by veteran newsmen Michael Lacey and Jim Larkin, advised VVM that the Craigslist-inspired classified ad site, Backpage.com, was 100-percent legal.

At the time, Backpage was part of VVM. Lacey and Larkin sold VVM in 2012, separating the two entities. And the two men sold Backpage in 2015.

As a result of this purported legal advice, the government is asking federal Judge Susan Brnovich to preclude the defendants from offering an “advice of counsel defense” in Lacey and Larkin’s upcoming Sep. 1 trial.

An “advice of counsel defense” argues that the defendants acted in good faith, sought the advice of their attorneys, and acted on that advice. It’s a defense to the accusation that defendants specifically intended to violate the law, an element of the federal Travel Act, under which they are charged.

The motion points to documents that the defense disclosed as a part of discovery, calling them “legal memoranda” authored by “various attorneys.”

These “memoranda,” alas, are not attached to the memo. Stone simply quotes the headers of the docs.

“Why Village Voice Media’s Backpage.com Service Does Not Create Liability for Promoting Prostitution.”

“Backpage.com Is Engaged In Protected Speech”

“Even If Section 230 And The Scienter And Remoteness Doctrines Of Criminal Law Did Not Apply, The First Amendment Would Prevent Imposition Of Criminal Liability On Village Voice In This Situation.”

It’s a safe bet that if you constantly read documents with titles like these, you’d assume Backpage was operating legally.

And if the government is correct about the advice attorneys gave Backpage at the time, it would come as no surprise. That tracks with what the courts were saying in a string of legal wins for the company.

Further, when then-California AG Kamala Harris arrested Lacey and Larkin in 2016 and charged them with “pimping” based on their former ownership of Backpage, state court judges twice threw out the charges, rejecting arguments that the site’s content moderation made Lacey and Larkin criminally liable for illicit acts committed by the posters of classified ads.

So according to the courts, Backpage was following the law. No wonder the government wants to block the introduction of any evidence that might show Lacey and Larkin believed they were acting in good faith.

It’s unclear if the documents mentioned by the prosecution will be entered into evidence. In emails attached as an exhibit to the government’s motion,  Assistant U.S. Attorney Andrew Stone asks Whitney Bernstein if the defendants will seek to use “advice of counsel” as a defense. Stone suggests that the defense has waived attorney-client privilege just by making the above memos available.

Bernstein responds to the email, writing that the docs may be used at trial to establish the defendants’ “good faith” and rebut the prosecution’s contention that Lacey, Larkin, et al. acted with criminal intent.

Whether the defense will seek “an advice of counsel jury instruction,” she explained, “will be determined only after hearing and assessing the evidence the government puts on in this case.”

It’s telling that anything the government perceives as potentially exculpatory, it moves to suppress. This is not justice, but something akin to Stalin’s show trials of the 1930s. 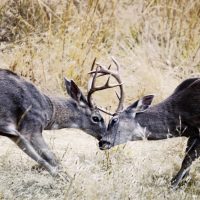 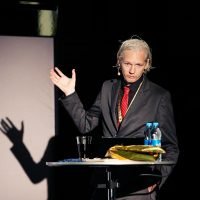 Julian Assange: A Journalist Marked for Death by the United States 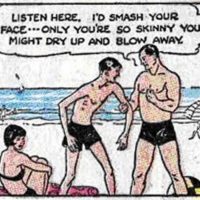