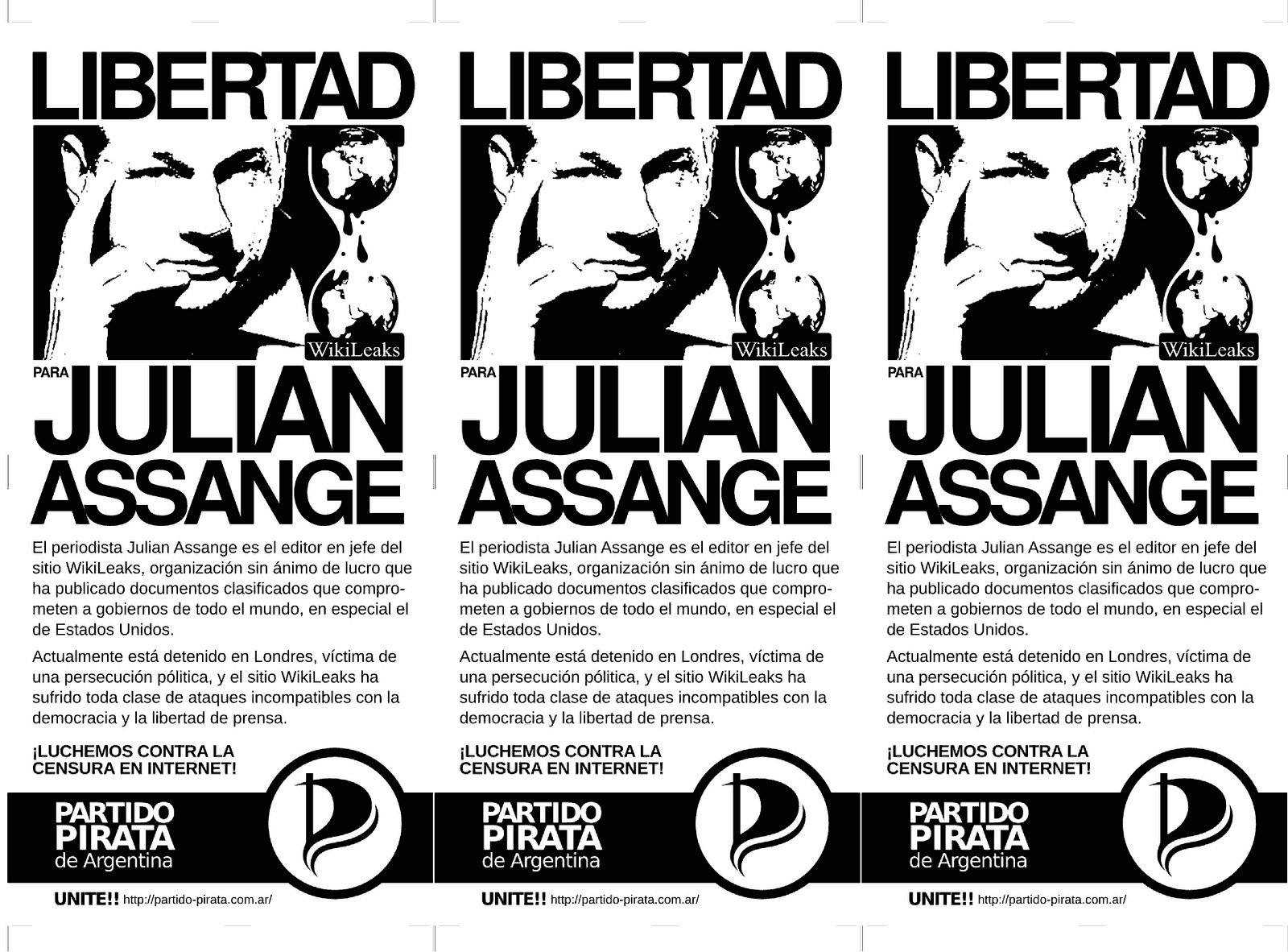 Has the NYT finally joined the worldwide #FreeAssange movement? Not exactly.(OperationPaperStorm via Flickr)

The editors and publishers of The New York Times and other international newspapers are calling on the U.S. government to "end its prosecution" of Julian Assange under the Espionage Act.

More than three years after the arrest and imprisonment of WikiLeaks founder Julian Assange in London and the unsealing of a U.S. indictment against him, the editors and publishers of The New York Times and four European newspapers have signed a joint letter calling on the Biden administration to end Assange’s prosecution for publishing state secrets under the 1917 Espionage Act.

The letter, made public Monday, explains how in November 2010, The New York Times, the Guardian, Le Monde, El Pais and DER SPIEGEL “published a series of revelations in cooperation with Wikileaks” involving “a set of 251,000 confidential cables” from the U.S. State Department, known as “Cablegate.”

Cablegate “disclosed corruption, diplomatic scandals and spy affairs on an international scale,” and to this day, “journalists and historians continue to publish new revelations, using the unique trove of documents.”

Actually, Cablegate was just one of several tranches of secret U.S. documents published by WikiLeaks that exposed wrongdoing, lies and crimes in high places, after being leaked to Assange by U.S. Army intelligence analyst Chelsea Manning.

The Manning leaks included hundreds of thousands documents detailing U.S. wars in Afghanistan and Iraq, as well as shocking footage of U.S. Apache helicopter strikes against civilians in Baghdad. Known as the “Collateral Murder” video,  the footage shows a dozen persons including two Reuters journalists being gunned down. Two children were wounded in the onslaught as well.

Manning was later court-martialed for the leaks and sentenced to 35 years in prison, though President Obama commuted Manning’s sentence to seven years in January 2017, shortly before Obama left office. By that time, Assange had been holed up for several years in the Ecuadorian Embassy in London, where he’d obtained political asylum.

On April 12th, 2019, Assange was arrested in London on a US arrest warrant, and has now been held for three and a half years in a high security British prison usually used for terrorists and members of organized crime groups. He faces extradition to the US and a sentence of up to 175 years in an American maximum security prison.

This group of editors and publishers, all of whom had worked with Assange, felt the need to publicly criticize his conduct in 2011 when unredacted copies of the cables were released, and some of us are concerned about the allegations in the indictment that he attempted to aid in computer intrusion of a classified database. But we come together now to express our grave concerns about the continued prosecution of Julian Assange for obtaining and publishing classified materials.

The Obama-Biden Administration, in office during the Wikileaks publication in 2010, refrained from indicting Assange, explaining that they would have had to indict journalists from major news outlets too. Their position placed a premium on press freedom, despite its uncomfortable consequences. Under Donald Trump however, the position changed. The DOJ relied on an old law, the Espionage Act of 1917 (designed to prosecute potential spies during World War 1), which has never been used to prosecute a publisher or broadcaster.

Note the Times’ reference to its supposed “need to publicly criticize” Assange based on allegations in the original indictment that “he attempted to aid in computer intrusion of a classified database.” Initially, the Trump administration hit Assange with charges related to hacking, later adding the espionage counts in a superseding indictment.

Generally, the Times and other legacy media outlets played along with the charade that Assange was more hactivist than journalist. Significantly, in an April 2019 editorial on the initial indictment, theTimes opined that the case might “help draw a sharp line between legitimate journalism and dangerous cybercrime.”

TheWashington Post’s editorial board declared that Assange was “not a free press hero” and deserved his fate, even if many of the secret files that WikiLeaks published were “newsworthy” and had been the basis for countless reports in mainstream media, including the Post.

In a news piece on the recent statement,Times reporter Charlie Savage revived the issue, writing, “The case against Mr. Assange is complicated and does not turn on the question of whether he is considered a journalist . . .”

Really? So why mention it?

The answer: because the dukes of legacy media demand to be in charge of who is a “real journalist,” and who is not. Never mind that the Times famously published government secrets ripped off by legendary whistleblower Daniel Ellsberg back in the day, i.e., the Pentagon Papers.

When a court ordered the Times to cease publishing, Ellsberg provided the Washington Post with excerpts from the government’s classified history of the Vietnam War. And the Post ran with the story.

But hey, that was different, right?

The Nixon administration unsuccessfully prosecuted Ellsberg under the Espionage Act. Yet, unlike the muckamucks at the Post and the Times, Ellsberg sees little that distinguishes his case from Assange’s.

“Whatever [Assange’s] guilty of, I’m guilty of. The motives were similar. The difference being, I was a source, he was a publisher. He was like the New York Times and the others – more courageous than they are, obviously. But I identify with him totally. The notion that he’s guilty of something that I . . .  wasn’t, is just false.”

In the same interview, Ellsberg speculated on the tepid response from MSM outlets, saying.

I really think that journalists look down on WikiLeaks, in the way that police look down on their informants – they regard them as snitches. They rely on them but they don’t respect them. So why do they treat Assange as badly as Chelsea Manning or me, at the time? I warned Julian that he could expect no sympathy from the New York Times, based on the way I had been treated. That applied to Snowden, Chelsea Manning and all the other whistleblowers.

How many journalists break a story as important as that documented by the Collateral Murder video? How many face government retaliation and the possibility of spending life in prison for exposing the lies of the most powerful country on the face of the Earth? How many are so loathed by the CIA, that the agency’s director conspires to kidnap and/or kill them?

Asked if journalists are more cowardly than in the past, Ellsberg observed that, in general, most people lack the “moral courage to take any risk whatsoever, be it risking their careers or their relationships.” And when it comes to “exposing illegal wars that are undermining the Constitution – even then, you don’t find people willing to take any risks at all.”

Assange’s legal team is still fighting his extradition to the U.S., which the Times apparently would have no problem with — as long as he’s being extradited for the “hacking” allegations, rather than the “espionage.”

The espionage indictment “sets a dangerous precedent, and threatens to undermine America’s First Amendment and the freedom of the press,” the Times tells us.

“Obtaining and disclosing sensitive information when necessary in the public interest is a core part of the daily work of journalists,” the statement reads. “If that work is [criminalized], our public discourse and our democracies are made significantly weaker.”

That, and some “real journalists” — you know, like those at the Times — could end up in prison.

Well, even if the sentiment is half-hearted and several years short, still, better late than never, eh?

A little free advice: If theTimes and other MSM really want to get ahead of the curve, perhaps they could join libertarians and assorted others in calling on the DOJ to kick the Lacey/Larkin case to the curb.

After all, the government’s pattern of lying and misconduct when it comes to the prosecution of  award-winning journalists and former Backpage owners Michael Lacey and Jim Larkin rivals the DOJ’s bad faith in the Assange case and has already led to one mistrial.

Now, wonder of wonders, theTimes is on record as stating that “publishing is not a crime.”

Indeed, it is not. In fact, it is protected by the First Amendment. The same part of the Constitution that protected The New York Times in the Pentagon Papers case. 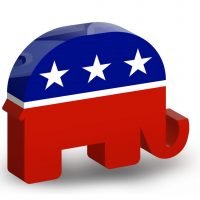 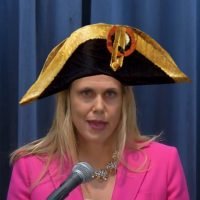